Aside from her early fascination for craftsmanship, there was nothing to suggest that Anne Biéler would become a key figure in the world of Haute Horlogerie.

Aside from her early fascination for craftsmanship, there was nothing to suggest that Anne Biéler would become a key figure in the world of Haute Horlogerie.
“H

ow did I first get involved in watchmaking? How come I stayed so long in the industry?” Anne Biéler asks herself out loud, with a mischievous look.

The answer is spontaneous: “It’s not so much for the watches themselves, but more because of the people behind them: the watchmakers and the craftsmen. I have met some fantastic people.”

Aside from her early fascination for craftsmanship, there was nothing to suggest that Anne Biéler would become a key figure in the world of Haute Horlogerie.

The Fondation Sandoz approached her in 1995 to work on the communication of the Parmigiani brand that it was preparing to launch. At the time, Anne, who had travelled the world with her diplomat husband, was involved in dance and theatre. She was head of ARC, a home for artists in Romainmôtier, at the foot of the Jura.

When she discovered the workshop where Michel Parmigiani restored antique timepieces, she fell in love with this exceptional art. She has kept up this passion ever since.

When she discovered the workshop where Michel Parmigiani restored antique timepieces, she fell in love with this exceptional art. 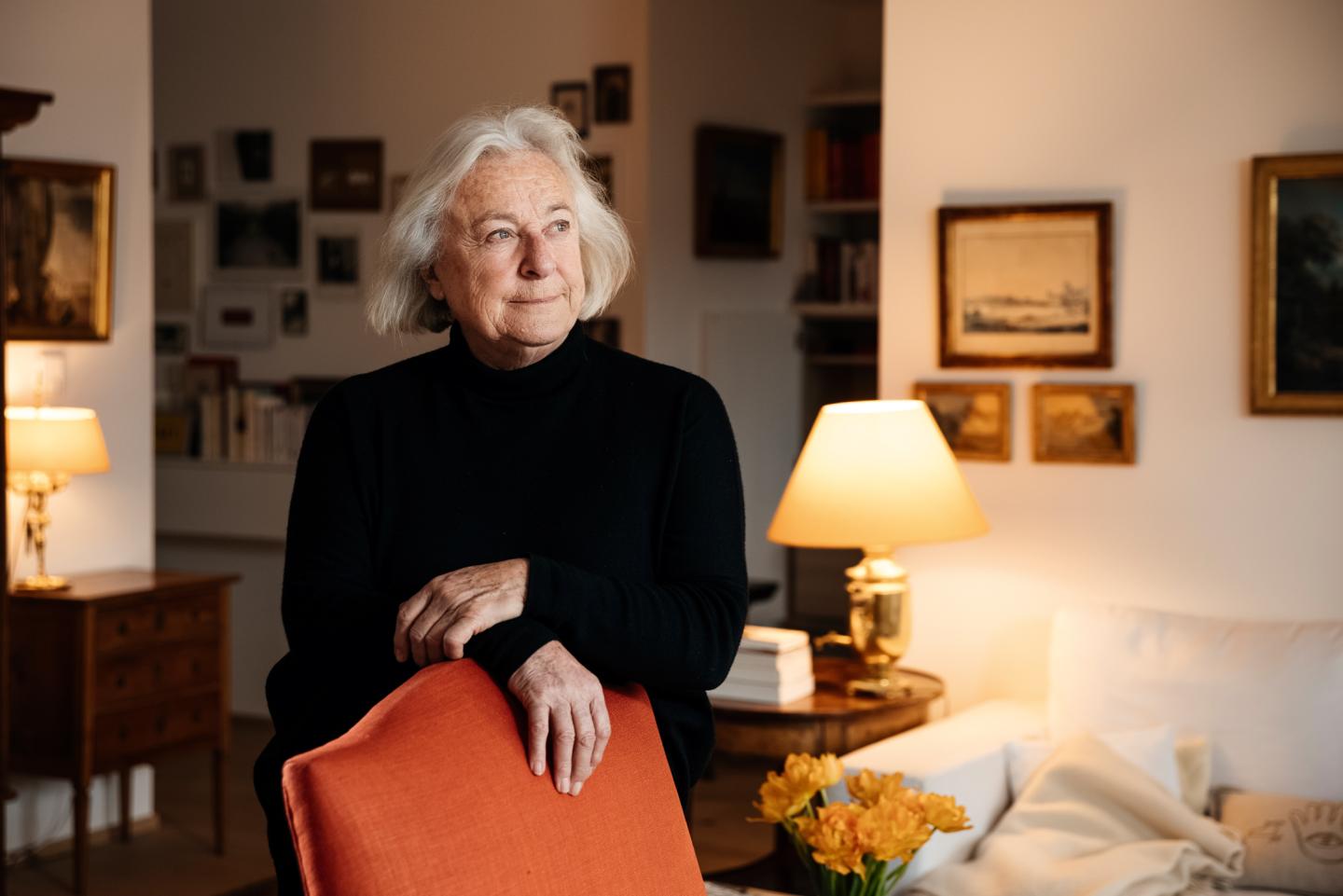 “I learnt so much from Michel. At the time, relations with watchmakers were direct, there were no intermediaries. That has all changed. Gradually everything has become controlled, delineated and compartmentalised. But the best part of this industry is the relationships,” she sighs. ”However, watchmaking is unfortunately simply following the trend of society as a whole.”

She left Parmigiani on a whim in 2000, and found herself unemployed. Three days later though, she got a call from Franco Cologni asking her to work in the communications and press relations department of the SIHH.

“Gradually everything has become controlled, delineated and compartmentalised. But the best part of this industry is the relationships.”

“I loved working with him, and with Fabienne Lupo. Franco Cologni was my mentor. He was uncompromising but brilliant, a true visionary. He forces you to excel yourself intellectually. He is clever, seductive and has a great ability to unite people. But you don’t want to get on his wrong side. There’s no one like him left in the watch industry today. Standardisation comes at a price.”

Another significant encounter was with Gino Macaluso, who was the director and owner of Girard-Perregaux. She worked by his side from 2004 to 2010 for the Swiss press. “Gino was a gentleman. He was more of an aesthete than a businessman. Everything was based on beauty with him. And the atmosphere was always pleasant. I was very fond of him.”

She then moved to Vacheron Constantin, where she was taken on by Juan Carlos Torres. “I mainly worked on major cultural partnerships, with the Institut des métiers d’art, the Ballet de l’Opéra de Paris, the Orchestre de la Suisse Romande, etc. I stayed there four years, working hands-on with the arts.”

From then on, Anne Biéler, who had always worked freelance, left the watchmaking industry and pursued her career in culture, supporting artists and, among many other things, working on the Verbier Music Festival.

“That is what I have always enjoyed most: being in close contact with artists and creators, beauty, diversity and new generations. I have got so much out of it, which is the main thing.” As the saying goes, you get out what you put in.

THE KEY OBJECTS OF ANNE BIELER

“It was written by my grandmother. She was an exceptional woman and a friend who taught me everything I needed to know in life. She was always surrounded by young people and artists. I have never stopped using her recipes. I photocopied the entire book for my children, so that it gets passed down the generations.”

“These, very light silvered candlesticks were hand-blown and passed down the family. I recently moved, and I only took with me objects with me that have a history. It is a token of my love for craftsmanship. It is also a form of connection: I learnt to be sensitive to beauty and elegance.”

“This photo was taken by photographers Lehnert & Landrock, in their bookshop in Cairo, which they moved to in the 1930s. In fact the bookshop still exists. I take this photo with me everywhere. It represents my awareness of the inequality of opportunity and access to culture. I discovered poverty and instability in Egypt, but also their gift for being welcoming and their generosity.”

“Dominique Appia, a painter and friend, drew my house in Portugal. It used to be a sheep pen when I bought it 40 years ago. Over time, it has virtually turned into a hamlet. It is here that I started to discover Portugal. It is a country full of gentle, proud and modest people. It is not a Mediterranean country, it overlooks the Atlantic. It opens onto the ocean, bringing a sense of melancholy and fatalism. It is a country like no other, removed from the hustle and bustle of other places. It is my refuge.”

“You need to put a little water in the bowl, and soap in the middle so that it doesn’t slip. It is a very intimate object that reflects a form of feminine wisdom. Women meet up and talk in hammams. I have met some extraordinary people there. It represents calm, relaxation and sharing. This simple hammam bowl symbolises my entire relationship with the Middle East.”

“During a private sale for employees, Gino Macaluso said to me, ‘Buy that one!’, and I followed his advice. I like this watch because of its simplicity, its ultra-flat thinness and its very fine hour markers as well as its elegance. It is basically exactly what Gino liked. He was a man of culture and knowledge, and had a remarkable eye for detail. He was the epitome of elegance. A great man.”

THE WATCH FILE Swordsmith Sadanobu Gassan works with Casio to craft watches for a dedicated MR-G line. The heir to six generations of artisans, he explains how he works (...)

TIME.KEEPER Born in 1921, Georges Dubois still lives in the small house bought by his father in 1923. Around the age of 15, not knowing what do in life but needing to (...)

TIME.KEEPER It all started with his passion for insects, then it was the skateboard, and only later the watch. On his way home from school, he would gaze at the (...)