The watch industry has no shortage of sleeping giants. The most emblematic of them, Universal Genève, belongs to the Hong Kong group Stelux, which is keeping it in hibernation. Minerva, for its part, was transferred to Montblanc by the Richemont group. Another, Nivada Grenchen, is currently undergoing a revival, under the impetus of a young serial entrepreneur and watch industry veteran.

The watch industry has no shortage of sleeping giants. The most emblematic of them, Universal Genève, belongs to the Hong Kong group Stelux, which is keeping it in hibernation. Minerva, for its part, was transferred to Montblanc by the Richemont group. Another, Nivada Grenchen, is currently undergoing a revival, under the impetus of a young serial entrepreneur and watch industry veteran.
I

t is a striking illustration of the power of the written word: “Chronomaster Story”, the book by Grégoire Rossier and Anthony Marquié on the history of Nivada, had such an impact that it is now leading to the relaunch of the brand. The authors of the famous “Moonwatch Only” books, on Omega’s Speedmaster, set out to record the destiny of the Chronomaster Aviator Sea Diver in this 300-page book, published in 2018. This professional watch in question was produced by Nivada in partnership with the American firm Croton starting in 1961. The book, published by our partner Watchprint, should be on everyone’s reading list.

The Nivada Chronomaster, featured in 1967 in Europa Star
©Europa Star

Between Paris and Hong Kong, an idea was born: to relaunch Nivada globally.

Among those who got their hands on a copy of the book, one reader was even more passionate than the rest: Guillaume Laidet, a French businessman who, among other things, founded the watch brand William L 1985, which he has since sold (read our portrait here). William L’s watches are produced in collaboration with the private label company Montrichard, based in Switzerland, Hong Kong and Shenzhen (read more here). The director of Montrichard, Rémi Chabrat, also works with the current holder of the rights to Nivada, the company Holzer & Cie, based in Mexico, which still distributes models under this name, but only on the Mexican market.

Guillaume Laidet is a serial entrepreneur in the watch industry: after founding William L (which he sold), he is now organising the relaunch of Nivada Grenchen.

Between Paris and Hong Kong, an idea was born: to relaunch Nivada Grenchen globally, under licence from Holzer & Cie. Holzer & Cie welcomed the project enthusiastically, the parties came to an agreement, and the project was launched. Watchmaking is first and foremost a matter of networking, as the story of this relaunch clearly demonstrates!

Nivada’s golden age dates back to the post-war decades, which saw the appearance of watches that are still bestsellers on the world market today.

Nivada was founded in Grenchen, Switzerland, in 1879. The brand’s glory years came to an end a century later, during the quartz crisis. Its golden age dates back to the post-war decades, precisely those that saw the arrival of watch models that are still bestsellers on the contemporary watchmaking market. “Our intention is to produce models that are as close to the originals as possible, while remaining affordable,” explains Guillaume Laidet. 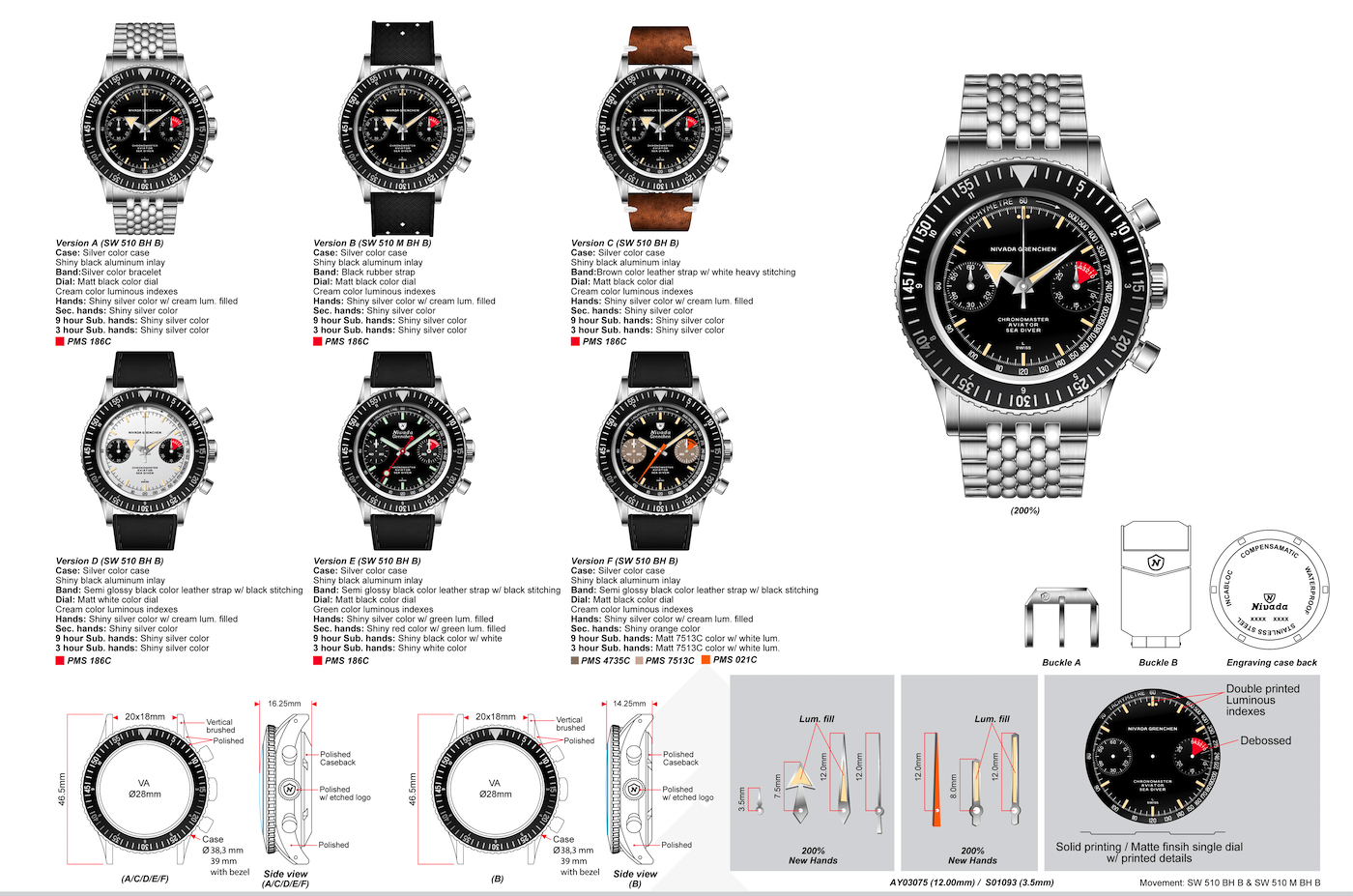 The initial series of re-editions, which will be available for pre-sale during the summer, has been unveiled. The first customers who order the Chronomaster will also receive the book by Grégoire Rossier and Anthony Marquié. This re-edition is priced at 1,600 euros with a manual movement and 1,800 euros with an automatic movement.

The re-edition of the Chronomaster Aviator Sea Diver is equipped with a Sellita SW 510 movement.

In addition to the Chronomaster, the new entity is also relaunching a series of models in the Antarctic collection, starting at 650 euros with a leather strap (850 euros with a steel bracelet). All the new models are equipped with Sellita calibres. “We thought about using vintage movements,” say Guillaume Laidet. “That will be the next step, with more high-end models. My dream is a re-edition with a vintage Valjoux calibre.”

“We thought about using vintage movements. That will be the next step.” The verdict of the “Nivada community”

For the time being, the new team has been communicating primarily through Instagram. Nivada may have gradually died out, but its community of followers has remained lively, and has organised itself around social networks, which include several groups and forums dedicated to the brand. “The United States, where Croton distributed the brand for decades, as well as other countries such as Germany and Sweden, have thriving communities of enthusiasts. Nivada was just waiting to be awoken.”

The re-edition of the Antarctic watch

Contrary to what he did for William L, Guillaume Laidet will not launch a Kickstarter campaign for Nivada Grenchen. “We’ve been seeing a bit of everything on the platform for a few years now, and we want to avoid labelling the brand in a way that wouldn’t suit it. And let’s not forget that, with the fees taken by Kickstarter and bank fees, about 10% of the money raised from the community doesn’t go to the projects themselves.” The new structure is planning to implement a direct sales model on its website.

The startup that is relaunching Nivada Grenchen intends to capitalise on renewed interest in the brand, as the popularity of designs from the 1960s is at an all-time high.

The Antarctic, featured in 1966 in Europa Star
©Europa Star

An important issue for the rebirth of this brand, as for those that preceded it, will be certainly be its credibility in the eyes of fans of Nivada’s heritage. The popularity of the brand’s vintage models has soared since the book devoted to the Chronomaster Aviator Sea Diver was published. The startup that is relaunching Nivada Grenchen intends to capitalise on this renewed interest. If it succeeds, it may pave the way for revivals of other “sleeping beauties” in watchmaking, particularly through the new power of social networks. As always, it will be a matter of authenticity in the approach... and of time.

After Versace and Ferragamo, Timex Group Luxury Division secures the licence for the new production of Missoni watches. How did they achieve it, in a world (...)

VIDEO CHANNEL This Muse timepiece is inspired by Celtic art, 3 circles represent the goal, the target. 3 wings are the symbols of our action, the arrow. Be the arrow of (...)

TIME.KEEPER The Swiss startup Muse Watches was launched Geneva in 2017. The timepieces of the micro-brand embody nature’s beauties through their original dials and (...) 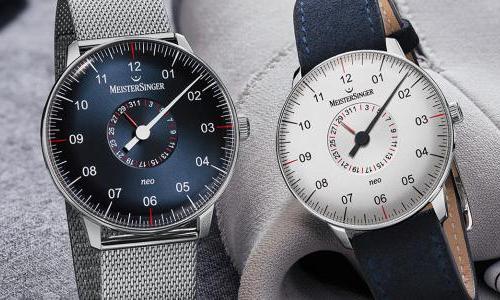 IT ALL BEGAN WITH A SINGLE HAND...

A classical MeisterSinger timepiece with a new complication: the Neo Pointer Date. The date circle is located tightly around the center of the dial, (...) 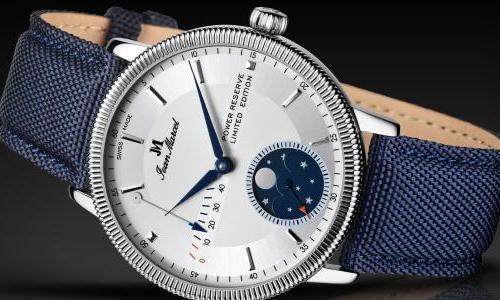 CLASSIC OF THE FUTURE

With Pretiosum, Jean Marcel has launched a new collection of mechanical watches that may well-deserved be called a ’classical of the future’. Historical (...) 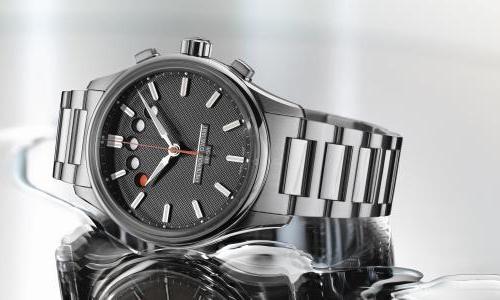 A Frédérique Constant signature timepiece, the Yacht Timer Regatta Countdown made its return to the watchmaking scene in 2019. It joined the Maison’s (...) 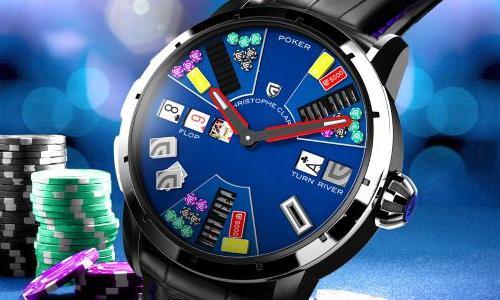 Poker is yet another demonstration of Christophe Claret’s daring know-how. The Poker is equipped with an extremely sophisticated mechanism to reproduce the (...)