egid introduced the patented EVOL® system, which allows its mechanical watches to be transformed in a few seconds while preserving their precise watchmaking properties. A premiere in watchmaking. Now, the brand is moving forward and strengthens its portfolio with the Mirage collection, the first comprehensive watchmaking creation of its new artistic director, Jerôme Coste. 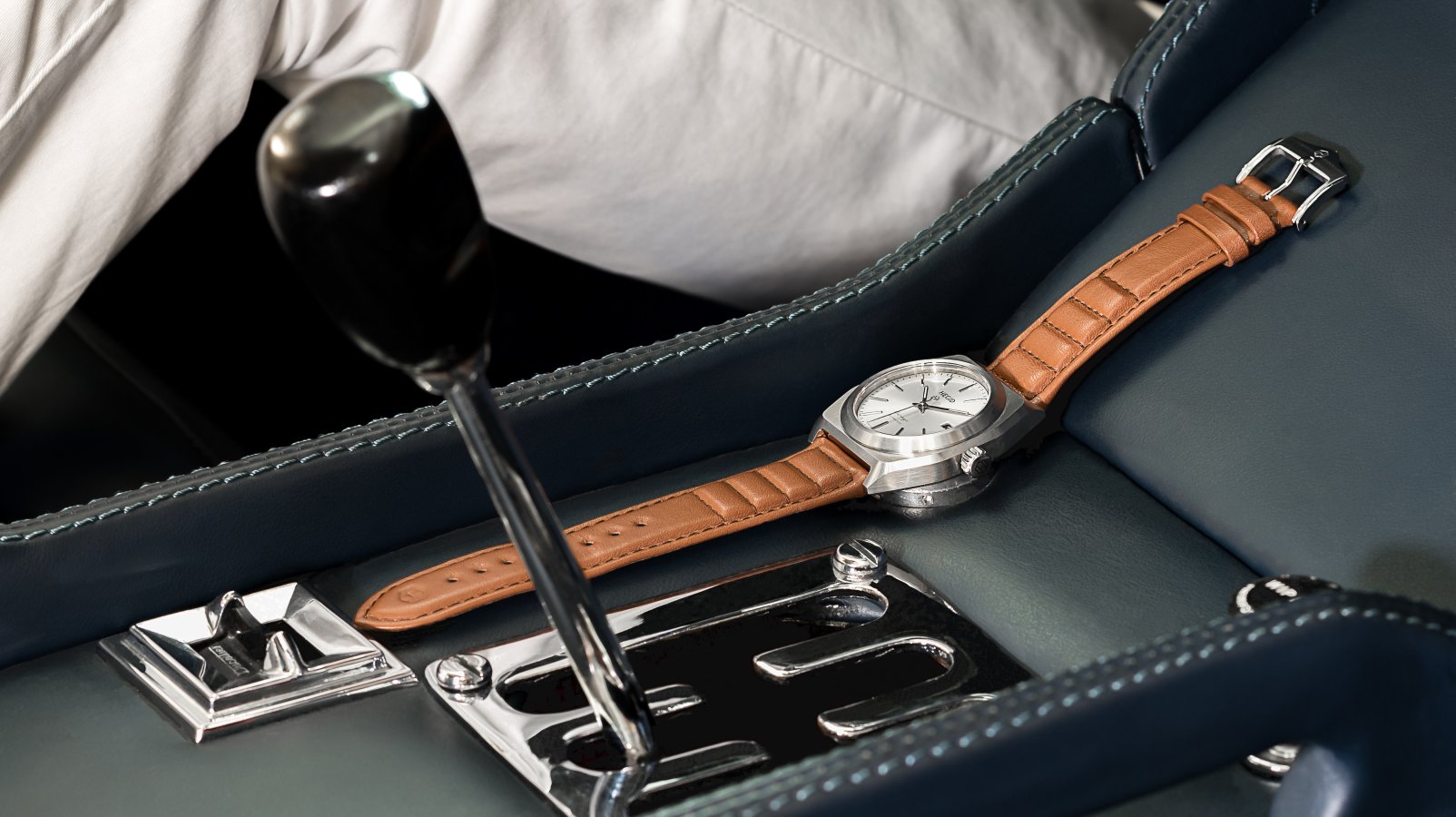 The idea of this watch was born from a mirage, a pure fantasy, the nostalgic dream of a happy era. At the end of the 1960s, between the continuation of the Dolce Vita and the expression of new aspirations, a boundless appetite for freedom was leading to a promising future. This mirage took the form of a romantic ride on an elegant and racy transalpine supercar, more specifically a Lamborghini Miura. 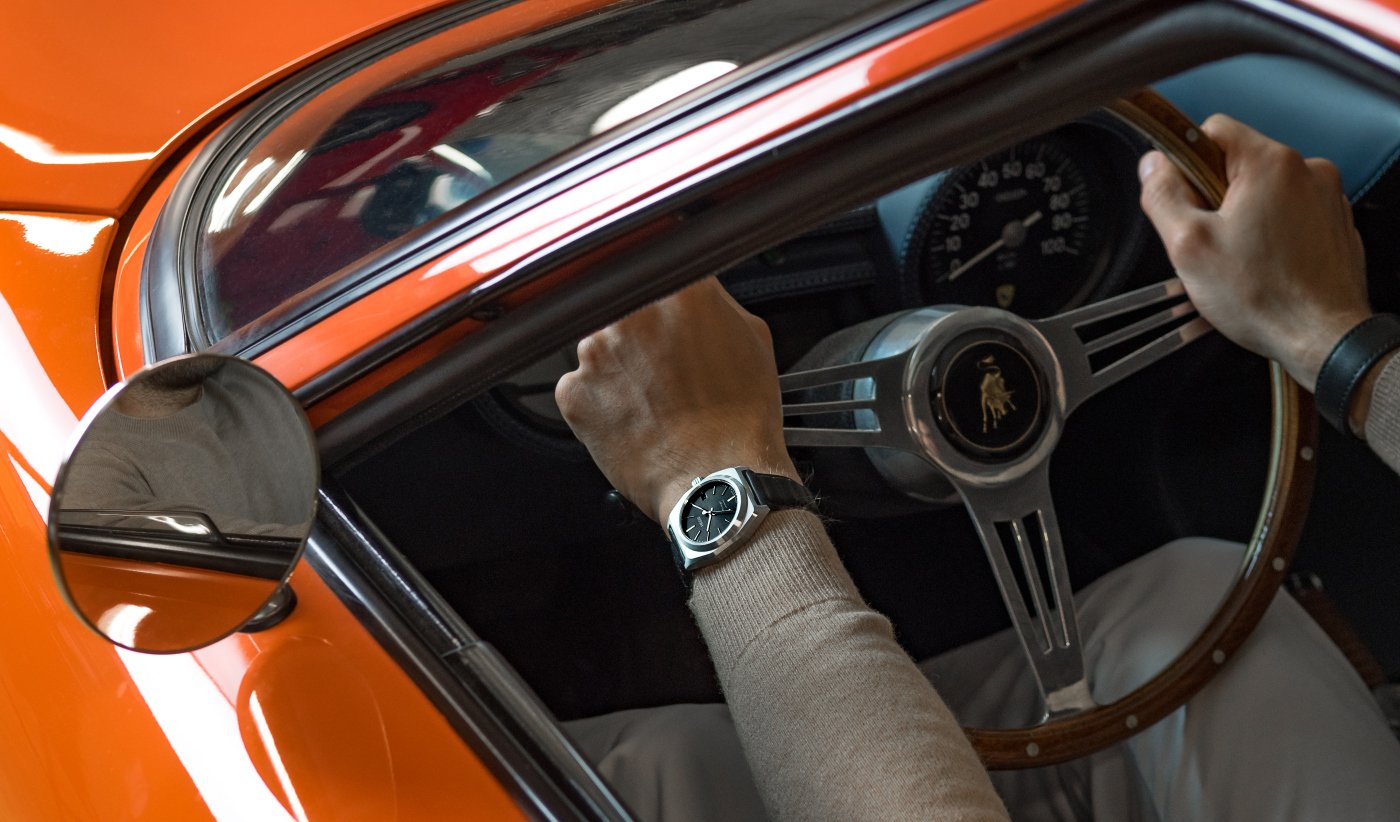 With the lyrical soundtrack of its powerful twelve-cylinder V-engine, the speedster gently rolls along the sinuous mountainside roads of the Italian and then French Riviera, from Portofino to Saint-Tropez. In addition to the thrill of speed, there are improvised stops on the wild creeks for a picnic or a swim... This sun-drenched representation set the atmosphere into which the new Hegid Mirage watch was intended to fit.

The bold lines of the Italian cars at the genesis of ’ Wedge Design ’ inspired the aerodynamic curves of the Mirage watch. Its design features a retro-futuristic balance in the blend of rounded corners and the frank lines of the chamfer surrounding it.

The Mirage Carrure, the resistant body of the watch, wears a sharp octogonal silhouette in steel. The sobriety of the brushed up satin finish on its surface matches perfectly with the polished metal of the crown and the other metallic details of the Mirage Capsule. This Carrure assembles naturally with the other Capsules of the Maison from both mechanical and aesthetical considerations. Its aerodynamic curves and its robust bezel which is flush with the sapphire glass offer a Coupé profile to this slender watch. Propelled at high speed, attached to the arm that steers the vehicle, while the other hand shifts gears, the Mirage Carrure takes a breath of fresh air and its multiple facets interact with the sun’s rays.

The Capsule Mirage, the mechanical heart of the watch, is distinguished by its radiant and sophisticated dial. The delicate moving reflections of the light on its ’ Sun ’ -finished dial reveal its fine metal hands. These wander between the bright polished steel ‘ stick ’ markers at the precise rhythm of its mechanical self-winding movement.This Swiss watchmaking engine differs from that of the Inaugural Series by the appearance of an aperture indicating the date, a new second hand with the Hegid monogram and a new openworked oscillating mass, marked with the Hegid signature: “EVOLUTION”.

This can be seen on the back, and reveals the technical lacework hidden under the Mirage’s dial. After hours of roaming the mountain, on the edge of the abyss, when the heat becomes intense and it is time to take a refreshing bath in a creek, the Mirage Capsule remains on the wrist and plunges into water, up to 100 meters deep, before heading back on the road. Once the destination is reached, the sunset reveals the night and its delights.

Once again, the Mirage Capsule, charged with the sun’s rays of the day, enables to stroll until twilight thanks to the glow of its luminescent hands and its 40-hour power reserve.

The Mirage Bracelet is another original creation. Its quilted strands suggest the comfortable seats in padded leather, so typical for the sports and grand touring cars of the 60s. The bracelets are made of lined nappa leather and are resistant to both sun and rain. This saddle leather finish is the ultimate touch that marks the intrepid personality of the Mirage. 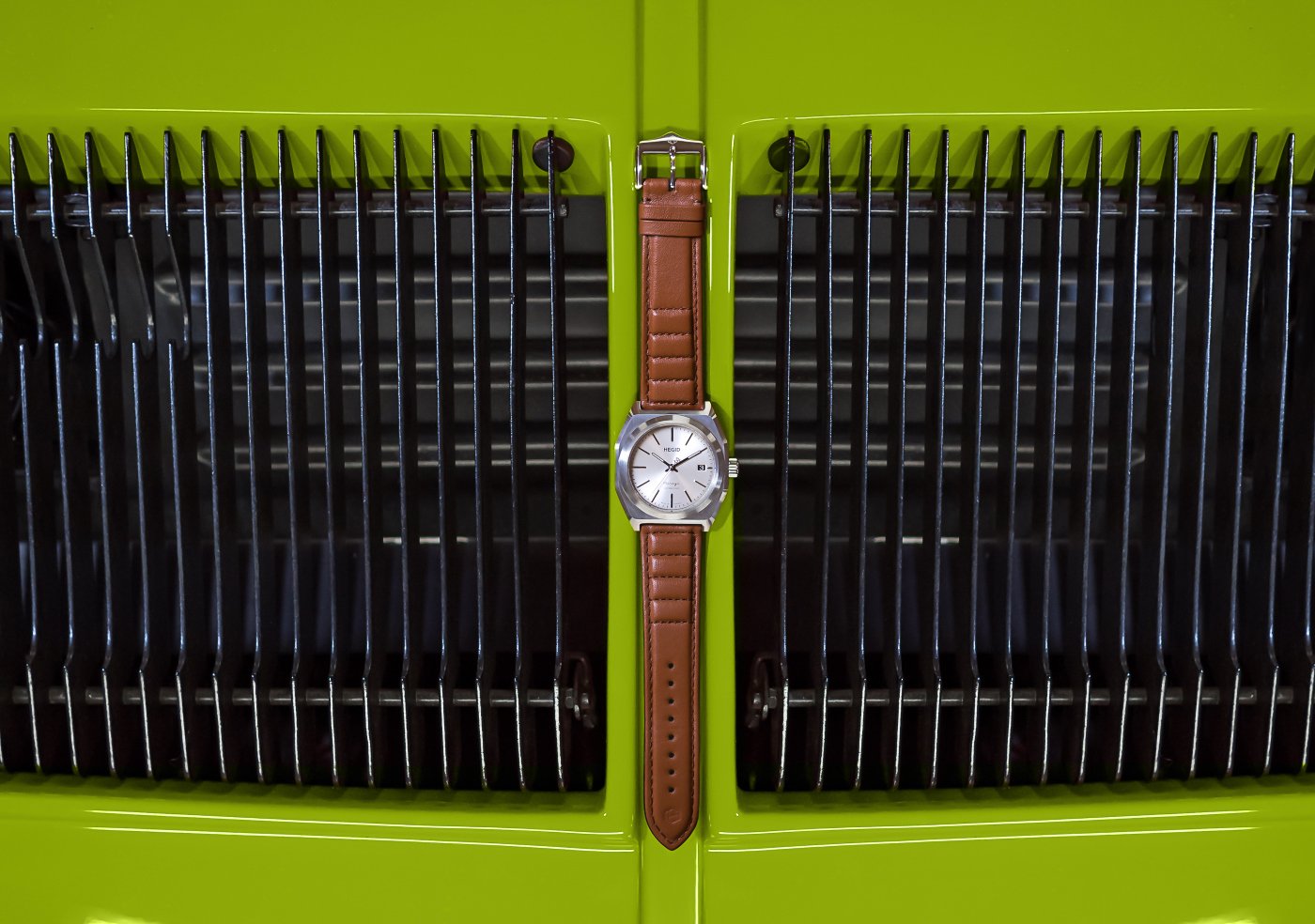 The Capsules, the Carrures and the Bracelets of the Mirage watches are produced in French workshops following a responsible production process, like the entire range of Hegid products.