Inaugurated in Monaco last year at the initiative of Karl-Friedrich Scheufele, the watch gallery is a one-of-a-kind philanthropic concept, bringing together the rarest of watchmaking creations. Urwerk starts the series with a one-of-a-kind UR-T8 “Raptor”, which will be auctioned off on behalf of the Monaco Red Cross.

Inaugurated in Monaco last year at the initiative of Karl-Friedrich Scheufele, the watch gallery is a one-of-a-kind philanthropic concept, bringing together the rarest of watchmaking creations. Urwerk starts the series with a one-of-a-kind UR-T8 “Raptor”, which will be auctioned off on behalf of the Monaco Red Cross.
R

ooted in the Monaco society, “Art In Time” is now extending its involvement to include local charities via a series of unique timepieces, created exclusively for the store: part of the sale proceeds will be passed on to non-profit associations in Monaco.

Art In Time is an outstanding space dedicated to rare watchmaking located in the heart of Monaco. The brands represented there are not curated considering their type or style, but rather according to the values they convey, such as independence, creativity and rarity. Mr. Karl-Friedrich Scheufele, the man behind this concept, who is also the President of Chronométrie Ferdinand Berthoud, has now added yet another important concern – philanthropy.

“Most of the firms featured at Art In Time already support causes dear to their hearts,” explains Karl-Friedrich Scheufele. “Charity work has always been a key part of Monaco’s identity, and I felt it was important to showcase the sum total of these different acts of generosity in our new venue.” 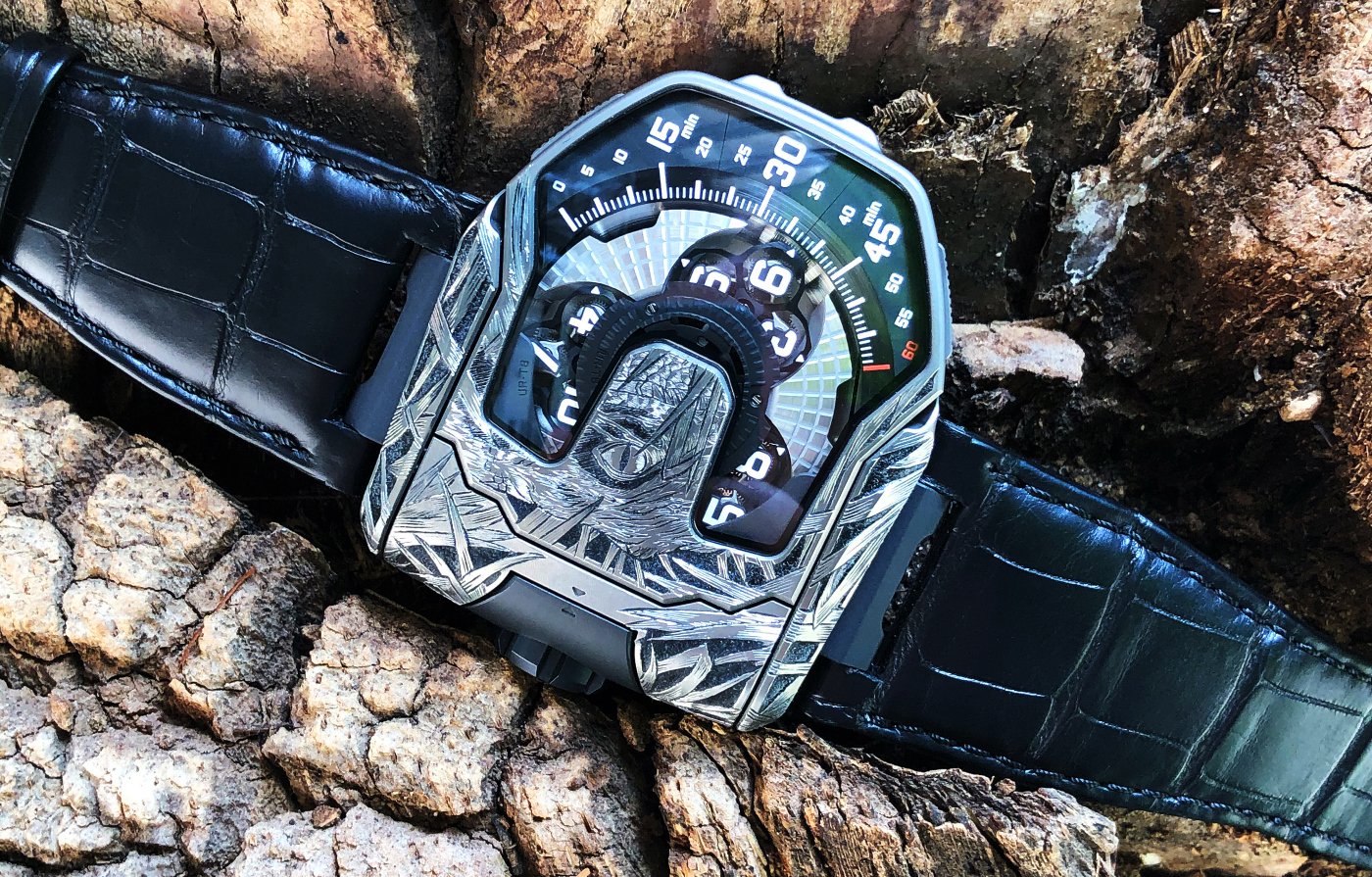 A long-term project – launched with a unique Urwerk timepiece

Time being the common denominator of all the works to be found at Art In Time, the initiative is part of a long-term, durable philanthropic undertaking. The independent watchmaking firms represented there have agreed to invest their talents and creativity in the development of a series of unique pieces that will be unveiled in succession. Each creation will be sold exclusively at Art In Time, and part of the proceeds of each sale will be passed on to a Monaco non-profit association.

The first such timepiece in this series has now been completed: produced by Urwerk, it will be supporting the Monaco Red Cross. “Amid the current crisis created by the Covid-19 pandemic, we decided we should be supporting a charity providing humanitarian aid that has been very much on the front line in recent months,” says Karl-Friedrich Scheufele. “We’re very proud to be able to count on the support of our partners at Urwerk: they’ve joined us in this initiative by producing a hand-engraved ‘Raptor’ UR-T8, crafted especially for ART IN TIME.”

“Our friends at Art in Time told us more about the mission of the Monaco Red Cross, spurring us to develop this unique piece, from which part of the proceeds will be donated to the charity,” explain Urwerk’s co-creators Felix Baumgartner and Martin Frei. “Urwerk and Art in Time don’t just share a passion for watchmaking – we hold values in common, too. We’re proud and delighted to be standing with them in such a generous project.” 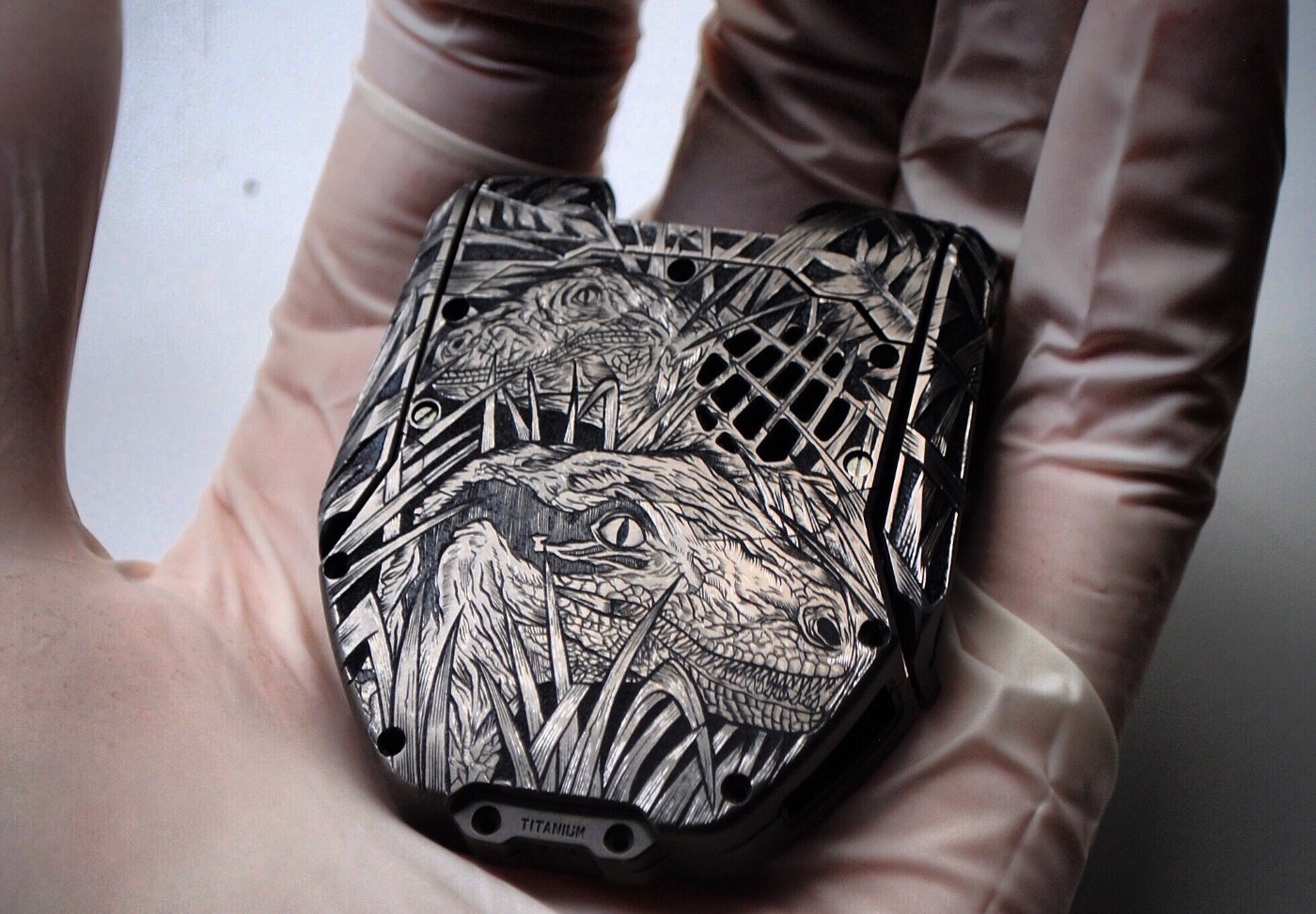 This first creation marks the start of a charitable initiative that will last several months, allowing Art in Time to become still further involved in local life in Monaco – and make its own contribution to the principality’s noble and long-standing philanthropic tradition.

The UR-T8 “Raptor” by Urwerk, a one-of-a-kind model to support the Monaco Red Cross

The UR-T8 is the ultimate timepiece. Designed to celebrate 20 years of Urwerk, this UR-T8 is a distillation of the independent watch brand’s unique blend of expertise and craziness. To make it even more exceptional, talented metal engraver Johnny “King Nerd” Dowell has devoted his talent to creating a truly one-of-a-kind model by adorning the body of the UR-T8 with the reproduction of a scene worthy of the film Jurassic Park: two fearsome, larger-than-life T-Rex Raptor heads.

The sale of this original one-of-a-kind model created for the retailer Art in Time / Monaco – a unique boutique dedicated to Independents initiated by Mr Karl-Friedrich Scheufele – is intended to benefit the Monaco Red Cross.

Launched in 2017 to commemorate the brand’s 20th anniversary, the UR-T8 is Urwerk’s first “transformable” watch. A series of precise actions unlocks the case from its cradle, flips it over and returns it with a satisfying click to protect the time beneath a titanium and bronze shield. Another press on the two buttons on the side of the case releases the mechanism, lifts it vertically, rotates it 180° about its axis and clicks it back into its cradle to return to its basic role as a watch. 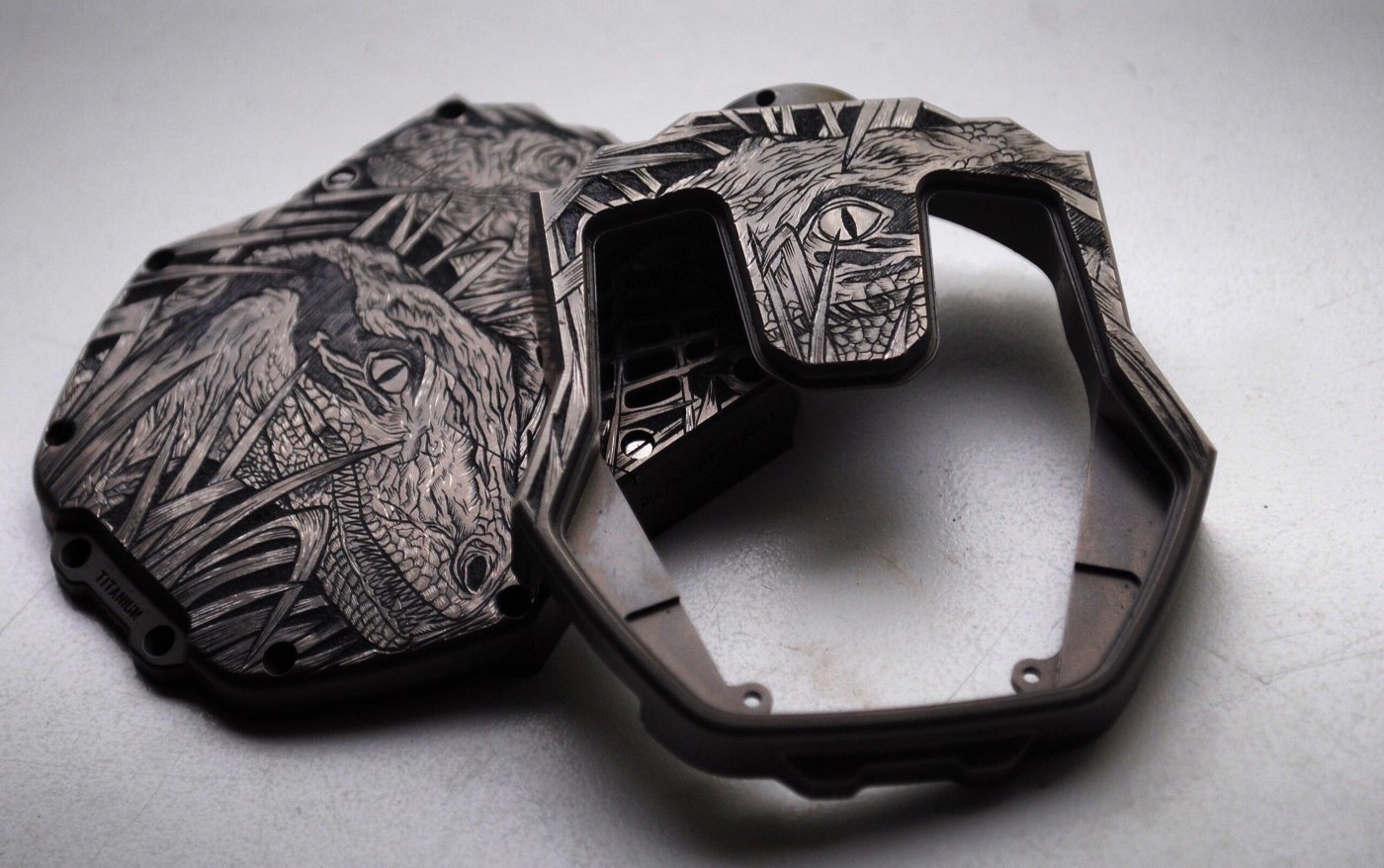 This model features a new version of Urwerk’s signature wandering time indication: the most intuitive way to telling the time. The 12 hours in groups of four sweep successively across the 60-minute scale to display the time both digitally and analogically. This is the largest and most elaborate carousel configuration ever designed by Urwerk. Each satellite rests on a carousel, which in turn is governed by a mega carousel. Complex planetary gearing transforms these intricately entwined watch jewels, wheels and screws into a meticulously orchestrated ballet.

Another unique Urwerk technical feature is the turbine-regulated automatic winding. A turbine connected to the rotor ensures constant and linear winding of the UR-T8.

For Urwerk designer and co-founder Martin Frei, a wristwatch is an object that invites interaction, appealing to your visual as well as to your tactile senses. You don’t just wear your UR-T8, you engage with it. “Our UR-T8 of course recalls the Reverso watches, we have unstructured the concept to create a genuine Urwerk model. The UR-T8 features all the characteristics that we have made our own: the huge crown, the organically shaped sapphire crystal, the textured case that invites your touch, a strong personality and a recognisable visual signature”.

Its special aesthetic also owes a lot to the artistic work done by Johnny “King Nerd” Dowell: "When I was given the UR-T8 as a basis for my work, my eyes shone immediately. I was granted carte blanche to adorn the front and back of the watch and I had a lot of fun with it. The dark side of the case inspired me to create this slightly aggressive, dangerous, primitive pattern. I also indulged in one of my favourite exercises, working on shading and subtle colour gradients.”

Under the impetus of the Art in Time boutique, this one-of-a-kind model will be auctioned off on behalf of the Monaco Red Cross, whose daily activities are dedicated to helping those in difficulty. As Karl-Friedrich Scheufele explained: “In the current context due to COVID-19, we felt it was important to support this humanitarian aid association, which has been on the front line of the fight against the pandemic in recent months.”