Girard-Perregaux unveils the Cosmos Infinity Edition, an evolution of the Cosmos released in 2019. Limited to just eight pieces, this latest edition grants a high quotient of exclusivity. This masterpiece showcases Girard-Perregaux’s horological know-how, uncompromising finishing and artisanal craftsmanship. The Grade 5 titanium composition is juxtaposed with an array of parts dressed in black onyx.

Girard-Perregaux unveils the Cosmos Infinity Edition, an evolution of the Cosmos released in 2019. Limited to just eight pieces, this latest edition grants a high quotient of exclusivity. This masterpiece showcases Girard-Perregaux’s horological know-how, uncompromising finishing and artisanal craftsmanship. The Grade 5 titanium composition is juxtaposed with an array of parts dressed in black onyx.
T

he Cosmos Infinity Edition features no less than three exceptional complications. Firstly, a lyre-shaped Tourbillon cage is held in position by Girard-Perregaux’s signature ‘Neo Bridge’. Secondly, a terrestrial globe, positioned at 3 o’clock, proves an eye-catching means of conveying whether the indicated time is day or night. And thirdly, a celestial globe displays the constellations of the Zodiac. Both globes are formed of polished onyx and are hand-decorated using micro-painting. This artisanal technique involves the application of pink gold to each globe, bestowing a sublime contrast with the glossy black onyx stone. The hand-painting of each globe can be personalised on request. 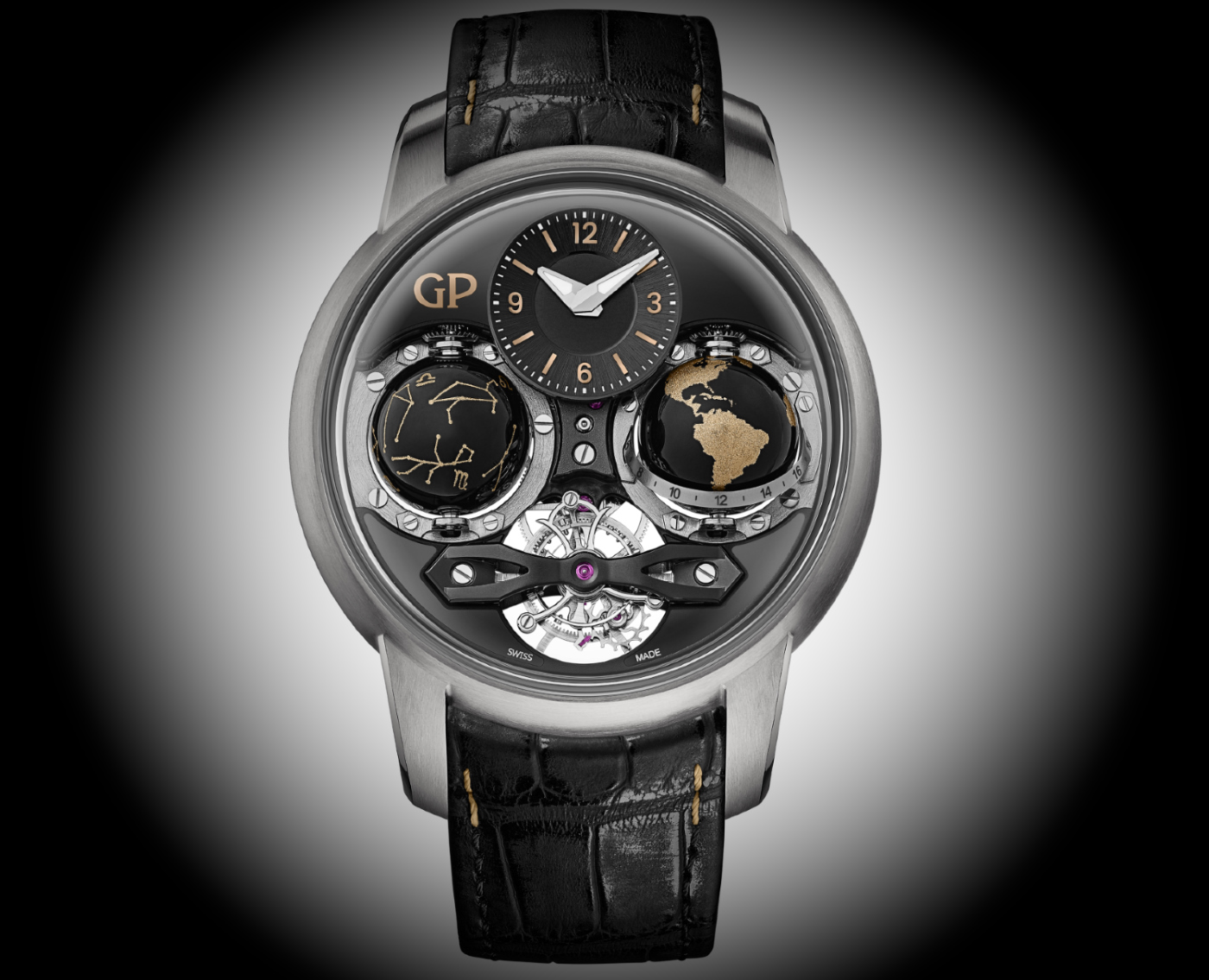 In astronomy, terrestrial time is the measure of time defined by the Earth’s orbital motion. The Sun revolves around the Earth every 24 hours. Celestial time, more commonly known as sidereal time, equals the rotation period of a celestial object. Basically, the celestial vault scrolls past the Earth in just 23 hours and 56 minutes. Unlike the real world, viewing constellations on the dial of this model is not impeded by light pollution or limited light. 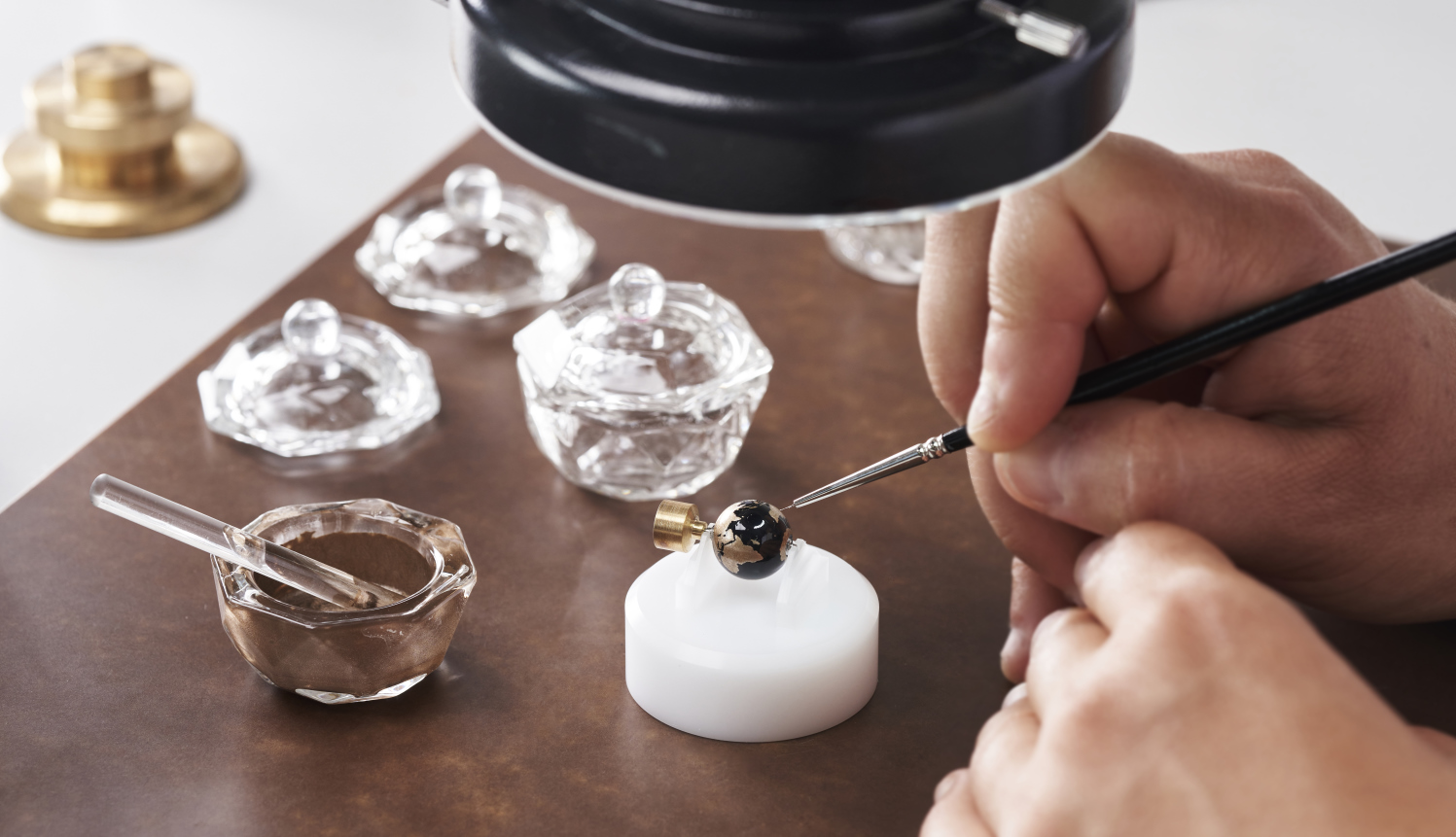 The Tourbillon is presented at the base of the mainplate. Its purpose it to mitigate the adverse influence of gravity on the balance, thereby enhancing precision. A Neo Bridge straddles the opening for the tourbillon and is made of space-age Grade 5 titanium alloy with black PVD treatment. This bridge and large opening afford mesmerising views of the Tourbillon cage rotating and the balance and escapement in motion. The complexity of a tourbillon necessitates much expertise to assemble and regulate. This competence has always been at the epicentre of Girard-Perregaux’s DNA, dating back to the 1860s when the company produced its first pocket watch equipped with a Tourbillon. 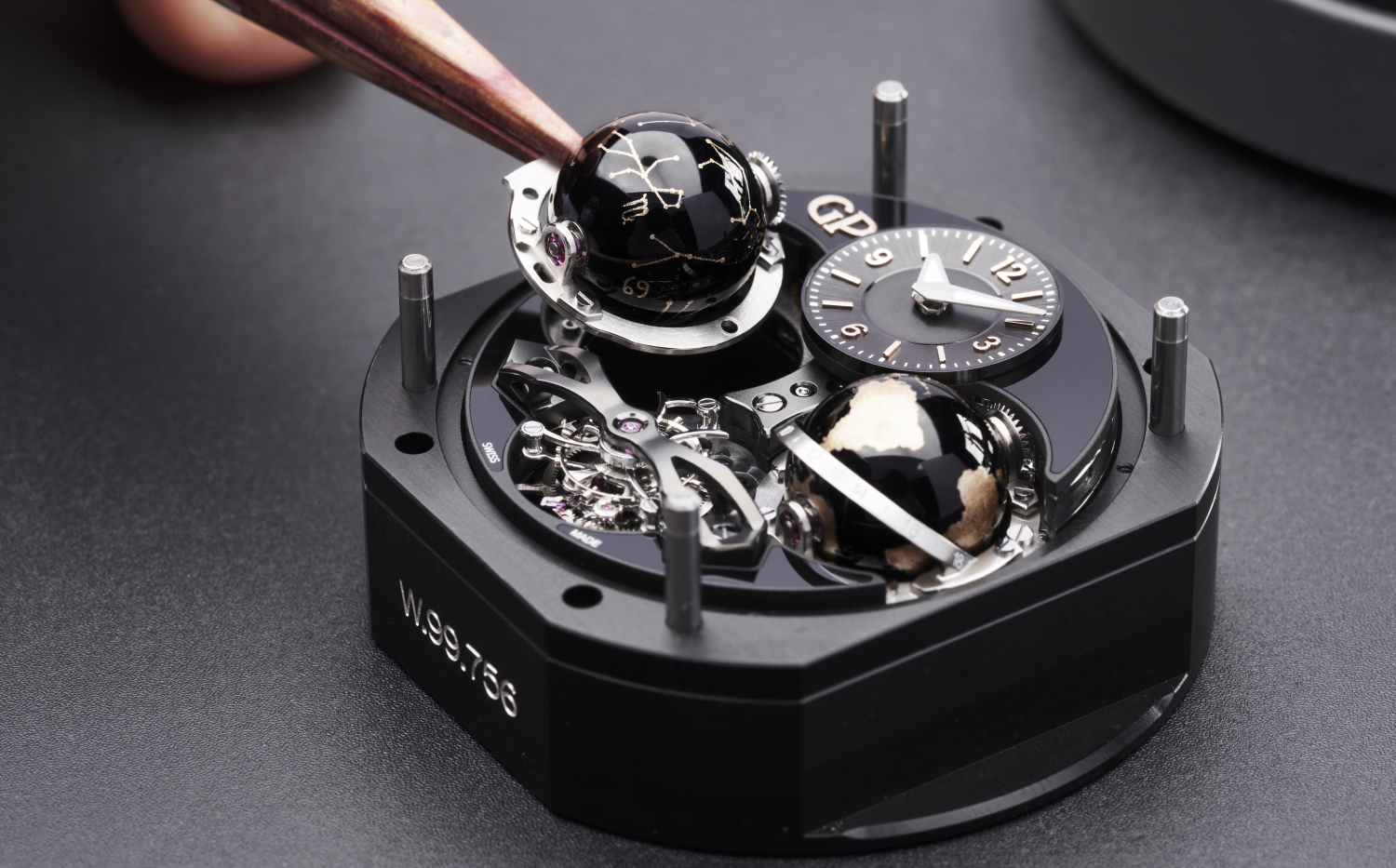 The layout of the Cosmos Infinity Edition ensures that all the complications are aligned in perfect symmetry. To enhance this sense of balance, the watch dispenses with a conventional crown. Instead, an innovative winding and setting system is located on the reverse of the timepiece and recalls the styling of pocket watches from yesteryear. The setting system features three engravings, filled with luminescent ceramic indicating the purpose of each bélière.

“The Cosmos Infinity Edition is a journey through the stars that ‘makes the invisible visible’, a hallmark of our brand dating back to the 1860s”, explains CEO Patrick Pruniaux. “The movements and constellations reveal the mysteries of the universe that are invisible to the naked eye.”

The use of black onyx for the dial and globes symbolises the depth of the universe and its infinite mystery. This exemplar of fine watchmaking embraces an ethereal domain where artisans shape and polish onyx discs by hand, culminating in the onyx exhibiting a mirror-like appearance. It takes no fewer than 15 different operations to create the thin dial and three-dimensional globes and requires exceptional skill to realise these components.

Befitting the appellation of ‘Haute Horlogerie’, the Calibre GP09320-1440 is enriched with high-end finishing. The titanium Neo Bridge, presented at the base of the mainplate, is black PVD-treated, sandblasted and incorporates hand-bevelling. Similarly, the mainplate is black PVD-treated and embellished with circular-graining, sandblasting and bevelling. In contrast to the sapphire crystal on its flat caseback, the Cosmos Infinity Edition features a sapphire crystal box, providing a three-dimensional view of the dial area. Its domed shape requires four to five times more material to shape and polish. 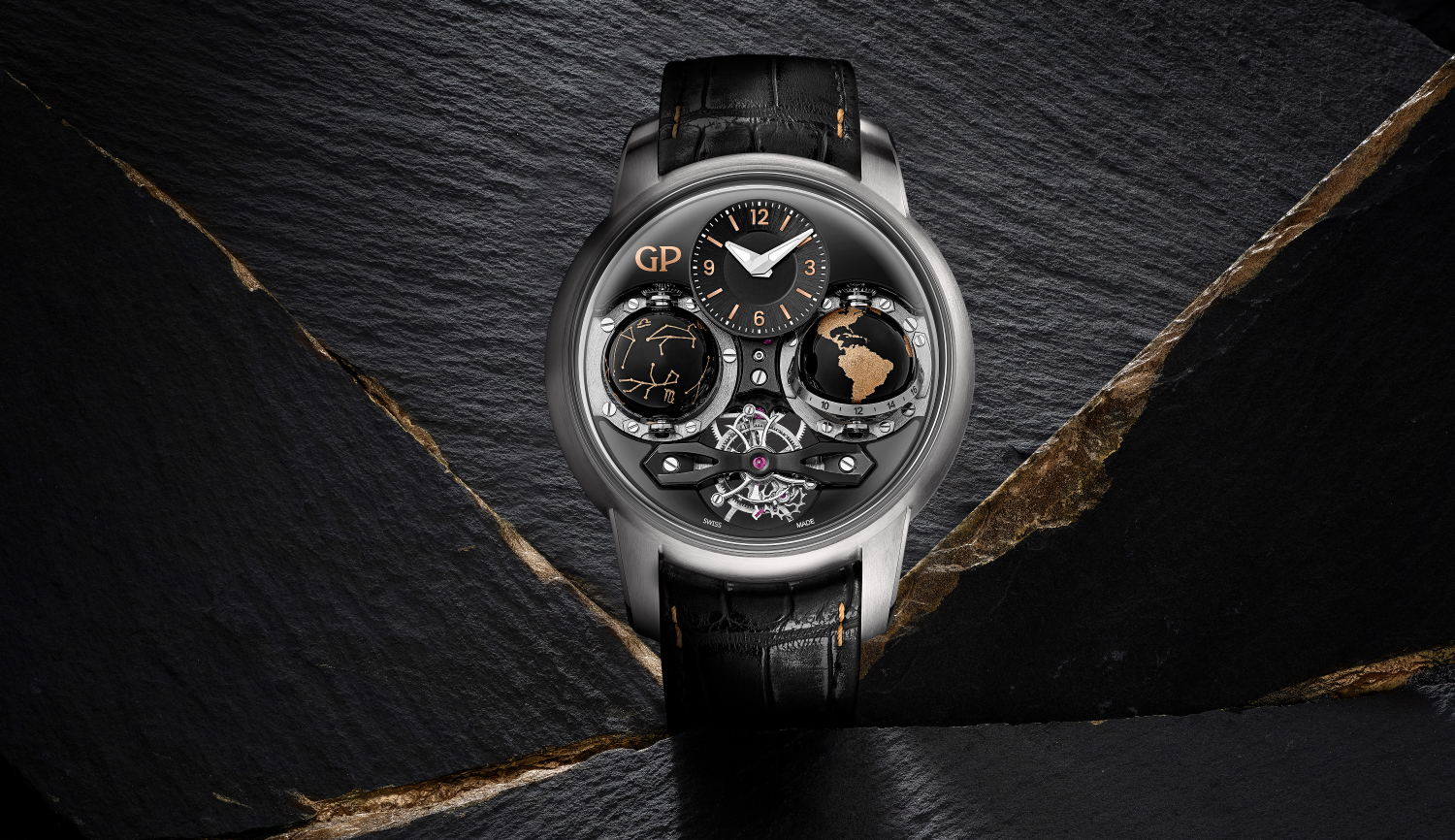 “The Cosmos Infinity is a celestial feat that ties together all the novelties we’re launching at the Geneva Watch Days. All of these novelties convey our infinite passion and commitment to upholding our company’s reputation for extraordinary craftsmanship”, explains CEO Patrick Pruniaux.