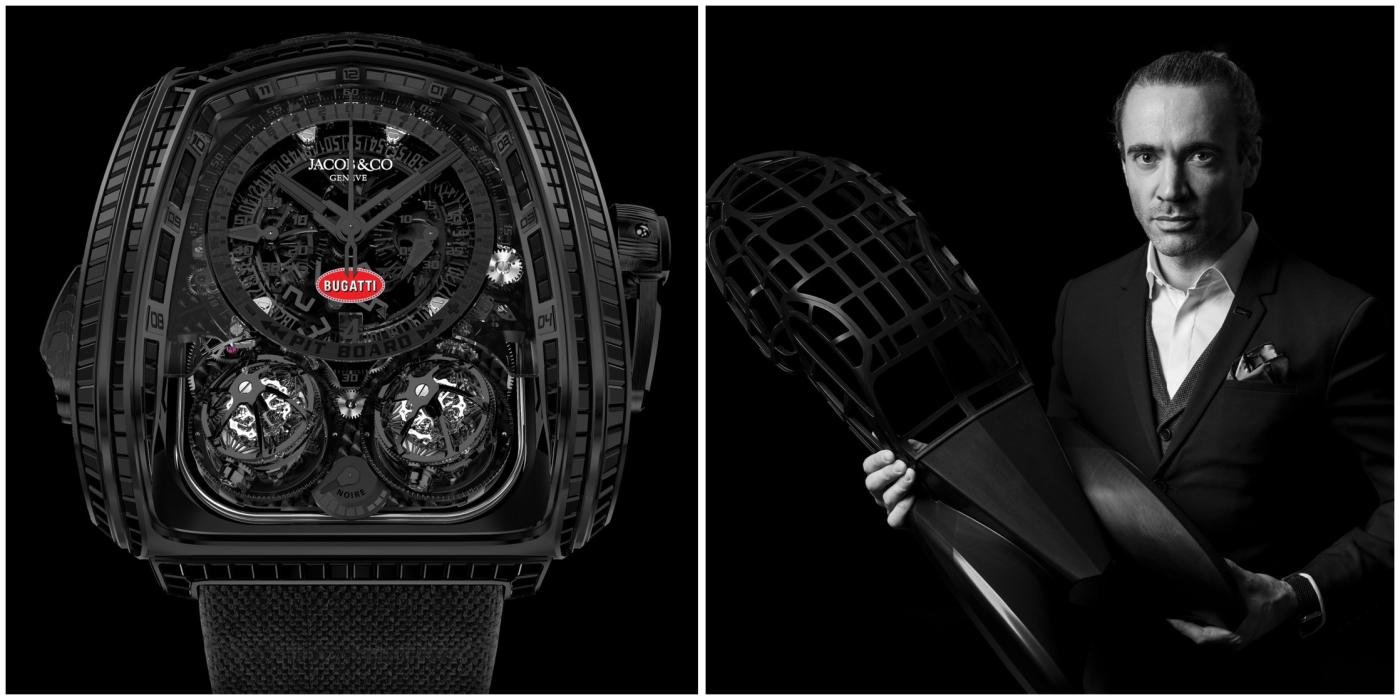 he mysterious disappearance of a “The Black Car” Bugatti around 1940 became a real legend in the automotive world. The chassis of this model, number 57453, has never been found and is now valued at more than 100 million dollars.

In 2019, Bugatti created a one-off tribute to this fascinating automobile, reusing the name “La Voiture Noire” and selling it for more than 11 million euros. 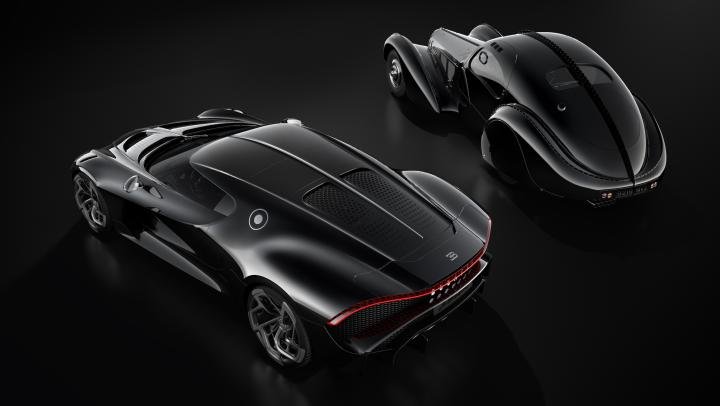 In order to celebrate the long-lasting collaboration between the two Maisons and the legendary Voiture Noire, Jacob & Co. is introducing the one-off Twin Turbo Furious Bugatti La Montre Noire. Encased in 18K black gold and set with natural black baguette-cut sapphires, resulting in a unique all-black aesthetic, this timepiece channels the spirit of both remarkable cars, combining the grand complication of the Twin Turbo Furious with the history of La Voiture Noire.

The 18K black gold case is invisibly set with 344 natural black sapphires. Even the black gold and black titanium deployant buckle is set with these beautiful gemstones. These shimmering shards of the night sky underscore this unique timepiece’s tribute to the greatest automotive mystery of all time. 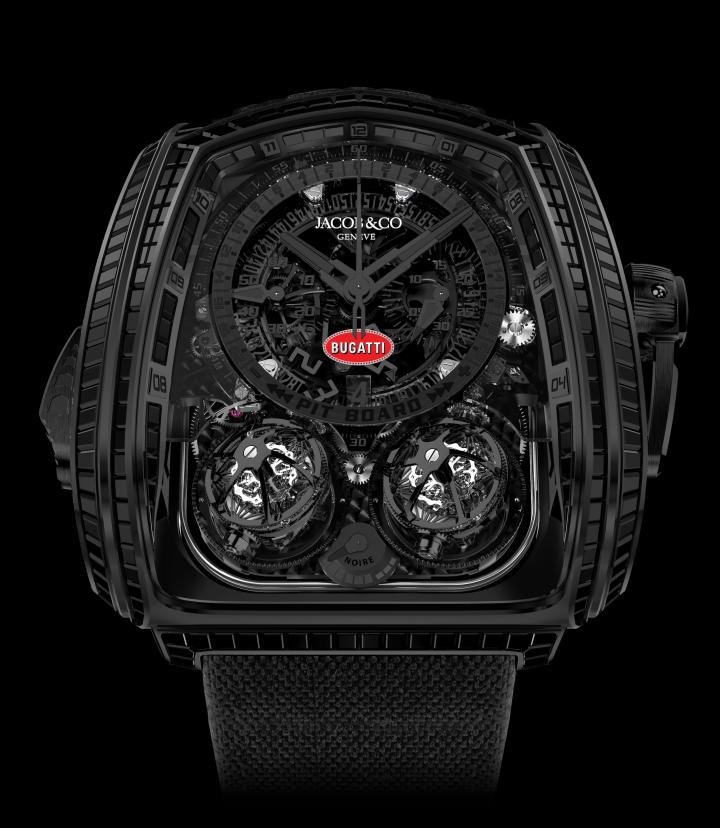 As for the Minute repeater, the Twin Turbo Furious Bugatti La Montre Noire chimes on demand in ten-minute intervals after the hours and before the minutes, a decimal repeater that is very rare in high watchmaking. In fact, you can count the number of manufacturers presenting decimal minute repeaters on one hand and have a few fingers left.

The power reserve is displayed on the dial side at six o’clock. Thanks to an ingenious planetary system comprising a differential gear mechanism, the hand points to a full power reserve on the left, then moves to the right as the 48 hours of reserve winds down. The watch is wound through the crank placed on the crown at three o’clock. 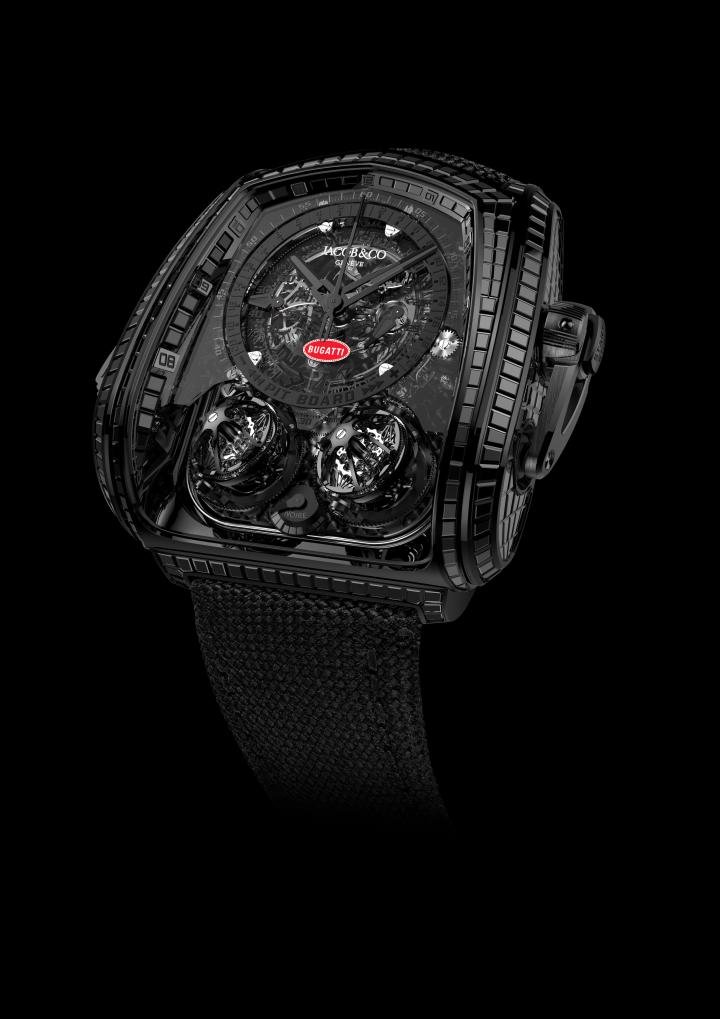 The chronograph is equipped with a “reference time” indicator. Inspired by the pit boards in motor racing, the reference time display is located in the center of the dial, indicating the difference in seconds in comparison to a reference time.