More than 60 years ago, this historic model served as the first pilot’s chronograph for the German armed forces. Today it combines the best design with the modern production techniques of our time. The result: a robust chronograph with an exciting history.

More than 60 years ago, this historic model served as the first pilot’s chronograph for the German armed forces. Today it combines the best design with the modern production techniques of our time. The result: a robust chronograph with an exciting history.
H

anhart built the first pilot’s chronograph for the German armed forces based on кobustness, reliability and readability from the mid 1950s. The purpose of the 417 was uncompromising use on pilots’ wrists. Hanhart supplied the German armed forces with the chronograph for almost ten years, until the brand concentrated on building hand stopwatches in 1963. The few remaining pieces of the original 417 have become some of the most sought after vintage chronographs from Germany.

ES stands for the German word for stainless steel. The case now measures a contemporary 42 mm in diameter, instead of the original 39 mm. Despite the heavily domed sapphire crystal, the thickness of the case does not exceed 13.3 mm. The goal was to design the 417 ES as slim as possible so that it is present on the wrist but not over proportional.

A sharply drawn and polished marks the transition from the satin finished horns to the flanks. As a typical stylistic feature of a Hanhart, the fluted bezel rotates smoothly in both directions. Its red position markings are as reminiscent of the historical model of the 1950s as the details on the watch’s dial. The bicompax layout and the lettering seem to have been cut from the face of the early 417. 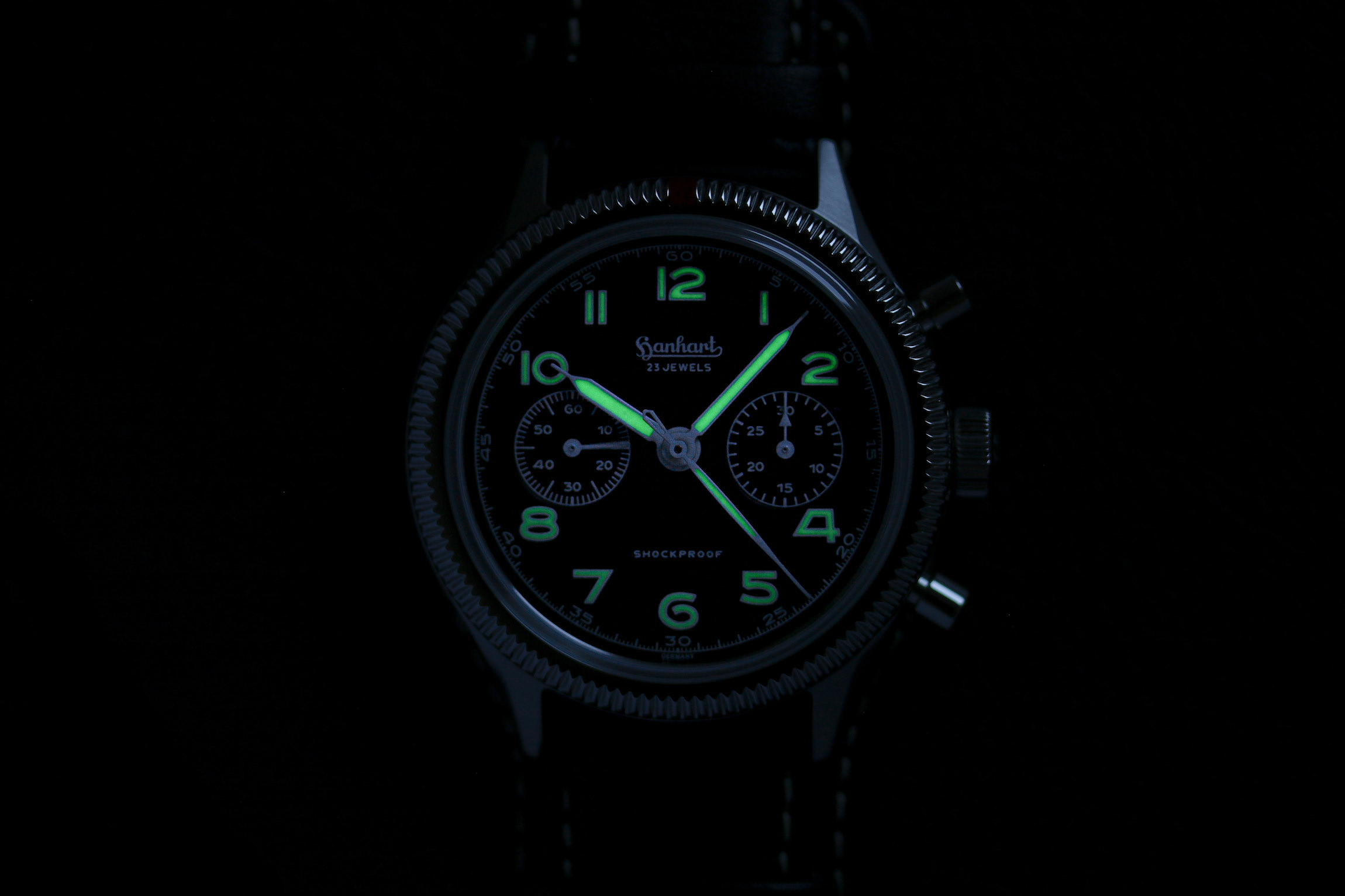 New, however, is the use of modern Super LumiNova® luminous material in a discreet cream shade. Together with the white lettering and the hands, they form a pleasing contrast to the matt, deep black background. In addition, the new 417 ES is the only watch in the current Hanhart collection with the exception of special editions to be delivered with the historical logo on the dial and the corresponding logo on the crown.

A reliable hand wound caliber SW 510 works behind the screwed stainless steel back. In addition to a stop second function, it offers a power reserve of up to 58 hours when fully wound. The historic 417 was also hand wound, although its radius of action outside the cockpit was severely limited due to its small water resistance. Therefore, the new 417 ES can withstand the pressure of the depth up to 10 bar. 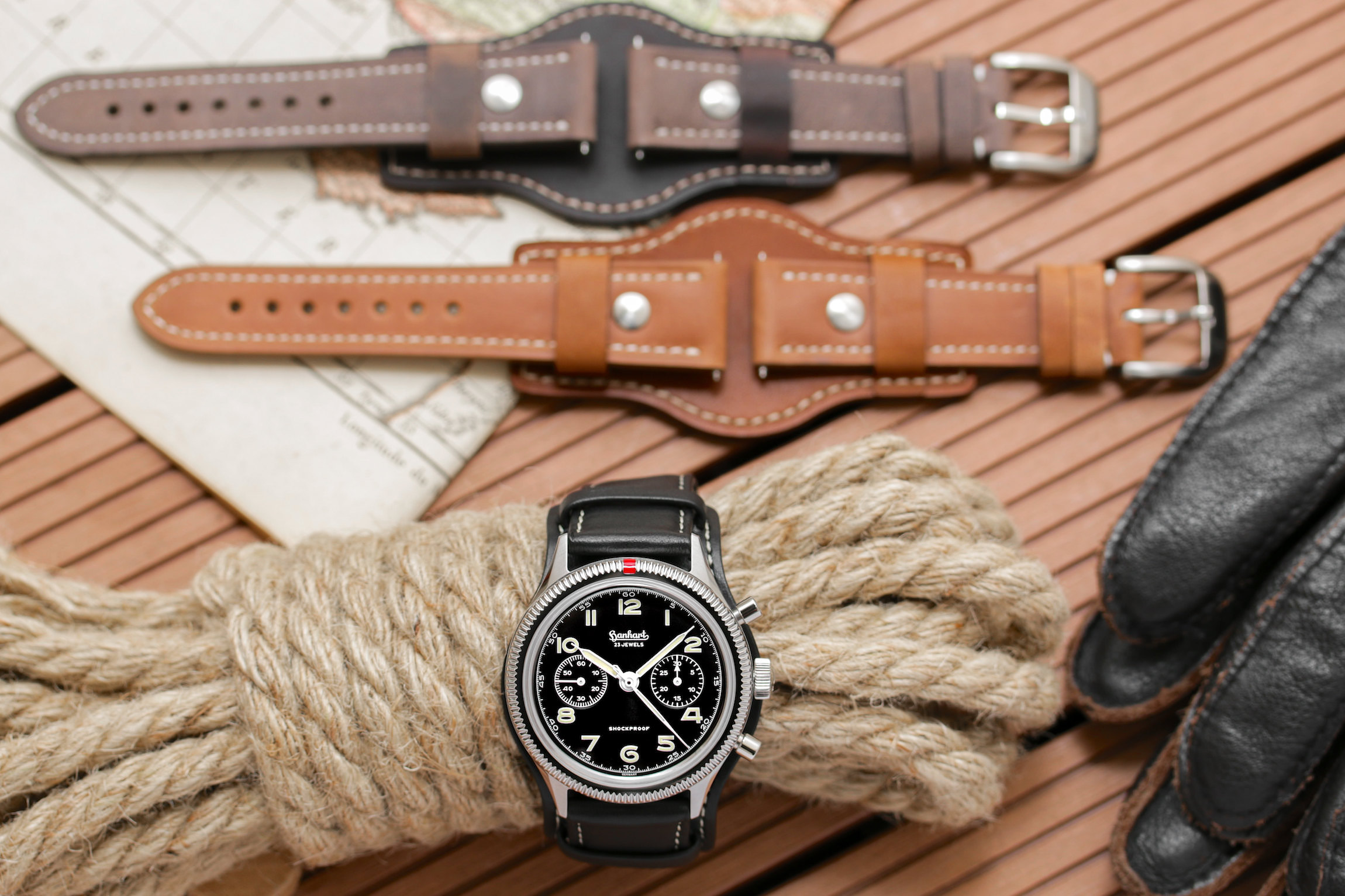 To learn more about this new model, check out Hanhart’s website and e-shop.