The Model 222-RR is a modern wristwatch with a vintage heart, featuring a Hamilton 10 sized pocket watch movement. RGM was the first to use these wonderful classic movements in a wristwatch.

The Model 222-RR is a modern wristwatch with a vintage heart, featuring a Hamilton 10 sized pocket watch movement. RGM was the first to use these wonderful classic movements in a wristwatch.
T

he Model 222-RR is a modern wristwatch with a vintage heart, featuring a Hamilton 10 sized pocket watch movement. RGM was the first to use these wonderful classic movements in a wristwatch. The vintage Hamilton movements are rebuilt using parts that are in optimum condition, including a new mainspring made for this movement. RGM flat polishes the steel parts by hand on a tin block to better-than-original condition. The entire process of careful reassembly to precise adjustment of the movement is managed by one watchmaker. The grade 921 movement has 21 jewels and was made in large quantities; the grade 923 has 23 jewels and is rare, with less than 4,000 movements manufactured.

The Grand Feu Real Enamel dial is modeled after American railroad watches from the past. The blued-steel hands remain true to the classic form and the 1:30 crown position pays homage to early 20th century timepieces. It’s also very natural to read the time when worn on the left wrist. 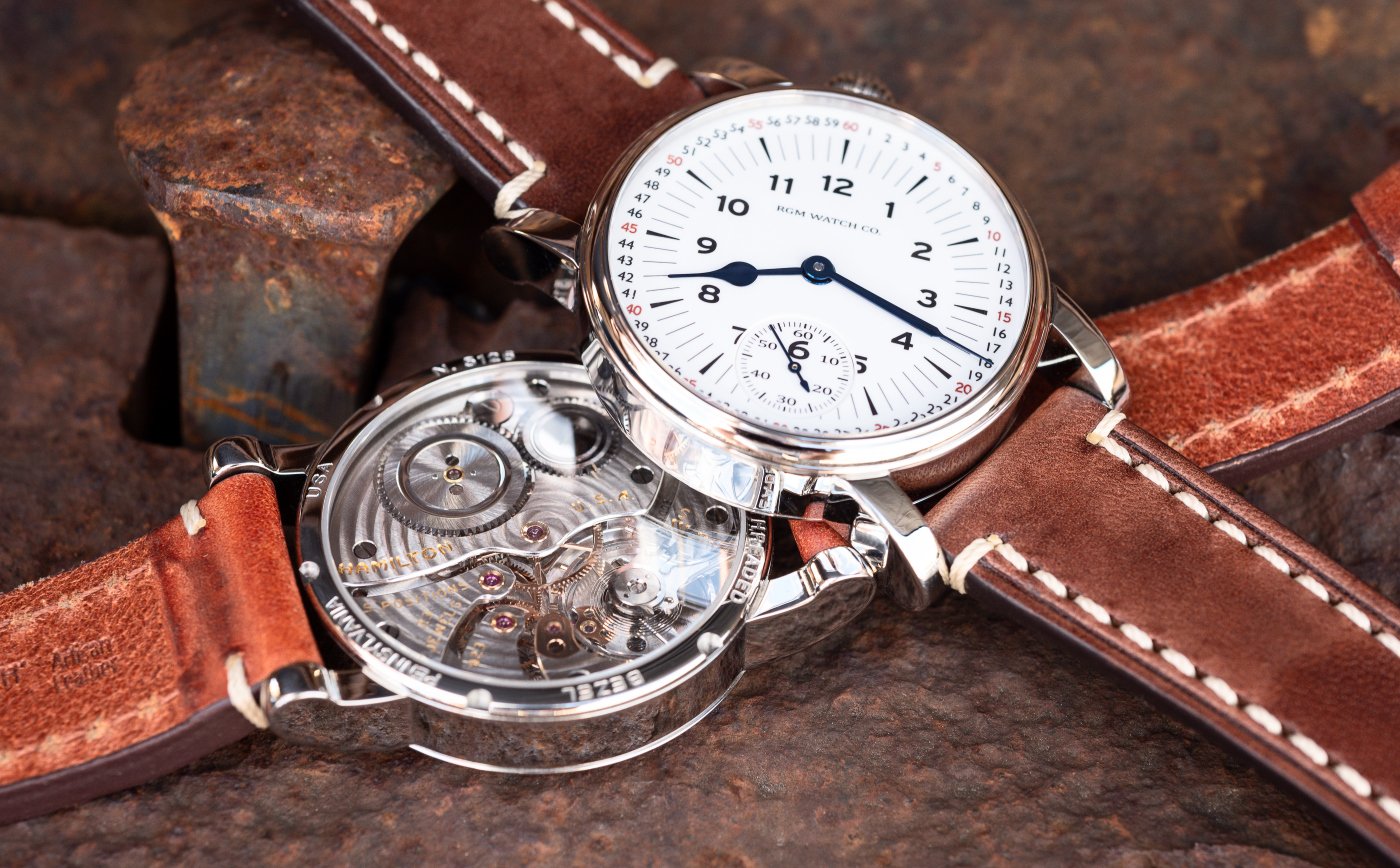 Henry S. Montgomery was the General Watch & Clock Inspector of the AT&SF Railroad from 1896 to 1923. Mr. Montgomery patented his first marginal minute safety dial design Type-I around 1906. RGM’s dial is inspired by the rare Type-II dial variation that was patented in 1920.

A Montgomery dial displays minutes 1-60 along the outer edge, with every fifth number in red. Some collectors say that a “true” Montgomery dial must have an hour number 6 visible inside the seconds register. Dials approved for use on the railroads needed to be functional and readable, even under adverse conditions. Most American watch companies used Montgomery dials on many of their railroad-grade watches. 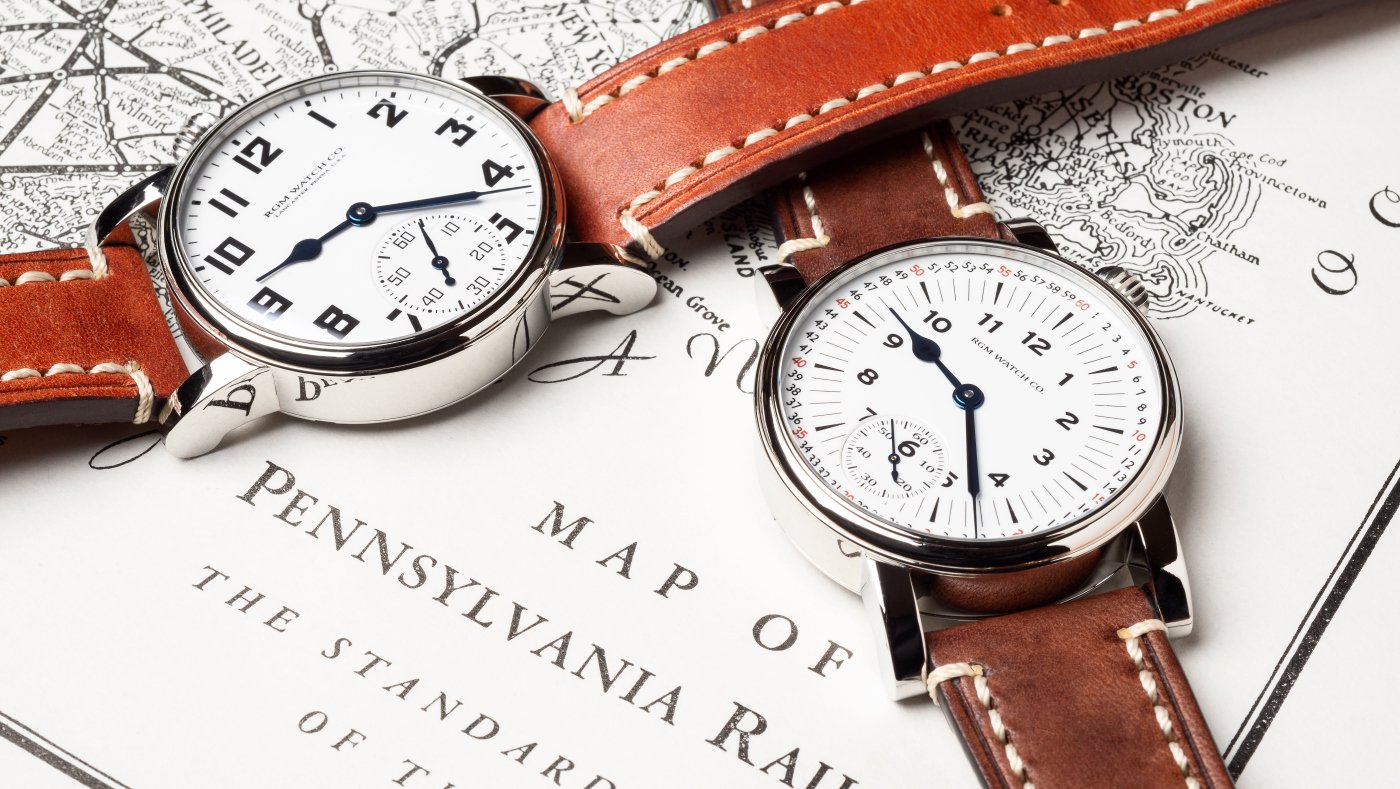 In 1925, Ball introduced a new official RR standard dial referred to as the Box Car dial. It displayed plain, sans-serif, heavy hour figures, making the dial extremely legible. Waltham, too, offered a similar Box Car dial, as did Elgin and Hamilton on some of their railroad models. Box Car style dials were in demand by railroad employees. They remain popular for their functionality and understated style.