his half-skeletonised flying tourbillon is completely designed in-house, and it is exclusive to Chronoswiss watches,” explains Maik Panziera, Head of Design at Chronoswiss. The tourbillon Chronoswiss manufactured 20 years ago – Régulateur à Tourbillon – also had a guilloché dial. But since then the company has taken one small step for man but one giant leap for an independent watchmaker: now Chronoswiss unveils the the C.303 – its own half-skeletonised tourbillon movement, and the guilloché is added by hand in its atelier in Lucerne. 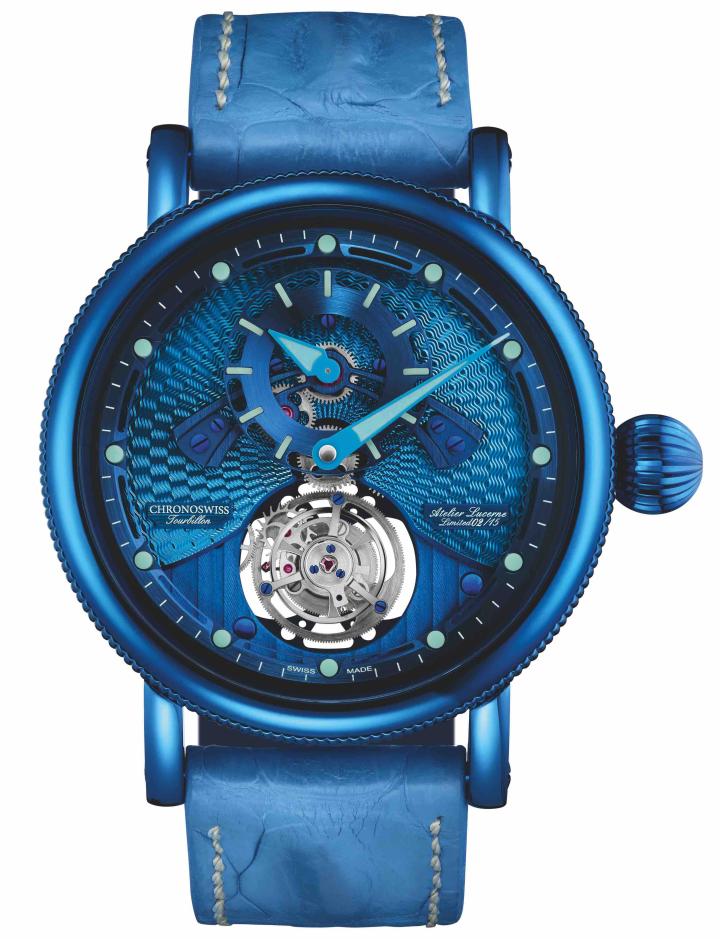 With the Open Gear Tourbillon the ‘blue hour’ gets a whole new meaning. Using 10 different shades of the colour historically symbolising loyalty, strength, wisdom and trust, the calm display of the watch is contrasted especially by the energetic, almost aggressively electric blue CVD coating on the 17-part, stainless steel case. “We use a light blue for the dial, whereas the bridges have a dark blue coating,” says Panziera. The Trigono-shaped hands are blue lacquered, with Super-LumiNova inlays and tips. For the hour and five-minute indexes, generous amounts of blue-hued lume are combined with zirconium oxide into solid bricks and pillars that shine through the night.

The watch dial is an elaborate 42-part construction on two levels: the bottom level is hand-guilloched, whereas the upper level features skeletonised train wheel bridges and a funnel-like construction for the hour display. Other design details include all particular signifiers of a Chronoswiss watch: knurled bezel, onion crown and the hornback crocodile strap held in place with the patented Autobloc system. There is also a not-to-be-seen special engraving on the reverse side of the dial – for a unique melding of modern mechanical watchmaking and heritage, since the idea of a secret signature was in vogue around two centuries ago when the tourbillon was invented. 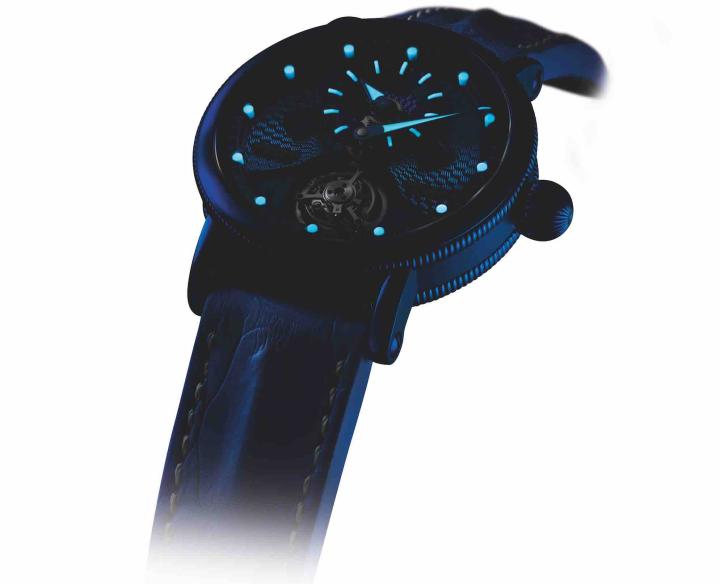