Art and science are captured in an enchanting way in a hand-painted masterpiece, in a very limited edition of only 6 steel and 6 rose gold models. Each of the 6 watches will bear its own unique planet name. 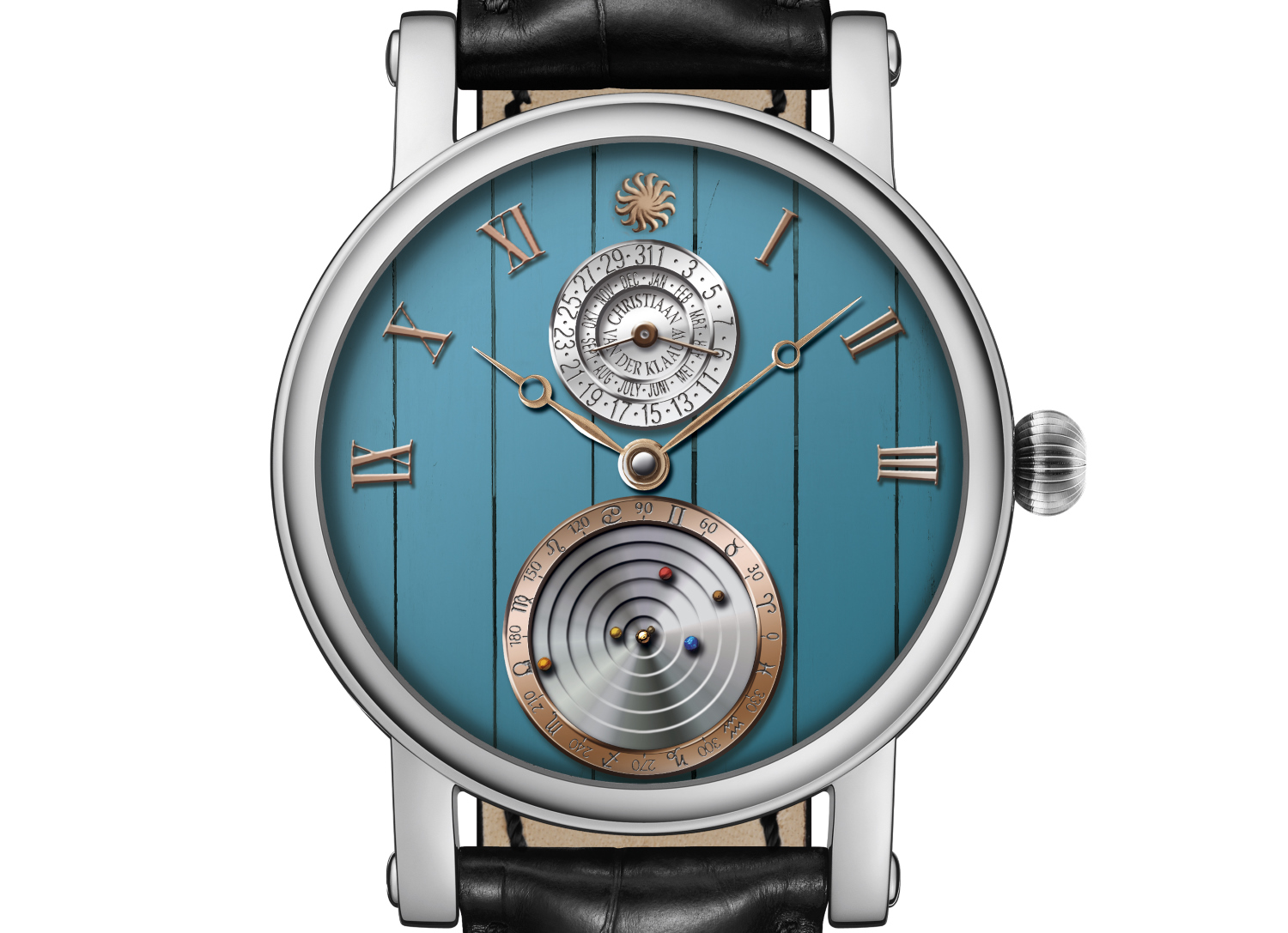 This Haute Horlogerie masterpiece contains the smallest mechanical Planetarium in the world showing real time the orbits of Mercury, Venus, Earth, Mars, Jupiter and Saturn around the sun.

The in-house designed module gives you the smallest mechanical heliocentric planetarium in the world. It displays real time the solar orbits of Mercury, Venus, Earth, Mars, Jupiter and Saturn. It also shows you the minutes, hours, date and month. The result is a magnificent spectacle that continues to fascinate in all its complex mechanical beauty.

This is astronomical watchmaking at the highest level, intricately designed and executed. The Planetarium is one of the most complicated watches in Christiaan van der Klaauw’s collection, a fitting tribute to the grand masters of planetarium design such as Nicolaas Copernicus, Johannes Kepler, Christiaan Huygens and Eise Eisinga. 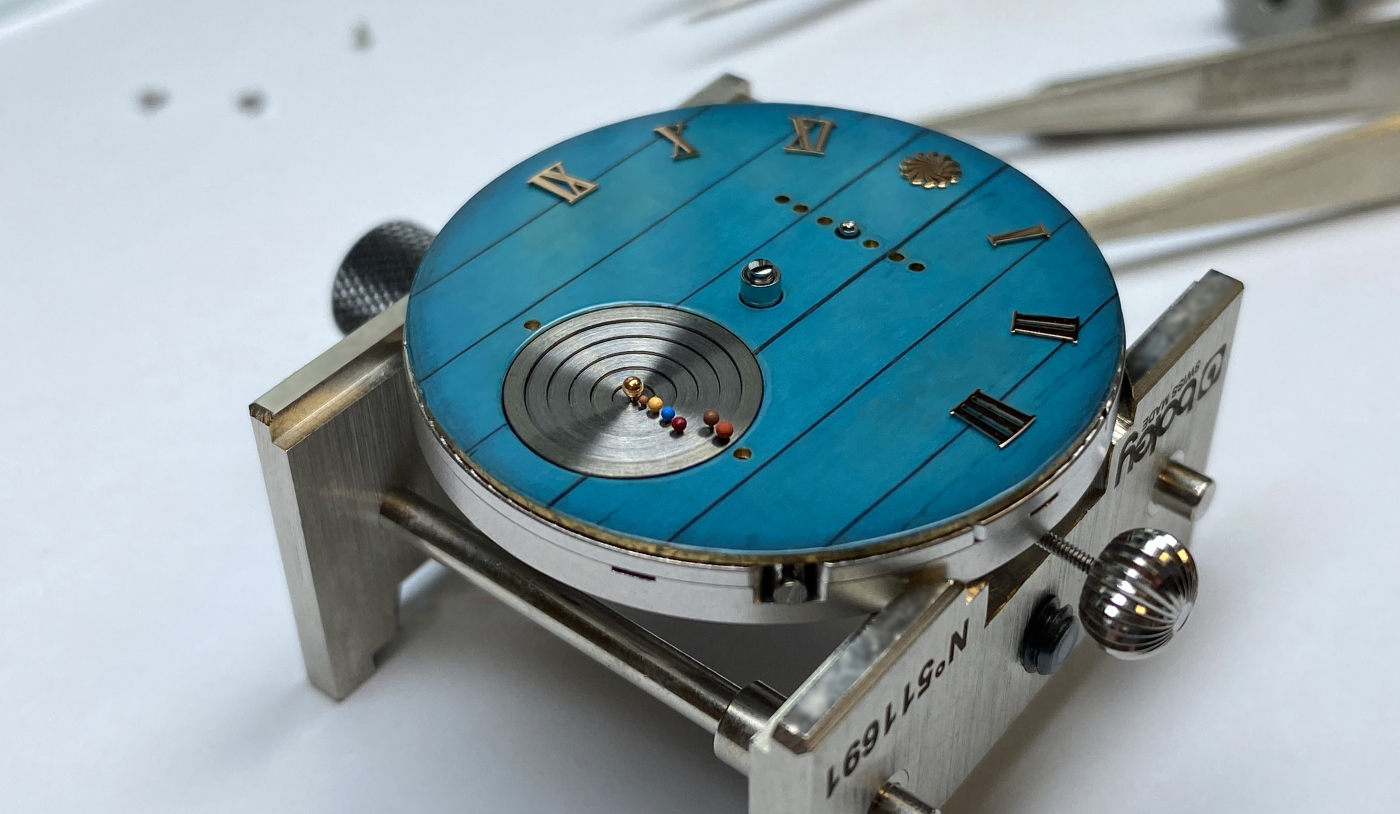 This smallest mechanical Planetarium in the world is located at the 6 o’clock position. The Sun is positioned exactly in the middle of the Planetarium 0 . The planet closest to the Sun is Mercury. Mercury is followed by Venus, Earth, Mars, Jupiter and Saturn. The planets orbit around the sun as follows: 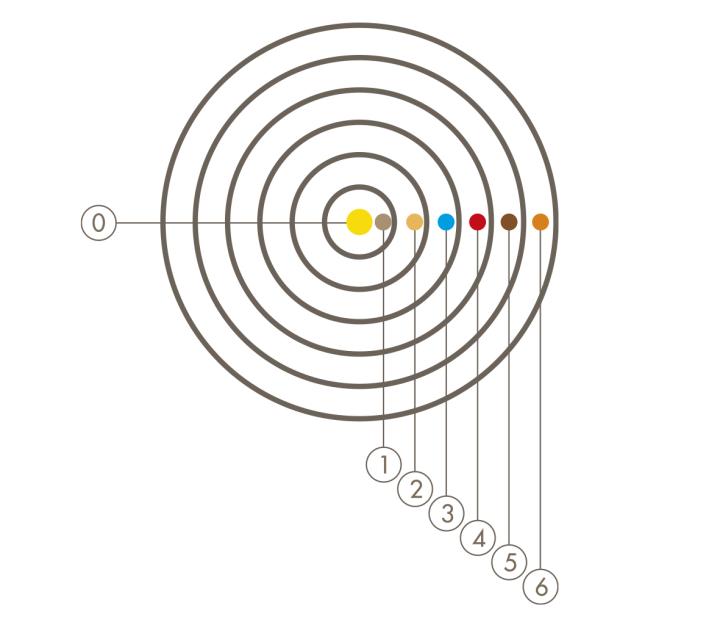 Suspended from the ceiling of the living room of a beautiful canal house in Franeker, is the oldest still working planetarium in the world. This accurately moving model of the solar system was built between 1774 and 1781 by the Frisian wool comber, Eise Eisinga. 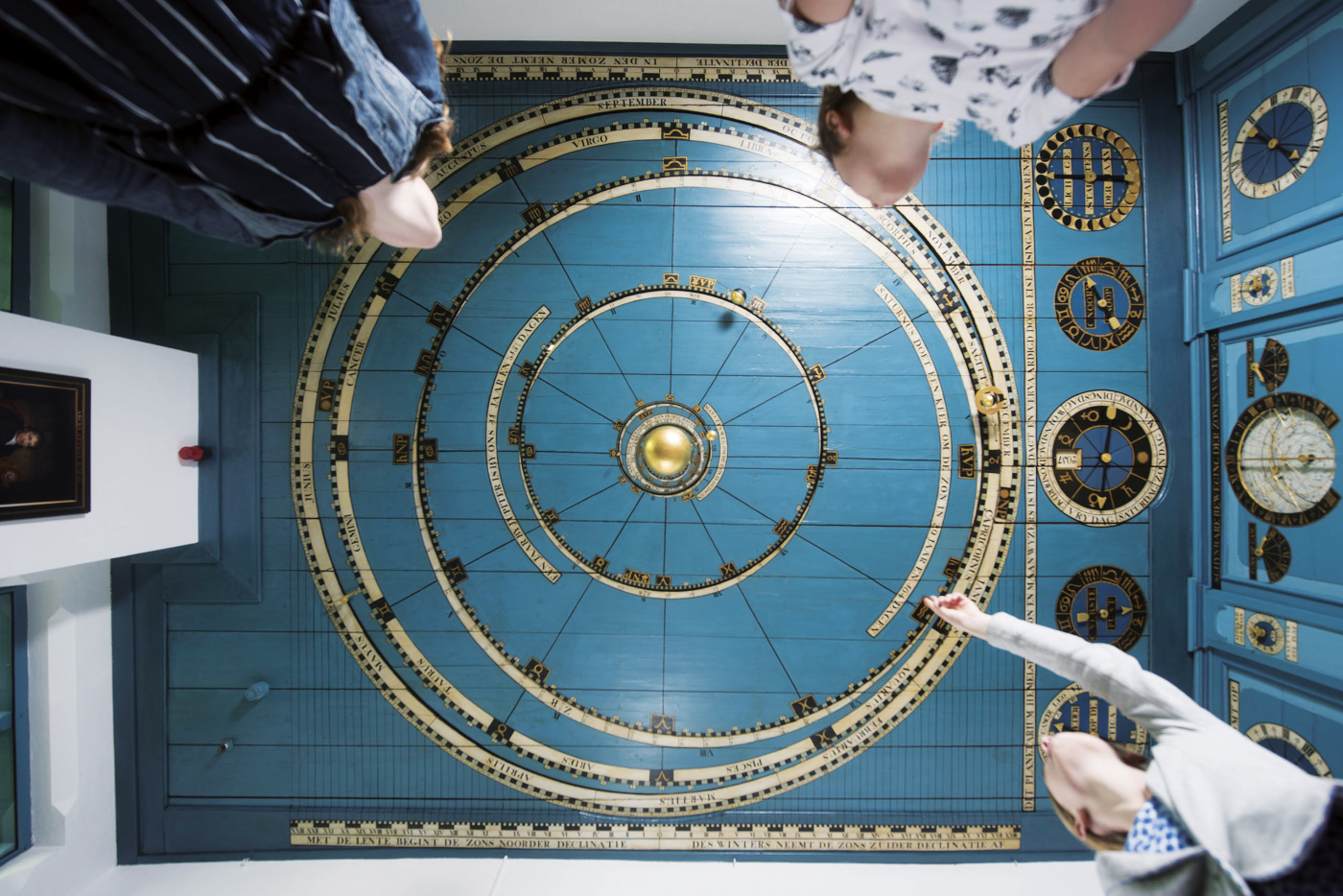 Eise Eisinga was born in Dronrijp on February 21, 1744. He attended primary school there. Like many children, at that time, he had to work at home, which his case was in his father’s wool combing establishment. In addition to combing wool, he inherited his father’s interest in matters such as astronomy and mathematics.

He was so curious that he went to Franeker every week, where he studied Euclides’s maths books with Willem Wijtses, a wool dyer. At the age of 24, Eisinga married Pietje Jacobs, after which he settled in Franeker in 1768, working as a wool comber.

On May 8, 1774, a special constellation of planets formed. In the early morning, Mercury, Venus, Mars, Jupiter and the moon were positioned closely in the sky. It was claimed that the mutual forces of these celestial bodies would knock the earth off its path and cause it to be burned up by the sun. A preacher from Bozum, Eelco Alta, made this prediction. 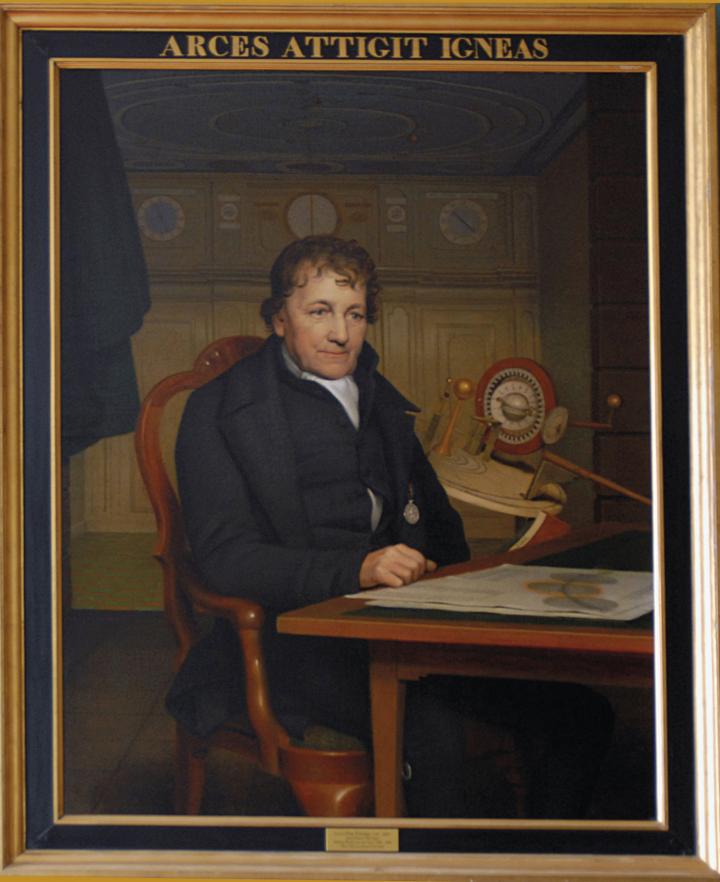 In April 1774, the Leeuwarder Courant published a piece about the writing of this ‘lover of truth’, as he called himself. His piece of writing carried the title: ‘Philosophical concerns about the conjunction of the planets’. Alta’s ideas caused a lot of unrest among the population. The authorities attempted to intervene by banning the piece of writing, but the damage had already been done.

Eisinga’s vast knowledge of mathematics and astronomy came in handy when, in May 1774, turmoil broke out in response to Eelco Alta’s prediction. In order to give the people a correct picture of the solar system, he built a model of the solar system in his living room. Only seven years passed between his very first idea and the final realisation of this project. Since 1781, Eisinga’s model has closely followed the paths of the 6 planets in our solar system. This makes it the oldest still-functioning planetarium in the world.

TIME.KEEPER An 8-day clock in the form of a stylized 1930s plane, “Time Flies” is a partnership between l’ECAL and L’Epée 1839, embodying the adventurer’s airplane of our (...)

TIME.KEEPER The Grand Central is a spectacular new collection, where the tourbillon is in the spotlight, placed at the centre of the timepiece and housed in a (...) 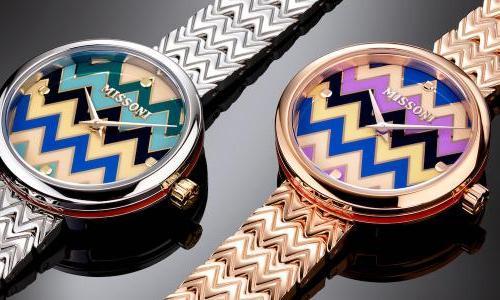 The Italian house presents a a new interpretation of its M1 timepiece. Multicoloured or ton-sur-ton, the unmistakable zigzag pattern is the leitmotif of (...)