Watches straight out of a museum


Independent watchmaker Vincent Calabrese has joined forces with a group of art lovers to launch a new and original concept called Watch Museum. The idea is to reproduce a miniature painting of a detail from an art masterpiece, on the dial of a watch.

Watches straight out of a museum

Independent watchmaker Vincent Calabrese has joined forces with a group of art lovers to launch a new and original concept called Watch Museum. The idea is to reproduce a miniature painting of a detail from an art masterpiece, on the dial of a watch.
F

ar removed from the bling-bling that has characterised much of the watch industry since the beginning of the third millennium, Vincent Calabrese is one of those fiercely independent Swiss watchmakers to whom we owe several icons of modern watchmaking, although he has managed to keep a pretty low profile.

Together with Svend Andersen and other master watchmakers, he is also known for founding the Académie Horlogère des Créateurs Indépendants (AHCI) in 1985, which marked the beginning of a new, artisanal and experimental scene that considerably broadened the industry’s horizons.

After writing a autobiography recounting the path (of life and horology) that took him from the frenzy of Naples to austere Geneva, he has just embarked on a new and original concept with several associates, stubbornly rejecting any thoughts of retirement. This idea is “Watch Museum”.

This “wrist painting” gives the wearer the opportunity to see a detail from a masterpiece reproduced on the dial by a miniature painter; this could be Van Gogh’s Starry Night or the faces of the graces of Botticelli’s Spring. 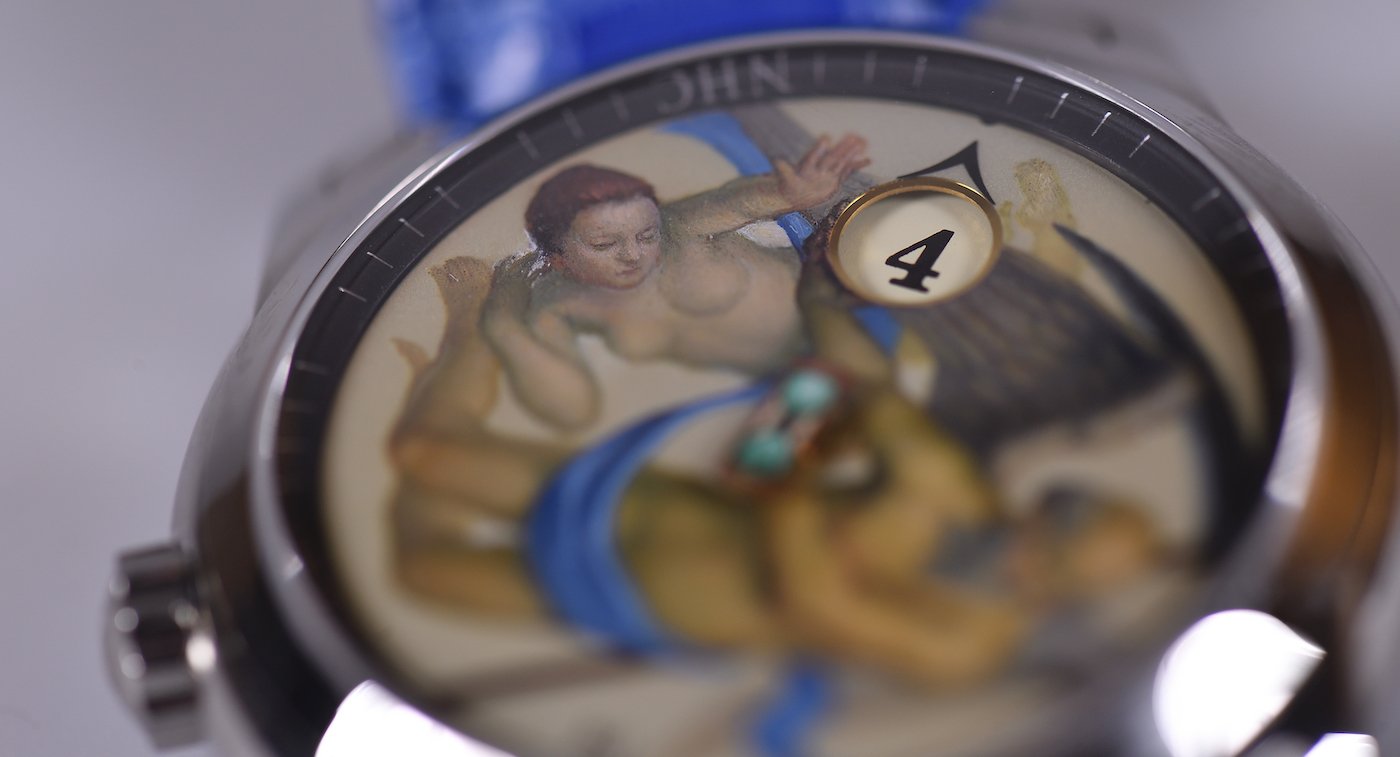 It’s all in the detail

This association of painting and mechanics around the creation of unique pieces was born from the meeting between Vincent Calabrese and a group of friends who shared a passion for both art and watchmaking. And with a project based on details of old masters from museums all over the world, the creative field is vast...

In concrete terms, the Watch Museum programme provides, at least initially, a choice of twelve iconic works exhibited at the Musée d’Orsay in Paris, the Museum of Modern Art in New York or the National Gallery in London. 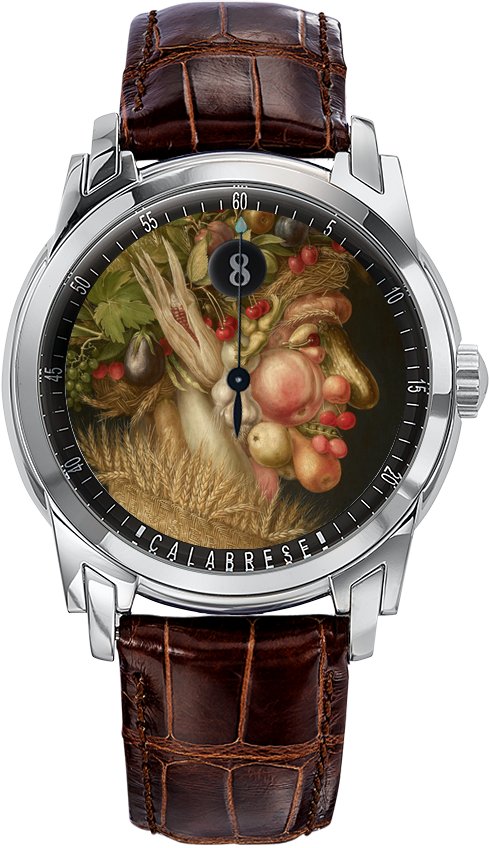 “Claude Monet, Sandro Botticelli, Hieronymus Bosch and Georges Seurat invite you to wander through their works and select a detail that will adorn the dial of Vincent Calabrese’s watchmaking creation,” says the press release from the Watch Museum project, which continues: “What if you could wear your most cherished detail on your wrist?” 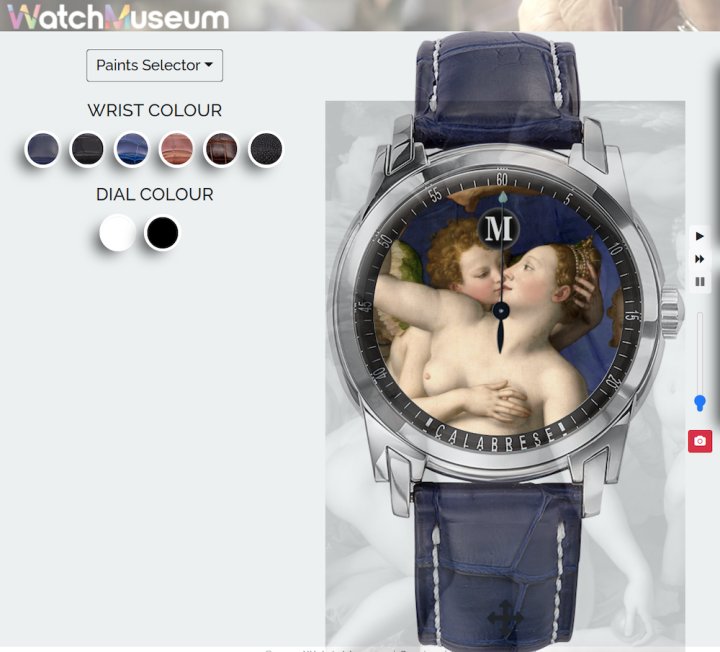 An online configurator allows clients to view details of the paintings, as they would be reproduced on Vincent Calabrese’s timepieces.

Meticulous work on the dial

The precision and dexterity of the miniaturist painter naturally plays a crucial role in this project. Each customer is also offered the possibility to have some secret text written on the dial, a hidden dedication, poem or memory: “The text will be so small and so well integrated that no one else will see it...”

As far as the mechanism is concerned, the watches utilise the principle of “wandering hours” dear to Vincent Calabrese: the dial rotates, and thus always surprises its owner a little... This unique and intriguing mechanism also affects the choice of detail: from the configurator, it is possible to display the dial’s motion (in real time or accelerated) so that clients can visualise it in all positions, with the chosen painting’s detail. 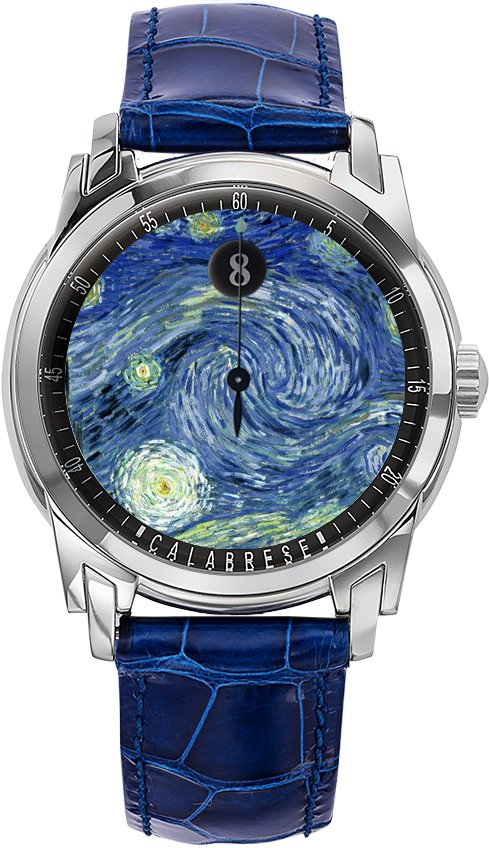 “There is no gold, no diamonds or other materials that would inflate the price,” stress the initiators of the project. The cost of each unique piece is CHF 15,000 (excluding taxes). “One could also imagine several timepieces, for a couple or a group, featuring related details from the same painting, in the spirit of Piero della Francesca’s formidable diptych in which the landscape continues through both works.” The possibilities are limited only by the imagination. 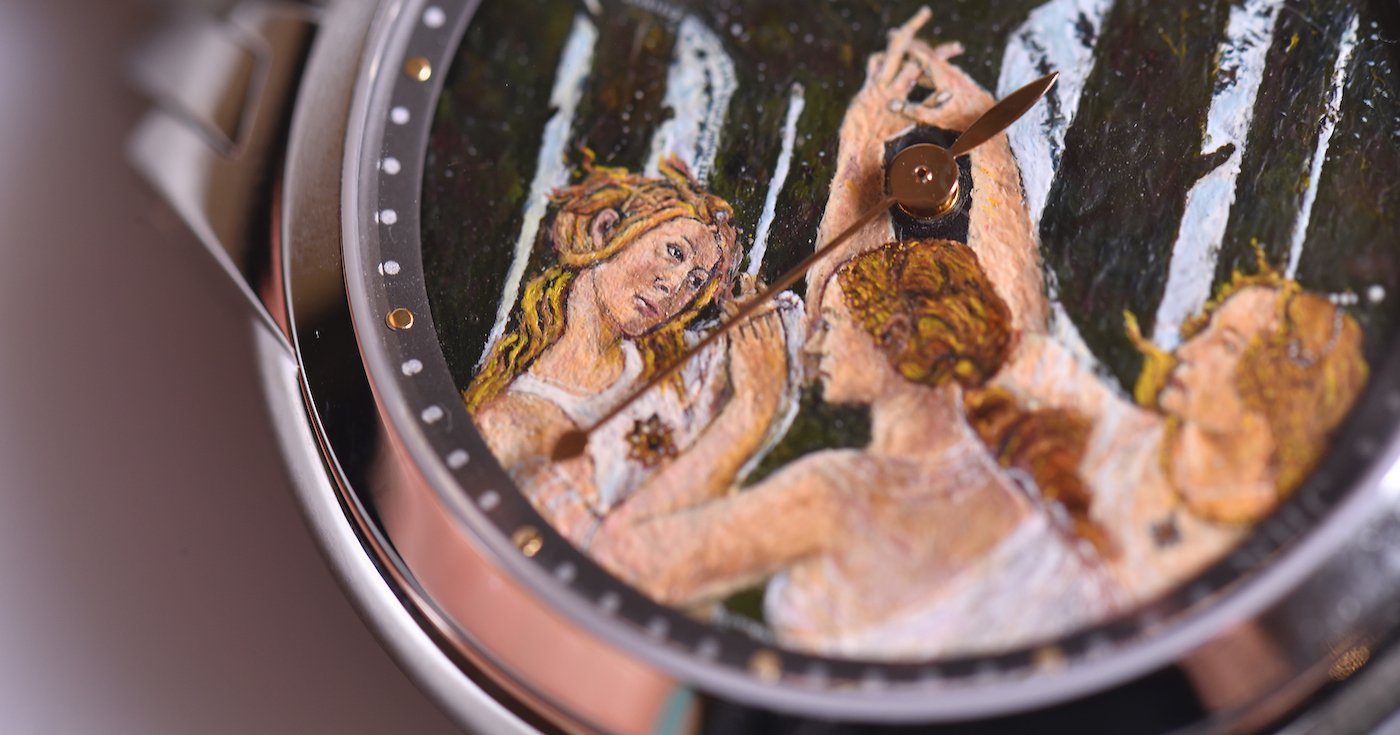