Following the success of its Antarctique Terre Adélie collection in May, Czapek & Cie is still refusing to let Covid-19 dampen its spirits with the introduction of a brand-new collection featuring a distinctive dial motif and the exquisite final version of its new movement.

Following the success of its Antarctique Terre Adélie collection in May, Czapek & Cie is still refusing to let Covid-19 dampen its spirits with the introduction of a brand-new collection featuring a distinctive dial motif and the exquisite final version of its new movement.
T

he sell-out of the Czapek Antarctique Terre Adélie took everyone by surprise. Subscriptions for the 99 pieces opened on May 26th and by June 12th they were all reserved – a record that was all the more astonishing considering that the majority of the world was in confinement at the time. Add to this the fact that Czapek is one of the youngest watch brands in the business makes this sales feat even more impressive. 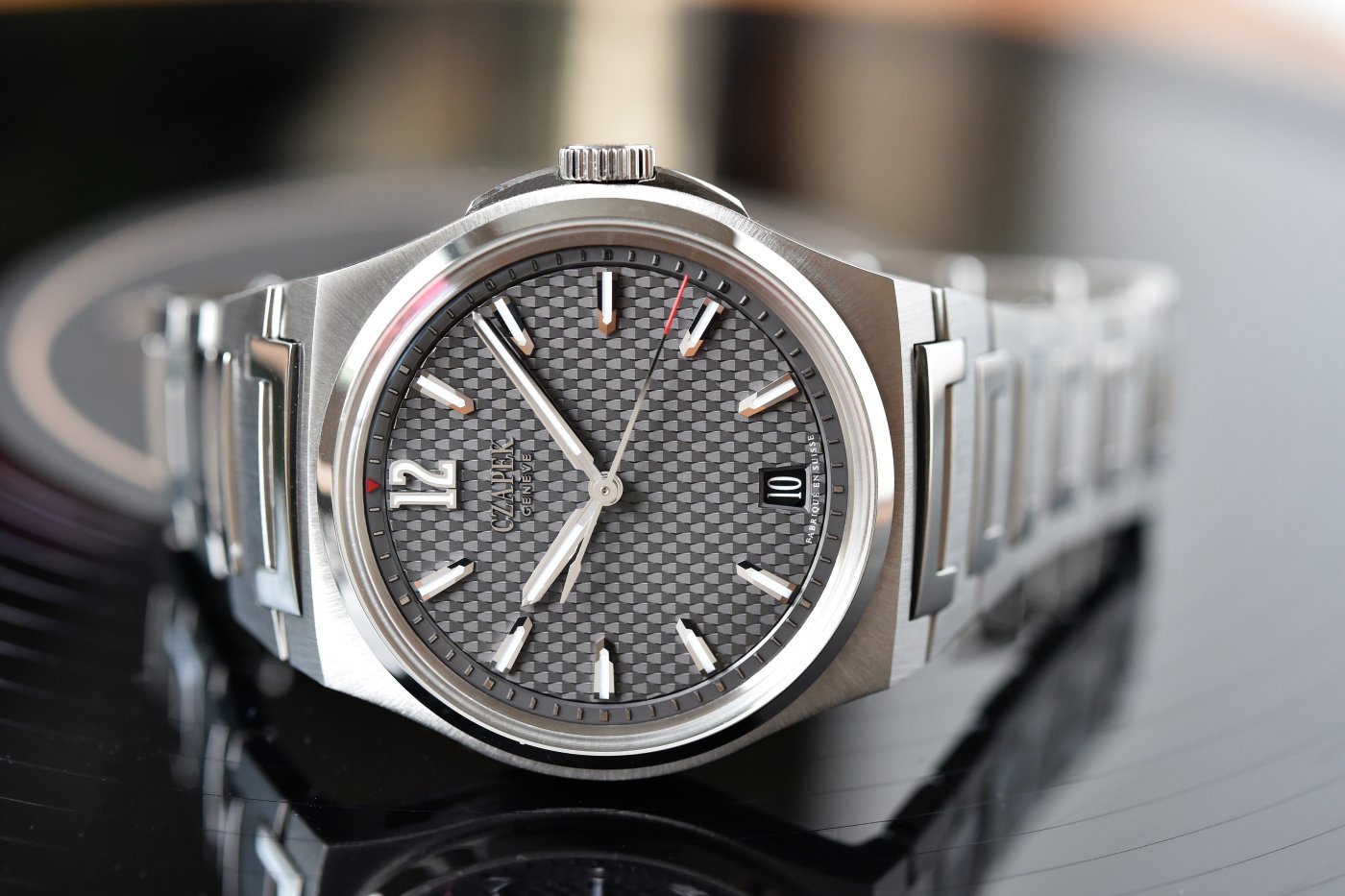 The new Antarctique Passage de Drake collection takes the sport-chic case design of the Antarctique Terre Adélie line and pairs it with an atypical trapezoid dial motif whose three-dimensional stamped surface creates a play of shadows across the dial. “This unique dial design is called the ‘Stairway to Eternity’ and was actually our initial concept dial for the Antarctique, as we were looking for a signature dial design that would be very different from anything else, but it was such a lengthy process to perfect that we launched with another dial, based on a forgotten workmanship technique, the combed ‘lamé’ dials,” shares Czapek & Cie. CEO Xavier de Roquemaurel. “We finally discovered the perfect motif when our designer accidentally enlarged the trapezoids by 50% without realizing it, and it looked amazing. That’s the beauty of mistakes!” All Czapek designs are officially registered, demonstrating the company’s directional approach.

Since the unveiling of its base movement in May, Czapek & Cie has been continually making improvements to its automatic calibre SXH5 to enhance its precision, performance, and aesthetic. These upgrades will apply to both the 99 pieces of the Antarctique Terre Adélie collection and the Antarctique Passage de Drake timepieces. 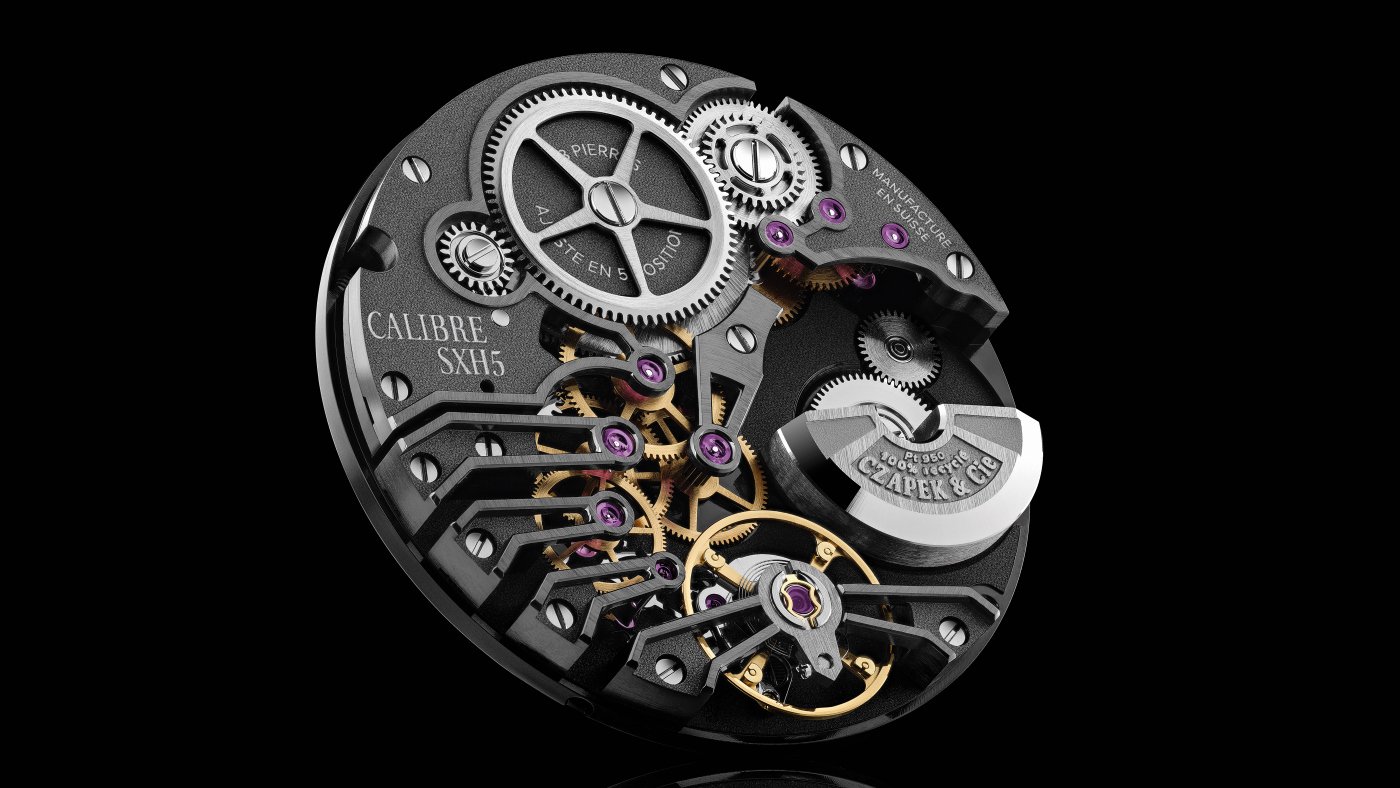 Creating a movement that was designed to be a “power-horse”, but also feature a sophisticated and ambitious architecture, was a real challenge. Everything was studied in great detail to take the best from both the past and the present. An example of this can be seen in the incredible finishing on the bridges that merges haute horlogerie angling techniques with state-ot-the-art laser engravings.

The first upgrade has been to the micro-rotor that was previously in recycled 18-karat gold. It quickly became apparent that even though the watch’s timekeeping was functioning perfectly, its winding power was limited, so the watch’s designer and case maker decided to try a slightly larger rotor in platinum – still 100% recycled - which brought 25% more power to the movement. The second upgrade came with a complete change of ball bearings under the micro-rotor. Both upgrades raised the train efficiency to 90% to fully wind the single barrel and deliver the impressive 60 hours of power reserve. 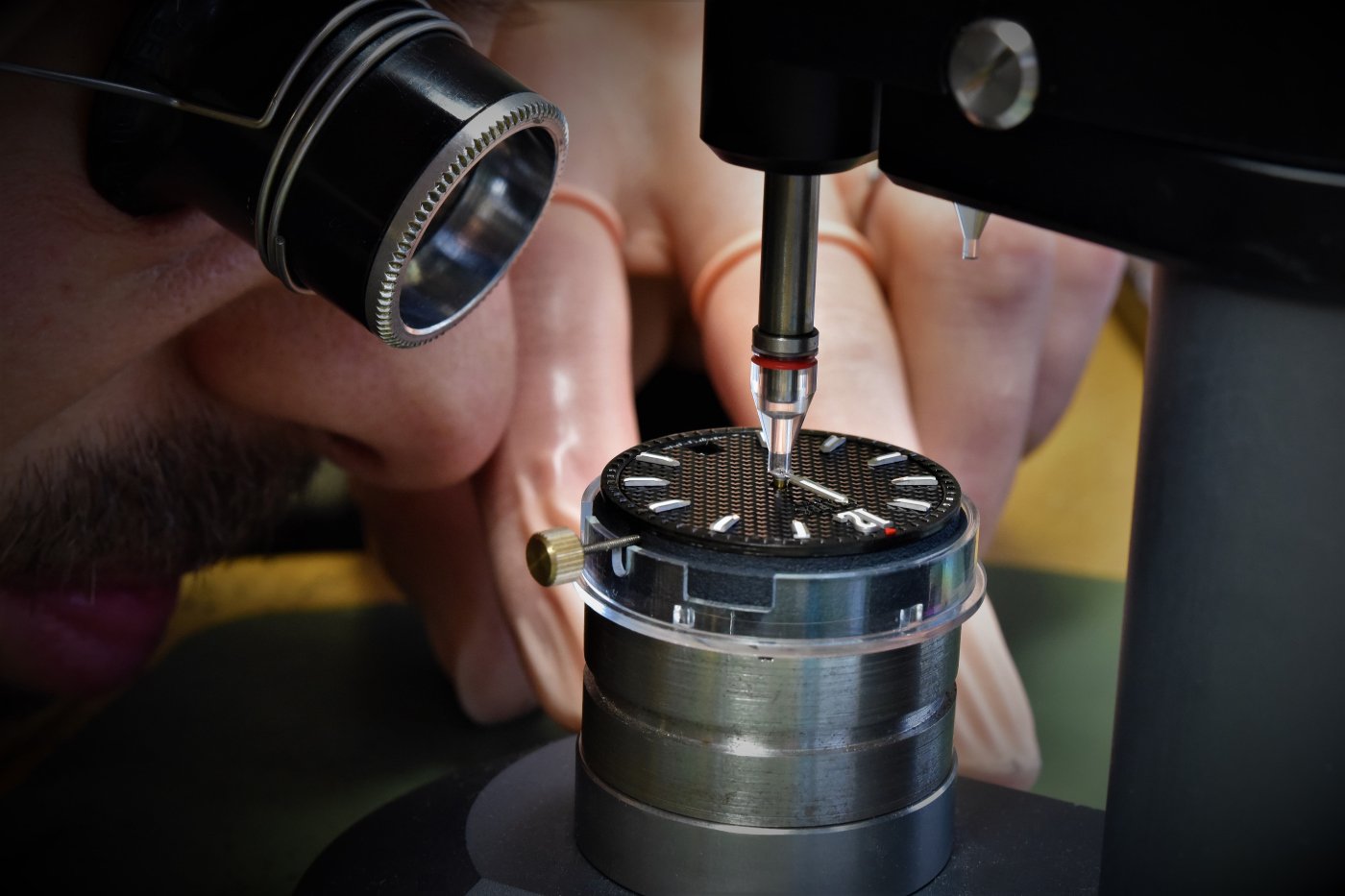 Other challenges only became apparent when the movement was tested in the first stage of the manufacturing process, such as the main plates that turned out to be not entirely flat. A third partner was quickly found to rectify this and delivered an even nicer German silver main plate. The aesthetics of the movement were also reworked, with one of the small bridges on the movement now featuring mirror-polishing on the top and six meticulously polished angles, which multiplied the price of this component by 10, but the result was worth it! “Creating a base movement from scratch was more challenging than bringing the brand to life,” says de Roquemaurel with a smile. “We knew we had to suffer a bit to achieve the level of quality and finishing we were dreaming of so that the overall result would be truly unique.”

The Antarctique Passage de Drake collection comes in a 40.5mm stainless steel case that is fitted to an ergonomic brushed integrated bracelet, whose brushed links are connected with highly polished links in the form of a “C” for Czapek. The bracelet features a quick-change system so each owner can quickly and easily switch to a rubber strap that is decorated with the same trapezoid pattern found on the dial. 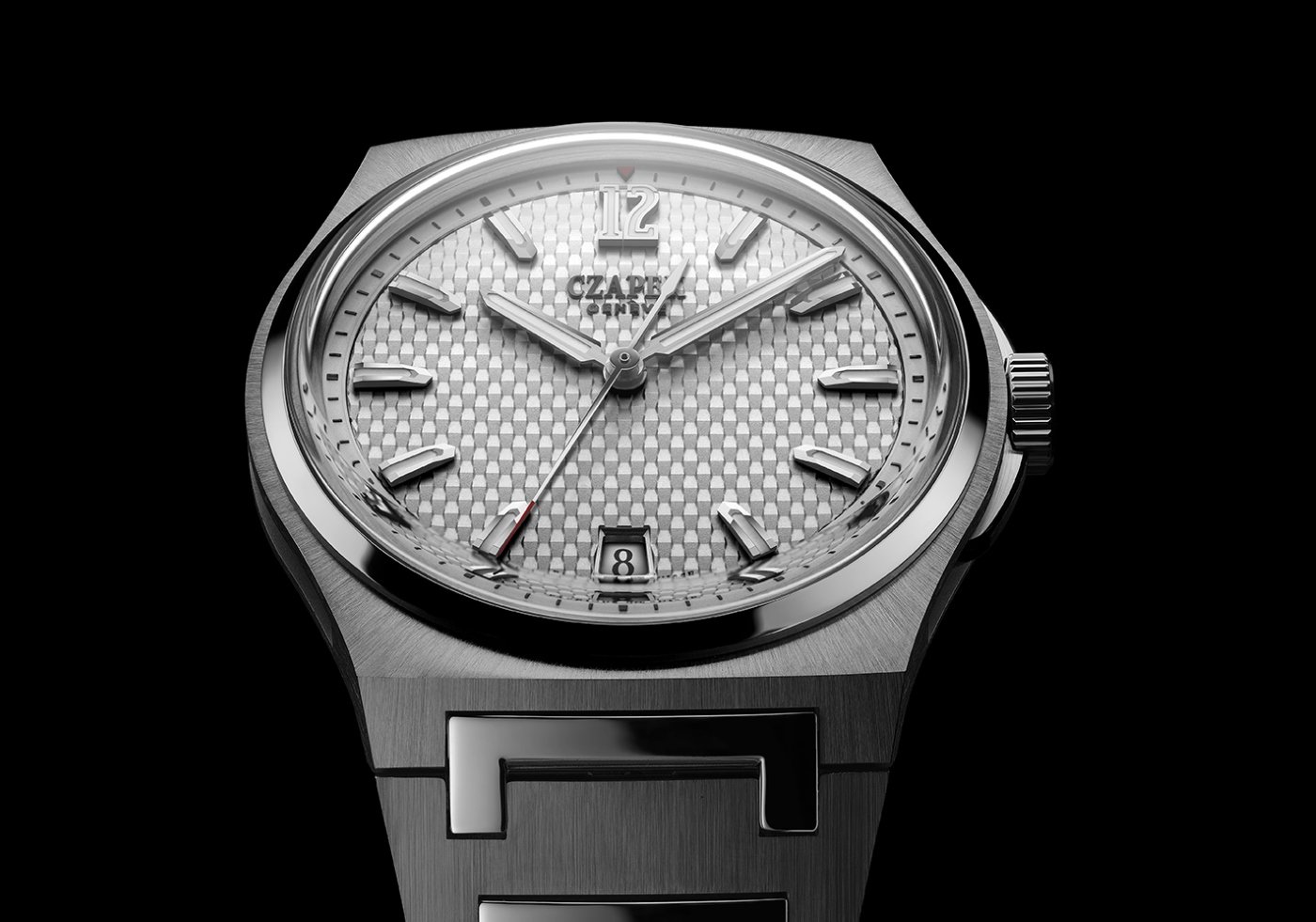 Named after the English explorer Sir Francis Drake, the Drake Passage connects the Atlantic and Pacific oceans between Cape Horn (the southernmost point of South American) and the South Shetland Islands of the Antarctic. The stormy seas and icy conditions make it one of the most challenging places to navigate and sailors say to prepare yourself for an experience somewhere between bad and terrifying!

The creation of these timepieces has not only been a technical adventure but a human one. Czapek & Cie considers its suppliers to be partners and refers to them as such. The brand is also truly appreciative of its 200+ shareholders, without whom the adventure would never have even started. And last but not least, it is grateful for all the watch connoisseurs who have chosen to purchase a Czapek & Cie timepiece, selecting something different from the mainstream. When it comes to collecting, Czapek collects rare people who have become part of the journey, every step of the way. 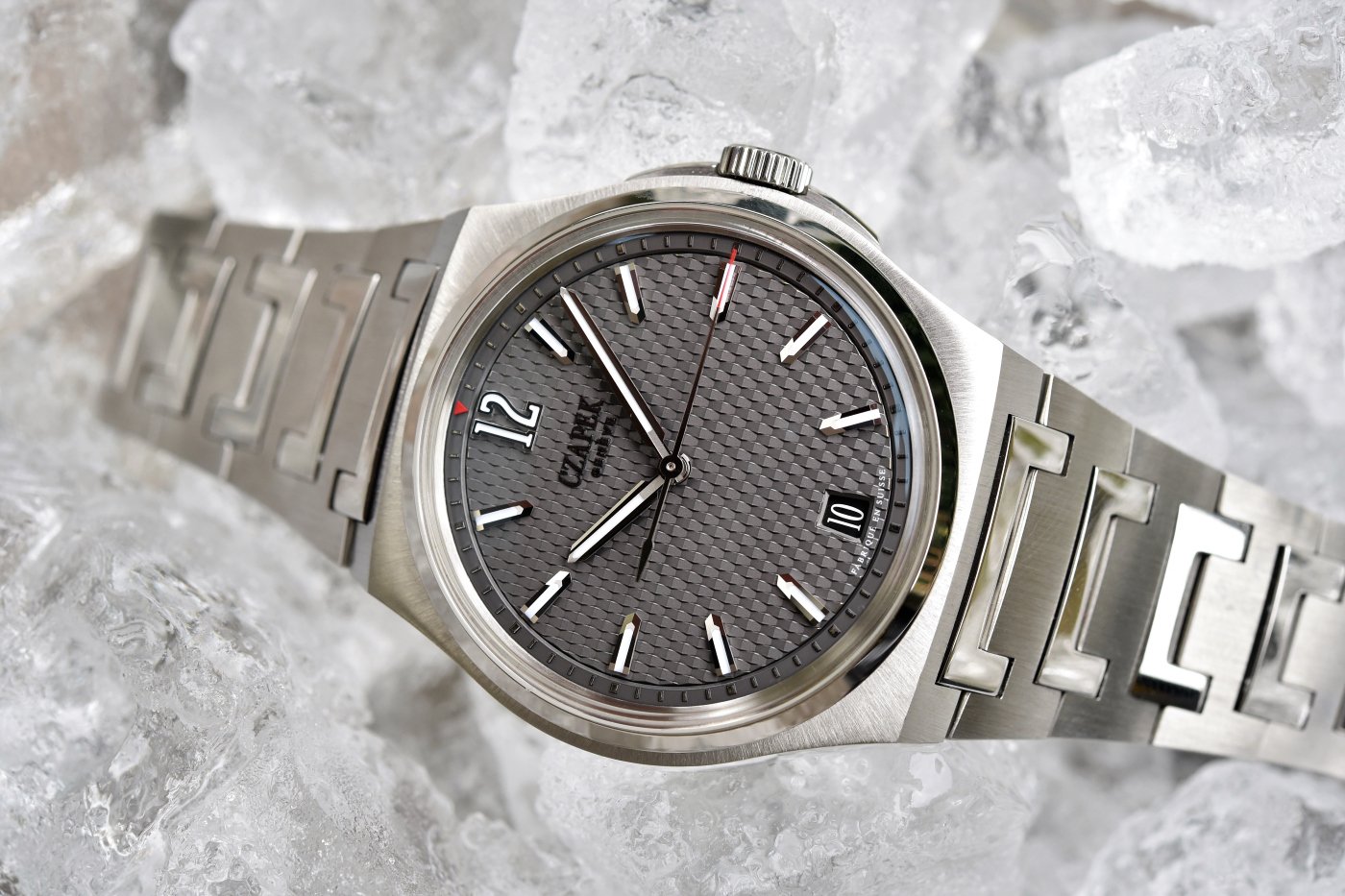 The collection will be available for sale at Czapek & Cie official retailers, at Czapek’s Geneva boutique – 18 rue de la Corraterie – and online at czapek.com. Deliveries are scheduled to start in March 2021. With a production limited to only one watch per day, Czapek will offer its online customers the possibility to choose and book the production date of their watch. In addition, they will be able to select from several aesthetic options, from the colour of the centre seconds hand to a personalised engraving on the case back.