Omega in the starting blocks for the 36th America’s Cup


As the 36th America’s Cup Match is about to start in New Zealand, Omega, the official timekeeper of the race, has launched a dedicated edition: the Seamaster Diver 300M America’s Cup Chronograph, a commemorative watch equipped with the Co-Axial Master Chronometer Calibre 9900.

Omega in the starting blocks for the 36th America’s Cup

As the 36th America’s Cup Match is about to start in New Zealand, Omega, the official timekeeper of the race, has launched a dedicated edition: the Seamaster Diver 300M America’s Cup Chronograph, a commemorative watch equipped with the Co-Axial Master Chronometer Calibre 9900.
T

he 36th America’s Cup Match, between the defender Emirates Team New Zealand and its Italian challenger Luna Rossa Prada Pirelli, will start on the 10th of March 2021 in Auckland.

As official timekeeper oil the race, Omega has launched a new dedicated and race-ready timepiece meant to deliver precision under pressure. With its new chronograph lock-system, quick-change strap and water grip pushers, the Seamaster Diver 300M America’s Cup Chronograph is a fitting tribute to the most important competition of the sailing world. 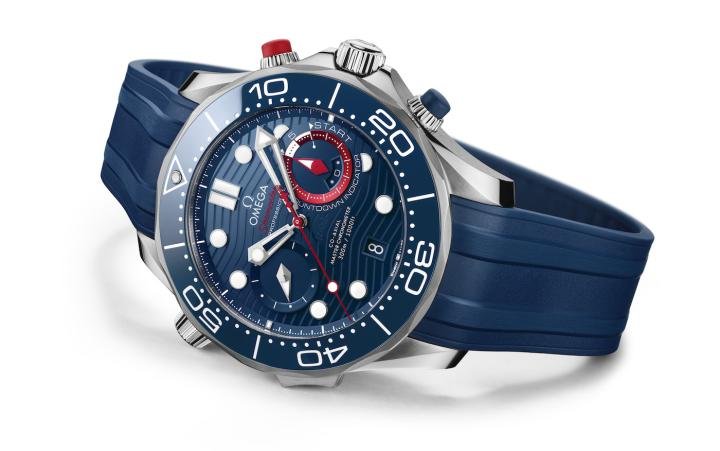 Built from stainless steel, the 44 mm chronograph has a blue ceramic dial and bezel ring, which features a white enamel diving scale. To get a better handle on the watch in high swells, Omega has included soft-touch rubber pushers, ergonomically designed to work efficiently in the wet and stylishly picked out in red and blue. 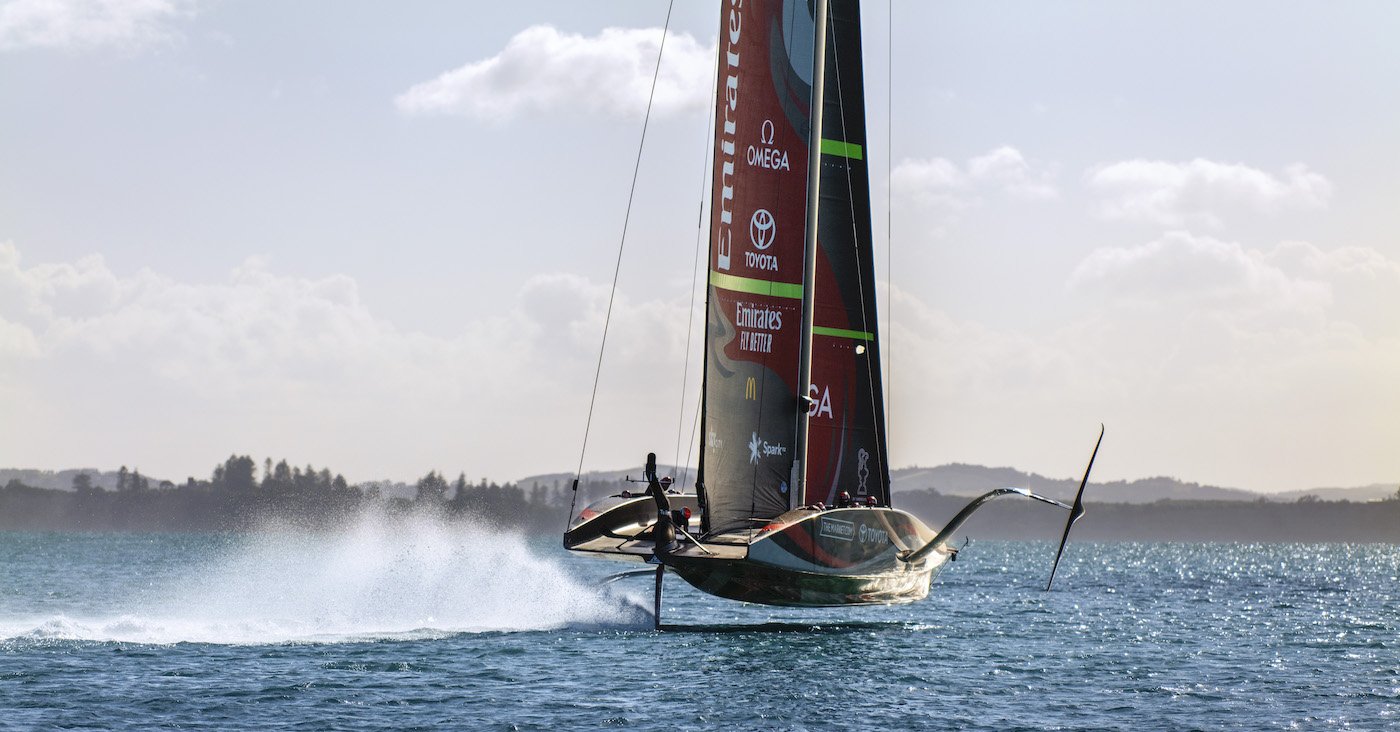 The brand’s exclusive Chrono Lock system is included to secure the chronograph functions when needed. A must when marking time on the water, as sailing at high speeds leaves no room for error. 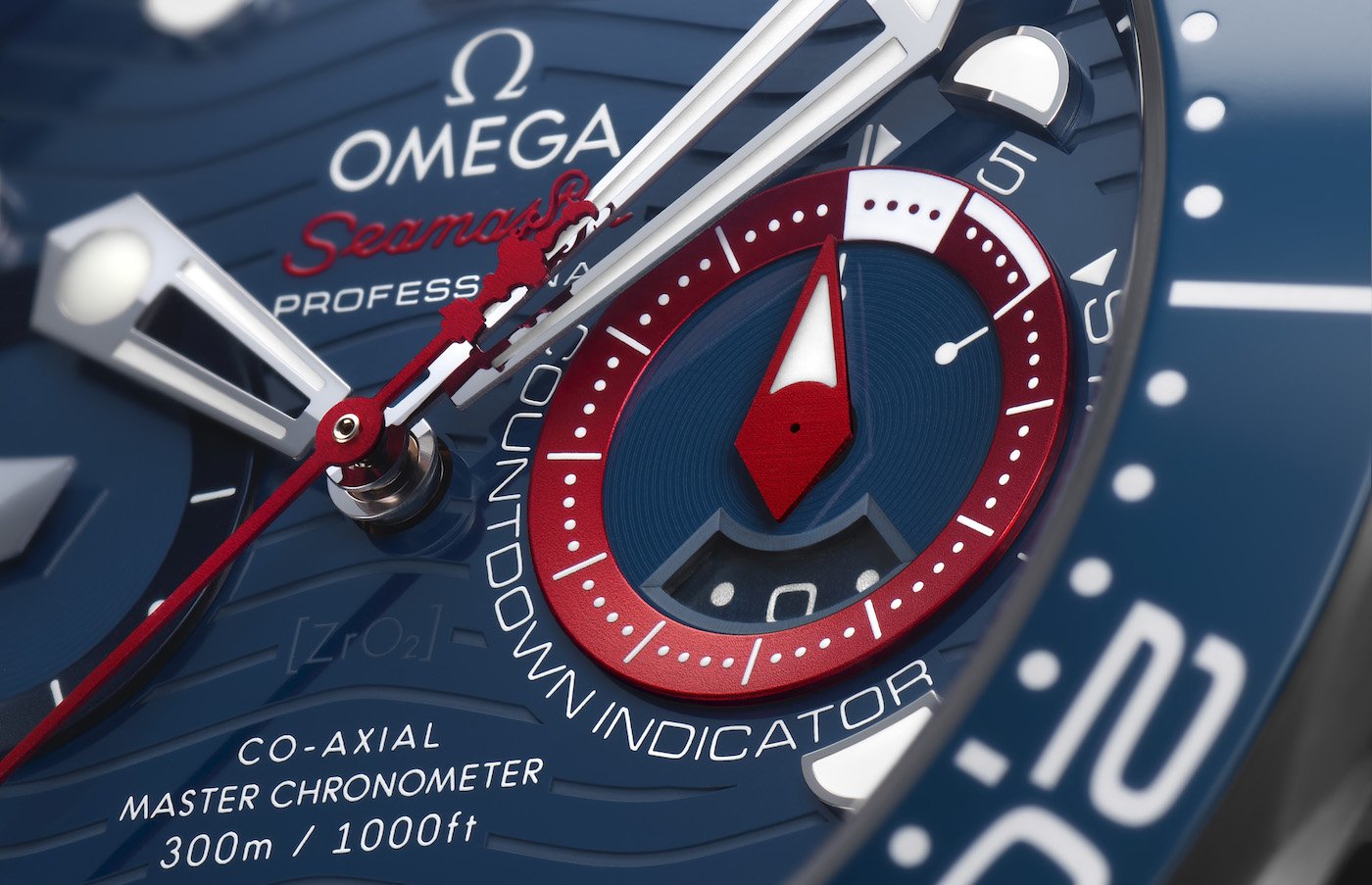 As with all great commemorative watches, the event and year is clearly marked and highlighted in bold. On the Alveol shaped caseback, engravings filled with blue lacquer spell out “36th America’s Cup” and “Auckland 2021”.

Omega’s Seamaster Diver 300M America’s Cup Chronograph has a metal bracelet and additional rubber strap, both equipped with the brand’s new Quick Change system. One press of a button releases the pins from the watch-head, enabling the wearer to switch easily between the bracelet and the strap without having to use tools. 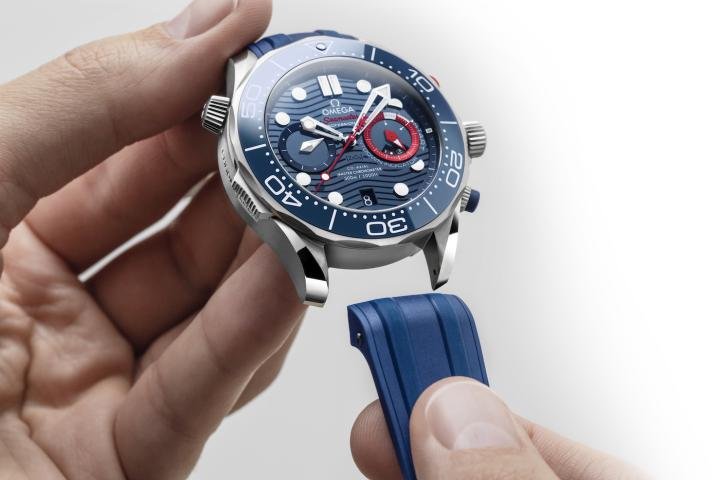 Unlike the boats, the America’s Cup chronograph requires no winds to push it forward. Omega’s Co-Axial Master Chronometer Calibre 9900 is more than up to the task.

A special presentation box in the colours of the America’s Cup, keeps it safe and secure on land - and adds to its collectable appeal. 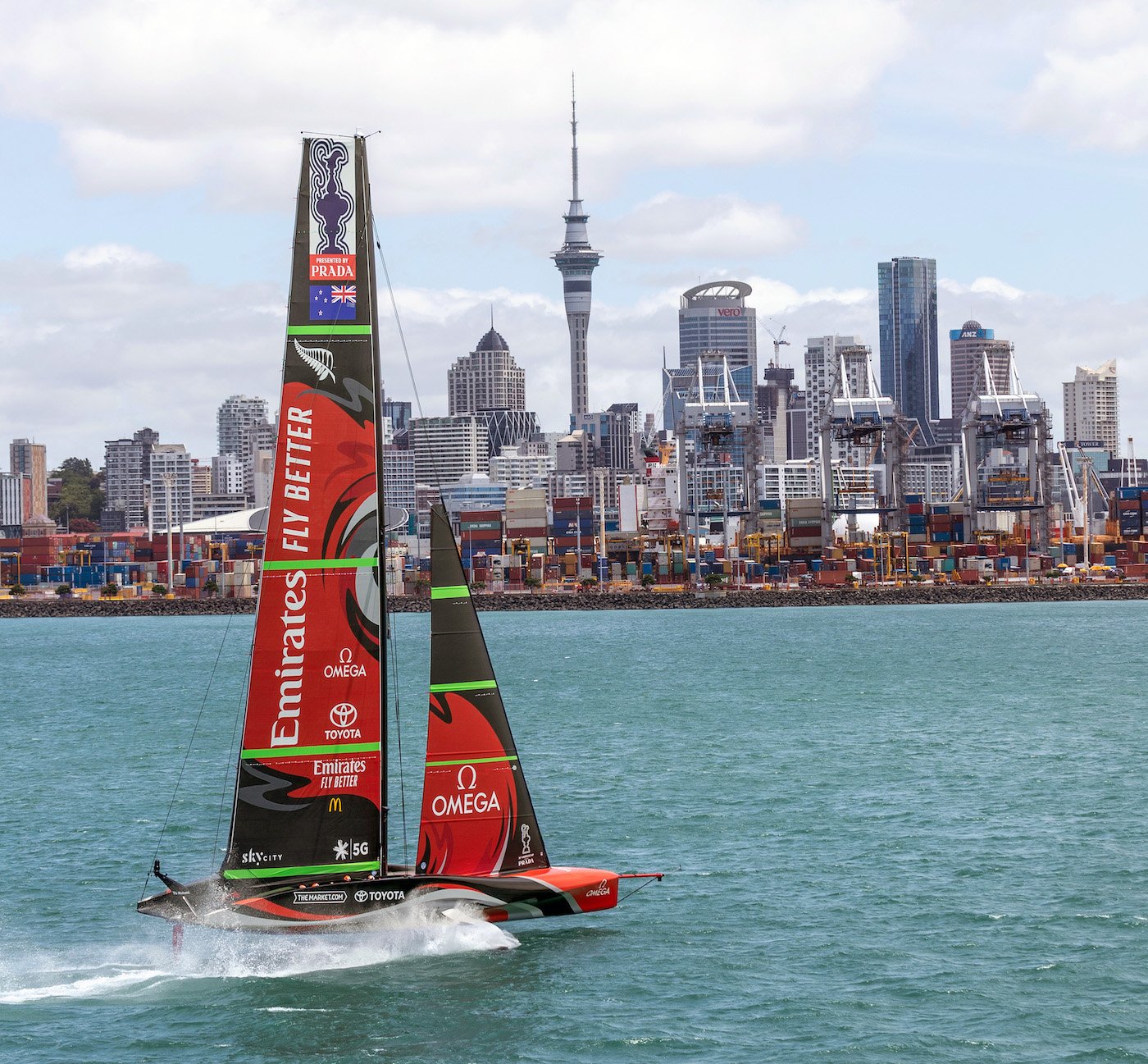