The new Angelus U30 unites a variety of prestigious complications: a tourbillon, flyback and split-second chronograph. The 47mm black DLC titanium case with openworked edges houses one of the most complex automatic skeletonized movements in the world.

The new Angelus U30 unites a variety of prestigious complications: a tourbillon, flyback and split-second chronograph. The 47mm black DLC titanium case with openworked edges houses one of the most complex automatic skeletonized movements in the world.
O

ffered up on the altar of the grande complication, the Angelus U30 is a piece like no other. Ultra-light and ultra-sporty, the incredible Angelus design unites a variety of prestigious complications: a tourbillon, flyback and split-second chronograph. The 47mm black DLC titanium case with openworked edges houses one of the most complex automatic skeletonized movements in the world. In the U30, nothing has been sacrificed in the expression of Angelus’ extreme watchmaking approach.

The U30 is a beast in the etymological sense. If it is held up as an examplar, it is because it is one-of-a-kind – pointed out to stress its exceptional complexity. The U30 is a talking point, because this skeletonized, automatic tourbillon, flyback and split-second chronograph with power reserve indicator is quite simply unique. Angelus has not shied away from any technical challenges. 100% independently manufactured, the result is a watch that defies categorisation. 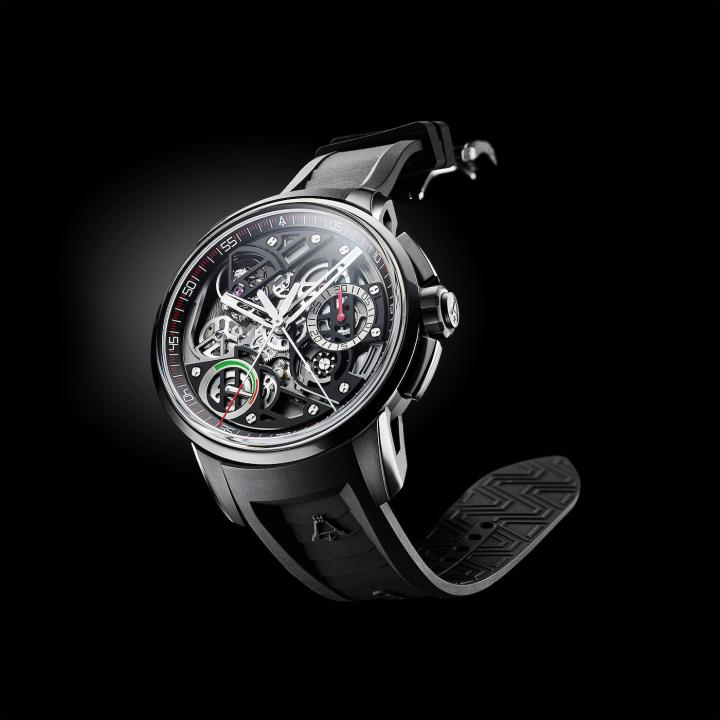 The U30 is also a beast in a figurative sense. It is a mythical creature, a mean machine: an exceptional piece both in performance and design. The spacious skeletonized structure encompasses the case, movement and hands. The case, 47mm in diameter and 15mm thick, is made of black DLC titanium. The lugs and case middle are marked in the centre with a recess that extends the skeletizing of the movement.

The openworked movement has 350 components in total, is treated with black DLC and accentuated in grey. The design is an expression of Angelus’ own brand of hyper-technicality; it is the supreme sportiness of an ultra-light split-second chronograph. One-of-a-kind mean machine. 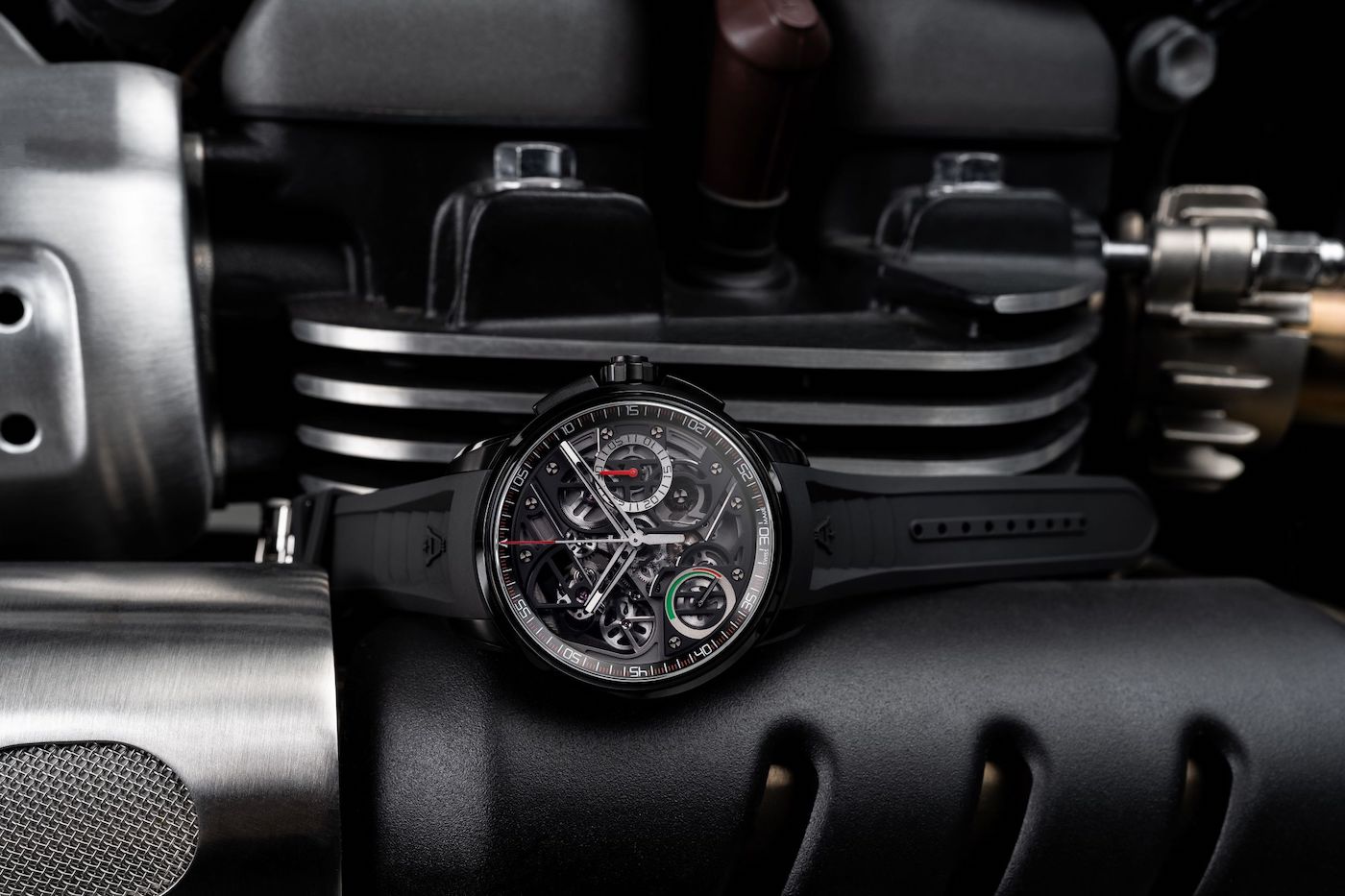 The split-second function allows the central chronograph second hand to be split in two, allowing two events starting together to be timed. At any moment, the same pusher can bring the two hands back together to the same point. A flyback also allows you to reset and restart timing with a single press, without having to stop and reset the hands.

This exceptional feature does not compromise the lines of the U30: the split-second pusher is integrated into the crown at three o’clock, barely protruding from the case. Similarly, the chronograph’s start and reset pushers are very discreet, integrated into the overall line of the U30’s black titanium case middle. The pushers have a short trajectory, requiring up-front design work and adjustment to a degree rarely achieved in watchmaking.

It is hard to imagine a complication as sophisticated as the split-second function. The movements capable of achieving this complication can be counted on the fingers of two hands – and for the skeletonized version, far fewer. Angelus has built its modern identity on openworked pieces integrated into spacious structures that bring the surface area down to the absolute minimum. Here, the A-150 calibre has depth. The hand fitting, bridges, cog and column wheels, patina and rotor create a rich texture of levels for the eye to get lost in.

Chronograph calibres are rarely integrated. They are often made up of a basic calibre and an additional functional module. But Angelus does not subscribe to this approach, instead developing its calibres as a unified system. Split-second chronographs are often manual. The U30 prefers a sportier, active, technical approach for this extremely rare complication, opting instead for self-winding by a large rotor. Split-second chronographs are hardly ever matched with a flyback. Such a combination is so complex that the watchmaking community is often unaware that it is even possible. The A-150 calibre is capable of such a feat. 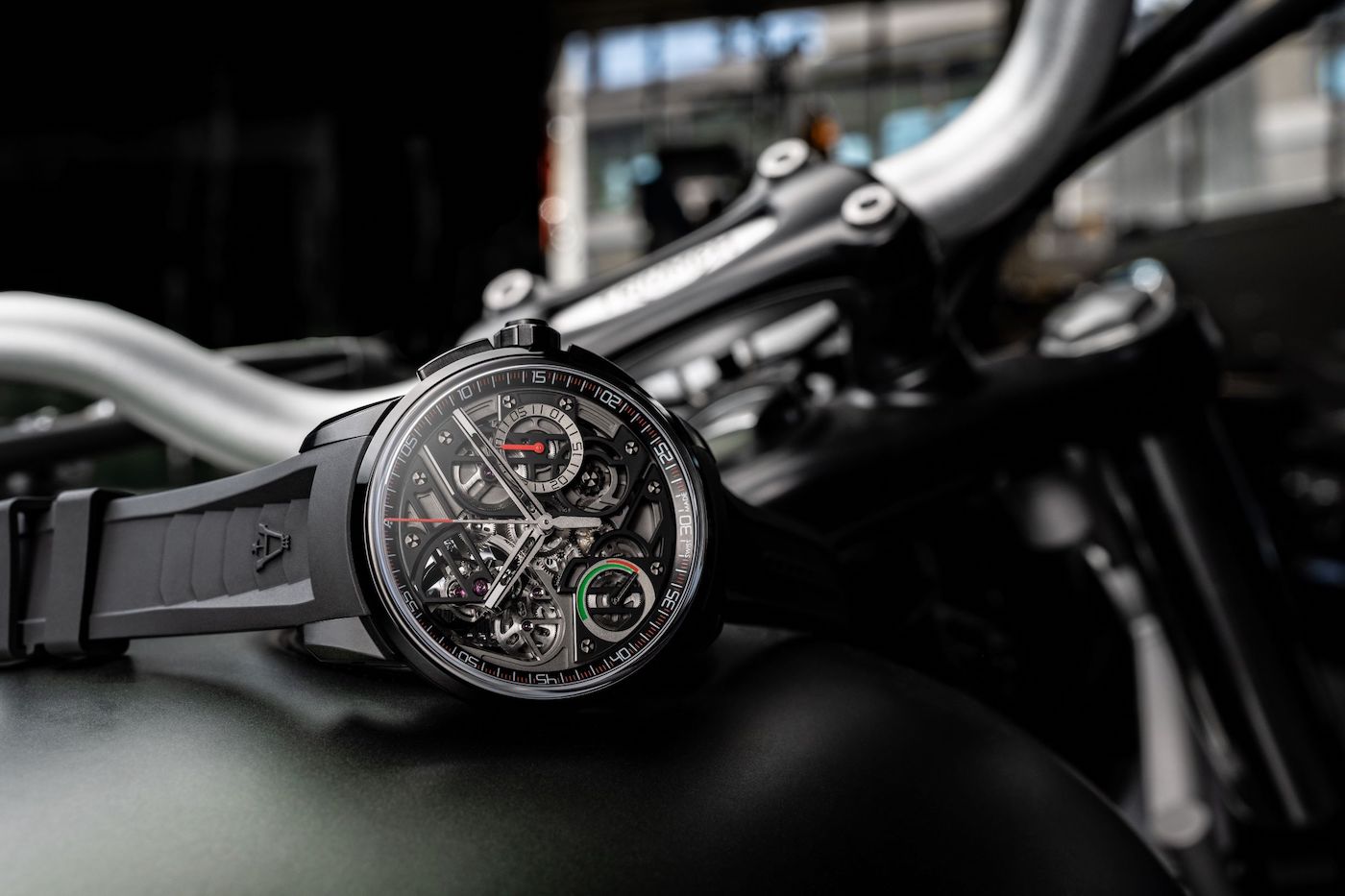 Few chronographs also have a power reserve indicator. The traditional display layout leaves little room for an additional gauge. Angelus has placed the indicator at half past seven on the dial, using a subtle asymmetric layout. Tourbillon chronographs are anomalies, and tourbillon rattrapantes are even more unique. But for Angelus, integrating a rotary regulating organ into the dense and intense A-150 calibre has posed no problem. In fact, combining chronometer and chronograph, measuring precision times and short times is a logical choice for the U30.

When it comes to the U30’s design, structure, decoration, functionality and complications, all of these choices are based on an almost unparalleled level of expertise and independence. The A-150 calibre has been entirely developed, machined, decorated, assembled, adjusted and fitted on the Angelus manufacturing site in La Chaux-de-Fonds. This exclusive movement has been designed with exceptional mechanical and graphic detail in mind. The structure and functions form a coherent whole, highlighting the complications and design of their components. In turn, these high-precision micromechanical watchmaking parts have been integrated into a watch with the powerful design of a thoroughbred designated as an exemplar. 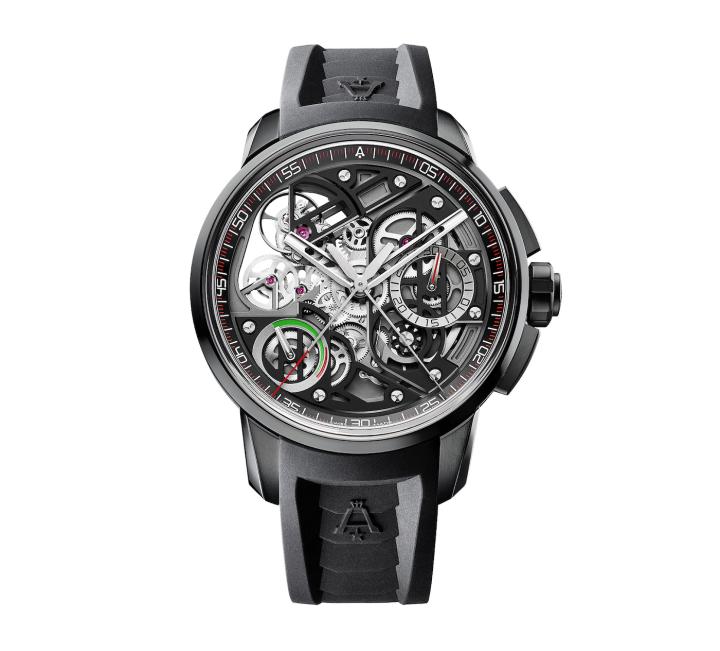