Eberhard & Co.: the rebirth of the Scientigraf from 1961


The presence of magnetic fields is much more widespread than in the past. Eberhard & Co. has seized this market demand by creating a new edition of its historical ‘anti-magnetic’ watch, the original Scientigraf from 1961. Modelled on the features of its predecessor, the new version also offers all the enhancements derived from the application of modern technology and contemporary design.

Eberhard & Co.: the rebirth of the Scientigraf from 1961

The presence of magnetic fields is much more widespread than in the past. Eberhard & Co. has seized this market demand by creating a new edition of its historical ‘anti-magnetic’ watch, the original Scientigraf from 1961. Modelled on the features of its predecessor, the new version also offers all the enhancements derived from the application of modern technology and contemporary design.

he attraction of mechanical watchmaking lies in the perfect balance a mechanical movement needs to strike in order to provide the utmost reliability and precision. Watch enthusiasts are aware that to preserve this balance, they need to protect their timepieces from all the principal threats: knocks, infiltrations, extreme temperatures and magnetic fields.

This has been the mission of Eberhard & Co. ever since its story began in 1887. The Swiss watchmaker has always focused all its creative efforts on producing technical innovations that are truly beneficial to users, exploring solutions in a variety of domains. Over the years, Eberhard & Co. has developed countless inventions and patents designed to solve all the main issues likely to affect mechanical watch movements, including in particular the problem of magnetisation.

The Swiss watchmaking industry turned its attention to this issue when electrical appliances began to feature in the daily lives of many people, having until then been available in limited numbers as the privilege of a small elite. Eberhard & Co. rose to the challenge and was, as always, one of the first manufacturers to offer a product perfectly able to satisfy this new demand, introducing the ‘Scientigraf’ timepiece in 1961. 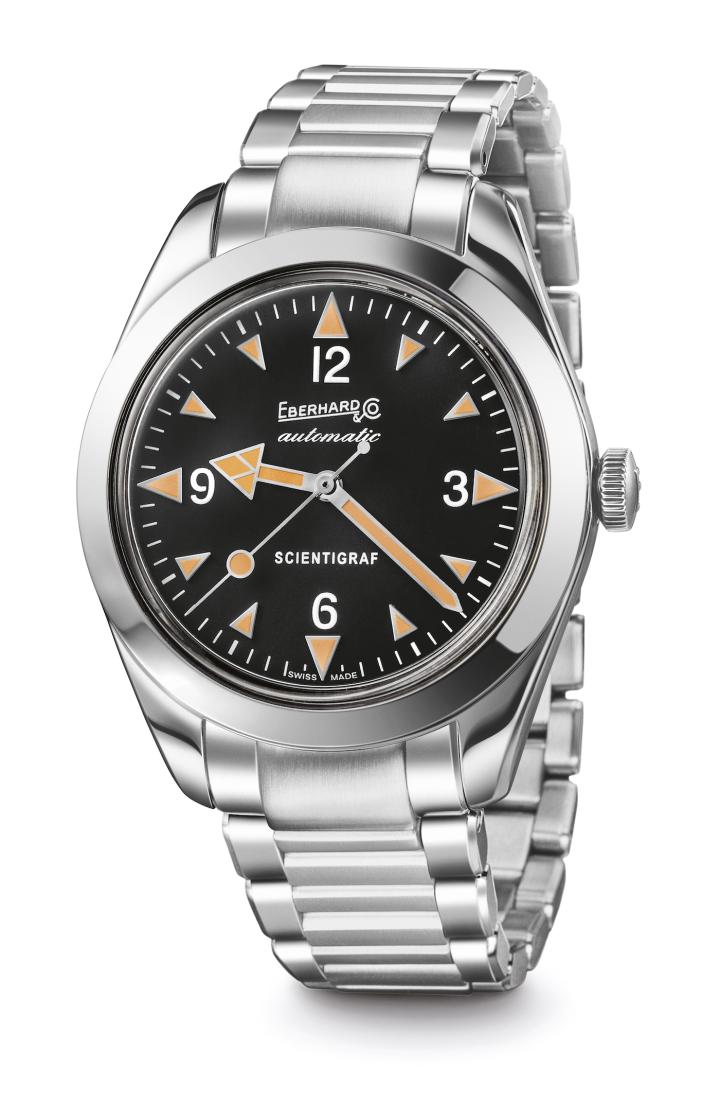 The main solution introduced by the Swiss watchmaking industry was the Faraday cage, a device named after the brilliant scientist who developed it during the first half of the 19th century, well before electrical appliances became a domestic feature throughout the western world.

Like all ingenious ideas, the principle that the Faraday cage introduced into watchmaking is rather simple. Watch-movement magnetisation, a phenomenon which affects watch precision and in extreme cases may even cause a timepiece to stop, is caused by the fact that some of the movement’s mechanical components (those made of specific metal alloys) are extremely sensitive to magnetism. Exposure to it may cause disruption, impairing their ability to function.

The softer a metal is, the greater its capacity to absorb magnetic waves. A Faraday cage is a structure made of soft iron which acts as a shield for watch movements. Its function is to absorb electromagnetic waves, preventing them from reaching the mechanisms. 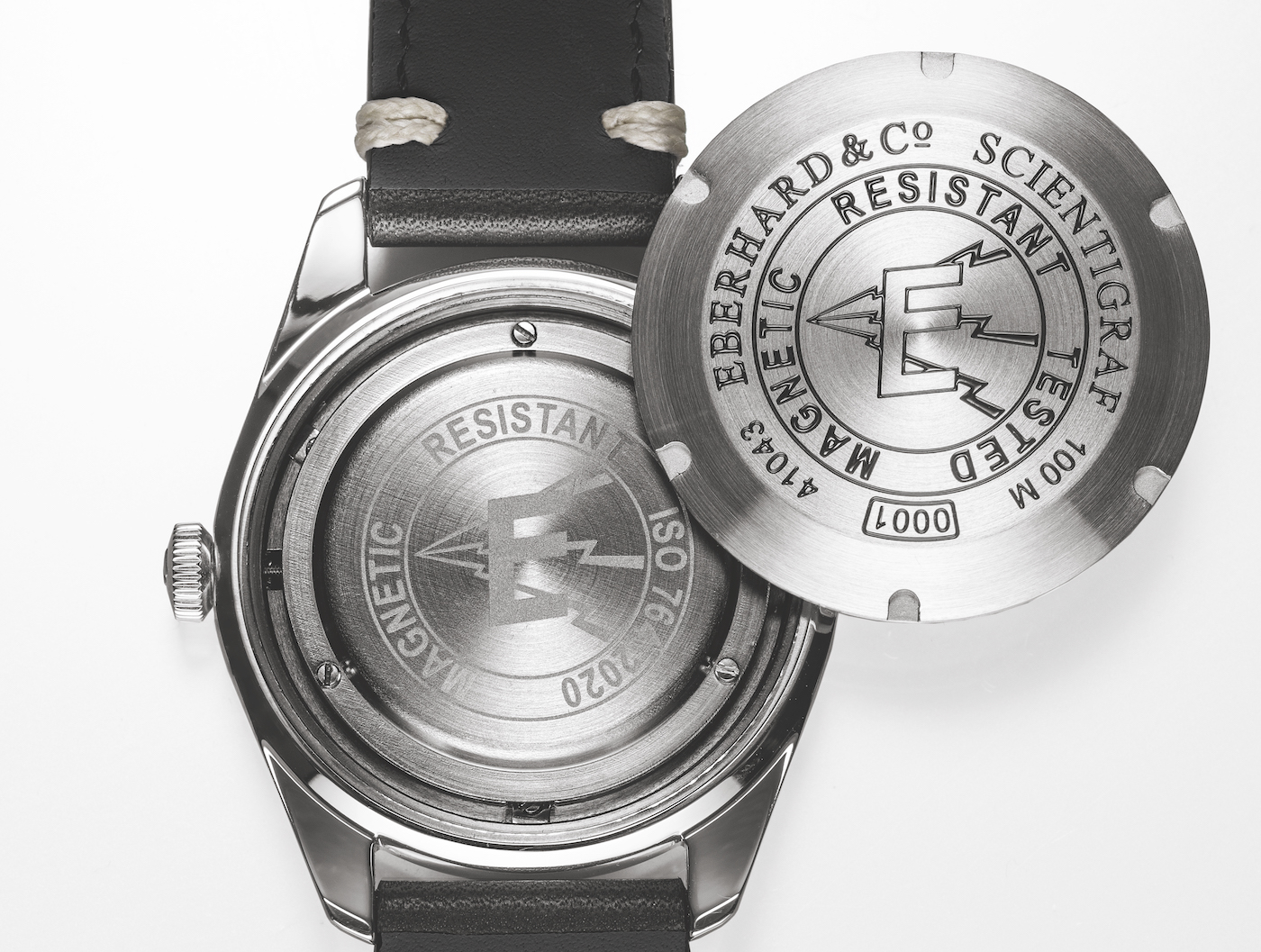 However, a simple principle is not necessarily always easy to apply in practice, especially when we are dealing with micromechanics, as in the case of watchmaking. The ‘Scientigraf’ model of 1961 was one of the timepieces that pioneered this technology, and was extremely successful at the time thanks to the reliability of its performance.

Nowadays, the presence of magnetic fields is much more widespread than in the past owing to the multiplicity of devices we use, such as computers, mobile phones, loudspeakers and many more. Watch-movement magnetisation is increasingly a problem which – although it can be resolved through specialised equipment available at any service centre – nevertheless remains a source of inconvenience and a loss of valuable time.

Eberhard & Co. has seized this market demand by creating a new edition of its historical ‘anti-magnetic’ watch. Modelled on the features of its predecessor, the new version also offers all the enhancements derived from the application of modern technology and contemporary design. 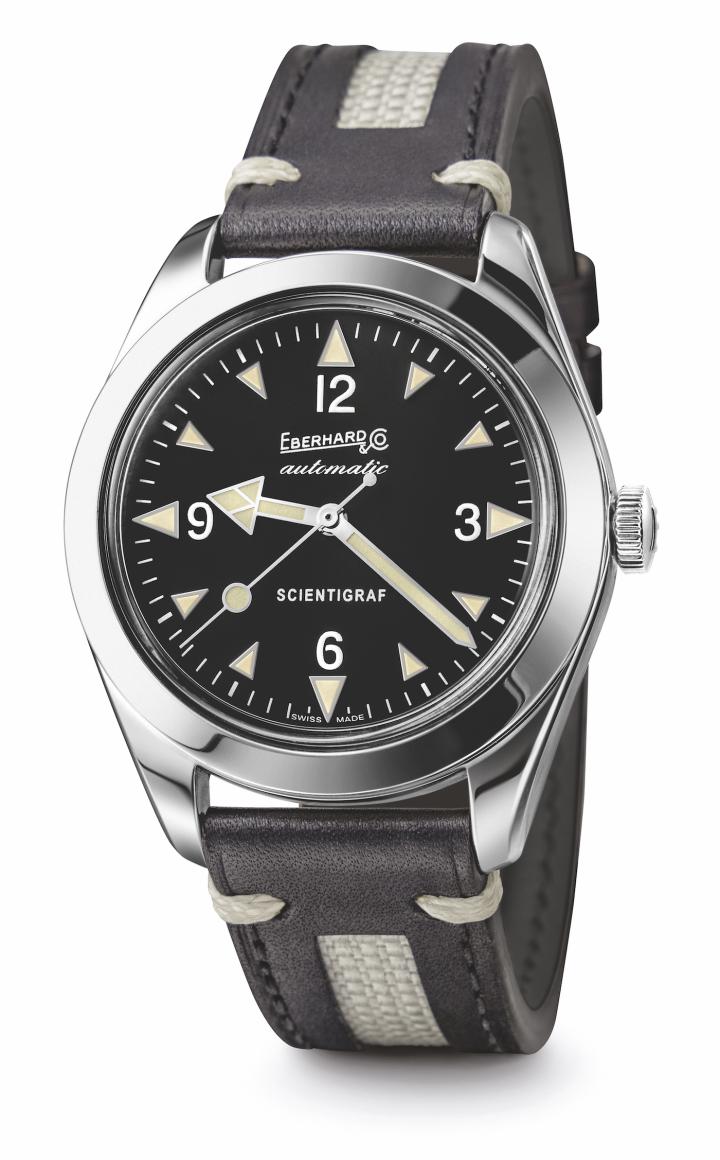 The new ‘Scientigraf’ measures 41 mm in diameter, is water-resistant to 100 m and is powered by a self- winding mechanical movement with dial readings for hours, minutes and seconds at the centre. The steel case presents a polished and satin finish and the screwed-in caseback is customised with a period logo and an inscription referencing the tests successfully passed at the specialist centre in La Chaux-de-Fonds, certifying compliance with ISO 764 2020 standards.

The sapphire glass is carved out and domed, and features an anti-reflective treatment. The two dials available are in mat black, enhanced with a “galbé” finish and two luminescence options for the indices, either vintage or orange. The circular area radiating outwards from the center is luminescent too. The ‘Scientigraf’ watch will have a water-resistant black leather strap with a decorative cordura insert or orange stitching (depending on the dial version) and a buckle customised with the Eberhard shield. Also available is the steel Chassis® bracelet.

The rebirth of the ‘Scientigraf’ again symbolises the dedication of Eberhard & Co. to watchmaking that takes care of every last detail, to produce enduring and highly valuable timepieces destined for a demanding, discerning clientèle. 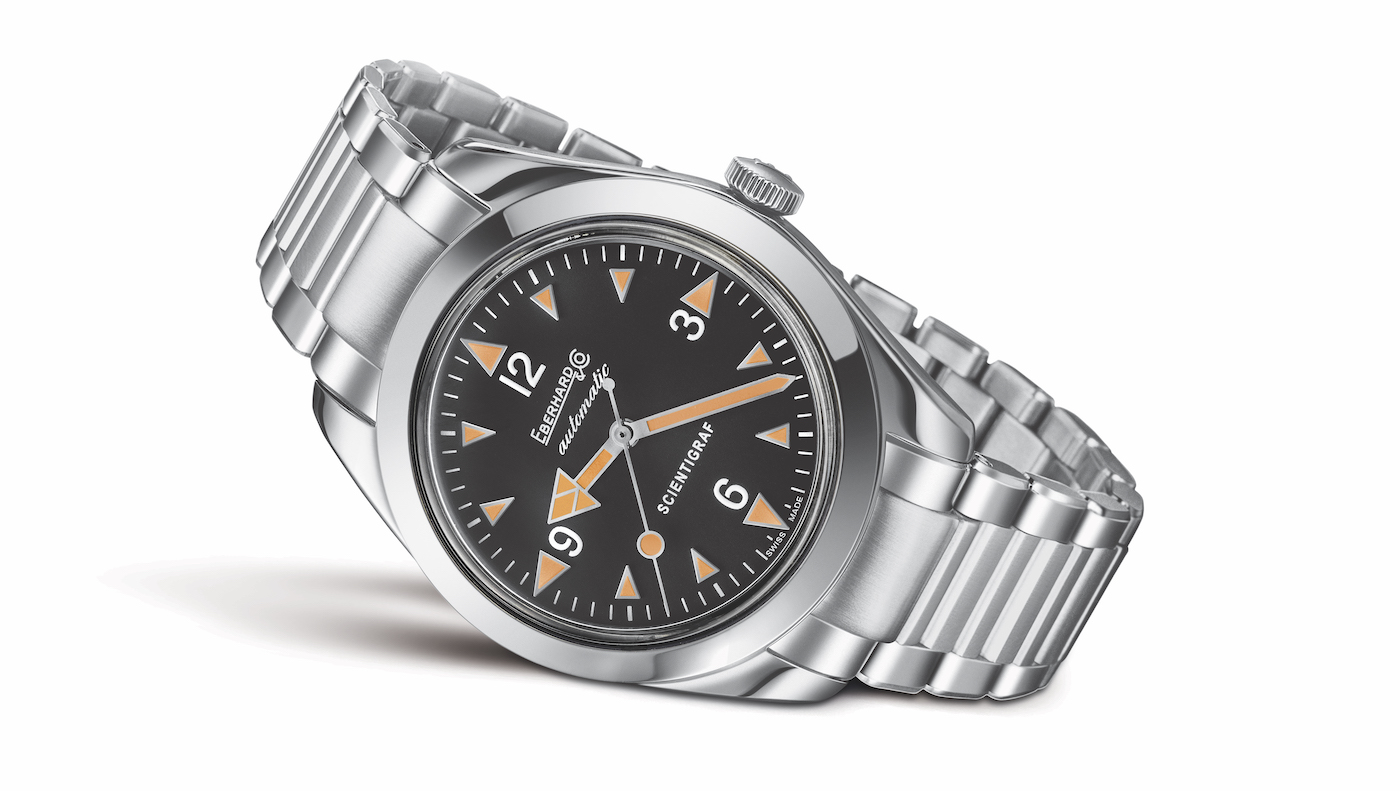