The Trilobe clock by Daniel Buren is a singular work of art. The French watch brand and the artist have crafted a mechanical calibre that combines the architectural codes dear to Trilobe with the artistic vision of the sculptor Daniel Buren.

The Trilobe clock by Daniel Buren is a singular work of art. The French watch brand and the artist have crafted a mechanical calibre that combines the architectural codes dear to Trilobe with the artistic vision of the sculptor Daniel Buren.
T

rilobe will support once again Only Watch in its 2021 edition. Since the first edition in 2005, Only Watch has come a long way in accelerating the knowledge of Duchenne muscular dystrophy that affect hundreds of thousands of people. Thanks to Only Watch, scientists are now entering the decisive and promising phase of patients’ recruitment for clinical trials.

It is to honour this extraordinarily ambitious project that Trilobe and the sculptor Daniel Buren have decided to offer a unique and meaningful collaboration, a singular creation. The reciprocal is the action that subjects perform on each other: two reciprocal forces that materialise into a unique artistic creation. Daniel Buren and Trilobe have fun with this encounter: opposing forms and colours, disturbing the view, questioning the mind.

Art and watchmaking oppose and meet each other, in reciprocal forces:

It is from this moment and this desire for reciprocity that the Trilobe by Daniel Buren project was born: to combine a young watchmaking brand with one of the most recognised artists on the international scene. Around a scarlet beating heart, imagine a duality between the technicality of the watchmaker and the unique proposal of the artist in an immediate dialogue with the «X-Centricity» of Trilobe. It is, above all, the exhilarating prospect to realise a unique artwork to serve a great cause.

Designed as the scarlet beating heart of the work, this mechanical calibre is unlike any other. It combines the architectural codes dear to Trilobe with the artistic vision of the sculptor Daniel Buren. A real technical challenge, it took several months of development to create this unique calibre, designed in France and entirely handmade by Swiss watchmakers in the canton of Vaud, Switzerland.

Imagined from a multi-dimensional perspective and inspired by Trilobe’s signature X-Centric Calibre, this made-to-measure movement is designed like a contemporary house. Each part has been recalibrated to the scale of this unique clock, to allow the display of the hours, the minutes and the seconds by rotating rings and fixed indicators. In the purest horological tradition, the clock is equipped with a constant-force escapement, while the barrel has been doubled to provide an eight-day power reserve. It features the excellent finishes of traditional watchmaking, with hand-polishing, bevelled bridges, as well as sunburst barrels and a sandblasted plate. 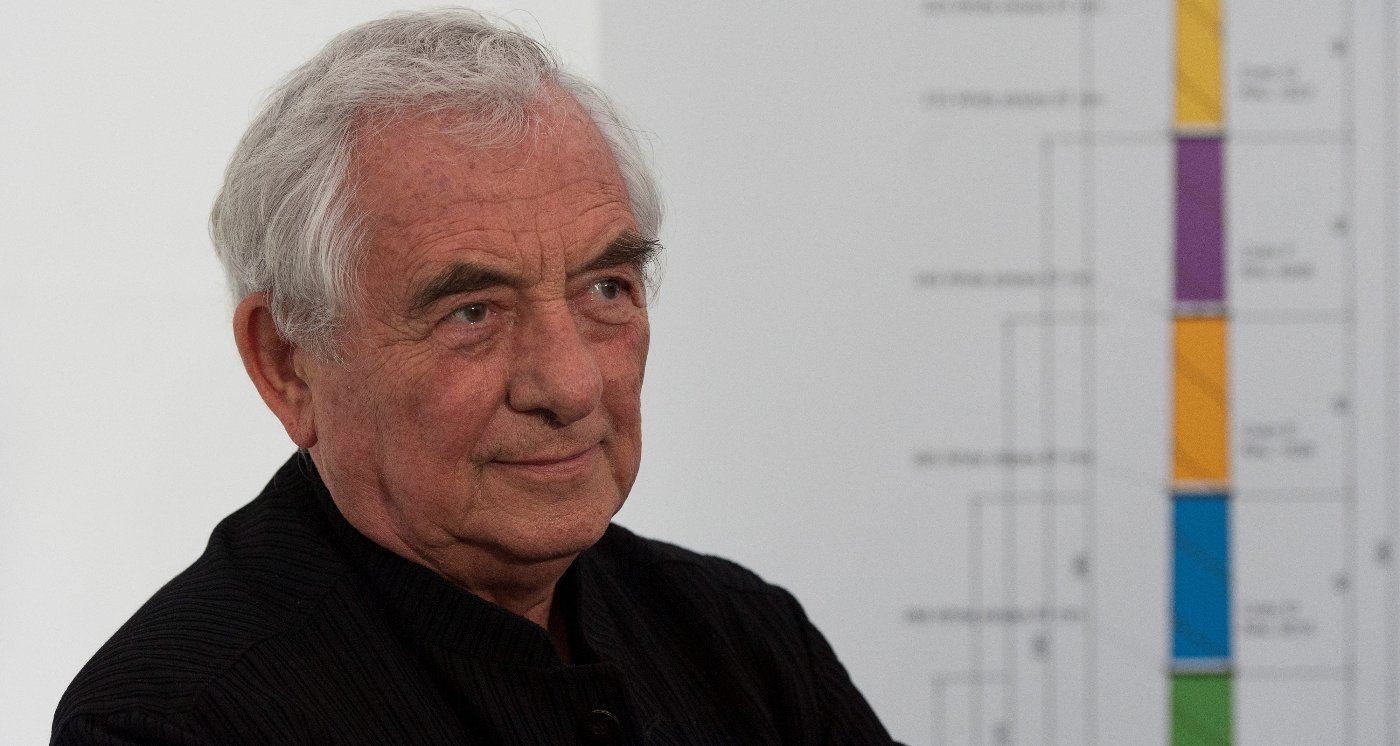 The Trilobe clock by Daniel Buren is a singular work of art in which the eccentric vision of the artist cannot be understood without the technical expertise of the watchmaker. It also remains faithful to the tradition of excellence in watchmaking and offers us the immutable and inimitable ticking of the great clocks.

Three rotating rings are set in motion, each bearing a gradation of time: the largest ring for the hours, the middle one for the minutes, and the smallest for the seconds. Eccentric and mobile, they turn counterclockwise. The three trilobes, a universal and timeless architectural shape, echo the three pillars of time - Hours, Minutes and Seconds - and become the new time indicator.