To mark 100 years of watchmaking, the brand looks back to this popular vintage military timepiece and unveils a re-edition of the original Benrus DTU2A/P field watch.

To mark 100 years of watchmaking, the brand looks back to this popular vintage military timepiece and unveils a re-edition of the original Benrus DTU2A/P field watch.
T

he Benrus ‘DTU,’ originally issued in 1964, was the result of modifications requested by the US military for combat watch specifications in the early 60s. The revision was meant to simplify the requirements for a 17-jewel hacking wristwatch with an extended service life. Benrus created the DTU-2A/P per this request, which subsequently led to the development of the iconic Type I.

To mark 100 years of watchmaking, the brand looks back to this popular vintage military timepiece and unveils a re-edition of the original Benrus DTU2A/P field watch.

Since its inception in 1921, Benrus has remained an American watchmaking company rooted in supporting the US military. The 1960s saw a major evolution as Benrus became a key supplier and was the first military supplier to win the commission of the MIL-W-3818B contract to produce a field watch for U.S. soldiers in Vietnam. Both the steel and later plastic version of what has become nicknamed the ‘DTU’ were well received by all troops. The ‘DTU’ was an important model for Benrus since they were the only company to secure the MIL-W-3818B contract.

The original DTU-2A/P featured a parkerized steel case, black dial with numerals and indices in white and an inner ring with military time, hands filled with green luminescent paint (tritium), a fully luminous second hand and an acrylic crystal. The movement used was Benrus’ DR2 F2, which was a Swiss Made 11.5 ligne, 17-jewel hand-wound movement with hacking capability.

“The DTU is a prime example of who we are as a company, one who has always supported the military to make sure our heroes went into battle with reliable and quality equipment,” said Benrus COO, Michael Goeller. “Last year, we released another of our original military issued watches, the Type I, which has garnered much attention amongst military service members, fans of military history and watch collectors alike. While the Type 1 was selectively provided to Special Ops, the DTU model was issued in 1964 to all soldiers in Vietnam. Many heroic Veterans have worn the DTU during some of the most daunting missions in US military history.” 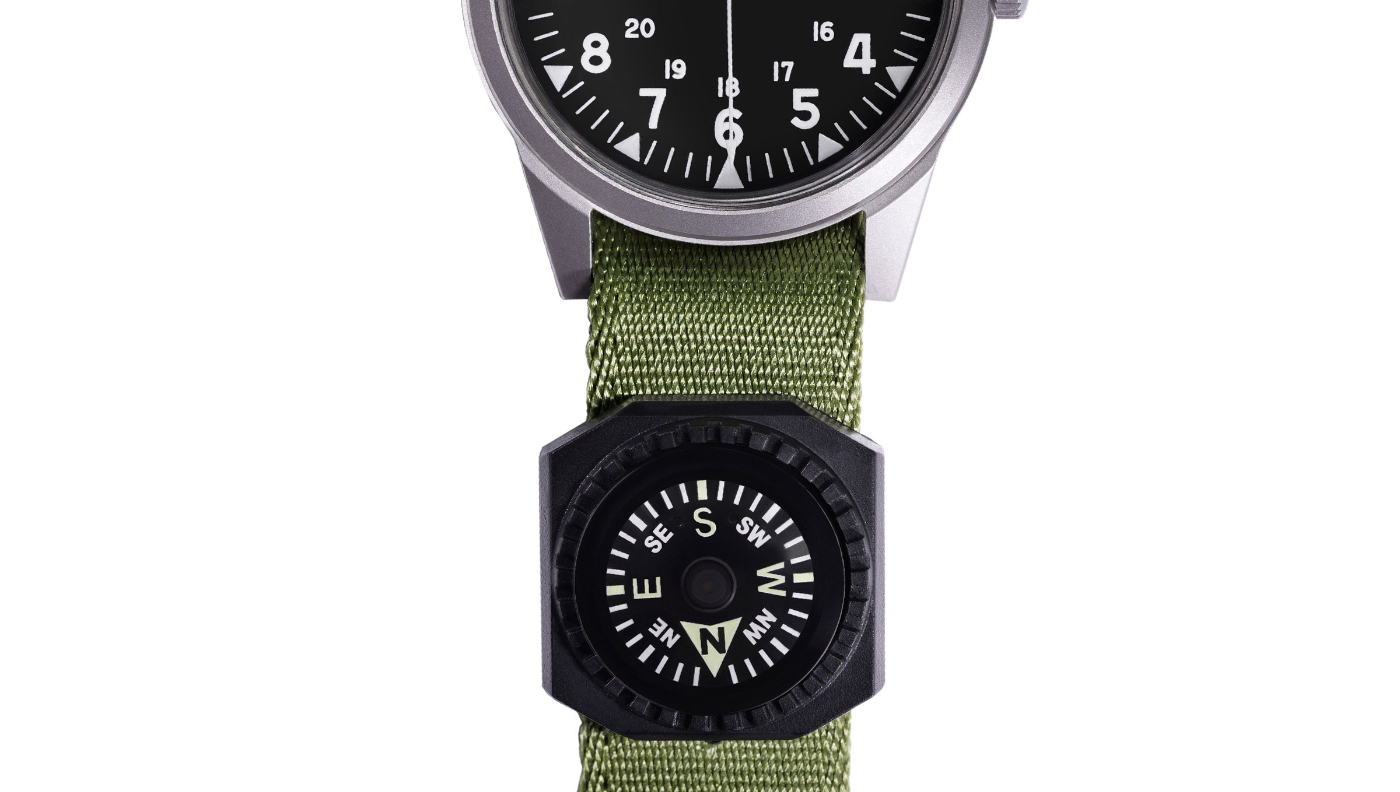 Benrus’ reissue of the new DTU-2A/P features a 39.5mm bead blasted 316L stainless steel case with black dial, numerals and indices in white, inner ring with military time along with Super-LumiNova hands and markers. Powered by a Sellita SW200 automatic movement with a 38-hour power reserve and 5ATM water resistance, the watch is finished with a doubled domed acrylic crystal and offered on a green seatbelt nylon single pass NATO strap.

Since many soldiers outfitted and personalized their own watches, the new Benrus DTU-2A/P comes with a removable military compass attached to the strap. Assembled in the USA, the watch also features all the original case back markings of the vintage version. It is priced at $595.