After producing four successful limited-edition watches honouring the work of the world’s most famous rock band, Raymond Weil offers a unique four-part set of watches in aid of Nordoff Robins. 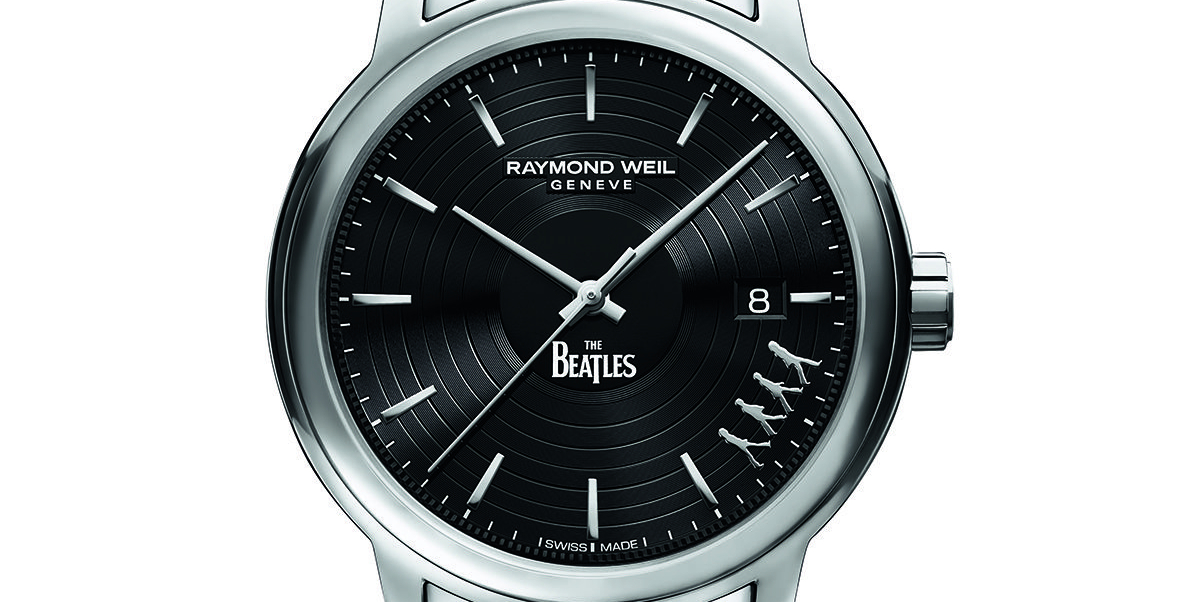 he story began in 1976, when Raymond Weil founded his eponymous company. Today, the firm distributes products around the globe. From the outset, the Swiss marque, based in Geneva, had a special affinity with the world of music. Indeed, it has since forged close partnerships with legendary artists, music brands, concert venues and prestigious award ceremonies. The fields of horology and music share much in common, especially when it comes to the importance of precise timing.

Over the years, Raymond Weil has created products bearing the iconic names of Gibson and Marshall. Moreover, it has produced watches linked to several famous artists, including AC/DC, David Bowie, Buddy Holly and Bob Marley. However, in 2016, the Maison announced a remarkable coup, namely, forming a partnership with Apple Corps, the venture set up by the world’s most famous rock band, The Beatles.

The inaugural Beatles-themed watch, the maestro 2237-ST-BEAT1, was released in 2016. It sported a silver dial marked with various album titles positioned around the hour track. The official Beatles logo sat in the lower portion of the dial and a special ‘Help’ index, depicting the Fab Four, assumed residence at the 4 o’clock position. Limited to 3000 pieces, the watch enjoyed widespread appeal.

One year later (2017), Raymond Weil made a repeat performance, playing to a growing audience, releasing the maestro The Beatles “Abbey Road” Limited Edition. Once again, the model was limited to 3000 pieces. It was housed in a 39.5mm stainless steel case and featured a black dial that emulated the appearance of a vinyl disc. The Beatles logo was positioned beneath the fulcrum of the dial and the iconic Abbey Road silhouette sat at 4 o’clock.

In 2019, the Swiss brand launched the Maestro The Beatles “Sgt Pepper’s” Limited Edition. Measuring 40mm in diameter, the case was dressed in yellow gold PVD. For the first time, Raymond Weil chose to equip the watch with a vegan leather strap. A replica of the drum motif, pictured on the album cover of ‘Sergeant Pepper’s Lonely Hearts Club Band’, took pride of place at the heart of the dial. In addition, the Beatles logo sat at 6 o’clock.

In 2021, Raymond Weil released the “Let it Be” Maestro. With its 40 mm stainless steel case, the watch exhibited wonderful proportions and, once again, featured a vegan strap. In this instance, the Genevan Maison employed its expertise for making openworked watches, revealing the regulating organ, spring barrel and a plethora of other parts usually hidden from view. Consistent with other Beatles-themed models, the rock band’s logo was in evidence, albeit this time it was positioned at 9 o’clock. 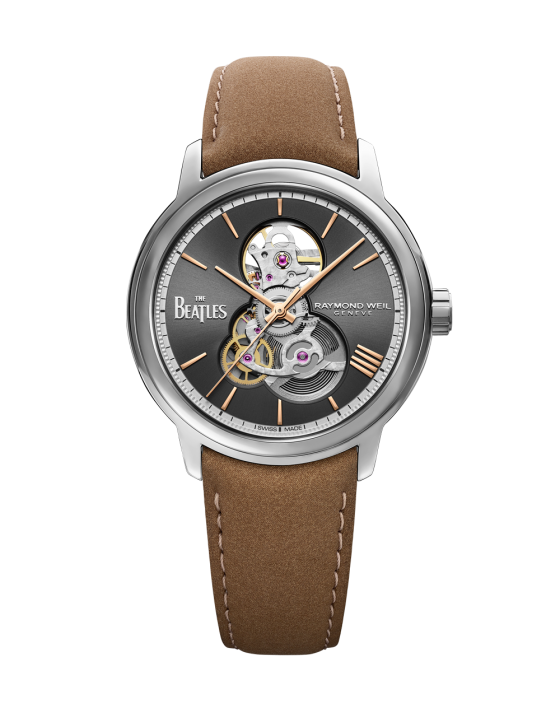 This latter watch was the swansong for Raymond Weil’s collaboration with Apple Corps. However, one lucky collector now has the opportunity to purchase a unique, four-part set containing each of the aforementioned Beatles-branded models. At the time of launch, each of the four Beatles models was limited to just 3000 pieces. Raymond Weil retained the first example of each model, all bearing the same serial number ‘0001’. These now feature within the four-part set, conferring an unprecedented degree of exclusivity.

This unique Beatles set is presented in a sumptuous wooden case and is available for 20,000 CHF. Raymond Weil will donate 100% of the sale proceeds to Nordoff Robins, the UK’s largest music therapy charity, providing a fitting finale to a wonderful collaboration.