The independent brand introduces two new limited editions to the Faubourg de Cracovie range: the Purple Panda, where the Résonance guilloché motif is colored in an unprecedented purple hue, and the California Blue, with a California dial, giving it a vintage feel.

The independent brand introduces two new limited editions to the Faubourg de Cracovie range: the Purple Panda, where the Résonance guilloché motif is colored in an unprecedented purple hue, and the California Blue, with a California dial, giving it a vintage feel.
B

lue is the new black? For Czapek, why not? But also intense purple - inspired by Haute Couture. The creative incursions of the Geneva-based maison in the field of original dial colors with the most modern metal coloring techniques have produced two new models, which enrich the Faubourg de Cracovie family of chronographs - the Purple Panda and the California Blue.

As is often the case with Czapek, a brand known for its inclusive and collaborative spirit, the two timepieces originated from two bespoke requests from collectors of the brand, which then became ultra-limited editions.

In the case of the Purple Panda, the exclusive registered “Résonance” guilloche pattern has been tinged with a magnificent deep purple color, contrasting with the white of the chronograph’s minute and hour counters. An original and contemporary timepiece, “totally in the air-du-temps,” as Xavier de Roquemaurel, CEO of Czapek & Cie, comments. “Most of our clients associate Czapek with unexpected vivid colors and have invited us to make incursions in directions that are not so common in Haute Horology, as if Czapek also had an Haute Couture dimension. The tone of the Purple Panda was born from these exchanges… and its name from our low-key, humorous culture”.

The California Blue, on the other hand, features a deep and intense blue grainé dial, and echoes the numbering called “Californian” already used for the Faubourg de Cracovie California Dreamin’ model - half in Roman and half in Arabic numerals. In turn, the California Dreamin’ was inspired by the very first watch in the brand’s modern history, created to raise the initial funds to relaunch the Czapek & Cie name.

Both timepieces are powered by the Czapek SXH3 caliber, made by Vaucher Manufacture Fleurier in a bespoke execution for Czapek. It is a COSC-certified, integrated column-wheel chronograph with vertical engagement and high frequency - 36,000 vibrations per hour or 5 Hertz. An automatic haute horlogerie movement, with excellent finishes such as sandblasting and snailed finish.

“After 4 years of experience and analysis, we can now affirm that the SXH3 is one of the most reliable and precise Haute Horology chronographs ever built. It is a masterpiece in terms of conception, displaying the regularity of a perfect machine”, says Xavier de Roquemaurel.

Made in just 18 pieces each, the two new timepieces is available in official Czapek & Cie retailers worldwide and on Czapek.com. 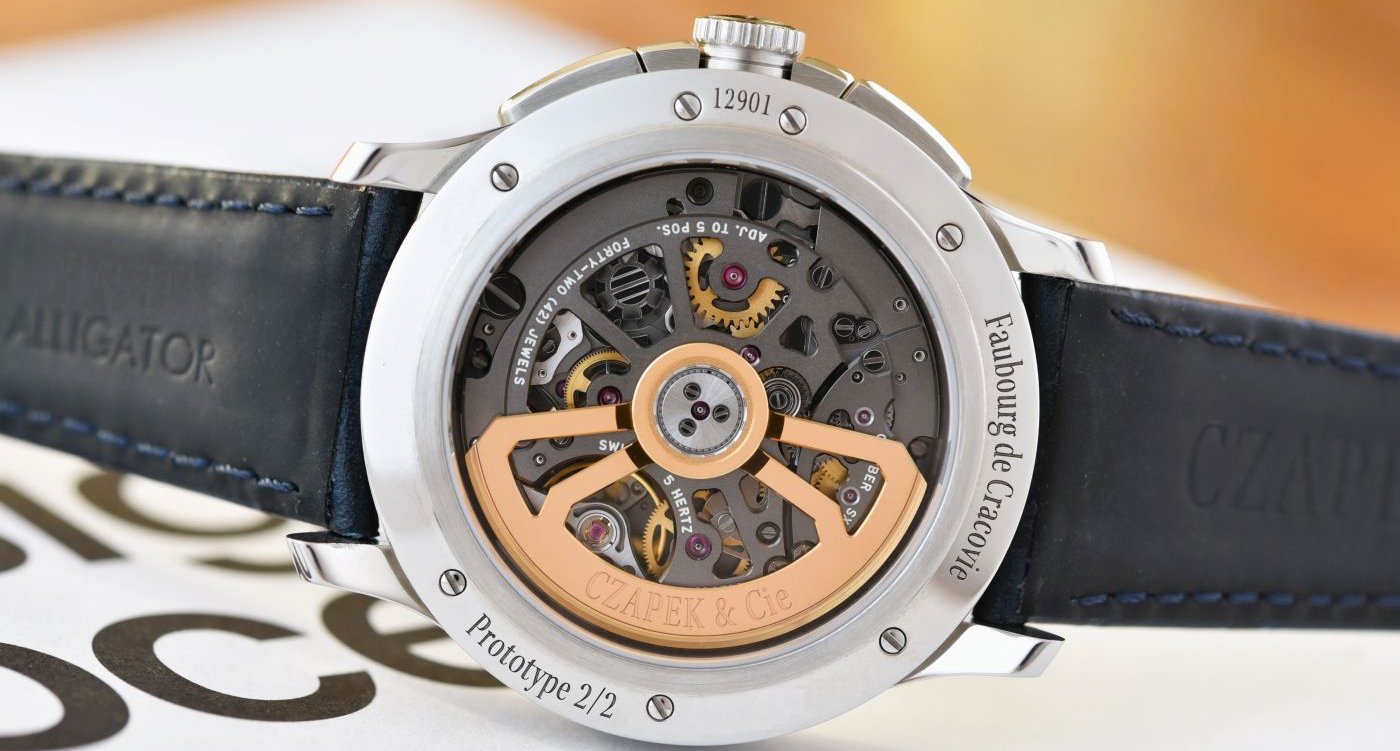