The Austrian horological think tank launches the NGC-42. Controlled by a flying tourbillon and a Random Impulse Controller, the Double Orbital Indicators move like celestial bodies and orbit a central Core Unit in a three-dimensional ecliptic.

The Austrian horological think tank launches the NGC-42. Controlled by a flying tourbillon and a Random Impulse Controller, the Double Orbital Indicators move like celestial bodies and orbit a central Core Unit in a three-dimensional ecliptic.
D

oppelgänger, the Austrian horological think tank launches the NGC-42. Controlled by a flying tourbillon and a Random Impulse Controller, the Double Orbital Indicators move like celestial bodies and orbit a central Core Unit in a three-dimensional ecliptic.

Sounds like something straight out of a NASA laboratory? It does. The result is the experience of space and time in a very wearable wristwatch.

The NGC-42 takes its name from the New General Catalogue of Nebulae and Clusters of Stars (NGC), which was started in the 1880s. It is largely based on Wilhelm Herschel’s observations of the skies and is still the standard work today. It represents Doppelgänger’s aim of uniting past, present and future.

The numeral 42 will be familiar to readers of “The Hitchhiker’s Guide to the Galaxy” by Douglas Adams. This represents the view of the three founders of Doppelgänger that complex engineering and high-end watchmaking ultimately should actually be fun. 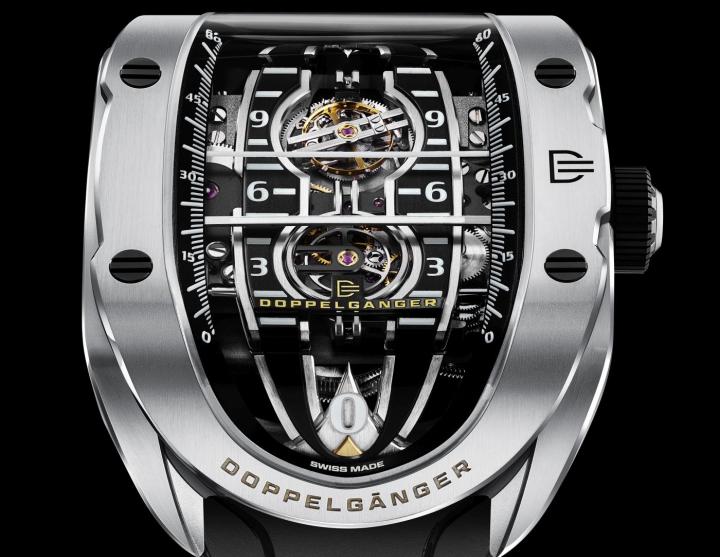 Now for some engineering facts:

From the base up, the NGC-42 consists of three units: The Base Unit with four of the five main spring barrels; the Core Unit containing the movement with the flying Tourbillon and a specific Random Impulse Controller and the Indication Unit with the micro-belt drive, the Orbital Indicators and the hour scales.

The tree units of the NGC-42 in detail from case back to crystal:

The Base Unit contains four of the five large main spring barrels of the NGC-42. Three barrels are driving the Indication Unit. The fourth barrel drives the Tourbillon, together with the fifth barrel in the Core Unit. This ample power supply provides a reserve of 100 hours.

The Core Unit houses the movement of the NGC-42 and the winding and time setting mechanism. Prominently visible are the Tourbillon and the Random Impulse Controller:

The one-minute Tourbillon of the NGC-42 is a flying Tourbillon protected by two Incabloc® shock absorbers. It is made of 53 parts and the whole cage including the balance still weighs 0.47 grams. Its extra-flat construction has of a total height of only 4mm.

The flying Tourbillon is not directly connected to the Orbital Indicators. It acts as the time generatorfor the Random Impulse Controller (see next section).

The Random Impulse Controller takes the precise time through a movable gear wheel from the Tourbillon. When this gear wheel has moved to the end of its sector, it releases power from the mainsprings and allows the Orbital Indicators to move forward, until it swings back.

The Random Impulse Controller in this way allows the Indication Unit to catch up with the Tourbillon, but never to outpace it. How long this process takes depends on the position of the Parallel Indicators and the energy stored in the mainsprings.

Consequently, the Orbital Indicators move at different intervals, but still keep precise time. This creates the fascinating effect that the exact time is produced by an irregular and seemingly random process, visible on the dial of the NGC-42.

The Random Impulse Controller is a unique construction, a mechanism exclusive to the NGC-42.3.Indication UnitThe Indication Unit above the Core Unit contains the micro belt drive with its four stainless steel micro-belts on which the two pairs of Double Orbital Indicators are mounted and the mechanism for driving and tensioning the micro belts with its gear wheels and bearings.

The central hour scales are mounted on the Indication Unit, below the Double Orbital Indicators. 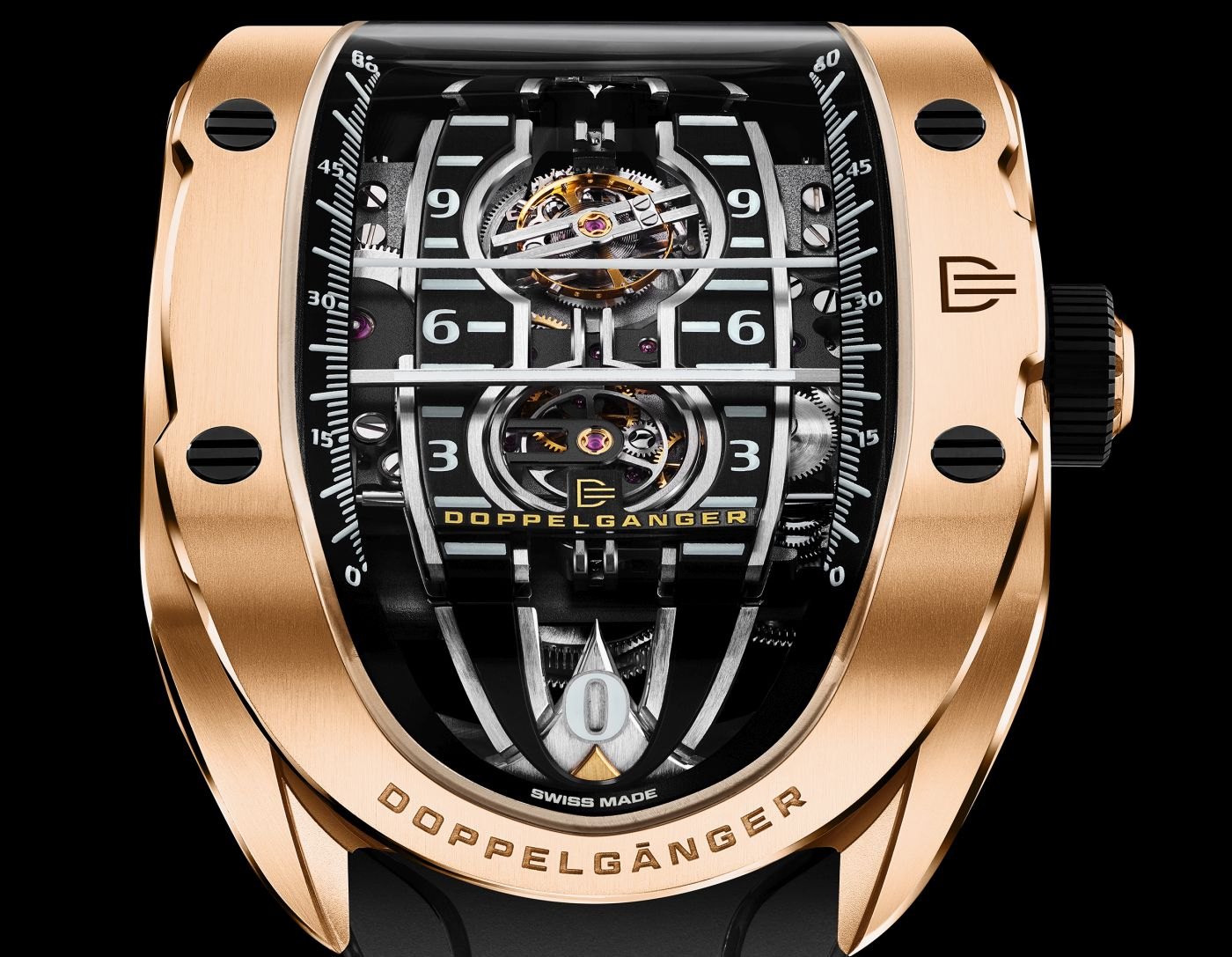 The Exosphere Case protects all three units with its spacecraft inspired design by Gerold Rubenbauer, one of the founders of Doppelgänger and a designer who worked on futuristic spacecraft designs for animation movies.

The manufacturing of the curved watch crystal is particularly complex and takes several weeks. We believe this may be the first time such a complex crystal has been used in a wristwatch. 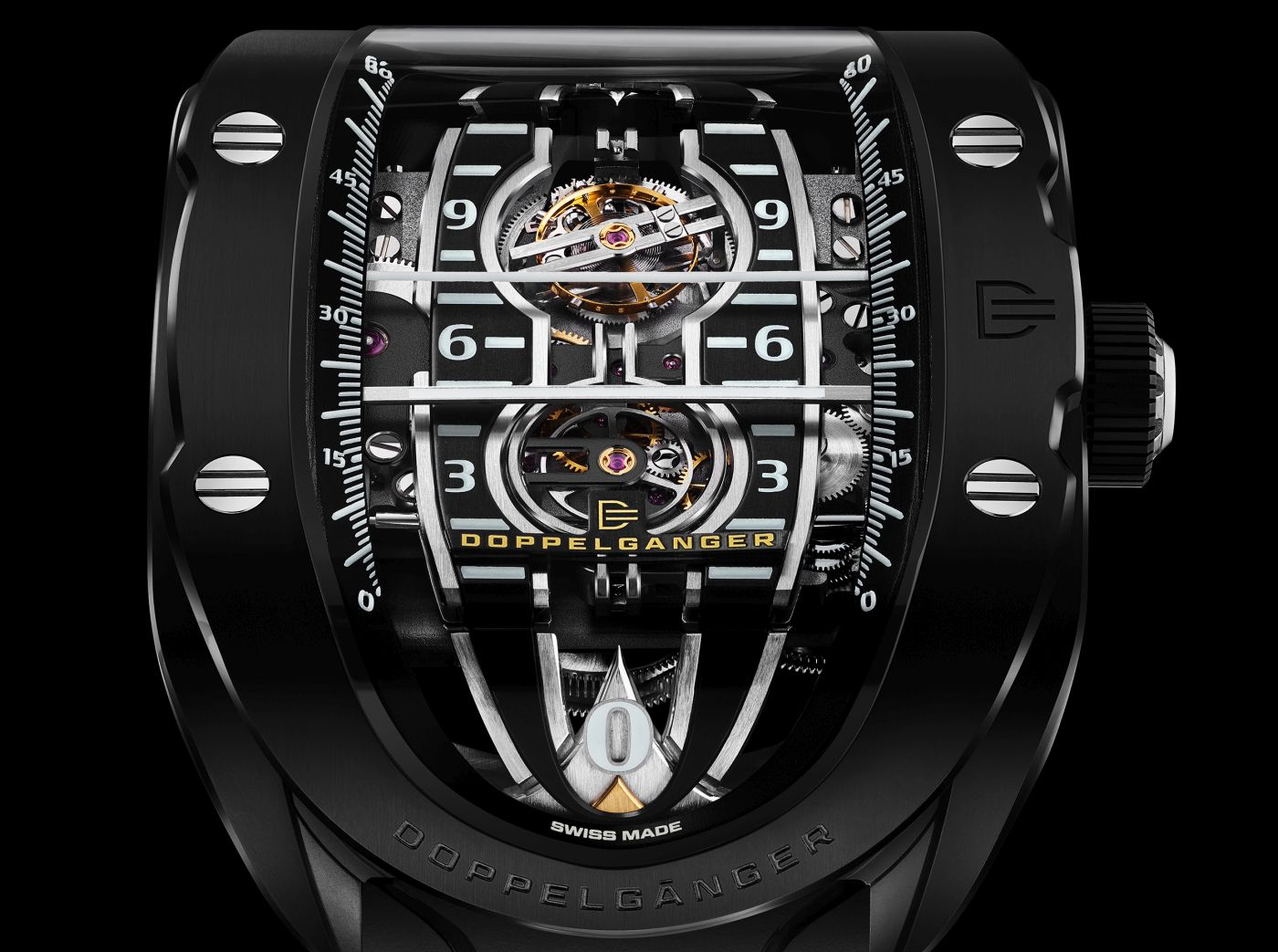