The Limited Edition and German master watchmaker and GPHG laureate Stefan Kudoke have partnered to deliver a thirty-piece limited edition timepiece: the “Kudoke 2 - British Heritage”. A tribute to Thomas Mudge and German astronomer Hans Moritz von Brühl, it is seen as honouring the historical horologic link between Saxony and Great Britain. 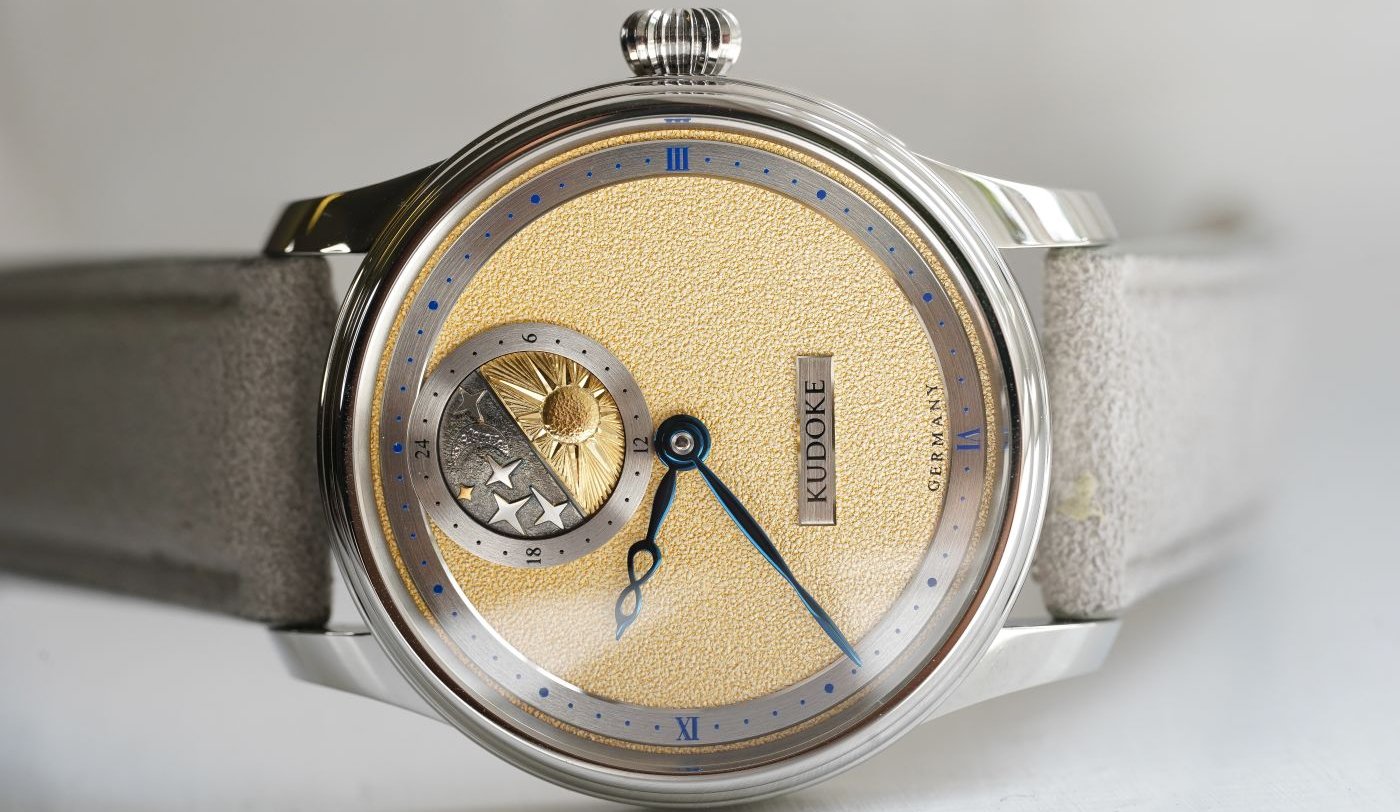 The Limited Edition and German master watchmaker and GPHG laureate Stefan Kudoke have partnered to deliver a thirty-piece limited edition timepiece: the “Kudoke 2 - British Heritage”. A tribute to Thomas Mudge and German astronomer Hans Moritz von Brühl, it is seen as honouring the historical horologic link between Saxony and Great Britain.
I

ndependent platform The Limited Edition has entered a synergetic collaboration with German master watchmaker and GPHG laureate Stefan Kudoke, who is fast gaining a reputation as one of the most exciting talents in contemporary independent watchmaking. This collaboration takes the form of an exclusive thirty-piece limited edition piece: the “Kudoke 2 - British Heritage”.

A celebration of an enduring legacy left to the world of watchmaking by one of the pioneering forefathers of horology, the timepiece is a tribute to seventeenth century master Thomas Mudge, whose work in the advancement of chronometry was endorsed and supported by German astronomer Hans Moritz von Brühl, establishing a connection which is revisited in this limited edition wristwatch.

Featuring period finishing techniques, and lavishly embellished with the style of elaborate hand engraving which defined Mudge’s work, the Kudoke 2 - British Heritage is a piece of irresistible charm, elegance and breathtaking beauty, which connects the past with the present, as well as honouring the historical horologic link between Saxony and Great Britain. 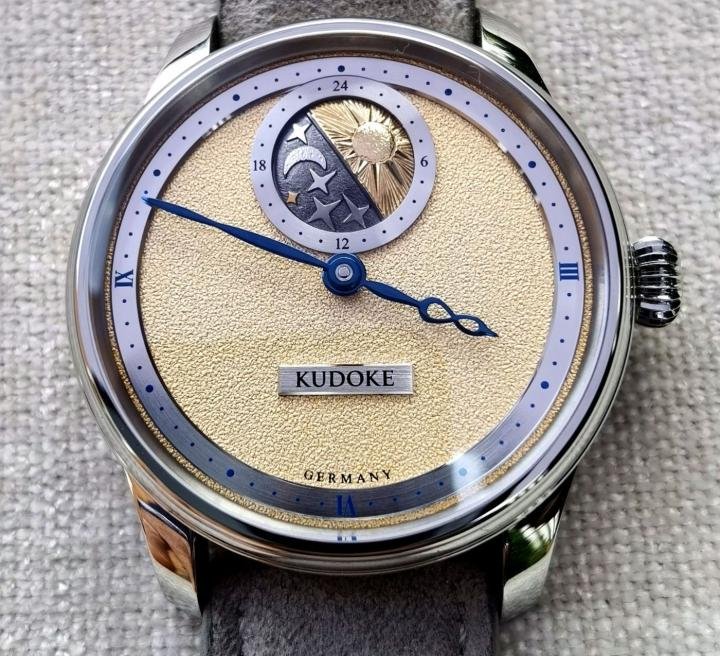 Recipient of the prestigious GPHG Petit Aiguille award in 2019, one of the watch industry’s most coveted honours, the Kudoke 2, upon which the British Heritage edition is based, is a piece whose deserved recognition, against formidable competition from established mainstream marques, has not only elevated the standing of German artisan watchmaker Stefan Kudoke and his company, but emphatically stamped the rising presence of independent watchmaking on the world stage.

A natural choice for this special collaboration, the Kudoke 2 British Heritage is a watch which embodies the shared aesthetic purity and sophistication of traditional Saxon watchmaking, with that of classical seventeenth century English watchmaking. It is also a piece which in every way characterises the values and identity of The Limited Edition. An award-winning modern day classic, it is a wonderful example of uncompromising hand finishing by true masters of the arts of engraving and finishing, and captures perfectly the elegance and finesse of one of the great pioneers of horology.

Presented in a 39mm case of stainless steel, the Kudoke 2 - British Heritage truly lives up to its name. Beneath the subtly curved sapphire crystal, the pale golden-beige tone of the dial has a fine grenage finish, which is evocative of the frosted effect preferred by many English watchmakers of the mid-1700s (indeed, the surface has a distinct sparkle as the light plays across it while the watch moves with the wrist). 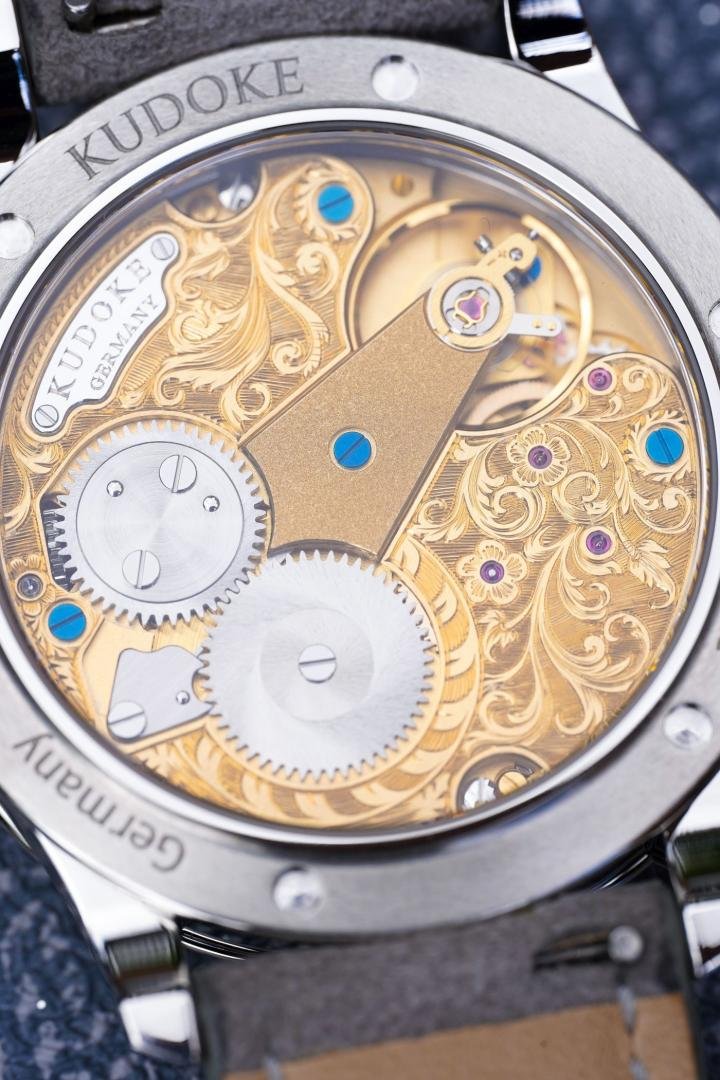 The focal point of the dial is the beautiful domed day/night disc just beneath the twelve o’clock position. Hand-engraved, and galvanised in gold and black and white rhodium, it rotates in a twenty-four hour cycle, depicting the sun, the moon and the stars as they pass above in a wonderful day and night display, while a discrete golden star, which is the motif of The Limited Edition, indicates the time of day.

The ring which surrounds the day/night disc, as well as the primary chapter ring are rhodiumised with a matte satin finish, which creates a perfect contrast. The numerals and dot indices are applied in a deep blue lacquer and complement the rich tone of the heat blued hour and minute hands, the former of which features the Kudoke Handwerk signature ‘infinity’ symbol.

The Kudoke 2 British Heritage is powered by a superb proprietary manual winding movement, which has been entirely decorated and finished in-house by hand. Inspired by the architecture of historical English pocket watches, which featured a centre balance cock instead of the more commonly found lateral style of Saxon watches, with this edition the British influence is stressed even more.