Louis Moinet’s Time to Race, made to measure


Far from a usual chronograph, this timepiece embodies an essential theme in contemporary watchmaking: personalisation. Collectors will indeed be able to personalise their model by selecting a one or two-digit “lucky number” that will appear on the front of the timepiece, along with a dedicated colour code: Rosso Corsa, Racing Green or French blue.

Louis Moinet’s Time to Race, made to measure

Far from a usual chronograph, this timepiece embodies an essential theme in contemporary watchmaking: personalisation. Collectors will indeed be able to personalise their model by selecting a one or two-digit “lucky number” that will appear on the front of the timepiece, along with a dedicated colour code: Rosso Corsa, Racing Green or French blue.
A

s Henry Ford once stated, “auto racing began 5 minutes after the second car was built”. Unsurprisingly then, of all complications, the chronograph remains the most useful in the modern world. In the sporting field, the chronograph is the absolute judge. Louis Moinet’s latest Time to Race series of timepieces propels itself into the world of gentlemen drivers and also embodies the beauty of sport, the unique spirit expressing the merging of man and machine. 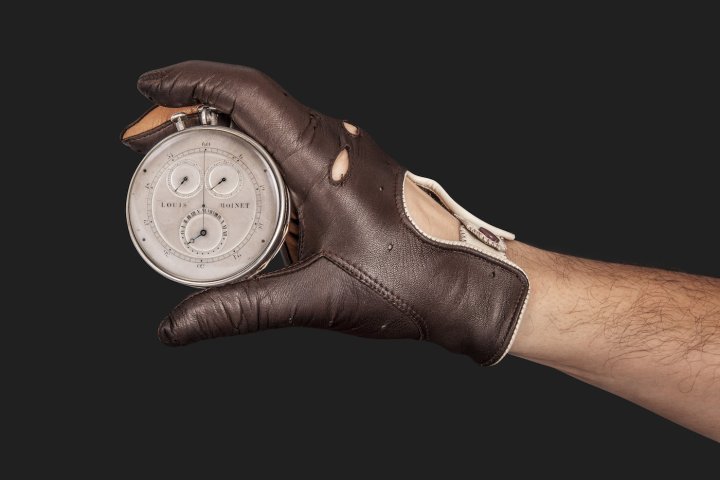 Time to Race is not a limited series, but a set of one-of-a-kind creations. Collectors will indeed be able to personalise their model by selecting a one or two-digit “lucky number” that will appear on the front of the timepiece, along with a dedicated colour code: Rosso Corsa, Racing Green or French blue.

These colours have been specifically selected because they embody the most legendary cars in motorsports. To ensure clearer vehicle identification, national colours were assigned in motor racing until the end of the 1960s. This tradition remains present today in the collective imagination, as the tradition has endured. Thus, a red car brings to mind Italy, a green one England and a blue one France.

The dial side reveals the sumptuous chronograph mechanism, fully visible and highlighted in a whole new way, with the strongly domed crystal reveals it even more fully. A side view also reveals a previously unknown sight.

The glareproofed sapphire crystal features an imposing curvature serving to enable uncompromising appreciation of the column-wheel mechanism. This ingenious and original design has given rise to a new type of inner bezel ring, dissociated from the crystal. It also makes it possible to combine two different readings of short-time measurements: a tachymeter scale and a 60-second display. 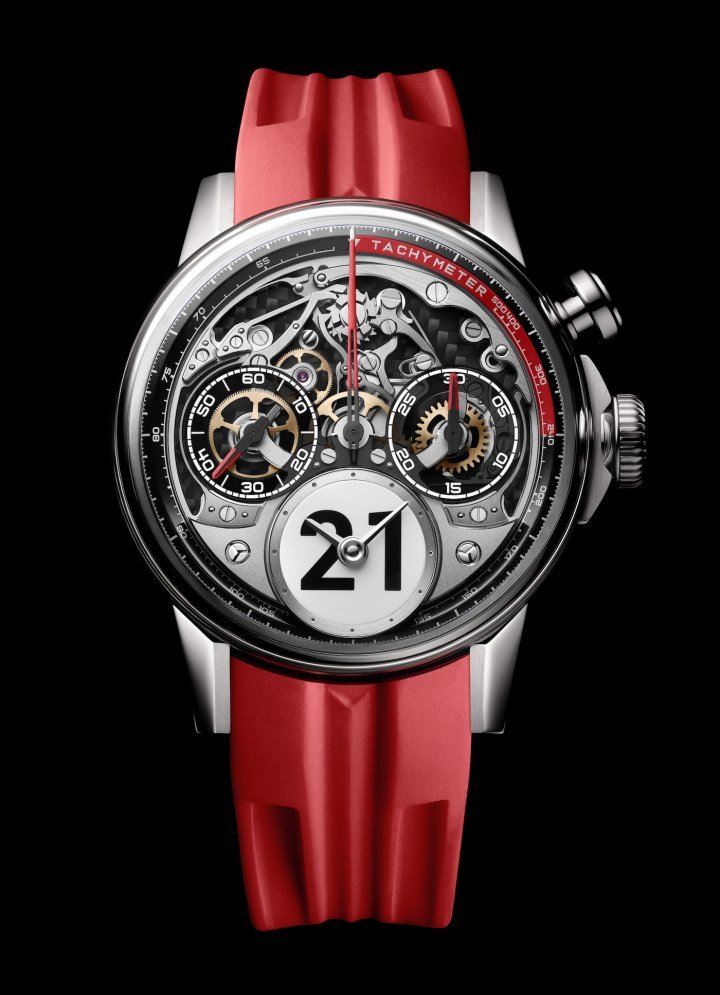 The creation of this bi-material inner bezel ring is complex and owes its brilliance to the intensity of the colour present in its first quarter, made from an avant-garde material. Its bold character is further emphasised by a luminous transfer of the measurement indications designed to enable readability in the dark.

Finally, the inner bezel ring frames a woven carbon fibre mainplate highlighting the 147 components of the chronograph mechanism. It also provides the reading contrast that is so useful during chronograph operations, indicated by the large coloured hand and one of the two smoke-coloured counters.

The hours and minutes are read off a subdial at 6 o’clock. This central design element bears the wearer’s “Lucky Number”, painted in black on a white background with a glossy polished finish, and surrounded by a metal ring reminiscent of the bores used in racing cars. 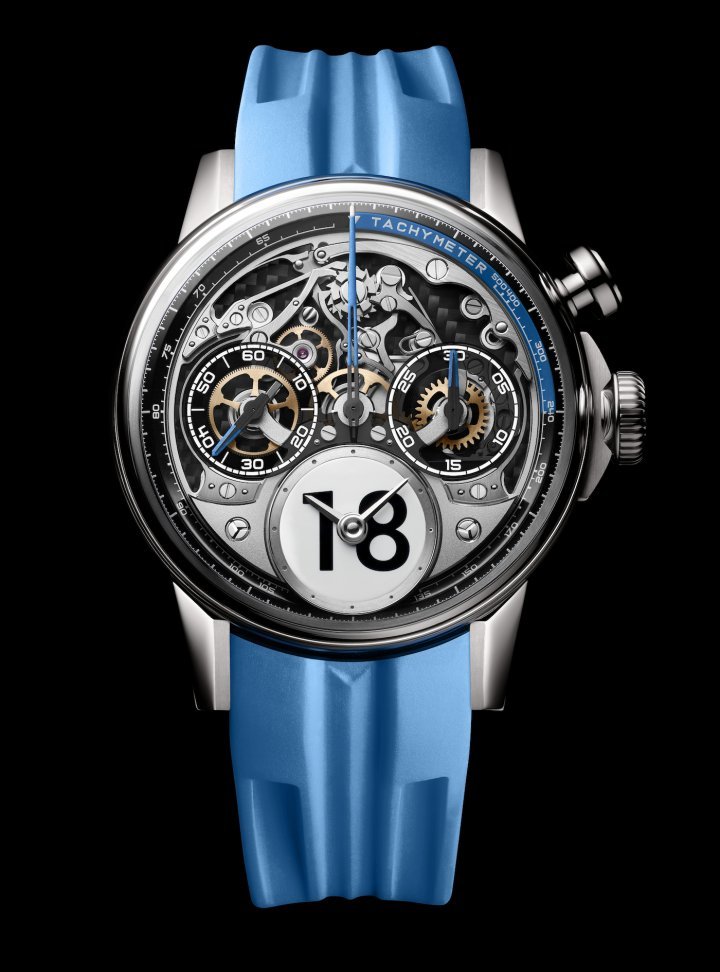 Its case weighs only 18 grams, cut from grade 5 titanium, then polished and satin-brushed. It evokes the quest for minimum weight that means more comfort and a more seamless fit on the wrist, further enhanced by a strap specially designed to be a perfect extension of the case. The lines of the case are fluid and taut. The sides feature a new crown base. The lugs are openworked and feature a subtle satin-brushed camber that highlights the integration of the bracelet. They are tipped with the emblematic Louis Moinet signature in the shape of four black zircons with chatons held by screws. 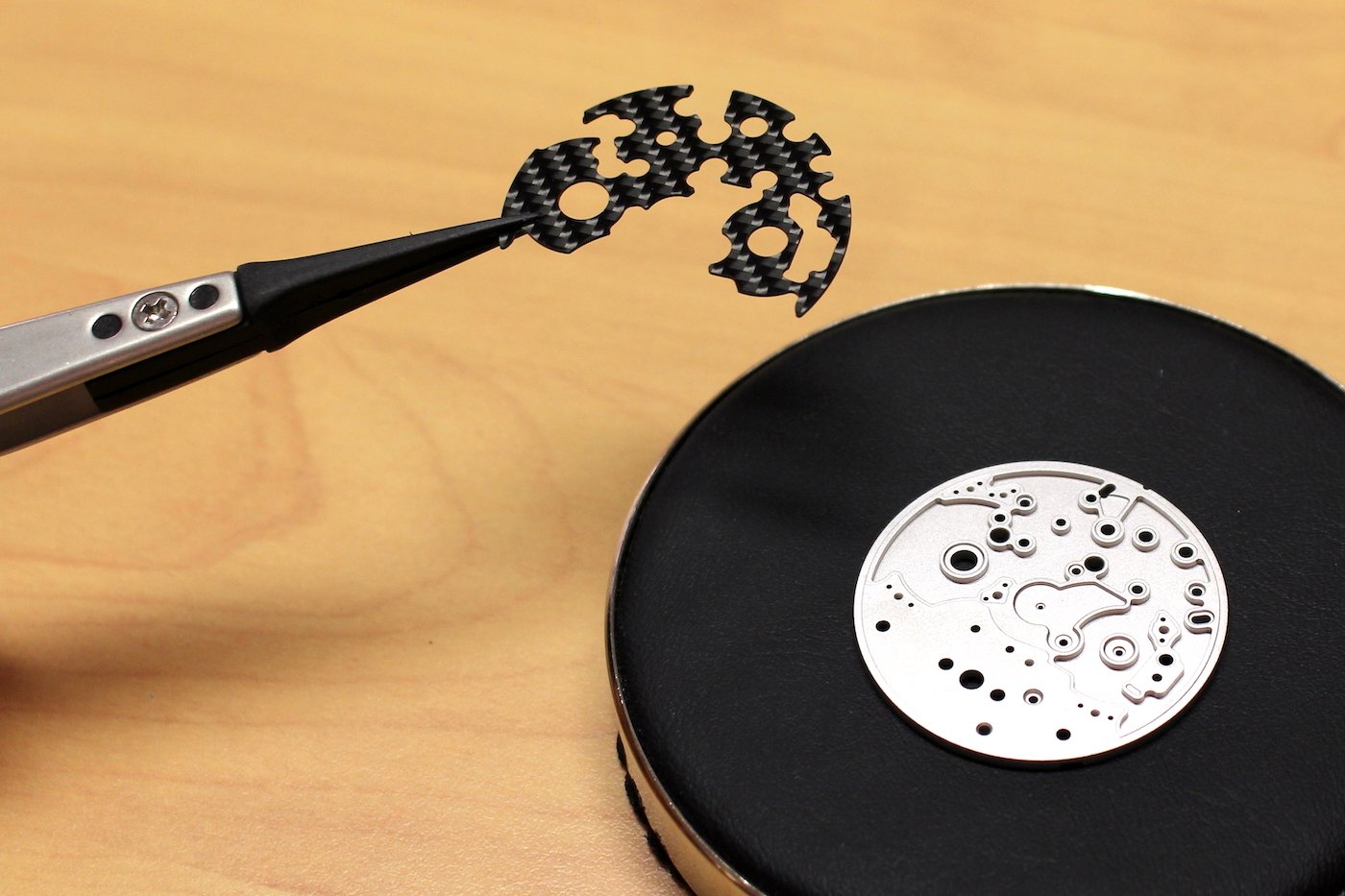 The chronograph offers the most interaction with its wearer. Time to Race dramatically increases this pleasure, as it is 100% visual. All it takes is one smooth press on the single pusher to make a unique choreography unfolds before your eyes. The various elements – levers, clutch, hammers, column wheel, springs and wheels – are set into motion and interact with the ultimate goal of activating the chronograph and measuring time. 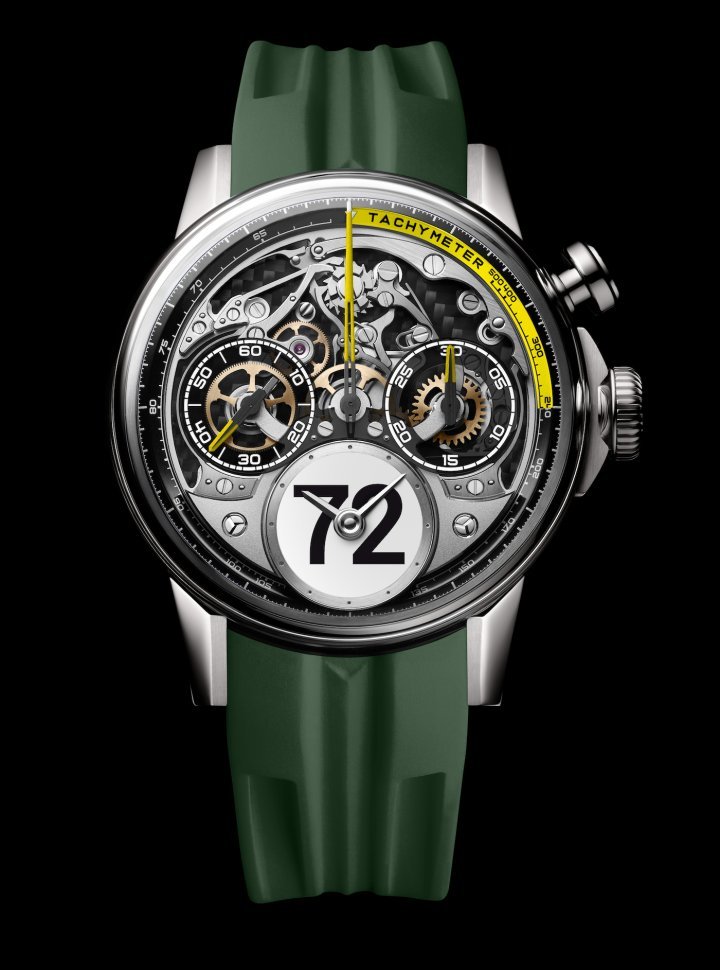 Entirely respectful of Louis Moinet’s tradition, the new style direction is defined by its meticulous lines. A chronograph with a decidedly contemporary character, its design is inspired by the world’s first chronograph produced by Louis Moinet in 1816, inventor of the chronograph and high frequency (Guinness World Records™). 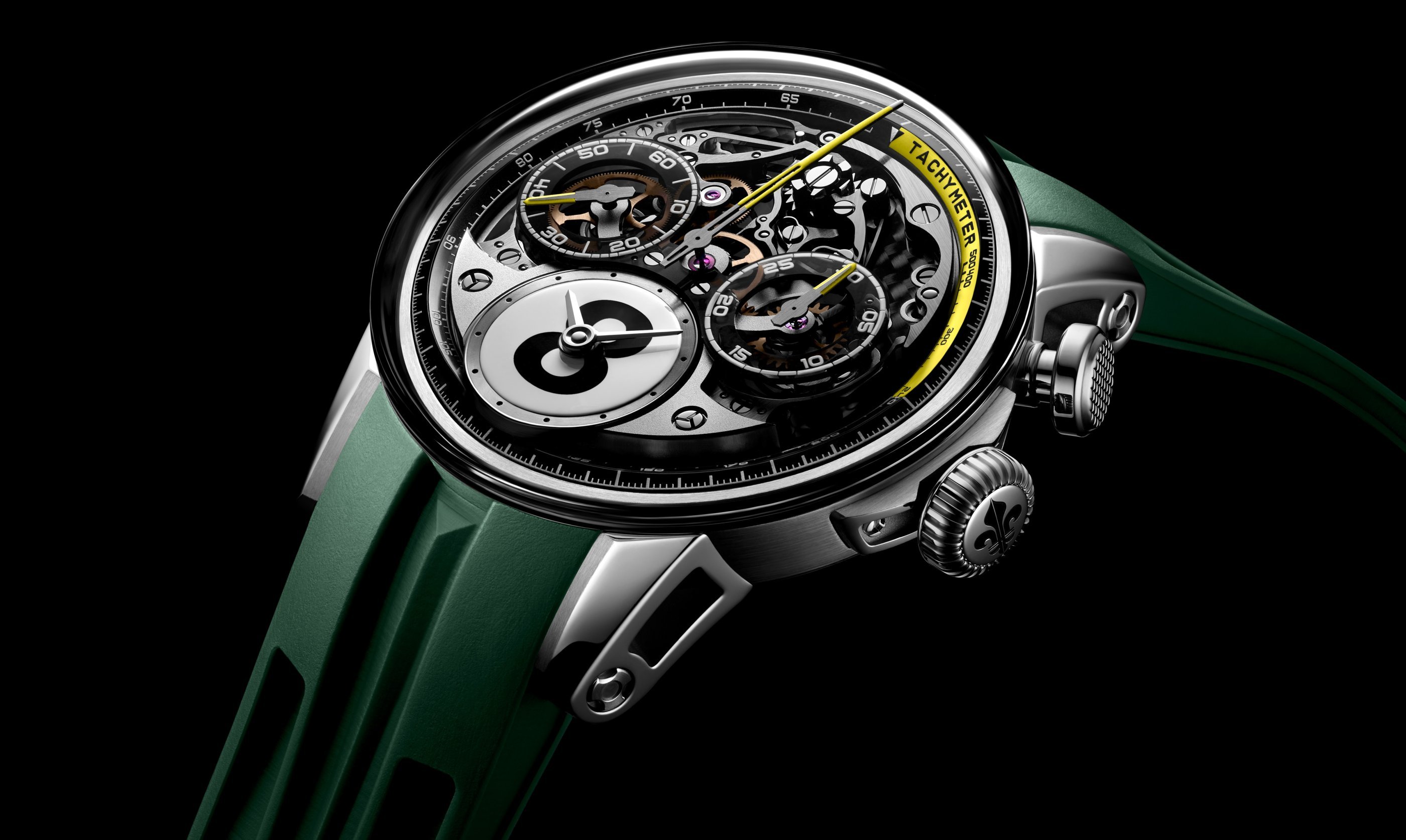