CALIBRE 39 by EternaThe calibre 39 is not just a new movement but the basis for an entire family of new calibres, since it allows 88 different movement versions to be developed on the same base calibre. It represents the completion of a project that dates back to 2007 and which had the objective of developing a self-winding chronograph calibre with an optimised design geared towards lowering costs. The calibre 39 can be converted from manual winding to self-winding by simply removing three screws on the decorative bridge to add the self-winding module. The same procedure can be used to add a power reserve and further screws can be used to add a manual or self-winding chronograph. In addition to this high level of modularity, the new movement also has an upgraded Spherodrive system, chronometer grade escapement parts and offers a guaranteed power reserve of 68 hours. 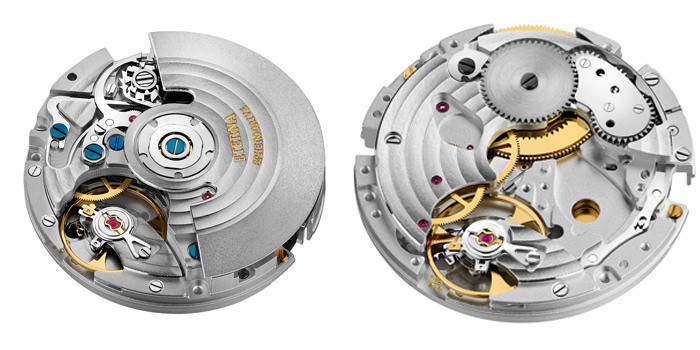 The Spherodrive calibre by Eterna

CALIBRE V21 by VulcainThe V21 is the first self-winding version of Vulcain’s V-10 Cricket Calibre, which incorporates a mechanical alarm function that can sound for around 20 seconds. It features two barrels, one for the timekeeping functions, which ensures a power reserve of 42 hours, and one for the alarm. It is also fitted with Vulcain’s patented Exactomatic system, which equalises the friction on the balance-staff in all positions by modifying the endstones of the Incablock shock absorbers to offer enhanced precision and better regularity. 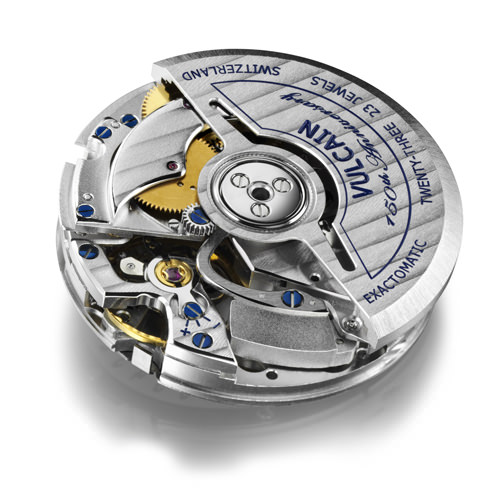 The V21 calibre by Vulcain 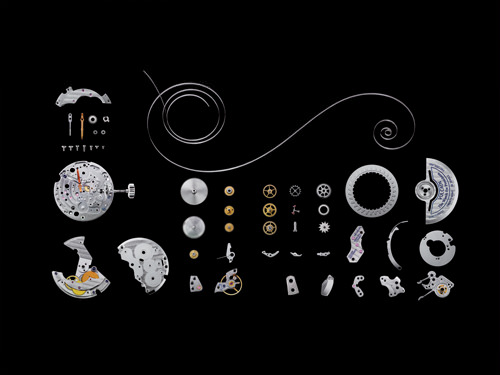 The individual components of the V21 calibre by Vulcain

COMPETENTIA 1515 by Julien Coudray 1518The exquisite decoration on the movement, made entirely out of platinum, and the intricate enamel dial compete for attention in this limited edition of 60 pieces (15 each in platinum, yellow, red and white gold). The hand-wound movement incorporates a 60-second tourbillon, hours and minutes, day/night and power reserve indicators (for a power reserve of 55 hours), as well as a service interval indicator. The sublime dial features plique-à-jour enamel in the centre portion and individual enamel cartridges for the hours. 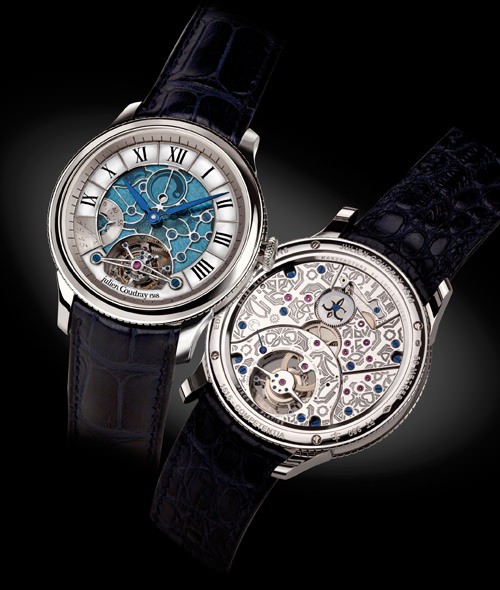 The Competentia 1515 tourbillon by Julien Coudray