LOUIS MOINET - The Guinness World Record for the “First Chronograph Ever”


LOUIS MOINET - The Guinness World Record for the “First Chronograph Ever”

After the best part of six months of procedures and thorough investigations, Louis Moinet is especially proud to have become the official holder of the title of “World’s First Chronograph Ever”, awarded by the official Guinness World Records organisation. 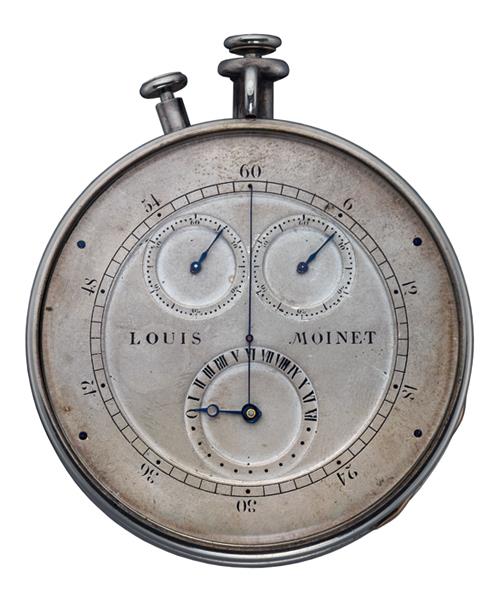 LOUIS MOINET “Compteur de Tierces”.
1816 - Louis Moinet invented the chronograph – an artistic and technological masterpiece beating at a rhythm of 216,000 vibrations per hour, designed to observe the orbits of the planets in the heavens.

In bestowing the award, the worldwide authority brings further recognition of a fact already widely acknowledged in the world of watchmaking: the chronograph was first invented by Mr Louis Moinet in 1816, with his “Compteur de Tierces”.

“The fact that Louis Moinet is the father of the chronograph – having invented it in 1816 – is beyond dispute, and well-known by lovers of fine watches. The title that’s now been awarded by the Guinness World Records Organisation takes things to the next level. It opens up the way for greater public awareness of our firm, offering worldwide recognition that crosses borders and extends well beyond the world of fine watch connoisseurs.” 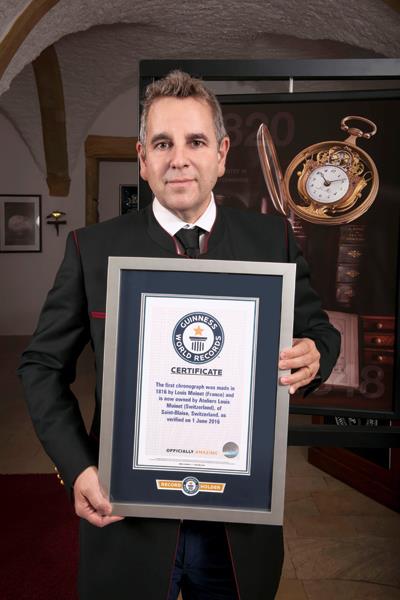 “The mission of our Ateliers has always been closely tied to gaining recognition for Louis Moinet (1768-1853) and his essential contributions to watchmaking, and restoring him to the pantheon of great watchmakers. This Guinness World Record title is a decisive new step in that direction,” concludes Jean-Marie Schaller.