Moreover, Tissot had stopped manufacturing its own movement blanks in 1976, contenting itself with assembling its watches. Integrated into the SMH brand network developed by Nicolas Hayek, and by then no more than a pure marketing and sales entity, Tissot’s “awakening” came in an unexpected fashion. On a roll after the success of the plastic Swatch watch, which had just been launched in 1983, Ernst Thomke made Tissot a bizarre offer. “To relaunch the brand, Tissot had to have a new product,” he explained in 1987. “During an alcohol-fuelled evening we said to ourselves: we’re going to make a watch out of rock! When I suggested selling a watch made of rock to them, they said ‘That’s a good joke. Ok, if you insist, we’ll sell 3,000’… I said: ‘10,000 at least, otherwise I’ll give it to another brand’… I think they thought I was completely crazy.”

In 1985, the Rock Watch was launched on the US market, which Tissot had neglected for the past decade or so. It was no mean investment: 5 to 7 million Swiss francs for the development costs and the purchase of special equipment capable of machining granite, and 20 million for marketing and advertising. The success of this watch, carved in granite for the most part from the Swiss Alps, was stupendous. “The workers at Tissot are now working overtime to supply the test markets of Chicago, Boston and Atlanta,” wrote L’Illustré in December 1985. On the strength of this test, which it passed with flying colours, the official launch on the Swiss market took place in March 1986 – witness the cover of the 2/1986 issue of Europa Star. 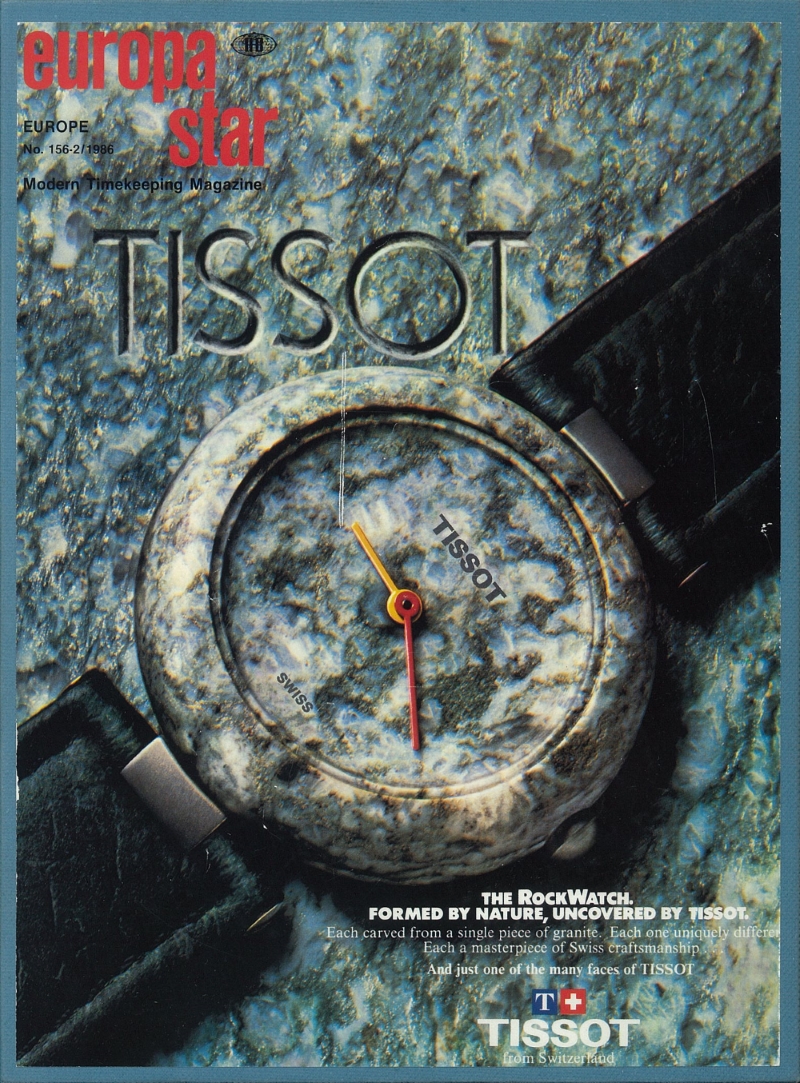 With its red and yellow hands in imitation of the signposts on the Swiss Alpine trails, the one-of-a-kind, never-beforeseen Rock Watch lifted Tissot back into the black. By 1994, when production came to an end, more than 800,000 Rock Watches had been sold. Rock gave rise to other ideas: in 1988, Tissot launched the Pearl Watch, all in mother-ofpearl, then in 1989 the Wood Watch. These experiments with unusual materials gave way to the Two Timer, a watch both analogue and digital that was to propel Tissot to new heights. But the Rock Watch had left an indelible mark. In the brand’s bid to reconquer the US in 2006 it was François Thiébaud, Tissot’s CEO, who said, “Americans remember the Rock Watch, not Tissot.” 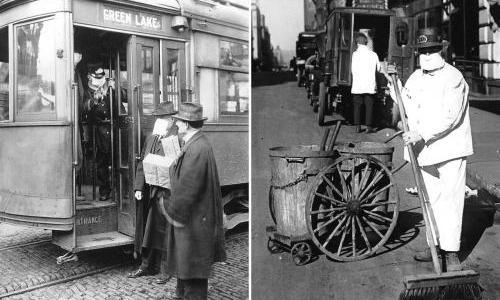 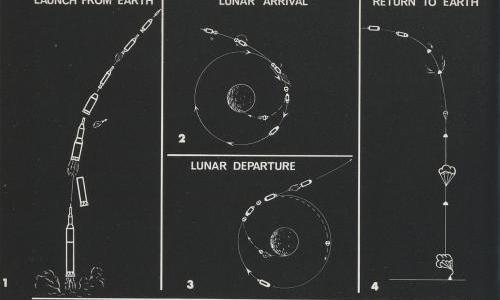 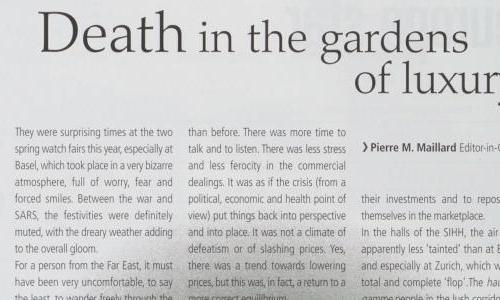 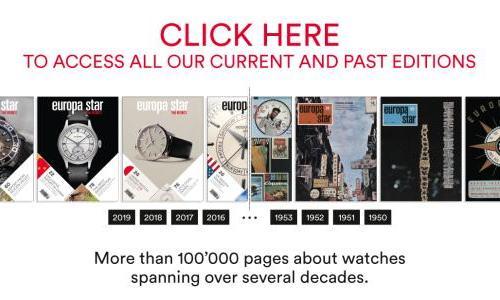 Time to reflect on the fate of the watch industry

Europa Star provides a unique resource to help you gain perspective on what is happening to the watch industry today, by looking through the lens of (...) 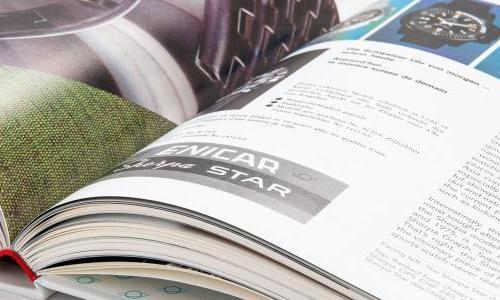 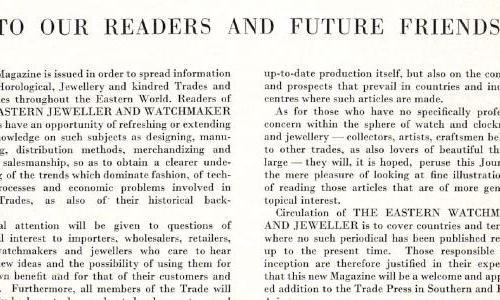 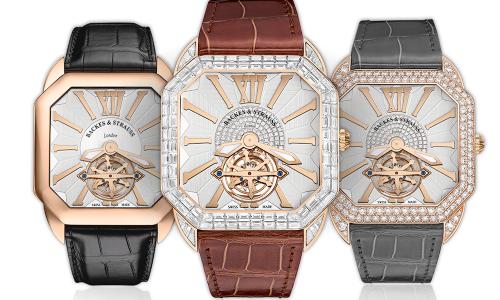 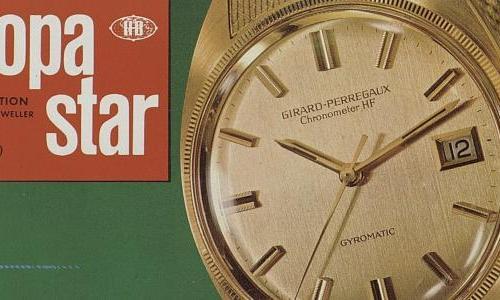 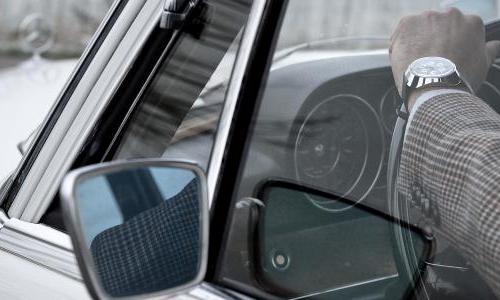 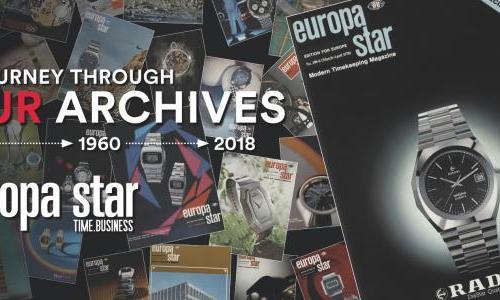 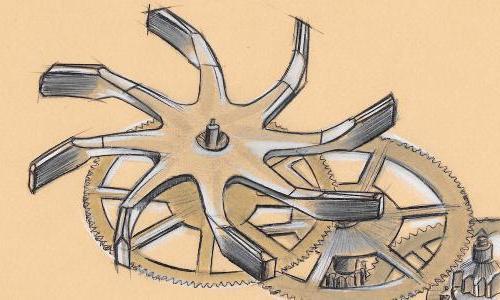