TAG Heuer, founded in Saint-Imier in 1860 by Edouard Heuer, has built up a reputation for producing the most accurate timekeeping instruments in the world, including the first mechanical chronographs to be accurate to 1/10th, 1/100th, 1/1,000th and 1/10,000th of a second.

The Tag Heuer Carrera is one of the company’s flagship models, while the Monaco bears witness to the brand’s involvement in Formula 1, both as official timekeeper in the 1990s and still today as a partner of the McLaren Formula 1 team.

With two new Aquaracer models, TAG Heuer introduces an on-trend colour for men and women who desire an innovative timepiece that blends fashion with (...)

TAG Heuer unveils three new Aquaracer models for women that suit an active lifestyle on land and at sea. Each one has the six standard features of any (...) 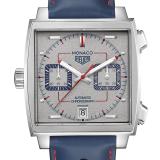 TAG Heuer presented the third of five limited-edition Monaco timepieces to mark the icon’s 50th anniversary. The third limited edition is dedicated to the (...)

Is there still room for every category of timepiece in the 21st century? Innovation suggests there is. But only the market can give us the definitive (...) 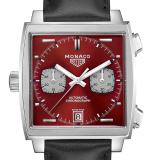 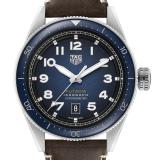 Using history to forge a new path, the latest TAG Heuer collection takes inspiration from the original Autavia models and makes use of the most innovative (...)