2014 was a year of note for the watch industry. The Swiss, for instance, exported a record number of timepieces abroad. Previously untapped markets were also developed, as increasing wealth in countries ranging from Brazil to China to Russia contributed to increased global sales. But the start of 2015 has hinted that the permissive economic climate of last year will not last. Geopolitical issues, economic slow-down and fluctuating exchange rates have resulted in a more difficult climate for purchasing high-end luxury timepieces, suggesting that the watch industry is not isolated from broader global issues. Watch brands have started to adjust, reprioritizing their target markets and demographics in preparation for the year to come. 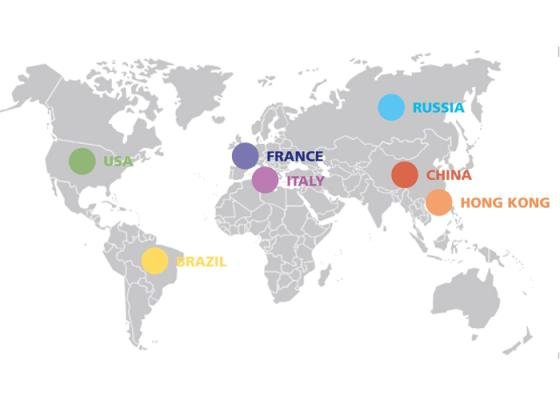 To asses key trends and provide a prognosis for 2015, we partnered with Digital Luxury Group and seven of its international correspondents, including insiders from Brazil, China, France, Hong Kong, Italy, Russia, and the U.S.A. Each provided a retrospective analysis of 2014 and a projection for 2015 for their respective market. Their findings suggest that for 2015 to be a year of success, brands must refocus on the mid-range market and get their prices right. They must also be aware of the purchasing power of the international tourist, and take seriously the potential of fashion and smart wearables.

USA: REPRIORITIZING A MATURE MARKET, WITH A TWIST 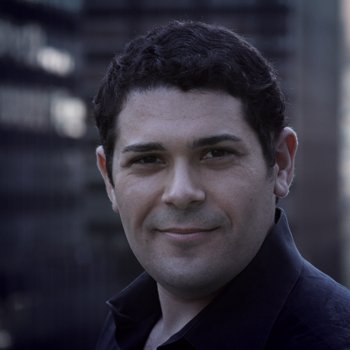 In 2013, growth was almost a given in the luxury watch industry, as emerging countries like China offered the promise of new clients in untapped markets. Because such developing markets were not yet mature, marketing strategies, pricing, and growth were relatively straightforward. But the landscape is different in 2015. The watch industry no longer has as many new developing markets to tap into and brands are once again re-focusing on mature markets such as Europe and the United States. But as long as watch companies answer to shareholders, they will always need to focus on profits. Doing so in mature markets is simply more difficult, because they require more consumer education and higher marketing costs as part of a brand’s sales strategy.

2014 also saw brands once again focus on the extremely rich demographic. It is a trend likely to continue into 2015, for two reasons. First, the extremely rich are relatively more insulated from changes in the economy. The fact that they have more disposable income allows them to maintain their usual consumption patterns even in economic slowdown. Second, brands are also more easily able to increase prices for the extremely rich demographic, which can absorb rising prices better than the low to mid-range demographics. At the risk of alienating consumers on the lower scales of the market, brands should once again offer solid value propositions and product choices under $5,000.

The “fashionification” of luxury watches, as seen in 2014, is also likely to continue. Brands are increasingly defying their own roots and attempting to become fashion brands by placing a price premium on their name. Such a strategy might work with less educated consumers, but in the long run it can result in the loss of brand equity. The danger is losing cache with educated consumers and alienating their traditional consumer base.

On a more positive note, the marriage of communications technology and watches in 2015 should make horology more mainstream. The release of the Apple Watch, as well as other smartwatches, should have a major impact on how consumers think about watches, which will add an interesting flavour to how the watch industry continues to evolve in 2015 in the United States.

Success in 2015 will therefore be based on a combination of product availability, the amount of marketing dollars spent, and overall brand awareness. As a result, the most sophisticated and well-funded brands will likely succeed, while the smaller players are likely to struggle. Larger brands will continue to shift power into their corners by introducing more own-brand boutiques, which will increase their hold over the market, adding even more pressure on smaller retailers.

ITALY: ECONOMIC CRISIS AND THE HOPE OF TOURISM 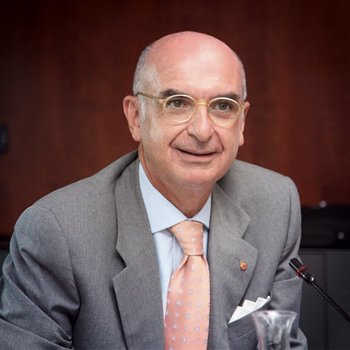 The Italian market for high-end watches evolved in 2014. On the one hand, increasing globalization and a generational shift placed family-owned businesses - which have traditionally characterized the domestic market – intro crisis. On the other hand, the stagnation of the Italian economy has stymied the usually dynamic Italian market and increased the burden on local consumers.

Although Italy remains one of the major markets for the high-end watches industry (5th globally, with 1.23 billion CHF according to FHS), the market is increasingly concentrated. Specifically, international tourist destinations, such as Rome, Milan, Florence and Venice, are locations where the overwhelming majority of buyers are foreign. Those cities have also been the scenes of new mono-brand or flagship boutique shops, directly operated by brands or franchised to local partners.

Increasing international competition has resulted in a concentrated market in Italy, and the country’s strong tourism potential and an emphasis on mono-brand boutiques are key areas for potential growth in the market going forward.

CHINA: THE POWER OF THE TOURIST 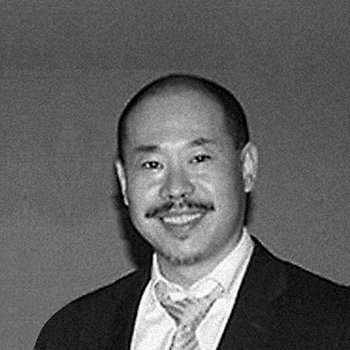 The luxury watch market in China in 2014 was notably different than previous years. While entry-level luxury watches did well, the high-end sector of the market showed a downward trajectory in the country.

The biggest surprise of 2014 was perhaps that Chinese travellers continue to purchase strongly overseas. As a result, the global marketing strategy of luxury brands is expected to increasingly target the Chinese market, as well as favourite travel destinations for Chinese tourists. Because the proportion of watches sold to Chinese tourists at overseas outlets will continue to grow, we should expect less local retail activity in the domestic market. With regard to trends for China in 2015, the major brands will focus on promoting classic elegant dress watches through the introduction of new collections or the re-launching of old ones.

The mid to low-range price points will be emphasized, with a renewed focus on on-line retail and ladies’ watches. 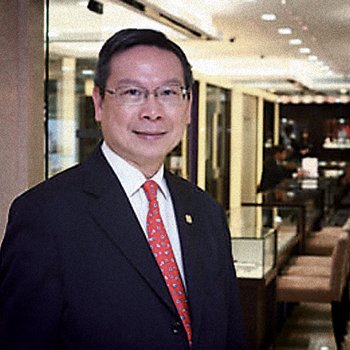 A fter 11 consecutive years of rapid growth, 2014 saw slowing sales figures in Hong Kong. The luxury watch and jewellery sectors suffered most, recording an average drop of 13% compared to 2013. Some individual watch retailers even recorded a drop of more than 30%! Changes in government policy and negative sentiment towards Chinese visitors contributed to the declining market. As a result, wealthy Chinese consumers changed their travel plans and travelled to Europe and North America instead.

Fluctuating currency exchange rates also dented the luxury market in Hong Kong. The sudden appreciation of the Swiss Franc and the strong US dollar dampened the desire to buy luxury goods for both locals and tourists visiting Hong Kong.Anticipating a continuing downward trend in 2015, luxury watch brands may start to lower retail prices - following the likes of Patek Philippe - in hope to boost sales. The watch market will also cater to middle class consumers in the mid-range luxury price range, focusing on increasing the value for money of Swiss watches.

FRANCE: PARIS: A BAROMETER OF THE NATIONAL CLIMATE 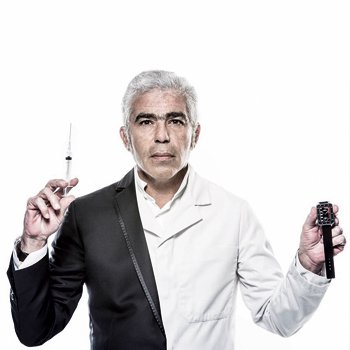 The French market in 2014 was complex: the period from January to May was a difficult one, but sales picked up again in December, yielding positive results. The start to 2015 has also been surprising, and the reasons can be found in Paris: The attacks of January 7 on Charlie Hebdo helped to drive tourists away, while the strong Swiss franc compared to the Euro drove up retail prices by as much as 20%.

Curiously, these events have not had a negative effect during the first two months of the year, which might be explained by pre-emptive calculations by some consumers to buy early. For those same reasons, 2015 can be a notably difficult year for the watch industry in France.

The situation will also not be helped by the launch of the Apple Watch in the spring, which can pose a risk to the industry similar to the quartz revolution thirty years ago. Only time will tell…. 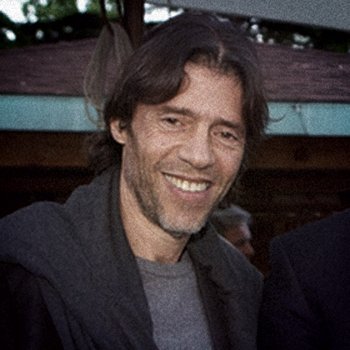 The Brazilian market has undergone a substantial change over the last years, showing an effort to consolidate a presence in a developing and growing market. This has included the installation of regional brand managers and the creation of own-brand subsidiaries in the country, a trend that still persists.

While such changes are not immediately substantial, their impact can only be analyzed based on performances in the medium-term. For instance, Hublot’s new marketing strategy during the World Cup in Brazil was a success in the short-term, achieving unprecedented visibility. Importantly, the brand’s general perseverance on the market has allowed it to also consolidate its position for the medium and long-term as well.

Looking to 2015, beyond the prospective of weak economic growth, we will have to consider the impact of the strong Swiss franc and the depreciation of the real. 2015 will be marked by an adaptation by the market, because the weak growth of the economy and the fluctuations in exchange rates might not necessarily result in predictable consumer behaviours.

RUSSIA:TROUBLE AT HOME AND ABROAD 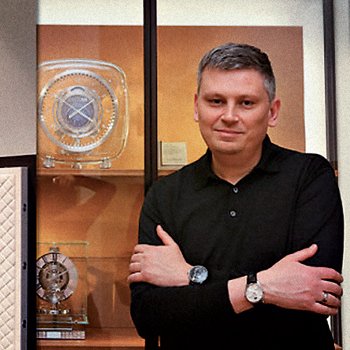 The Russian watch market rapidly devolved over the last one and a half year. Geopolitical and financial issues, including a weakening rouble, the degradation of Russia’s relations with the West over Ukraine, and the decline of oil prices, have all created a ‘perfect storm’ that has affected the watch industry.

Limited travel by Russians abroad lowered sales to Russian tourists in European and American boutiques in the summer. At the same time, the weakening rouble dropped the prices of timepieces by up to 40% compared to Europe and the USA.While Western tourists also took advantage, mostly Chinese visitors emptied out Moscow’s boutiques in December 2014. So too did Moscow’s upper-middle class, who bought everything from real estate to premium cars and wristwatches. But after the impressive sales of December, Moscow boutiques are now looking like museums: they have spectators but no buyers.

This already implies a very difficult forecast for the Russian market in 2015. Consumer demand will largely depend on factors like oil prices and exchange rates, as well as the persistence of Western financial sanctions on Russia. The 2015 market will depend on how well Russia deals with internal issues and keeps herself free from complications abroad. As a former Russian imperial statesman once stated, La Russie ne boude pas; elle se recueille (Russia is not sulking, she is composing herself).