So how have prices evolved over the course of the past 15 years? To give an idea, the table below shows a few examples from the French market.

So how have prices evolved over the course of the past 15 years? To give an idea, the table below shows a few examples from the French market.
T

he main finding is that between 2000 and 2010, all the brands raised their prices by a huge margin: an average 60% for all brands together. Then, between 2010 and 2015, the wind seems to have changed and strategies diverged. Certain brands pursued their policy of steady price rises, whiles others stayed put, or backpedalled and lowered their prices. All increases and decreases combined, the average price rose by 12.7% between 2010 and 2015. 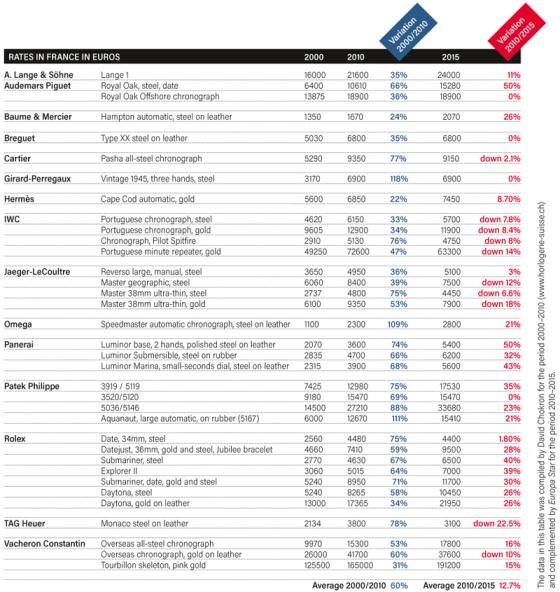 Note: of course, the raw data in this table has to be weighted for the general rise in the cost of living, exchange rates, fluctuations in the price of raw materials, etc. By way of indication, average inflation in France stood at 27% between 2000 and 2010 and 7% between 2010 and 2015.