The situation of Swiss watch industry exports improved steadily in the course of 2017. After declining for two years and reaching a new threshold, demand gradually picked up again.

The situation of Swiss watch industry exports improved steadily in the course of 2017. After declining for two years and reaching a new threshold, demand gradually picked up again.
T

he situation of Swiss watch industry exports improved steadily in the course of 2017. After declining for two years and reaching a new threshold, demand gradually picked up again. On the distribution side, a presumably tighter stock level was another factor conducive to recovery. A growing number of markets returned to growth, but several of them are still lagging behind.

The forecasts made last year were confirmed a few months earlier than expected and the industry’s dynamic is looking good for the future. Development of digital communication and distribution channels and the types of consumption favoured by the millennials will be priorities in 2018. In this context, watch industry export growth is likely to be comparable to that observed in 2017.

Wristwatch exports dictated the general trend. Their value reached 18.8 billion francs, equivalent to 2.9% growth on 2016. For its part, the number of pieces continued to fall 1.1 million fewer timepieces were exported (-4.3%) with a total of 24.3 million pieces. This was the lowest figure since the 2009 crisis.

The decline in volumes was influenced by quartz watches which posted a fall of 7.4%. On the other hand, mechanical timepieces grew in terms of both value (+4.6%) and number of pieces (+3.9%).

These divergent trends are also observed between the principal price segments. Watches priced at less than 200 francs (export price) declined by 8.5% in volume and 11.6% in value, while the other ranges achieved growth of between 3% and 5% in value terms.

Value growth was supported primarily by products in steel; that material was used for more than one in two exported watches. Precious metal and bi-metal timepieces reported more modest growth. The decline in volumes was influenced mainly by the Other materials and Other metals categories. (FH) 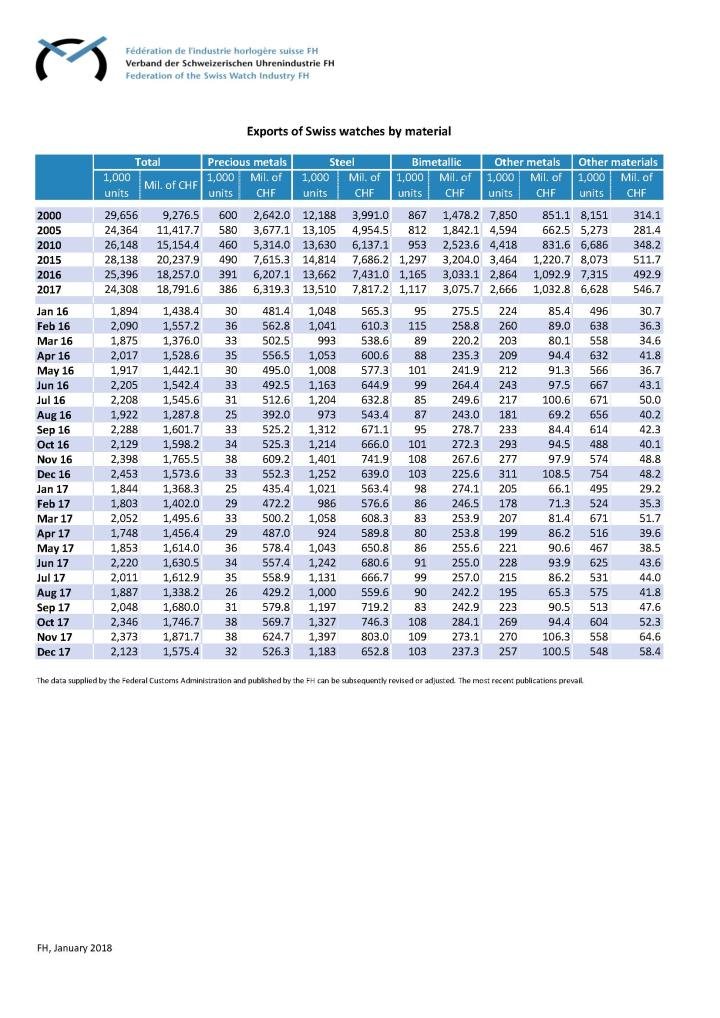 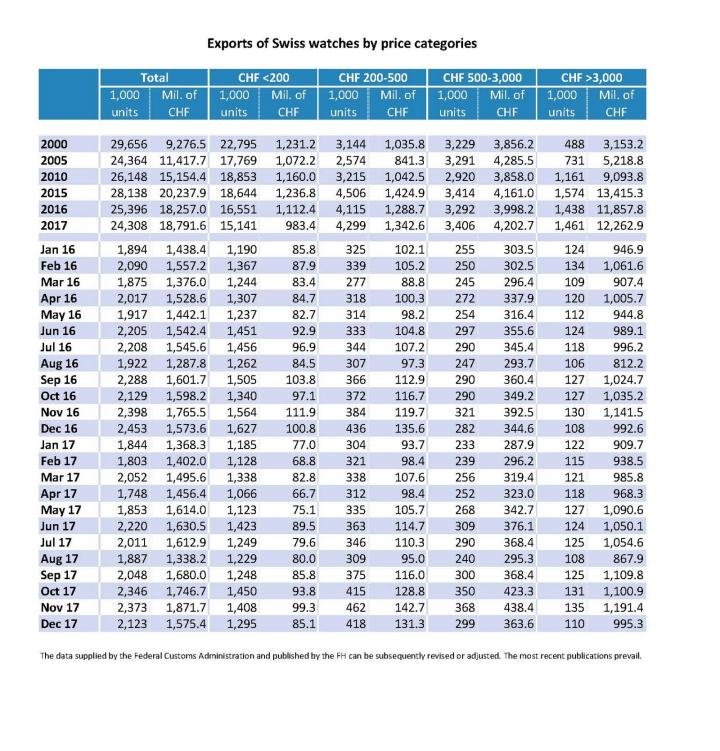 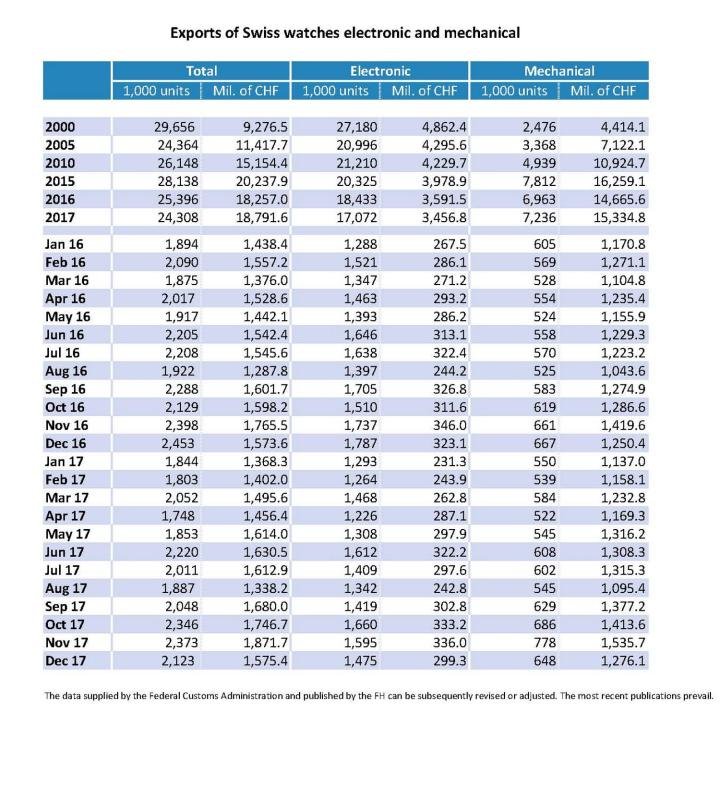 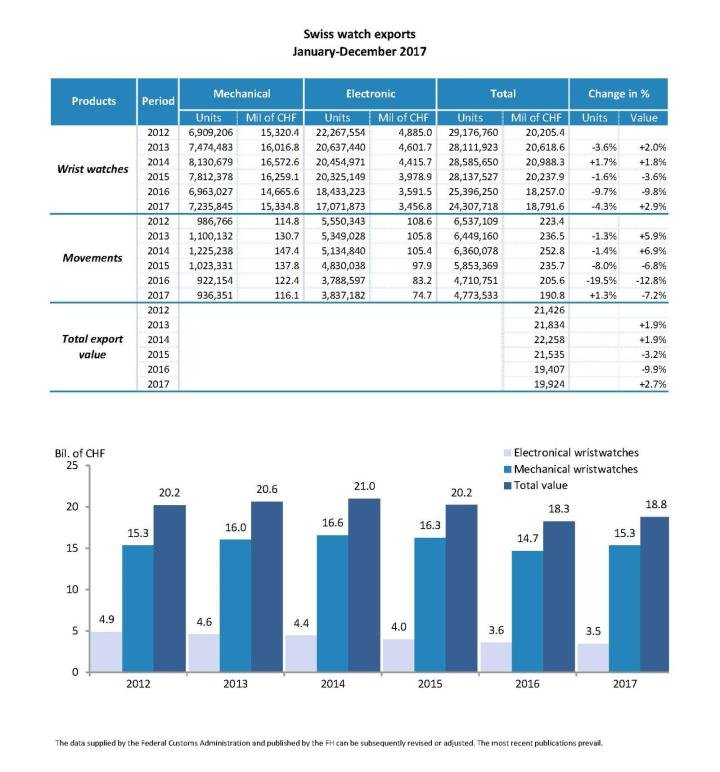 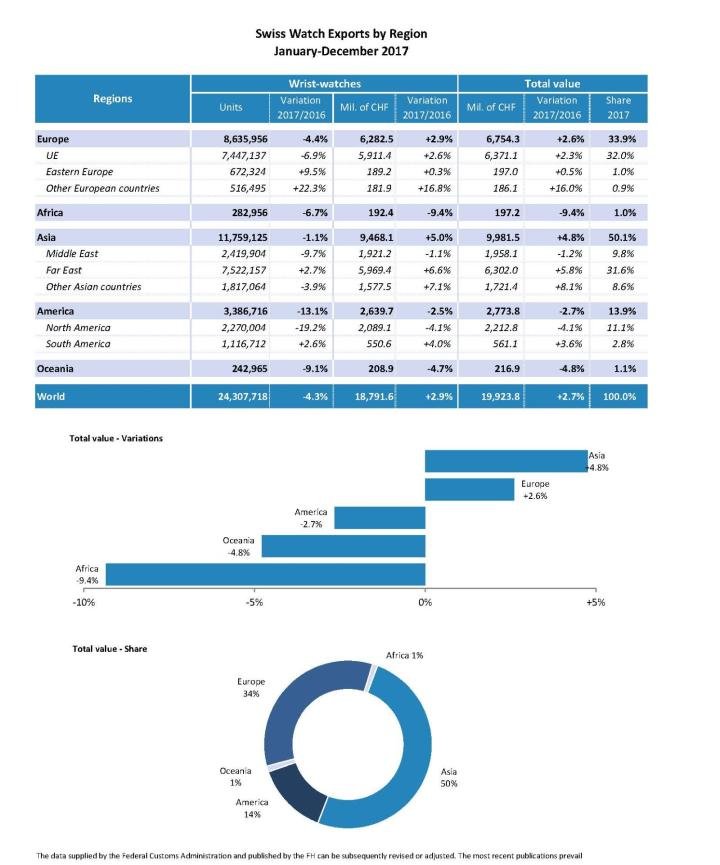 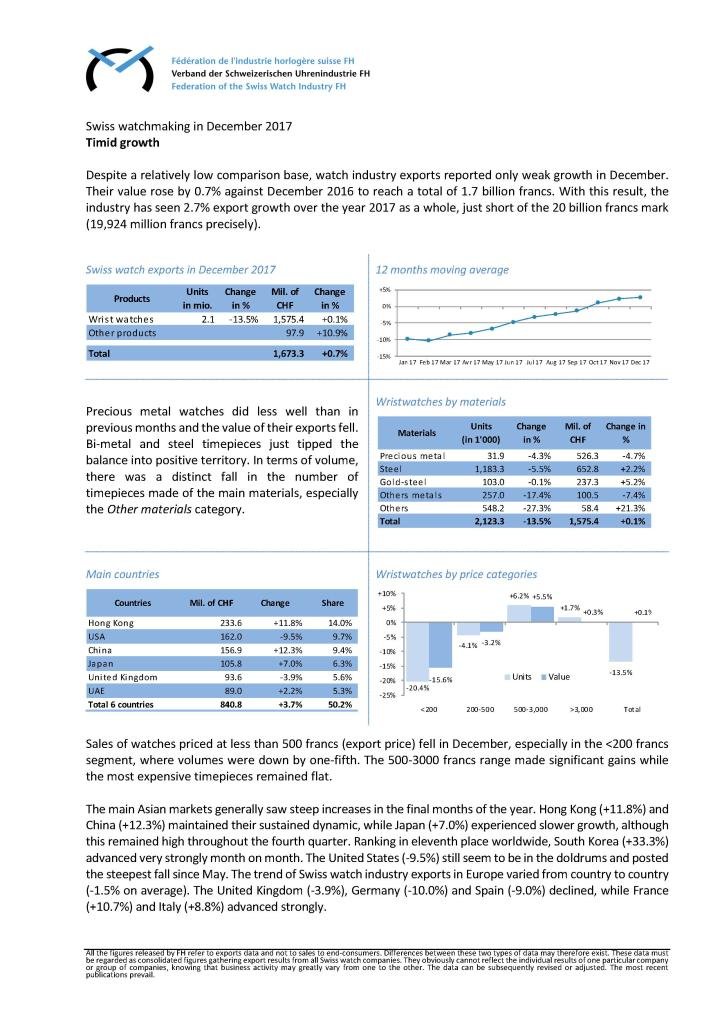 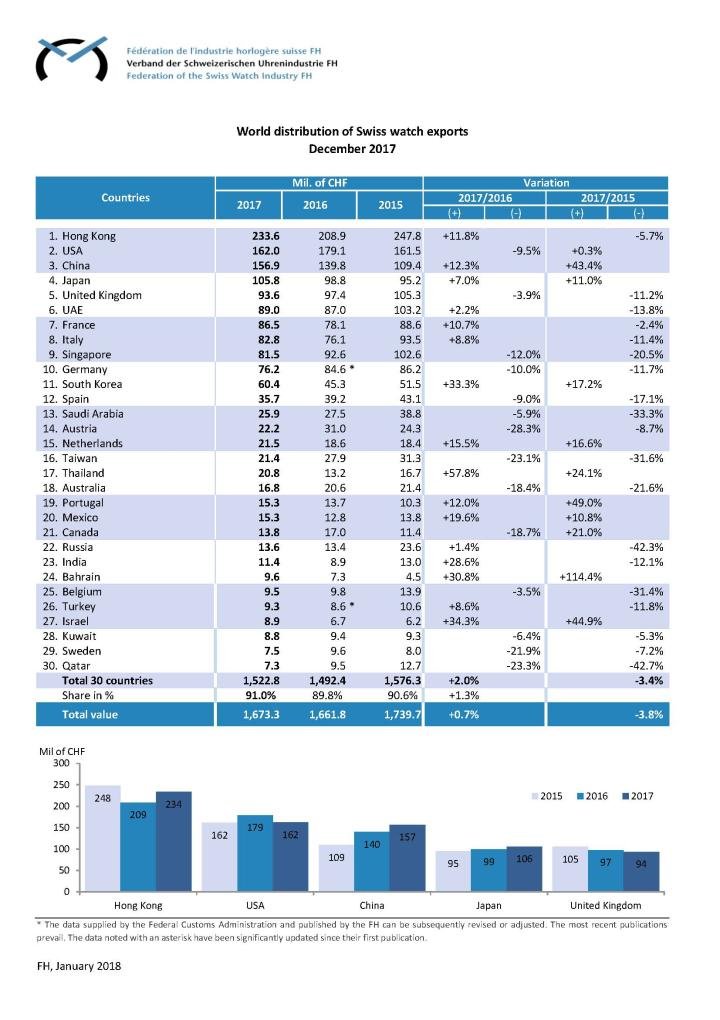 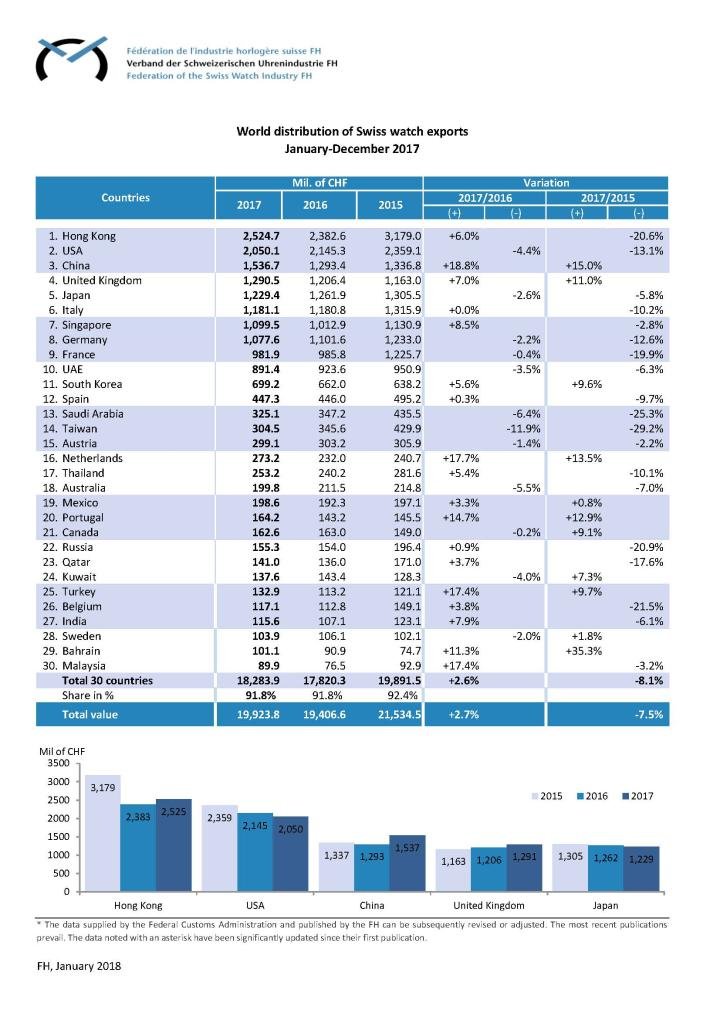