What are the prospects for start-up brand Project O Concept?


The French brand’s first model is the “O Evolution Limited Edition” sporting a futuristic and completely transparent case. But is it enough to get the company over the line?

What are the prospects for start-up brand Project O Concept?

The French brand’s first model is the “O Evolution Limited Edition” sporting a futuristic and completely transparent case. But is it enough to get the company over the line?

For any new business to succeed, it needs to have some kind of comparative advantage. Some added value that makes them better or more unique than the rest, at least in one dimension.

In a highly saturated market like watchmaking, however, that becomes even more difficult. All the more so when consumers are not spending on luxury timepieces like they used to. In other words, it’s hard to make a better mouse trap, when there are thousands already out there, and there are less mice to go around. 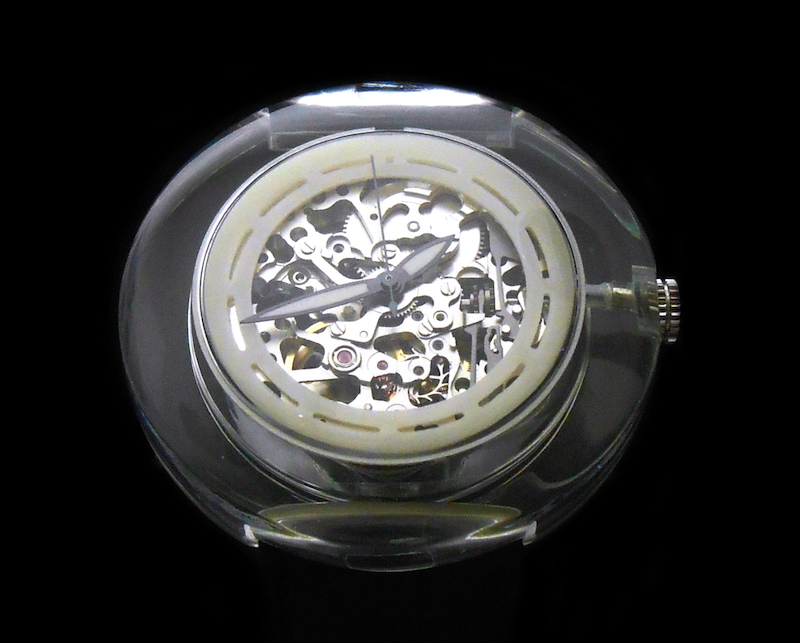 Even in those circumstances, many bold startups manage to get off the ground – just take a peek at watch brands on Kickstarter as an example. Whether they become viable businessed down the road, always remains to be seen.

Another brand trying to pass the first hurdles to enter the industry is the Project O Concept, a French startup looking to blend avant-garde design with classic watchmaking.

So what is their added value, their comparative advantage? Well, it seems to be a new uni-body case design that is completely transparent. 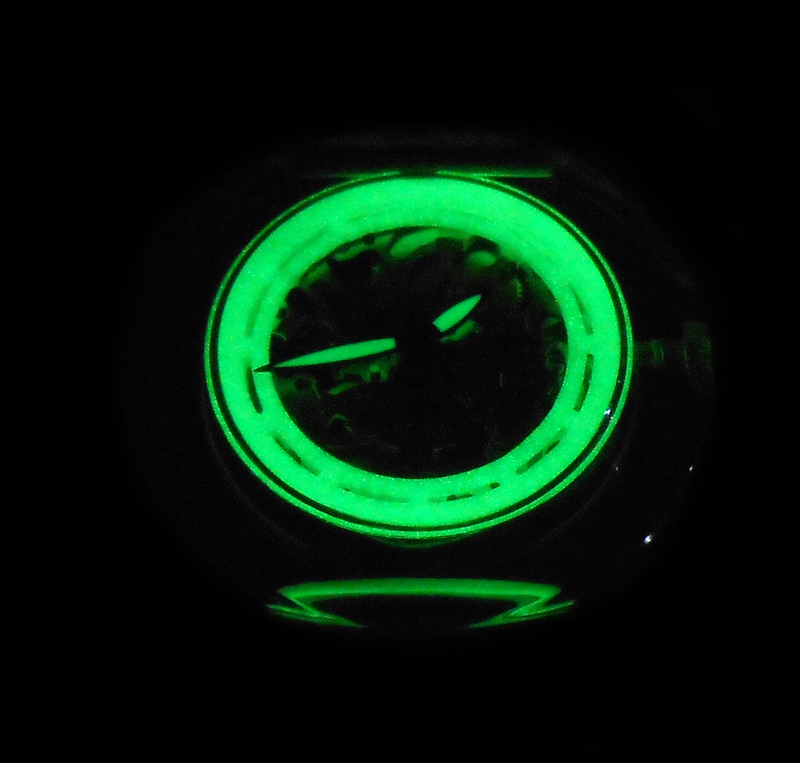 There have been other examples of transparent watches, but they have typically used sapphire to pull off the effect. That also means that they were relatively expensive.

The Project O Concept watch is available for only 450 euros on pre-order, which makes it significantly cheaper. It also makes it less durable, relying on a novel polymer to construct the case. How it would hold up against daily use remains to be seen.

Measuing 44mm across, the case allows the movement (more on that later) to be visible from every angle. The case and crystal are poured from the same piece, creating a perfectly smooth watch with no edges. The caseback is also made of the same material, adding to the transparent look. 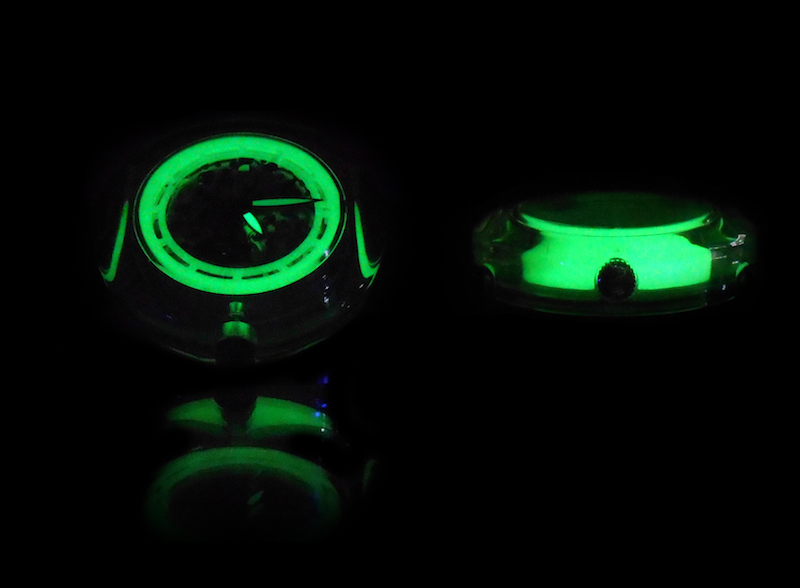 The new polymer, about which we know very little, has a light transmission factor higher than that of glass. That means that when the glow in the dark feature is activated, the watch definitely radiates and looks like some gadget from a science fiction movie.

The material is also quite light, and the watch weighs only 22g without the strap, making it a very comfortable accessory. It is strapped on with either a black crocodile band or rubber strap that adds to the sci-fi look of the watch. 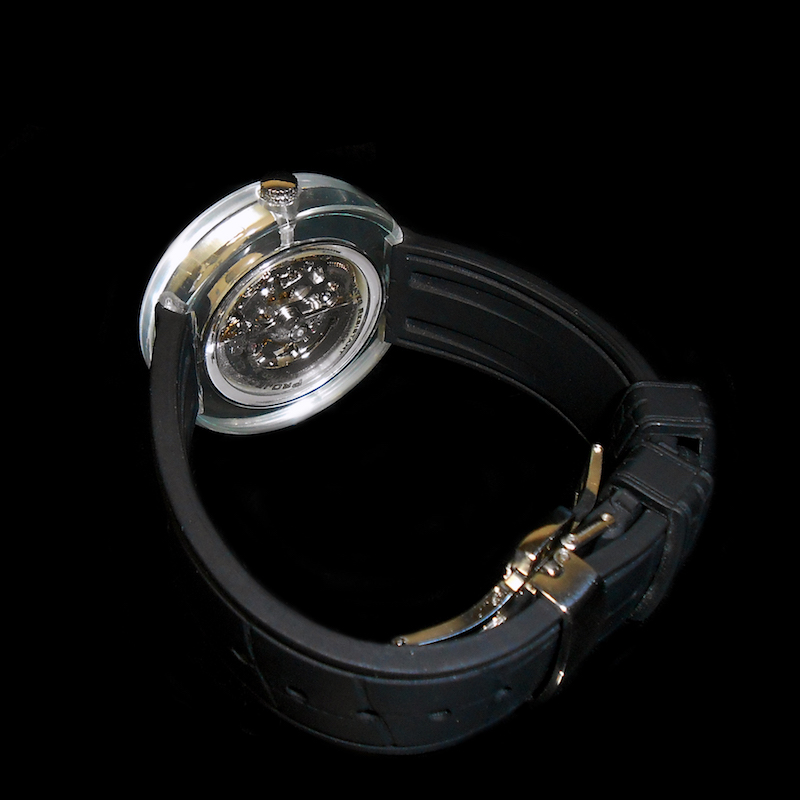 All the transparency and airiness is meant to display the mechanical movement on the inside. In this case, that’s the Miyota 8N24-E21 which is a partially skeletonized movement that has similar specs to other entry-level Miyota movements.

The movement is not skeletonized to the point where reading the time is not impossible. Readability is helped a bit by the movement holder - which has notches that indicate the hours - as well as the oversized hands. 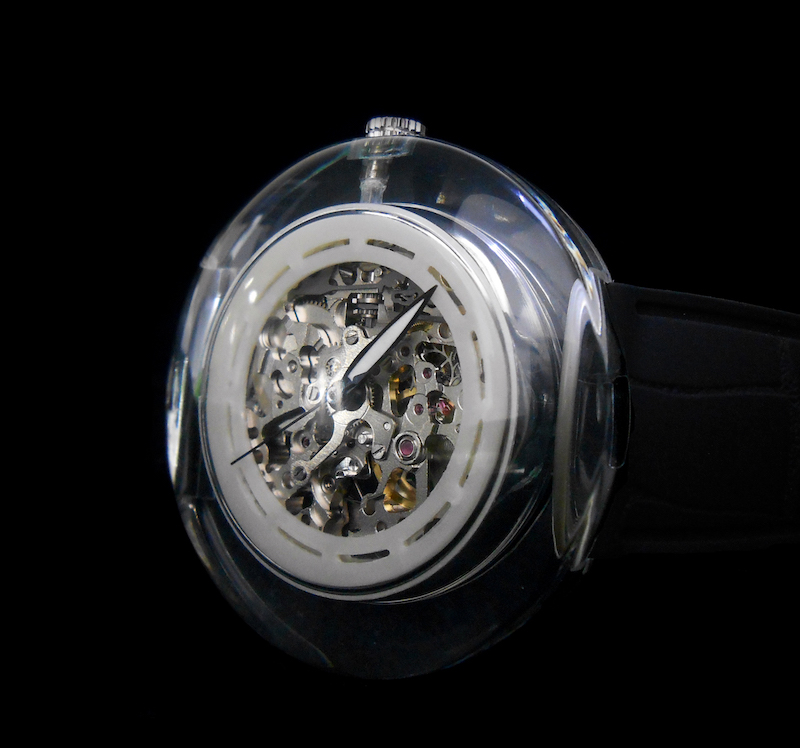 The O Evolution was announced as a limited edition of 100 pieces, and is only available via the brand’s website. The French start-up also gave it a go via Kickstarter, but it seems like those plans are on hold for the time being.

It just goes to show how competitive the industry has become, even though it has been democratized with the likes of social media and crowdfunding.