The luxury brand brings Roman flair to Geneva to mark the re-opening of its flagship store with an 8 piece limited edition of the exquisite IShine.

The luxury brand brings Roman flair to Geneva to mark the re-opening of its flagship store with an 8 piece limited edition of the exquisite IShine.

Fendi has introduced a new limited edition of its iconic IShine watch to mark the re-opening of its flagship store in Geneva, Switzerland in April 2018.

While the brand calls Rome its spiritual home – from where it first made a name for itself as a fur and leather specialist – it’s probably safe to say that Geneva is the brand’s operational home. Like for many other luxury brands, the picturesque Swiss town can serve as a major hub for their international business operations. 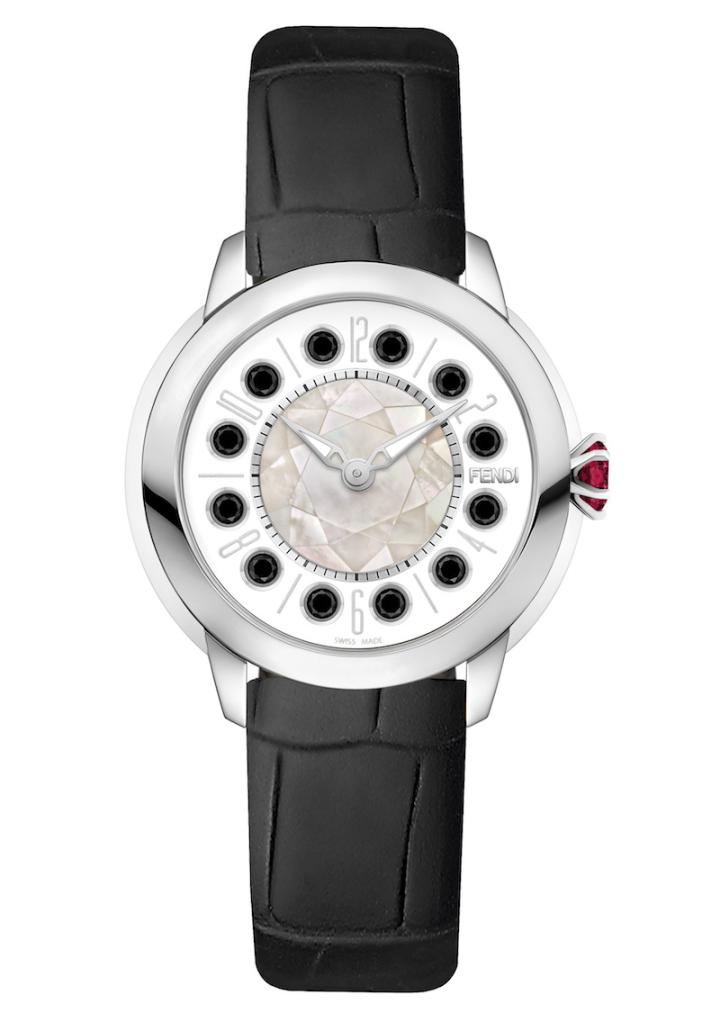 To mark the occasion of the re-opening of its Geneva flagship store, the iconic Fendi IShine has been enriched with three sets of multicolored rotating gemstones that pay homage to the historical flag of the city of Geneva.

The Geneva flag being a combination of red, black, and yellow, the 8 piece limited Geneva edition has been adorned with a dial that boasts a unique combination of gemstones: blazing red topazes, honey topazes and black spinels. 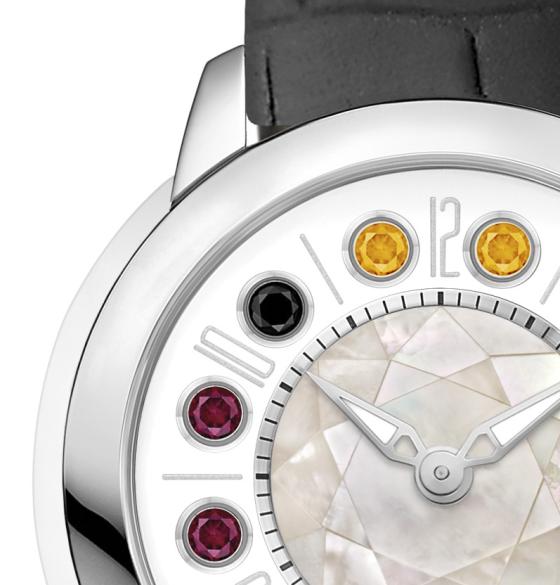 As special as that is, fans of the Fendi IShine collection will recall that the watch also has a trick hiding under the dial. Thanks to its Swiss quartz movement, a turn of the decorated crown at 3 o’clock rotates the combination of gemstones presented on the dial - a neat trick designed incorporated by the Roman luxury brand. 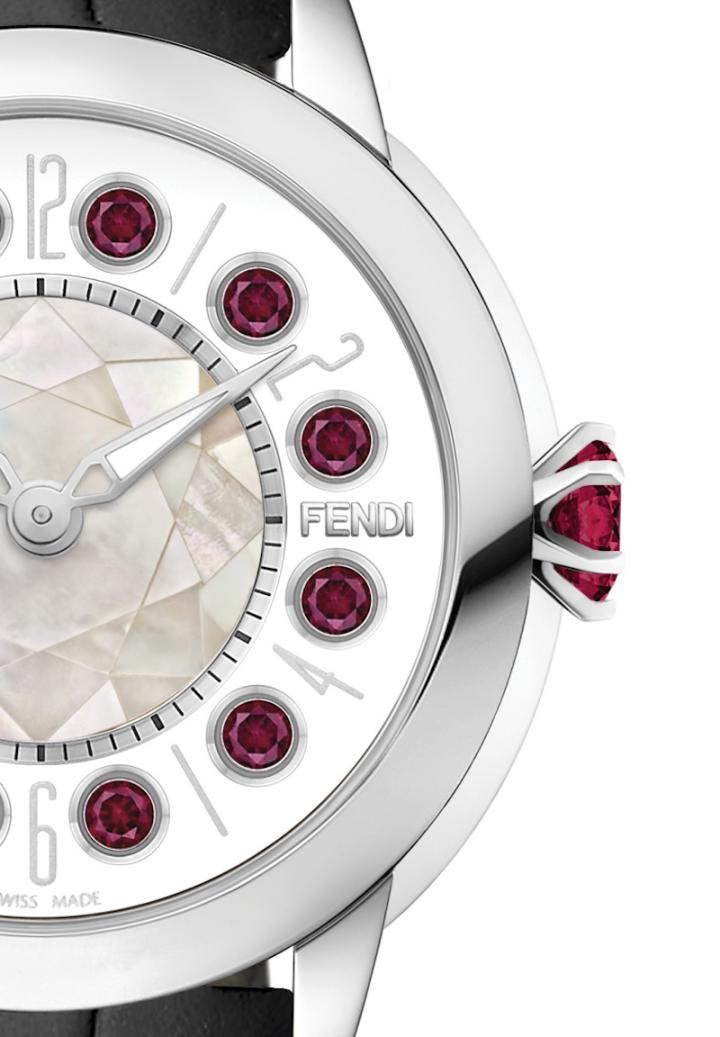 The crown rotates the gems on the IShine

But I also enjoy the symbolism behind the complication. While a crown as we usually know it is used to either wind a watch or set the time or date, here the crown manipulates the presentations of gems on the dial. This being a luxury fashion watch, it’s only fitting that the crown’s main role would be fundamentally tied to the operation of jewels rather than the hands that tell the time.

On top of the show of stunning gems – of which there are 36 in total – we also have an elegant white dial with a Florentine mosaic white mother-of-pearl centre, surrounded by a ring set with 45 diamonds. 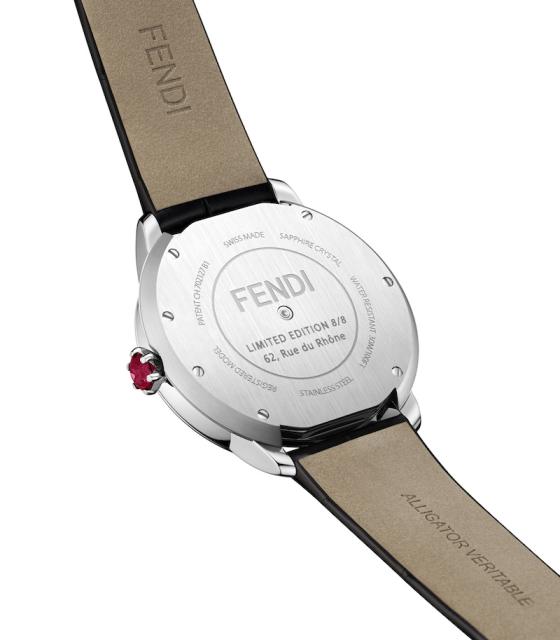 They are all contained within the collection’s familiar 38mm stainless steel case. It features alternating polished and satin-brushed finishes and a case back engraving that pays homage to the brand’s Geneva flagship store location. 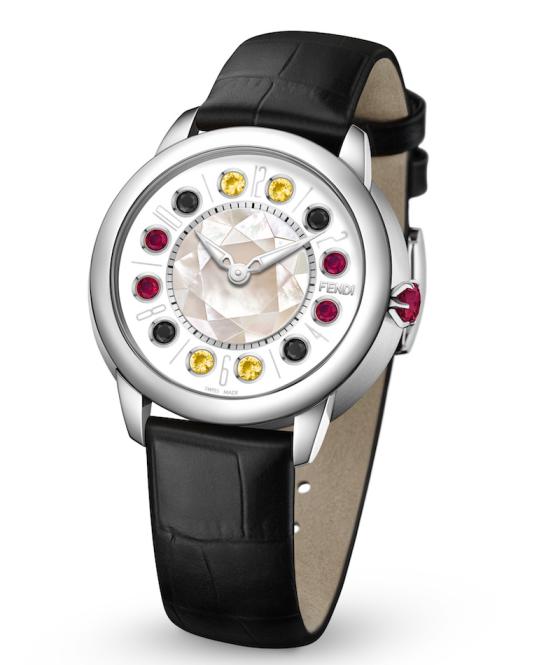 The purpose of the IShine collection has always been to celebrate the timeless elegance of precious stones, and this new watch is another great example of that. The new Fendi IShine Geneva Edition strikes a balance between tradition and innovation, and here again Fendi has created a limited edition that is probably as good of a combination of Roman aesthetics and Swiss craftsmanship as we will see in a ladies’ watch.