The new Swiss brand is offering a line of stylish and affordable watches that uncover the inner workings of quartz watches. But will they “electrify” the industry?

The new Swiss brand is offering a line of stylish and affordable watches that uncover the inner workings of quartz watches. But will they “electrify” the industry?

Openwork or skeletonized watches were all the rage at one point, and they continue to be popular today. After all, there is something fundamentally captivating about discovering the inner workings of any mechanical object.

“Mechanical” is indeed the operational word there, because we don’t often seen skeletonized dials on quartz watches. 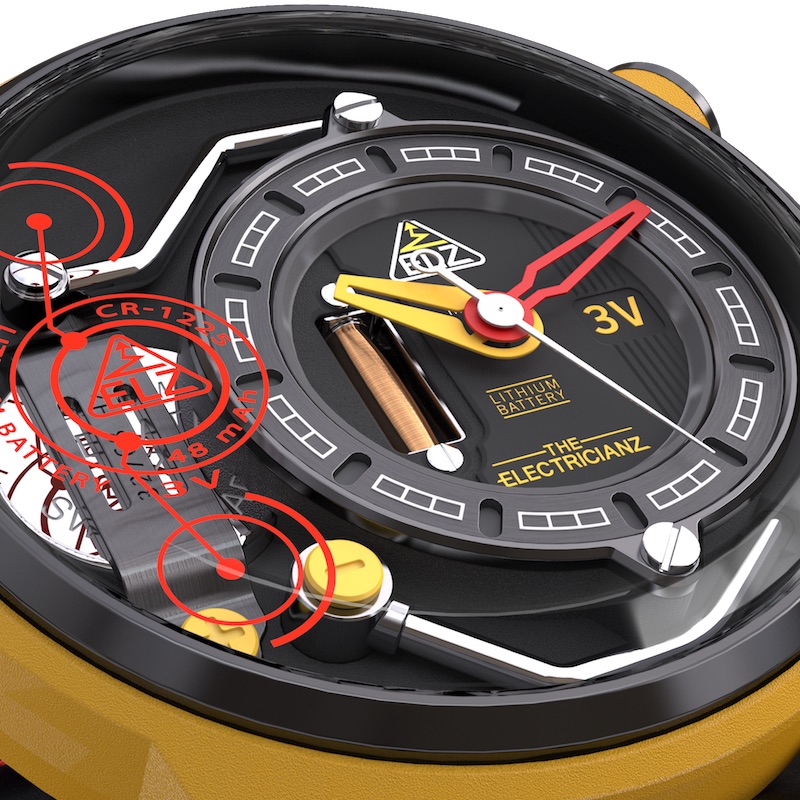 Enter Electricianz watches, which provide the quartz equivalent. Their designs allow for the display of the battery and the conductors on the dial side, offering us a closer look at the inner working of their quartz-powered watches.

The man behind the new brand is Laurent Rufenacht, whose mark on the new design might become more obvious once you known that he is also the founder of Studio Divine, a Swiss design agency that designed SevenFriday watches. So its no surprise that both watch brands have a modern and urban mood about them. 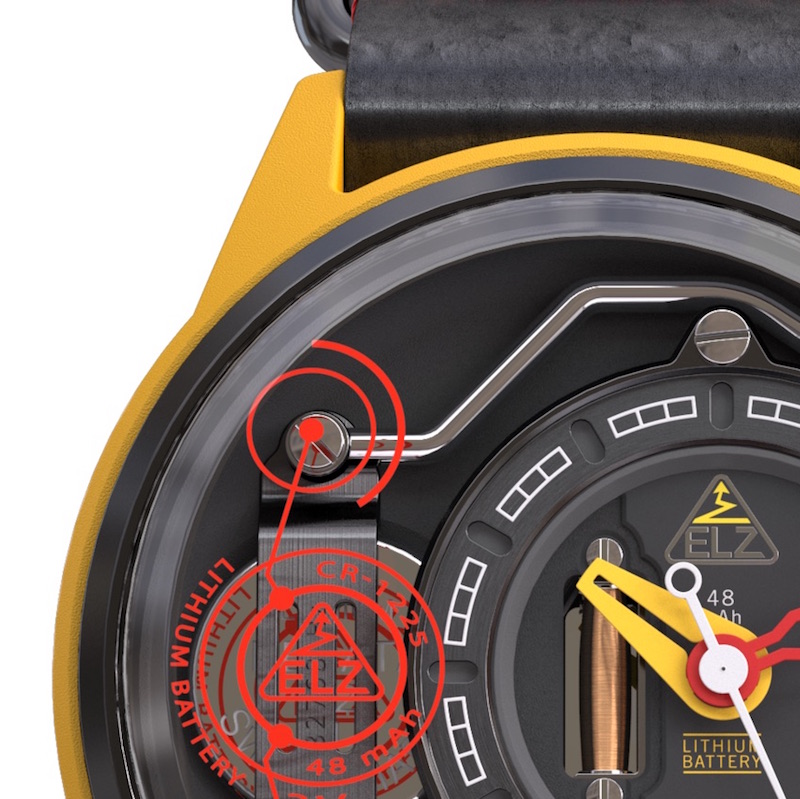 At the time of writing, the brand has six different models on offer, which are essentially different variants of the same base model. As a result, their price range is quite narrow – and quite affordable - from 380 Swiss francs/$USD at the low end, to 390 at the high end.

Two models stood out for me right away. The first is the Ammeter, which retails for only 380 Swiss francs. It sports a bold mix of red and yellow and is meant to bring back memories of real electricians dealing with enmeshed cables of different colours. 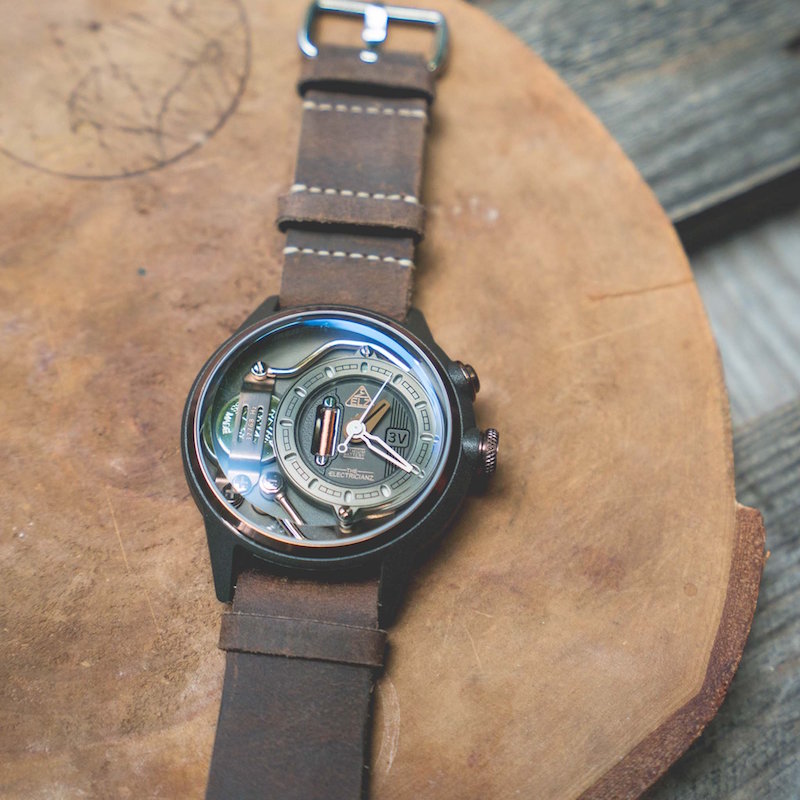 The second is the Mokaz. This model is defined by a fall colourway that is a bit more elegant has a bit more depth of character.

On the inside, the 45mm diameter watches are powered by a visible movement based on the Miyota 2033, which has been augmented with an in-house module. 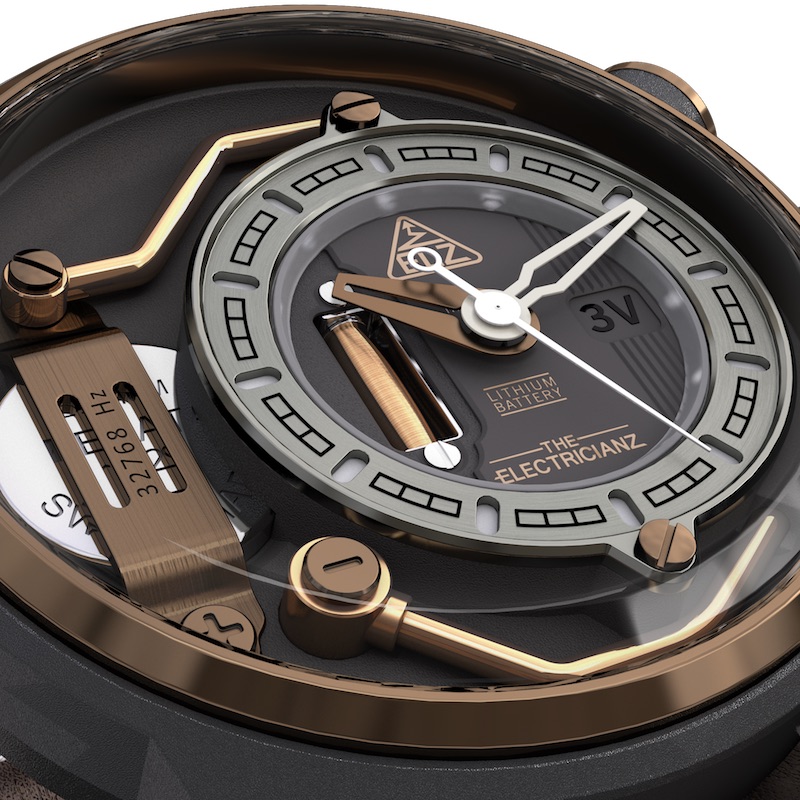 Does Swiss start-up brand Electricianz have what it takes to electrify the market?

The battery – which should last at least a couple of years – is visible at 9 o’clock. The subdial also exposes the movement’s electrical conductor.

On the flip side, the case back is not as demonstrative. It features some information about the watch and pseudo-warnings about the watch’s electric credentials. 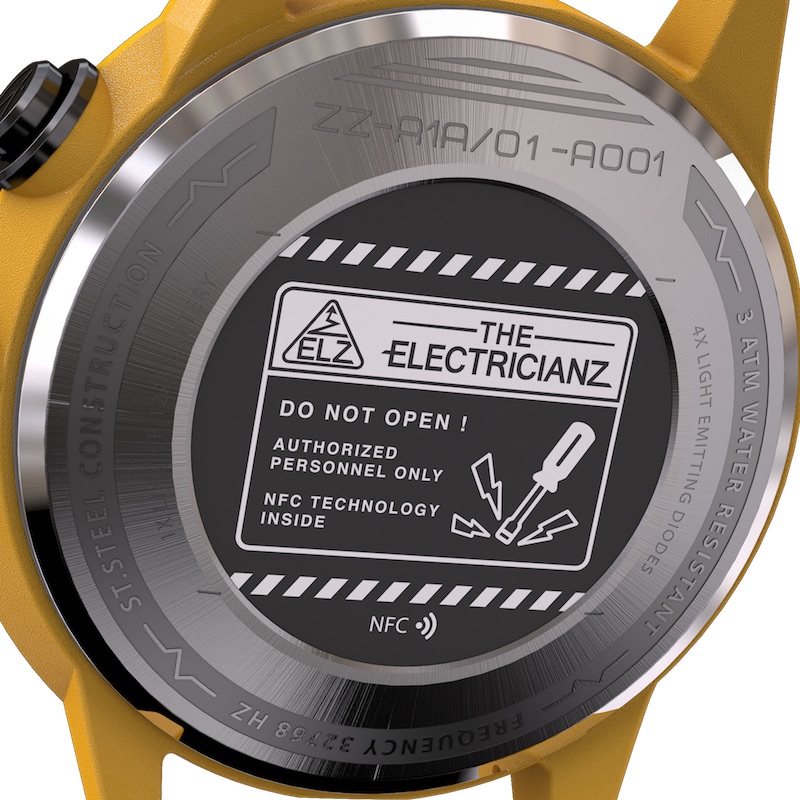 The new brand hopes to build a worldwide community of “volt-lovers” with its new watches. That is, to unite curious individuals which are drawn to a highly energetic, urban and creative lifestyle.

It seems to me they’re already off on the right foot in their quest to “electrify” the affordable market segment with these interesting quartz models.