Longines is continuing to target high-precision quartz through the V.H.P. collection, which brings a surprising innovation. The Flash Setting mode included in the collection’s new GMT model uses a smartphone flashlight to set the time zone. This intelligent module remains operational in all circumstances, no electronic emissions needed. The guiding philosophy is to place new technology at the service of the watch, rather than the other way around.

Longines is continuing to target high-precision quartz through the V.H.P. collection, which brings a surprising innovation. The Flash Setting mode included in the collection’s new GMT model uses a smartphone flashlight to set the time zone. This intelligent module remains operational in all circumstances, no electronic emissions needed. The guiding philosophy is to place new technology at the service of the watch, rather than the other way around.
I

t’s one of the most intriguing watches of the year. At first sight, the Conquest V.H.P. GMT Flash Setting by Longines has all the understated sporty elegance of the other quartz models in this ultra-precise collection relaunched in 2017, which boasts an accuracy of ± 5 seconds per year. If you look very closely at the watch, it’s possible spot a tiny hole in the 12 o’clock marker.

This opening lets light through the dial, behind which is a light sensor, which detects the flashes of light emitted by a mobile phone. After downloading the dedicated app, the user chooses the time zone they wish to add, brings the watch and phone together, and something very unusual happens: for a couple of seconds, flashes of light are sent to the watch, and the hands are adjusted to display local and home time, using binary Morse code!

Morse code, which uses a series of short and long signals to communicate through signs, light, sounds or gestures, was invented in 1832 (the year Longines was founded!) for use in telegraphy. Since then, it has earned its place in the collective imagination as one of the first long-distance communication methods of modern times. This precursor of digital communication is still alive and well today, and is used for communication in military applications, navigation and aviation, as well as by scouts, divers and mountain climbers. So it was not too much of a stretch to press it into the service of watches!

Longines is combining a vintage code with an ultra-contemporary communication tool in order to improve the performance of its watches. There’s no transmission of biometric data to the phone via Bluetooth. There are no waves. One specific function of the phone – its flash – is brought into the service of timekeeping precision. The watch company thus remains faithful to its systematic refusal to jump on the “connected” bandwagon, while at the same time – and perhaps this is an additional thumbing of the nose – commandeering one of the phone’s functions to make it an intelligent watch module.

Longines’ philosophy – a tenacious quest for precision timekeeping and enduring elegance, a world away from the built-in obsolescence of the digital sphere with its inconvenient charging requirements and electronic smog – could not find a better interpretation than in this model. In the era of the selfie, this watch keeps all the flash bulbs to itself.

Another point in its favour is the fact that there’s no need to have a smartphone constantly within reach. The watch is perfectly operational even without the Flash Setting function. Longines has designed a very practical system for setting the time zone via the intelligent crown: slowly rotating the crown adjusts the time minute by minute, while a quicker twist sets the hour without disturbing the accuracy of the minute and second.

Flash setting user guide: To put the watch in Flash Setting mode, perform one short press followed by one long press on the crown. The minutes, seconds and GMT hands all move to 12 o’clock, and the hour hand moves to the nearest hour marker. The Flash Setting module sets the hour in five seconds, using flashes from the smartphone. When, after a long flight, the user arrives in the country that was previously represented by GMT time, two presses on the crown switch it back to home time. The Flash Setting also retains more complex information, such as the fact that Russia does not observe Daylight Saving Time.

Walter von Känel, the president of Longines and the man whom everyone calls “the Boss” (read the interview in here), explains a little more about the genesis of this unusual innovation. “In fact, the Flash Setting function had been pencilled in since the start of the V.H.P. concept, but it was originally intended for our customer services. We thought we’d put a light sensor on the back of the watch so that the perpetual calendar could be reset after the battery was changed. But we realised it would be even better to bring this function out from behind the scenes, so that it could help our customers directly!” 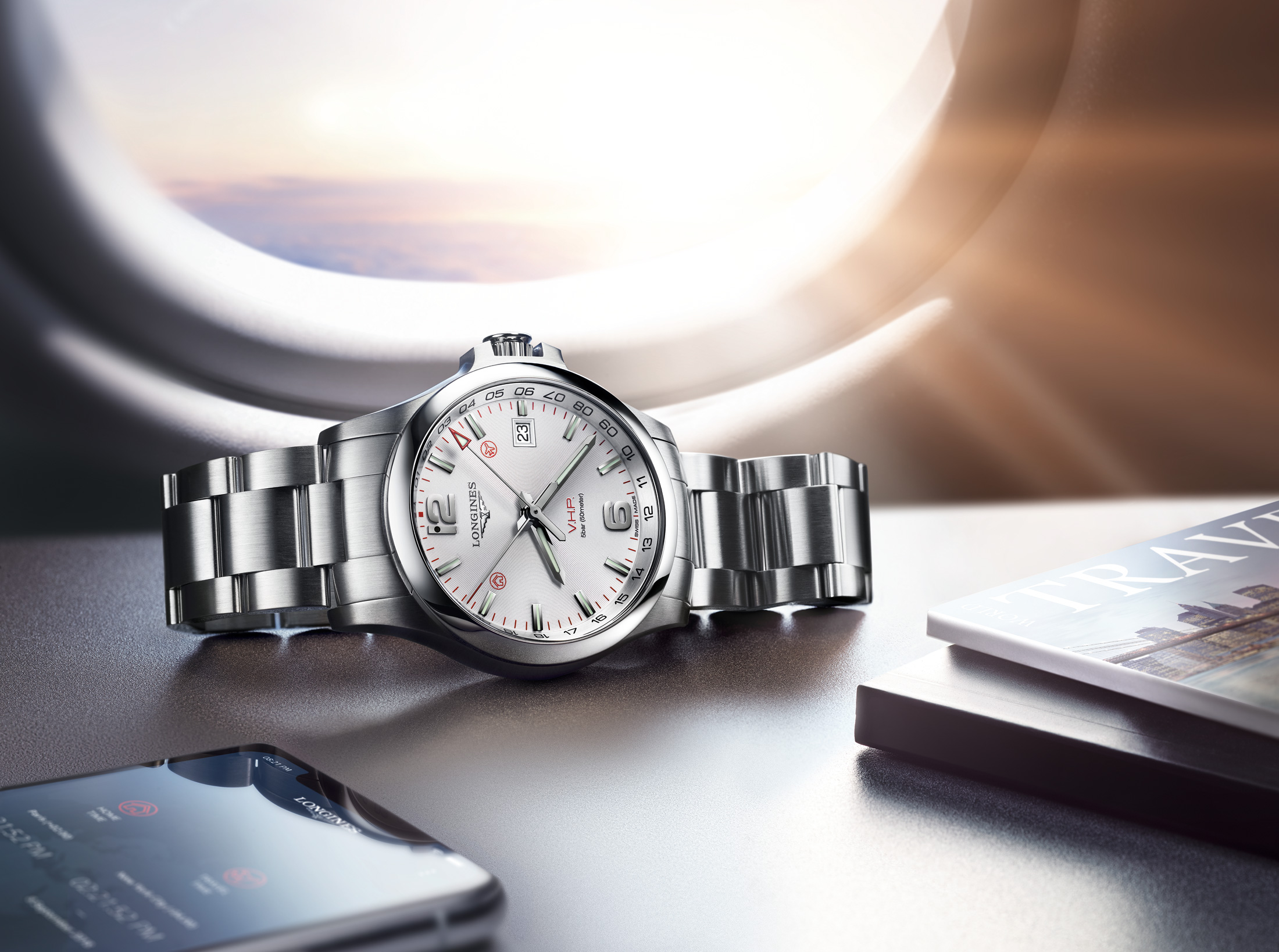 This innovation, which only Longines within the group is using, is the result of a collaboration with ETA and the Swatch Group’s research and development divisions. It opens up many possibilities; although today its use is restricted to setting time zones, in the future it could be utilised in other applications.

Longines and quartz go back a long way. In 1954, Longines developed a very high precision quartz clock for sports timekeeping. This was followed in 1969 by the Ultra-Quartz, the first electronic wristwatch movement which, beginning in 1984, would also drive the Conquest V.H.P., a genuine icon of precision in the company history.

Last year’s relaunch of the V.H.P. concept (for Very High Precision) already included numerous innovations. Its return to the spotlight represents a particularly strong signal from Longines and its president Walter von Känel: while the majority of the company’s output is mechanical, the brand has never abandoned quartz, or the pursuit of electronic ultra-precision.

The updated version, launched last year with three-handed models, followed by chronographs (the GMT Flash Setting is the third contemporary variation on the V.H.P. theme) was intended to mark the shift to a quartz standard of +- 5 seconds per year.

The V.H.P. collection includes a perpetual calendar that will require no adjustment until... 2399! Battery life is over four years. But the most surprising feature of this collection is the integration of a gear position detection (GPD) system. This mechanism compensates for any loss of accuracy caused by shocks to the watch, by automatically reinitialising the hands. In the event of light knocks, the hands are repositioned immediately, but more serious impacts are corrected once every 72 hours (3 days) at 3 a.m. Similarly, when it detects any magnetic fields, the watch mechanism automatically “freezes”, ready to restart at the correct time once the danger has passed!

In addition to the pursuit of precision, another of Longines’ historic battlefields is fair pricing, by which it means affordability combined with quality. The three-handed Conquest V.H.P. starts at CHF 950. The new version with GMT and Flash Setting functionality, available in 41 and 43 mm sizes, goes for CHF 1,250 in steel and CHF 1,550 in black PVD.

The unusual approach of setting the watch using light is a result of the industrial resources of a group that has delivered solutions to the electronics world for many years.

It’s also an opportunity for this confident brand (it has a strong following in China) to thumb its nose at the vogue for connectivity at all costs. We can expect to see more variations in the future, with intelligent modules designed to optimise the watch.

In particular, this new departure confirms the Swatch Group’s strategy of distancing itself from the Silicon Valley giants, preferring innovative in-house solutions that make the most of emerging technologies. 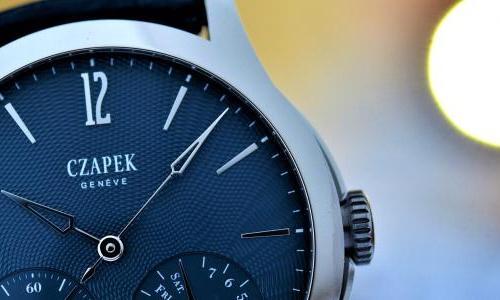 Czapek & Cie unveils the Quai des Bergues Aurora Borealis and Blue Aurora, perfect illustrations of the brand’s ‘Horizontal Manufacture’ and of the ‘We (...) 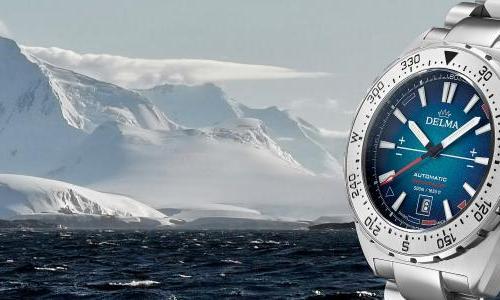 Delma’s dedication to sports timepieces began early in its 95-year history and has strengthened with modern technology and style. With the new Oceanmaster (...) 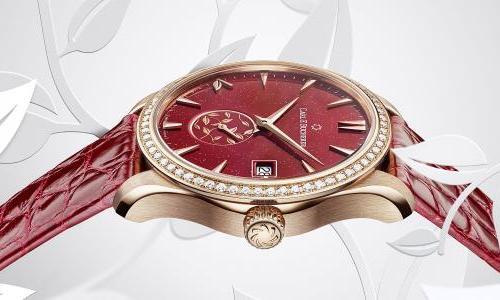 The Manero AutoDate LOVE is a joint creation by Carl F. Bucherer and the global Brand Ambassador Li Bingbing, a popular Chinese (...) 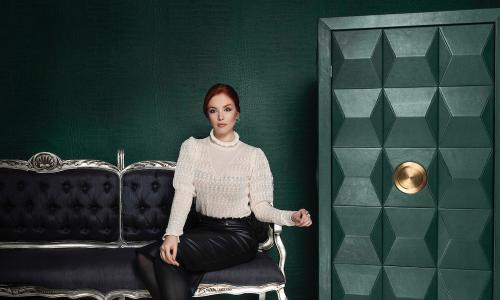 Our friends at WOLF have crafted an innovative distribution concept in this “new normal” of social distancing and closed stores. We share here the letter (...)

Citizen embarked on the research and development of titanium as a material for watches in the 1960s. In 1970, the brand unveiled the world’s first titanium (...) 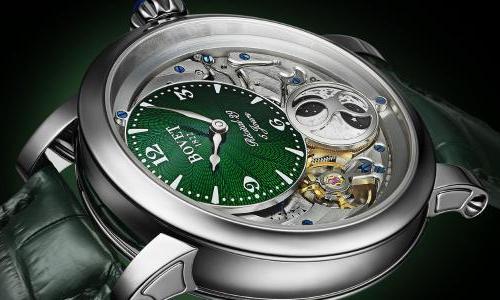 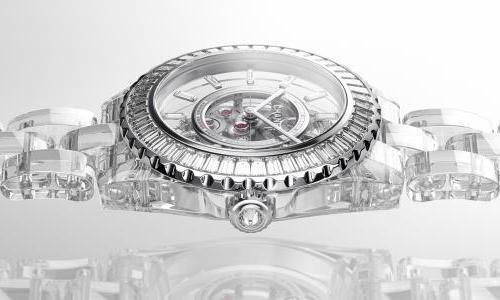 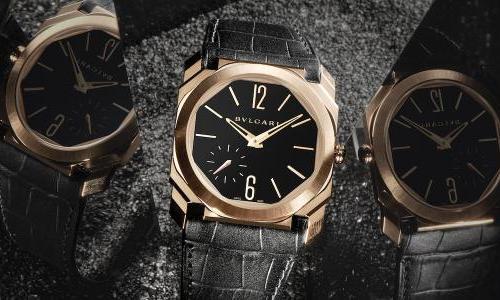