The T1000 is the world’s brightest watch with self-powered illumination. This concept watch was created to celebrate the 50th anniversary of mb-microtec, the parent company of traser.

The T1000 is the world’s brightest watch with self-powered illumination. This concept watch was created to celebrate the 50th anniversary of mb-microtec, the parent company of traser.
T

his radiant sensation, making its debut at Baselworld 2019, glows with an intensity of over 1000 microlumens and is fitted with no fewer than 318 trigalight pipes. The light output was measured and certified by the Federal Office of Metrology (METAS). The traser T1000 is the brighest self-illuminating watch in the world. 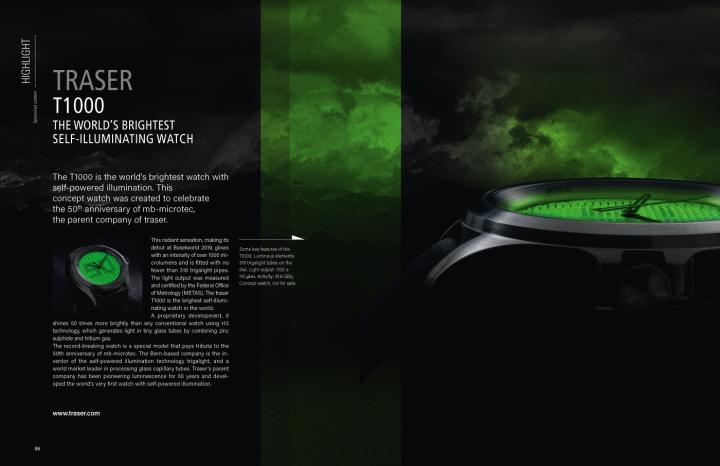 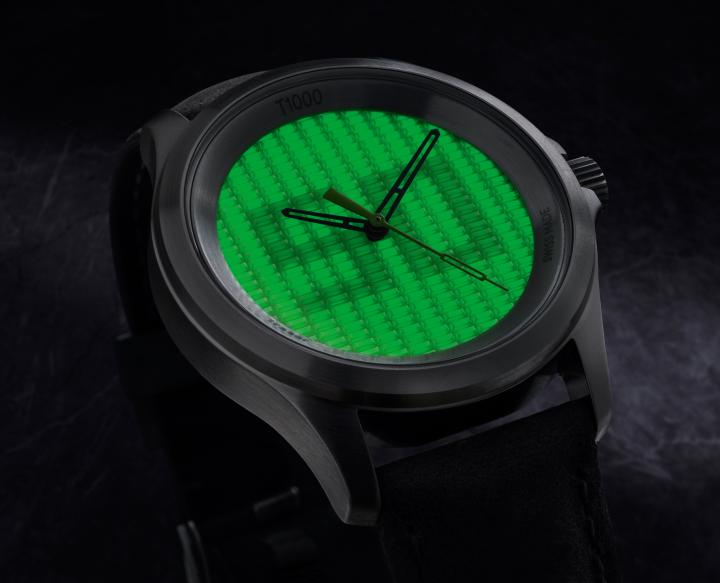 The record-breaking watch is a special model that pays tribute to the 50th anniversary of mb-microtec. The Bern-based company is the inventor of the self-powered illumination technology trigalight, and a world market leader in processing glass capillary tubes. Traser’s parent company has been pioneering luminescence for 50 years and developed the world’s very first watch with self-powered illumination.