TRAVELLING IN ANOTHER DIMENSION


Hermès has built up a horological territory of expression unlike any other with the new Arceau “L’Heure de la Lune”, which reinvents or reinterprets watch functions in a playful and dreamlike fashion.

TRAVELLING IN ANOTHER DIMENSION

Hermès has built up a horological territory of expression unlike any other with the new Arceau “L’Heure de la Lune”, which reinvents or reinterprets watch functions in a playful and dreamlike fashion.
A

These mischievous displays have swapped cardinal points, with the south above and the north below. A topsy-turvy direction inviting observers to lose their bearings, with their head in the stars… 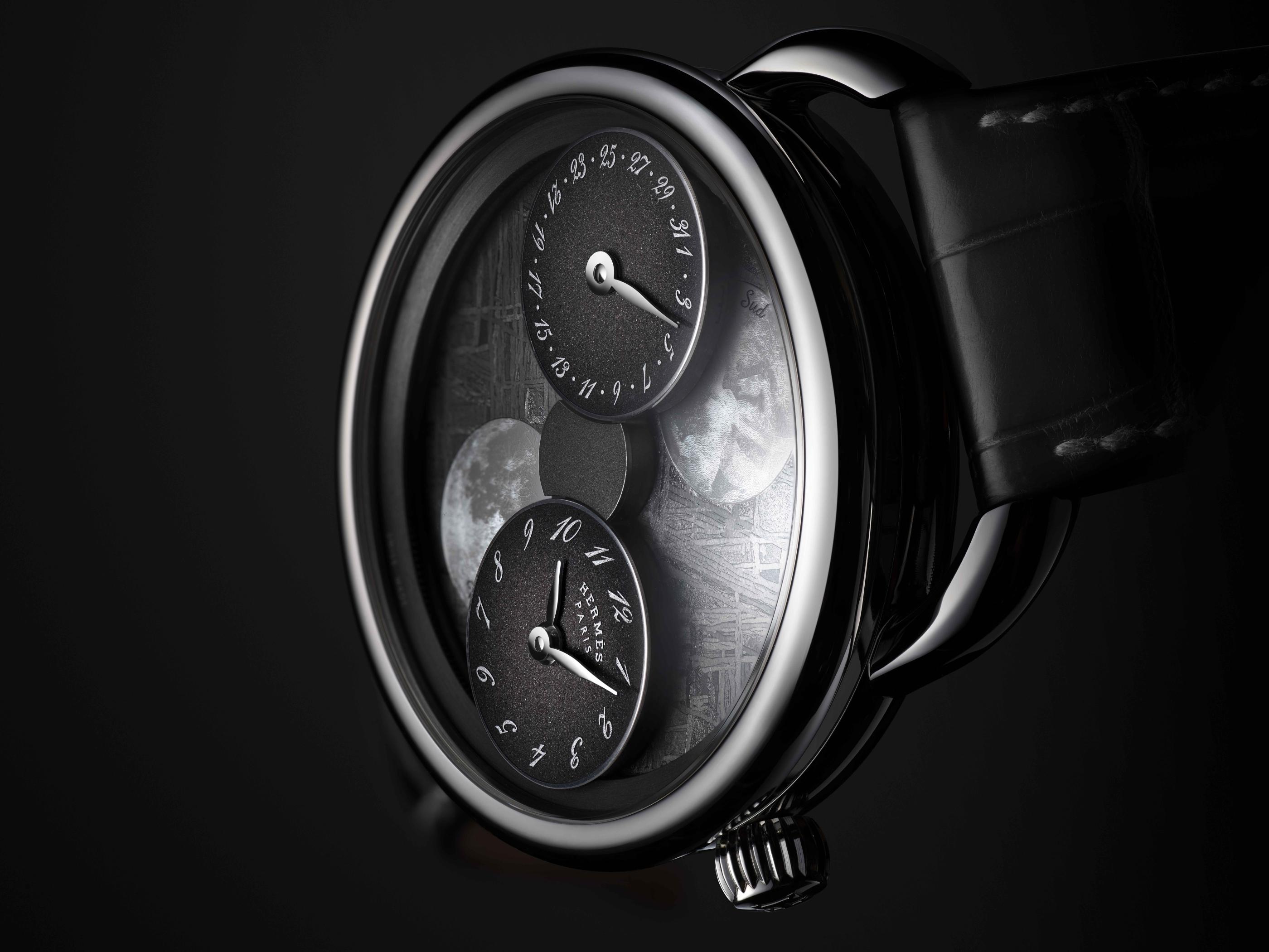 The horse, representing the origins of Hermès, gallops elegantly into the world of dreams. At 12 o’clock, the moon is adorned by a Pegasus created by the “dreamer-designer” Dimitri Rybaltchenko.

Entitled Pleine Lune (Full Moon), this portrayal of the winged horse hints at a passage between two worlds, where magic and reality merge. On the other side, at 6 o’clock, the view of the moon from the northern hemisphere provides a realistic depiction of its surface.

The mobile counters displaying the time and date turn weightlessly to reveal the moon discs, while maintaining their horizontal orientation. This contemporary dance is choreographed by a module exclusively developed for Hermès and for which a patent has been filed.

With a total thickness of just 4.2mm, its 117 polished and bead-blasted components are incorporated within the Manufacture Hermès H1837 movement: a technical challenge designed to preserve the slenderness of the overall mobile chassis, which sweeps around the dial in 59 days. 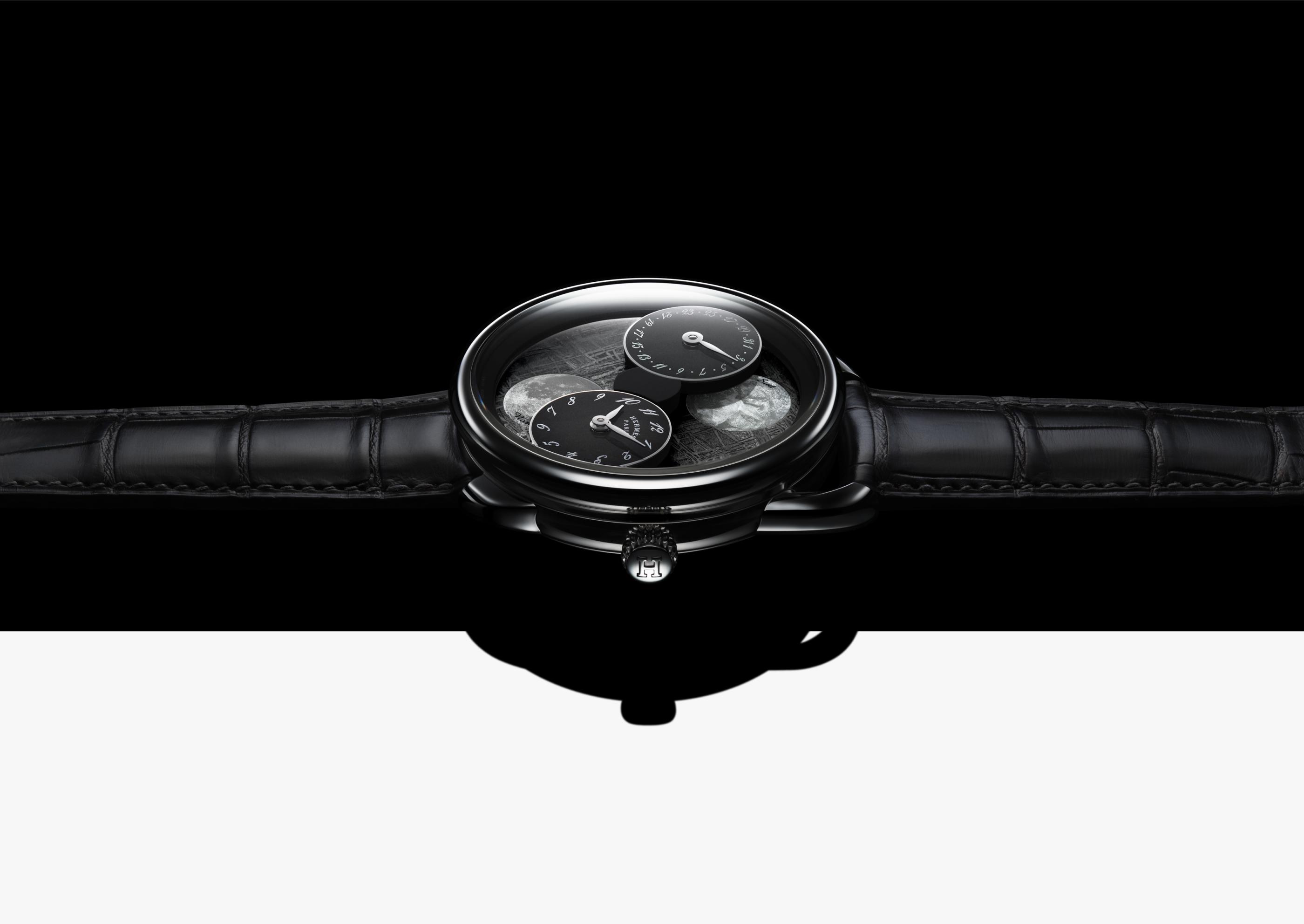 The mother-of-pearl moons set into the stone display the lunar cycles in the northern and southern hemispheres. This mysterious game of hide-and-seek reveals nothing of its technical complexity, so as to give pride of place to dreams.

Within this space-time, metal, stars and rock seamlessly merge the watch exterior with the movement to form an unprecedented technical and aesthetic display of simple and graphic readability. The double moon here eclipses a traditional aperture-type display, instead covering the entire surface of the dial. The result is a free-spirited and impertinent vision of mechanical watchmaking according to Hermès. 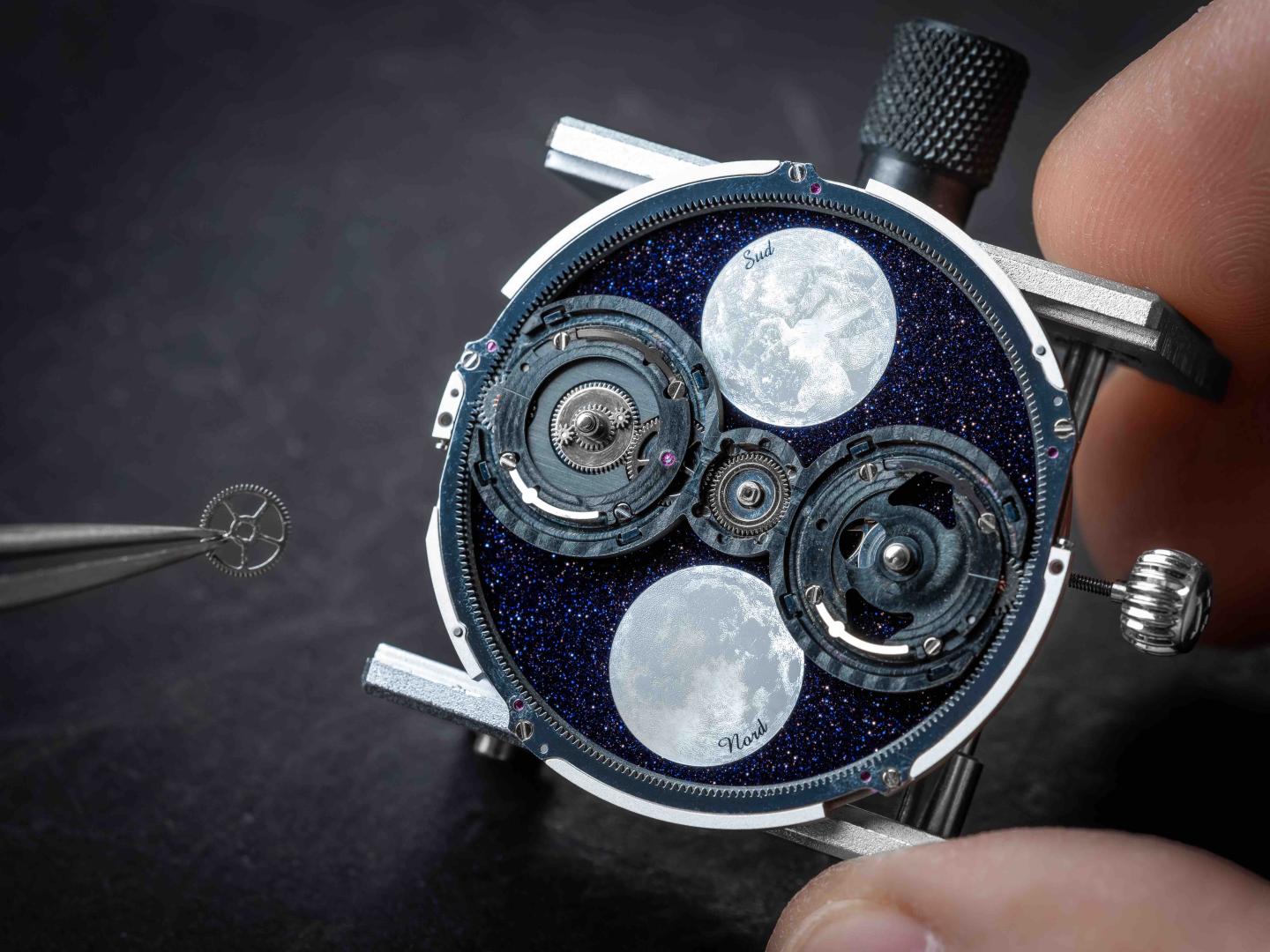 The Arceau case with its asymmetrical lugs, designed by Henri d’Origny in 1978, becomes a lunar crater made of meteorite stone or aventurine, while the lacquered dials, gravitating like satellites, display Arabic numerals with a distinctive sloping font. This Haute Horlogerie timepiece is issued in two 100-piece limited editions, and fitted with a matt alligator strap in graphite grey or abyss blue. 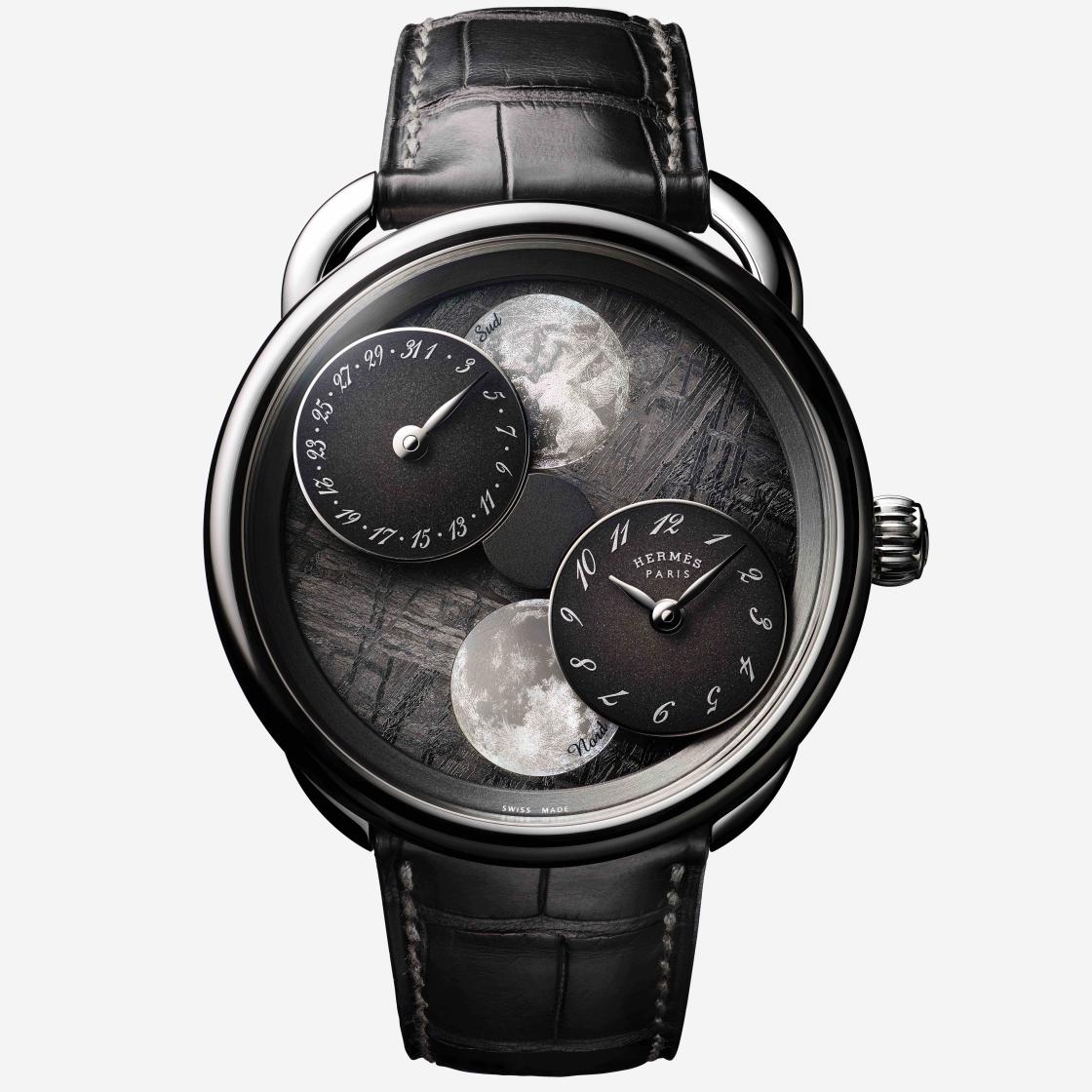 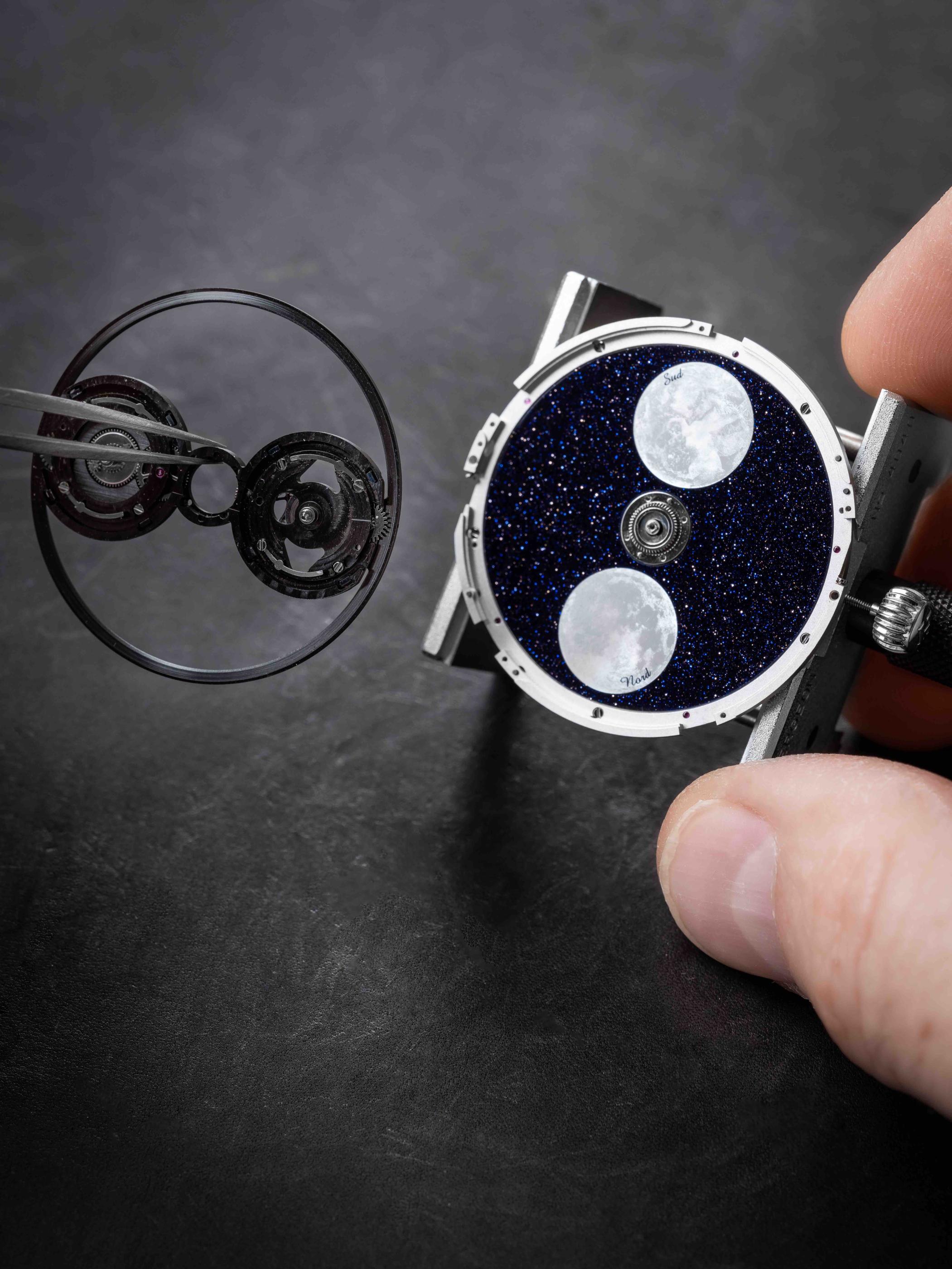 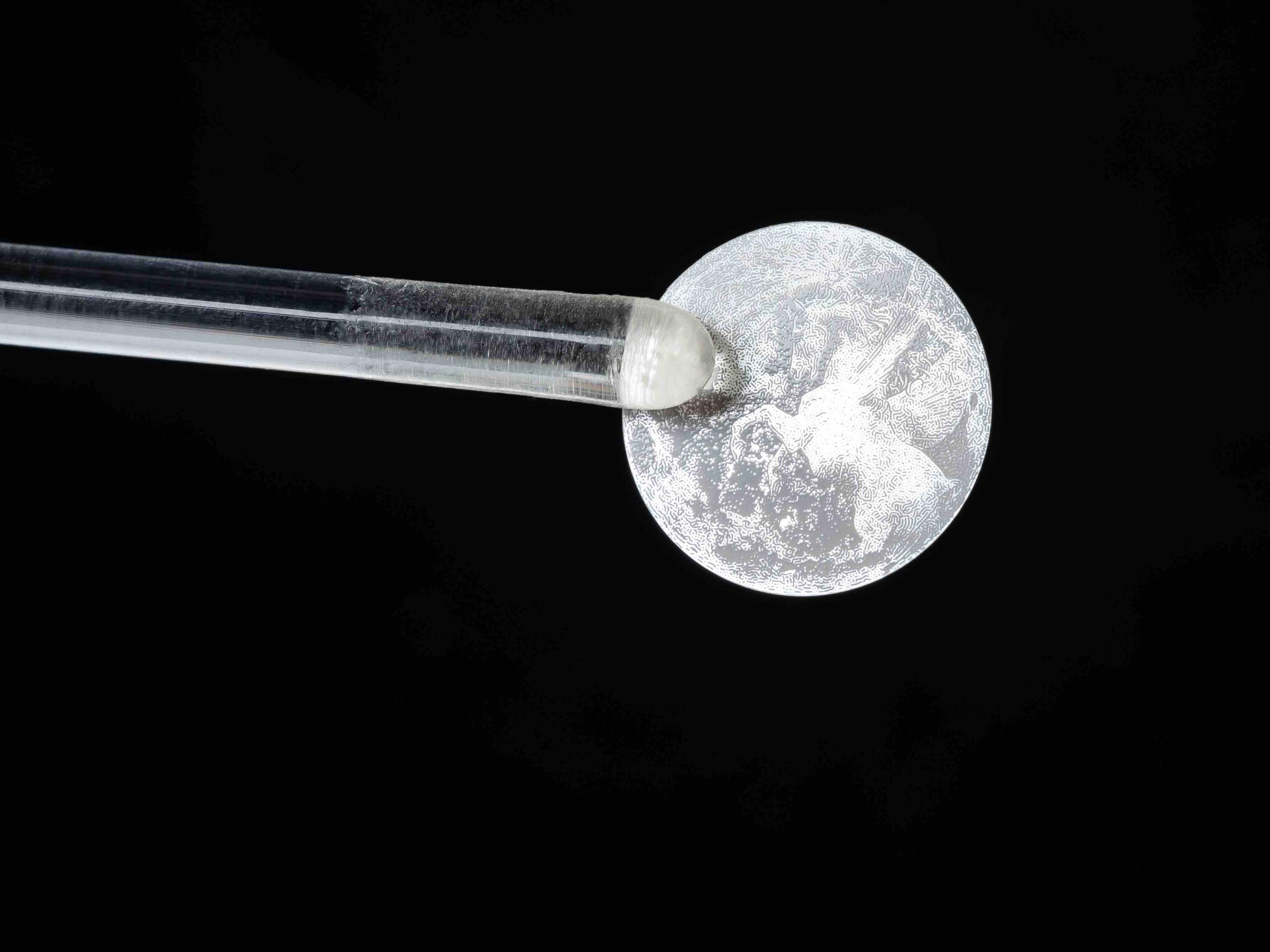 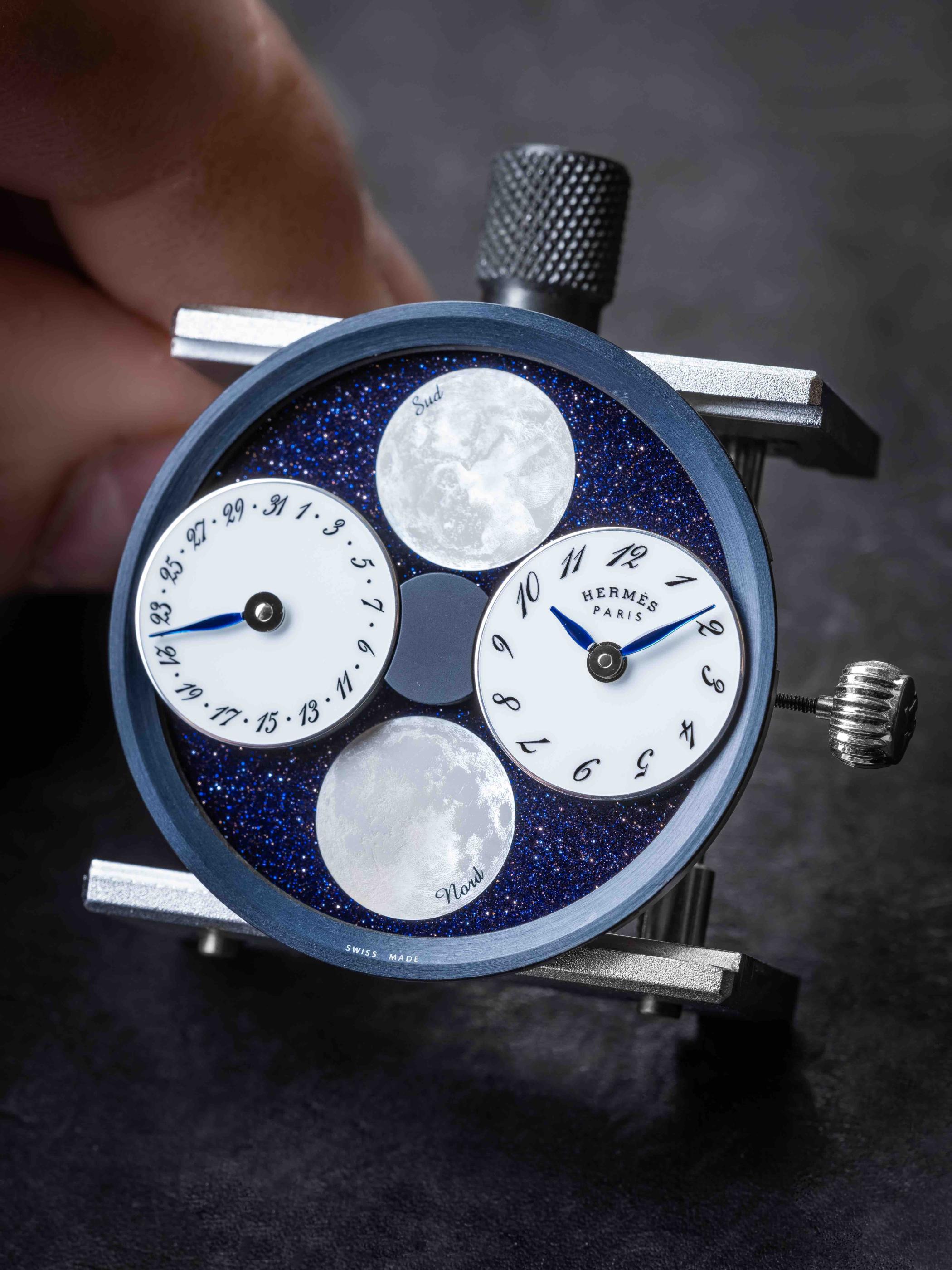 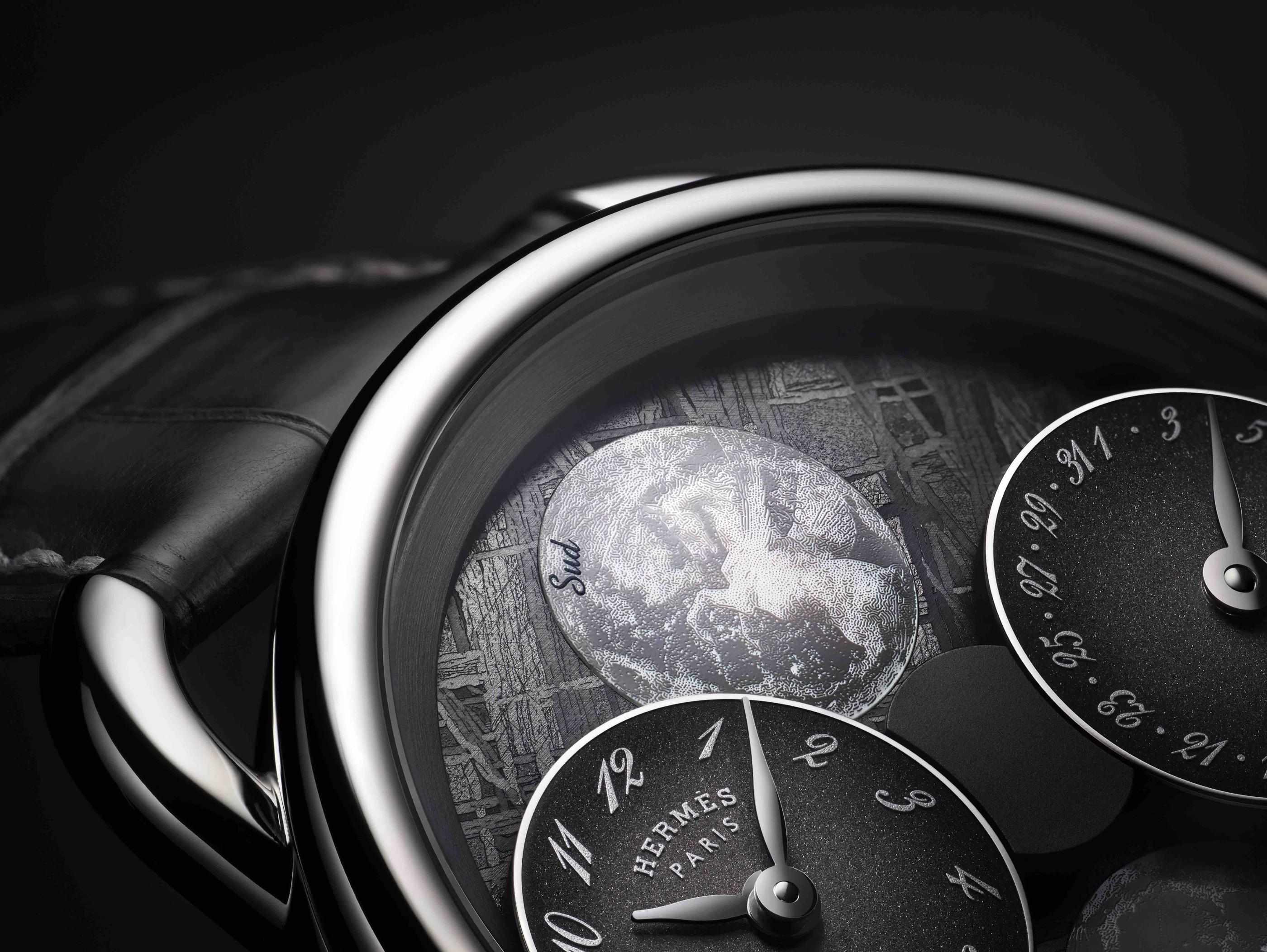 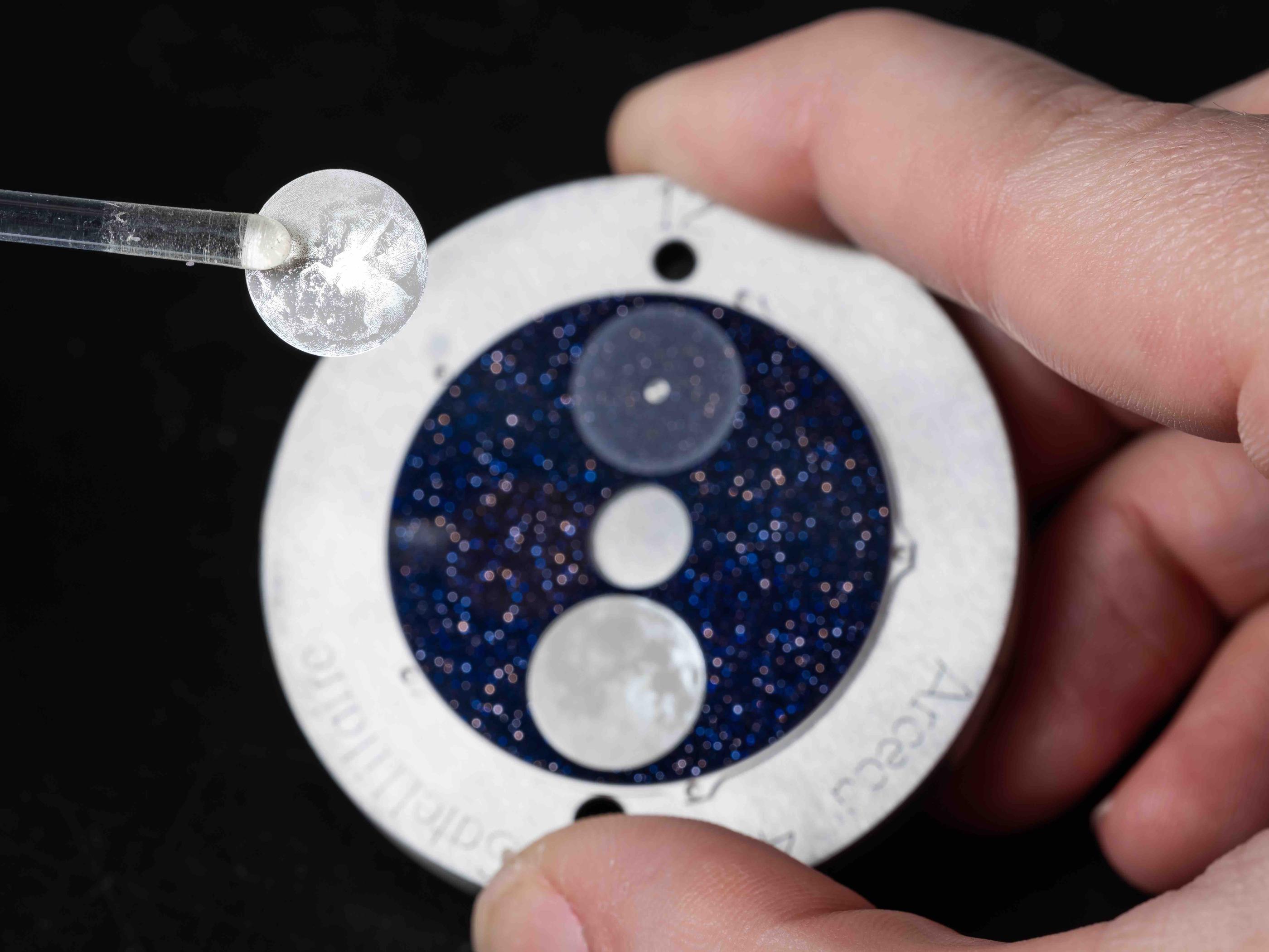