After unveiling an exceptional meteorite dial highlighted with pink gold, Louis Vuitton now presents two new steel versions of the Escale Spin Time watch, with the choice of a monochrome or coloured time-telling complication.
I

n the Escale Spin Time Rainbow, twelve rotating cubes receive a colourful treatment, set against a black, sunbrushed dial. Louis Vuitton trunks have have enjoyed the same kind of customisation since the 19th century, including bands of colour, initials, coats-of-arms and geometric motifs.

The Steel Escale Spin Time features a grey metallic ruthenium sunbrushed dial with twelve cubes. For this model, the elements are more discreet, combining black, grey and white for an ultra-contemporary monochrome look. 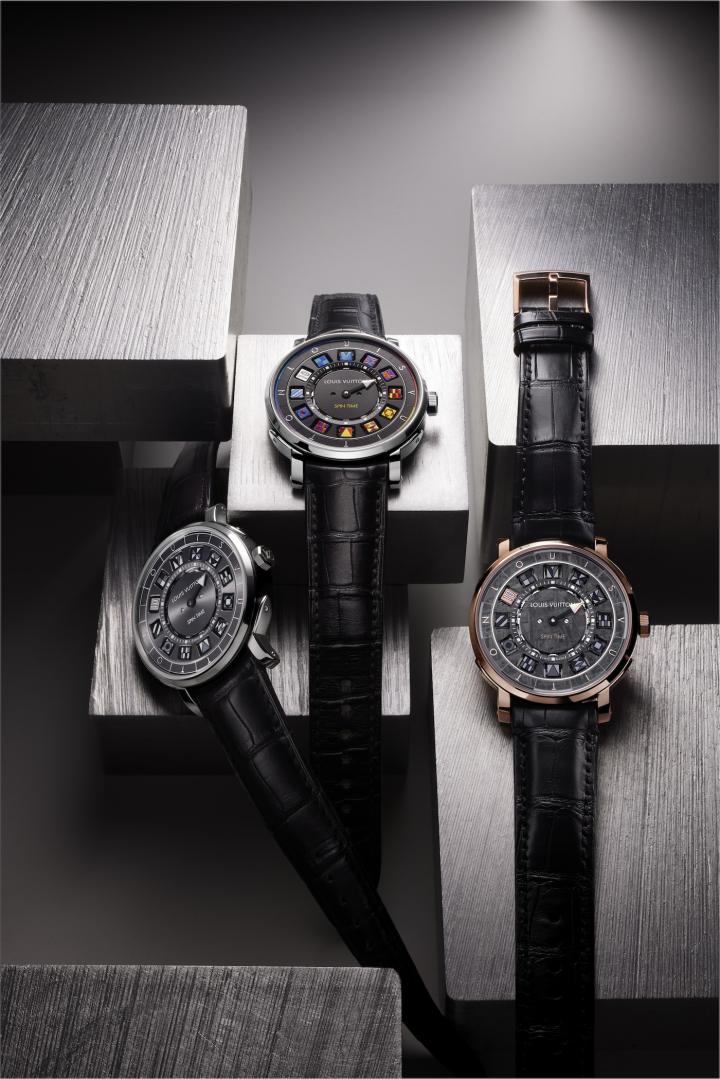 A remarkable mechanism lies at the heart of the timepieces. Patented and crafted by the master watchmakers at La Fabrique du Temps Louis Vuitton, the Spin Time calibre – first unveiled in 2009 – honours its name with rotating cubes that display the hours. Telling the time thus takes on a distinctly modern approach. Instead of a central hand, twelve cubes around the rim of the dial revolve in place, showing the passing of time. 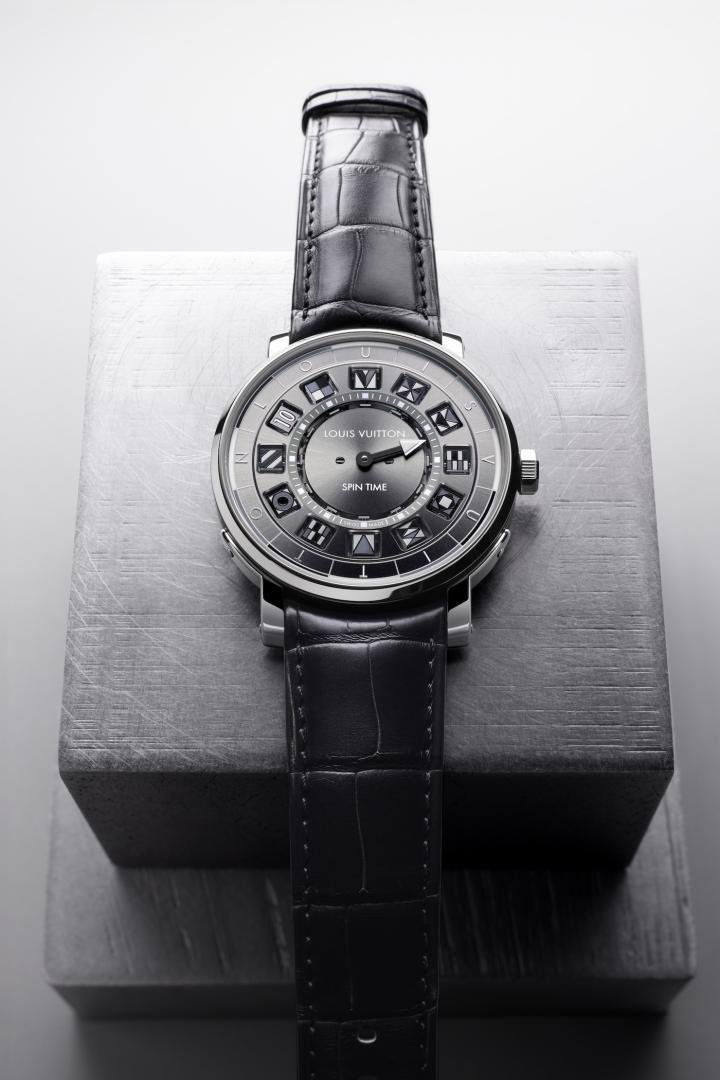 A first for the Escale Spin Time collection, the two new exclusive 41mm all-steel designs pair the modernity of steel with the depth of black PVD.

While eleven of the cubes display iconic motifs inspired by the customisation of Louis Vuitton trunks, the twelfth stands out, displaying the time on a digital face. A unique, innovative concept, as playful as it is technical, and an exceptional mechanism driven by an automatic movement: the LV 77 calibre. While their dials are distinctively different, the two variations share this movement in common, as well as the twelve letters of Louis Vuitton which adorn their flanges. 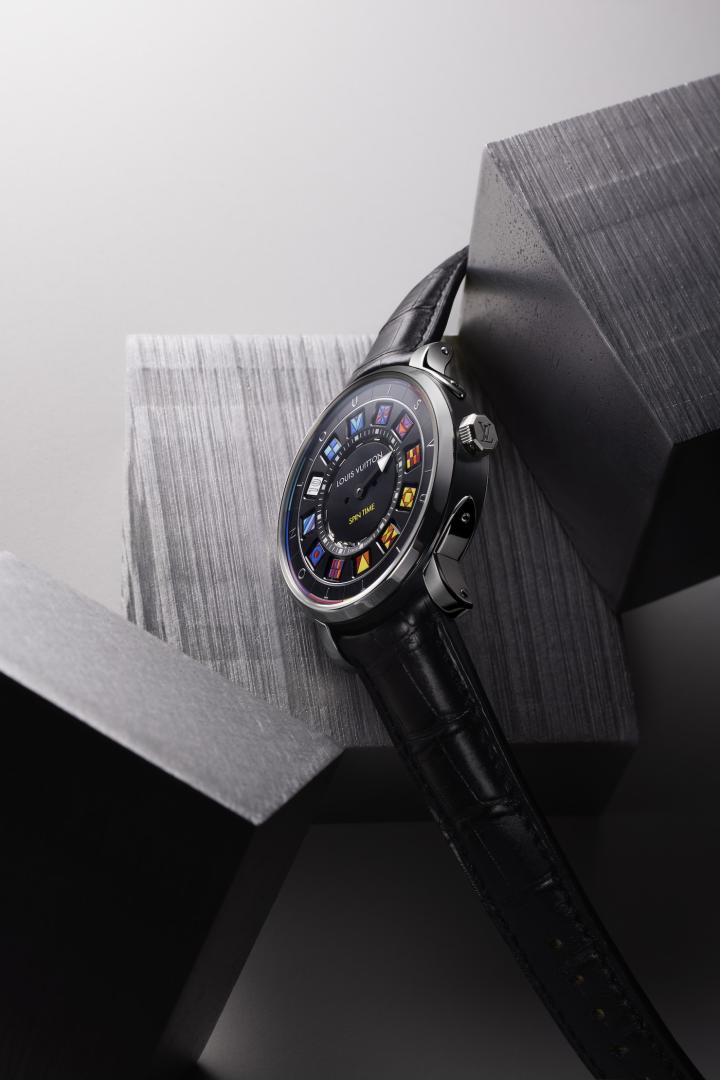