From the first ladies’ pocket watches introduced around the turn of the 18th century, to contemporary wristwatches, jewellery or sports watches, intended for everyday wear or special occasions, Vacheron Constantin’s feminine creations have reflected the evolution of artistic tastes and trends, social mores and customs. This rich heritage continues to be celebrated to this day.

From the first ladies’ pocket watches introduced around the turn of the 18th century, to contemporary wristwatches, jewellery or sports watches, intended for everyday wear or special occasions, Vacheron Constantin’s feminine creations have reflected the evolution of artistic tastes and trends, social mores and customs. This rich heritage continues to be celebrated to this day.
D

elving into Vacheron Constantin’s archives reveals that, at the turn of the 18th century, a number of one-of-a-kind models were specially commissioned by women. At the time, the dignitaries of the European courts wore watches for special events. Often worn on long chatelaine chains, they were conversation pieces, and important status symbols.

The time was ripe for the first complications, such as striking mechanisms. Among the oldest models found in the Maison’s historic collection is a yellow gold watch from 1838 that would have been kept in a dress pocket or worn as a pendant. It features a quarter-repeater complication and offset small seconds on the guilloché dial, engraved with a flower motif. 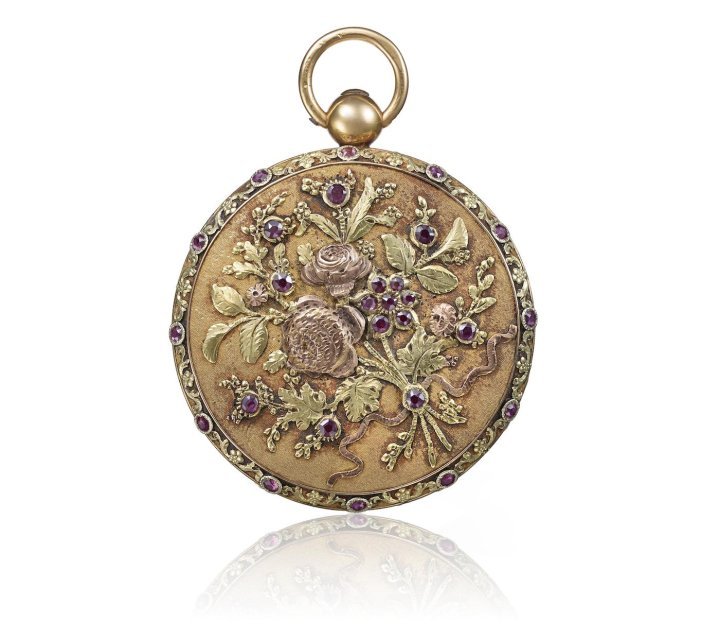 Over time, sleeves became shorter and arms were increasingly left bare, paving the way for the emergence of the very first wristwatches. Some very rare examples of women’s watches fitted with bracelets appeared in the late 19th century. A model dating from 1889 is the oldest known wristwatch in the Maison’s history. 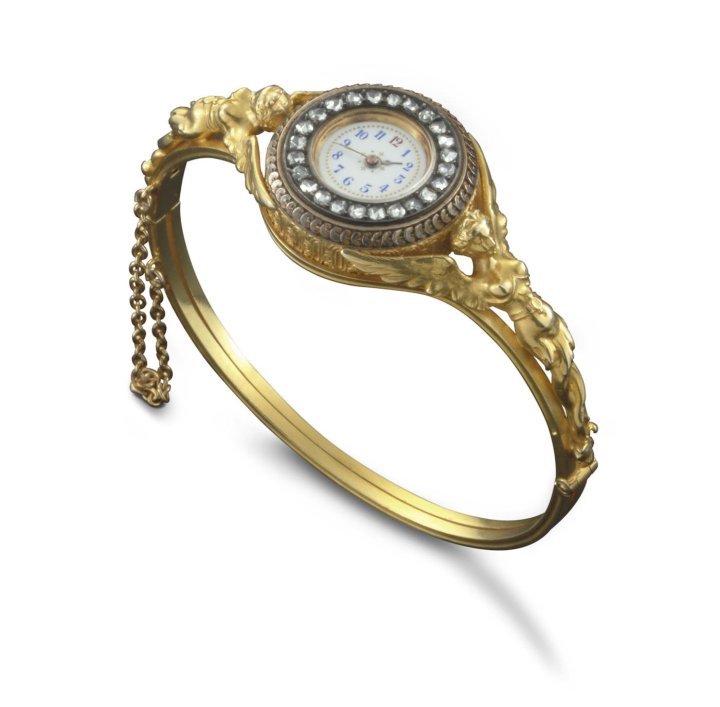 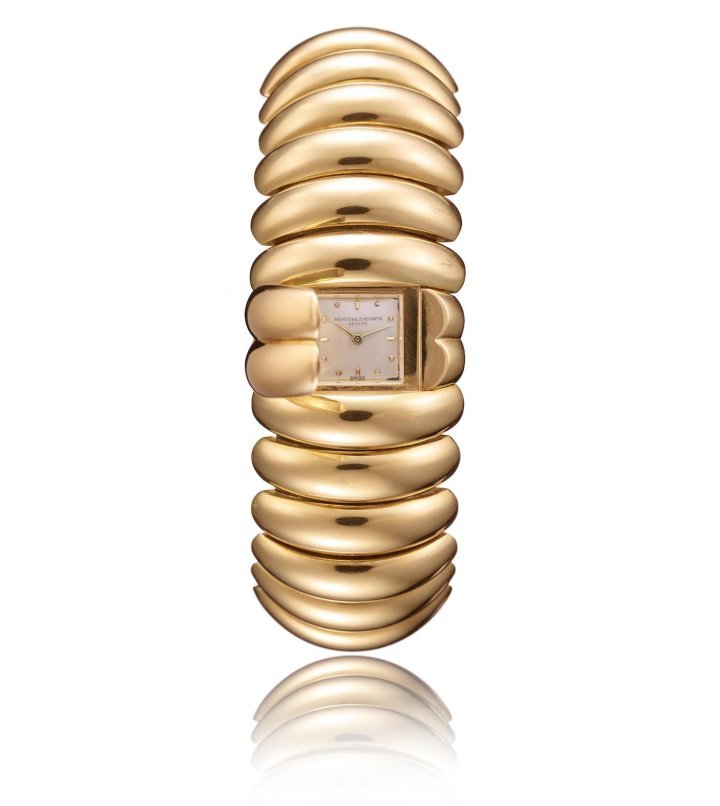 At the end of the 1970s, Vacheron Constantin introduced the incredible Kallista (Greek for “most beautiful”) watch – set with 118 emerald-cut diamonds, each weighing between 1.2 and 4 carats. Over the following decades, Vacheron Constantin developed its flagship collections, such as the Overseas, which quickly added models for both sexes. 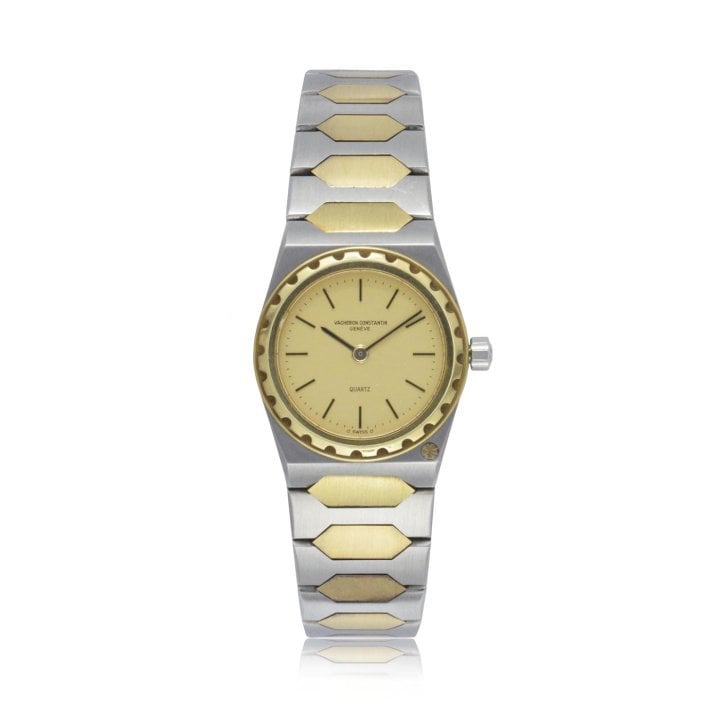 The technical sophistication and aesthetic refinement of the Traditionnelle and Patrimony collections was highlighted with mother-of-pearl and diamonds, paired with hand-wound or self-winding Haute Horlogerie movements, including elegant complications. Inspired by the world of Haute Couture, the Égérie collection launched in 2020 epitomises the new face of watchmaking femininity according to Vacheron Constantin. It captures the spirit of its time – as indeed has each of the Maison’s women’s creations for more than 200 years. 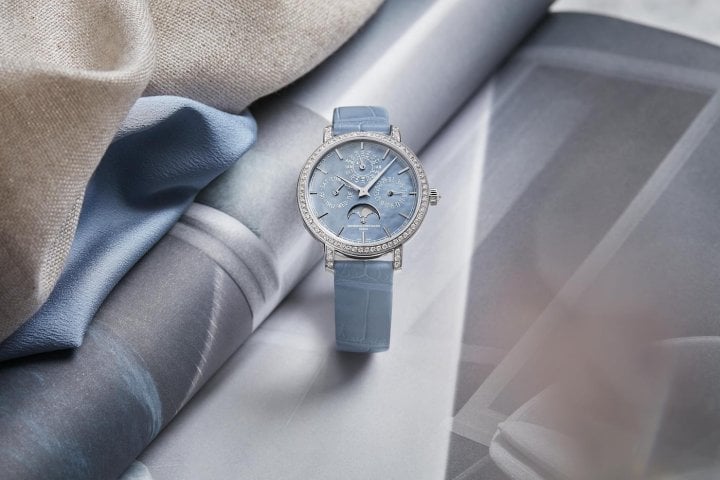 A masterpiece of the Maison, the Traditionnelle perpetual calendar ultra-thin watch introduced this year is offered in two gem-set 36.5 mm versions in white or pink gold. Inspired by Vacheron Constantin models from the first half of the last century, it is equipped with in-house Calibre 1120 QP, which displays the day, date, month and year on a four-year cycle, including a leap-year indication, without any need for correction before 2100, as well as a moon-phase indication at 6 o’clock. Another distinctive feature of the movement is its thinness. With a depth of just 4.05 mm, it is housed in a 8.43 mm-deep case with a diameter of 36.5 mm. It reflects the Maison’s expertise in ultra-thin movements, which has seen several records set since the 1950s. 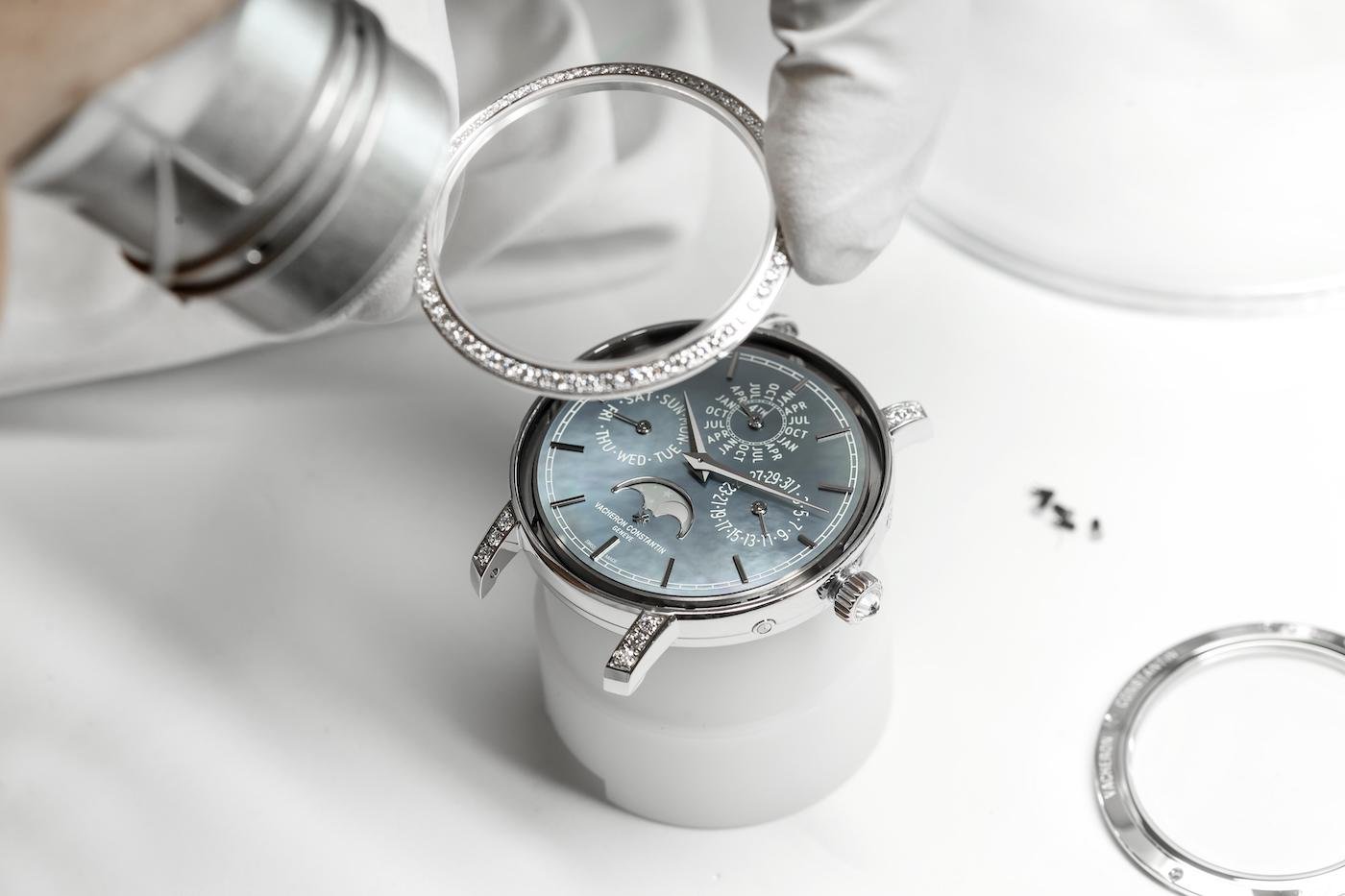