CARL F. BUCHERER - Takes it up a Gear

CARL F. BUCHERER - Takes it up a Gear

With the help of its five collections, all with their own distinct identity, the Swiss brand has grown spectacularly since 2010. And, given the extent of its distribution network, it has no intention of resting on its laurels, but plans to continue on this successful path.

There are very few watchmaking brands today that can look back on a history of more than 125 years of watchmaking and jewellery expertise, and at the same time look forward to a bright future as an independent watch manufacturer. Carl F. Bucherer is one of them, a strong Lucerne-based company in the hands of the family’s third generation, namely Mr. Jörg G. Bucherer.

The traditional Swiss brand produces five clearly delimited lines, all of which take their names from Latin: Patravi (I have achieved), Manero (that which is led by the hand), Adamavi (falling in love), Pathos (dedicated to passion) and Alacria (enthusiasm and zest for life). 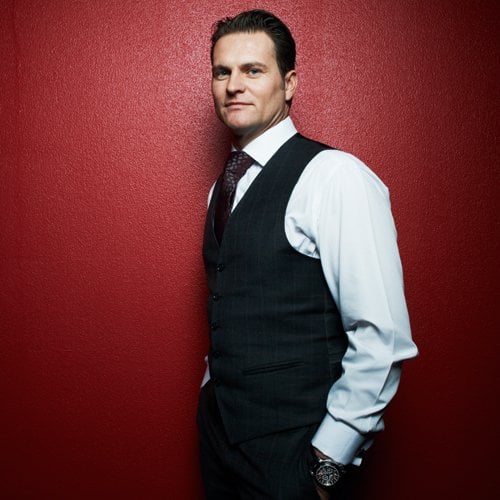 CEO Sascha Moeri blew in like a whirlwind in 2010, and breathed new life into the centenarian firm. In fact, the Bucherer group has been making watches for a very long time. Its first timepieces date back to 1919, when the first Art Déco ladies watch collection was launched. But it was not until the turn of the millennium, in 2001, that the watchmaking division was repositioned under the name of Carl F. Bucherer, a reference of the group’s founder. “When I arrived, Mr. Bucherer gave me two main tasks: to further grow the watchmaking brand, and to improve its profitability,” recalls Sascha Moeri. Although the network of shops remained the group’s primary activity, it was hoping to diversify even more strongly into a second area: watch manufacture. As the old saying goes: don’t put all your eggs in one basket. The expression is particularly relevant in these times of exchange rate fluctuations!

SPECTACULAR GROWTH With his extensive experience in the industry, Sascha Moeri quickly set to work and focused on three elements: giving the collections a clean profile, re-evaluating pricing, and expanding its distribution networks worldwide. The efforts paid off. Between 2009 and 2014 production and sales grew from 6,500 to 20,000 pieces per year. This year, the company intends to increase production even further, by around 5,000 watches.

According to the CEO, the growth spurt is not over, despite a rather sensitive situation in the Swiss watch industry. “We’ve reached a very interesting stage in our development: I’m convinced that we are one of the few brands that have the potential to establish themselves worldwide. Our company has still not reached its limits.” The great strength of Carl F. Bucherer, which already has a presence in 350 points of sale in more than 25 markets across the world, lies in the quality of its distribution networks. In addition to its parent company in Europe, it can count on its own distribution subsidiaries in China, Hong Kong, Taiwan, Japan and the US, as well as on the best and finest distribution and retail partners worldwide. “We have developed a good balance between our distribution partners and our own networks.”

STRONG PORTFOLIO Each of the five collections has its own distinct and individual identity. Recognisable stylistic codes and a clear message speak directly to consumers with a wide variety of profiles. The Patravi models, rather bold and sporty watches with a contemporary flair that make up the majority of sales, are particularly popular in Russia, the United States and the Middle East. The Manero line with its more classic models and in-house movements is on the rise. With a strong following in Asia and Europe, today it accounts for a quarter of sales. The even more understated Adamavi follows closely on its heels. Women, who make up almost half of the brand’s clients, are equally well served. The Alacria and the newly launched Pathos collections draw not only from the brand’s long-established jewellery expertise, but also from its rich experience in material and technical innovation. 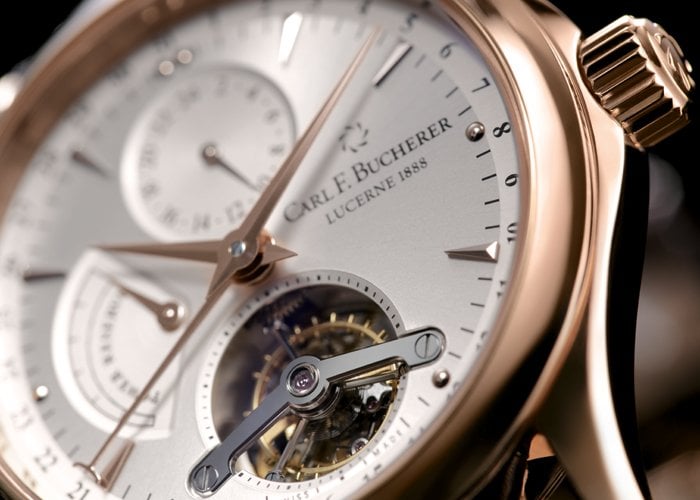 “Over recent years we have focused on the product. It is the basis of our success, the watch is still the hero,” continues Sascha Moeri. Matching this mindset, Carl F. Bucherer has developed its own line of in-house calibres, drawn from its patented calibre CFB A1000. Driven by a peripheral oscillating weight, they equip a number of the firm’s watches. “Today, you can pick up a model with an in-house calibre for as little as 8,000 francs!” In order to continue to offer an entry price of 3,000 francs across an output that is almost exclusively automatic or manual – only the jewellery watch collection Alacria and some Pathos models run on quartz – the brand also sources movements from external suppliers.

Last year the brand launched its first tourbillon in the Manero collection in a limited edition of 188 pieces, a reference to 1888, the year the group was founded. An aperture in the dial at 6 o’clock displays the result. In the centre, a hand indicates the date, whose figures change orientation at 3 and 9 o’clock for instant readability. It is worth noting that this model’s power reserve, also visible on the dial, is a generous 70 hours. Finally, the dial features a 24-hour indicator at 12 o’clock. In an 18-karat rose gold case, this watch comes in at 99,800 francs.

MODELS TO WATCH OUT FOR As 2015 gets under way and Baselworld approaches, there are new watch models to watch out for. First, a new model of the Manero PowerReserve, now available in gold with a black and white dial, will be presented at Baselworld. A hand indicates the power remaining on a semi-circular display at 3 o’clock. In addition to this feature, which gives this model its distinctive character, the watch also has a day aperture at 9 o’clock, large date at 11 o’clock and integrated small seconds at 6 o’clock. 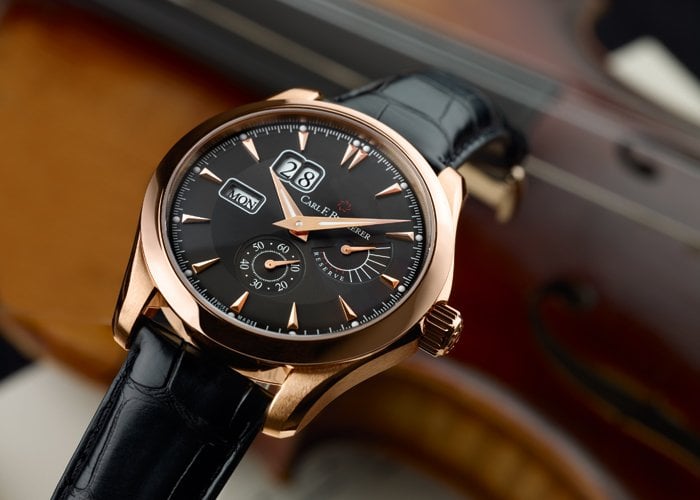 It is worth noting that 70% of the timepiece’s components are manufactured in-house. At its heart beats the manufacture calibre CFB A1011, appearing for the first time in a Manero model. Price: 9,400 francs in steel, 21,500 in gold. As the brand notes, “the functionality and design of the power reserve indication are perfectly combined” in the striking face of the Manero PowerReserve. What more is there to say? It’s clear, clean and effective.

The Patravi ScubaTec dive watch, launched in 2013, is responsible for an important part of the brand’s recent success. This model, which is water resistant to 500 metres, is now available with a case in daring red gold, priced at 23,700 francs. Equipped with a manufacture CFB 1950.1 movement, a chronometer and a 38-hour power reserve, it bears eloquent witness to the brand’s diversity. Also worth keeping an eye on is the Patravi TravelTec and the Pathos collections – some surprising innovations not to be missed!

DEVELOPING MARKETS “Today our five collections are well established,” confirms Sascha Moeri. The next step is now to further push the brand’s global presence. “We are growing rapidly, but reasonably and in proportion to our capacity. With a team of 160 we have already accomplished a lot, yet we still have significant room for growth.”

Who are the brand’s biggest clients? Asian consumers, whether they buy in Asia or elsewhere in the world. “2014 was a good year for us, both in Europe and in the United States,” notes Sascha Moeri. For him, the challenge of the strong franc, which will mean raising prices by an average of 8% across Europe, is not insurmountable. “It will require some rebalancing. However, I am very positive about our brand. If we could have produced 30,000 watches last year, we would have sold them.”

RED CARPET PRESENCE To increase recognition, Carl F. Bucherer can count on a number of watch aficionados such as Arnold Schwarzenegger, Sylvester Stallone, Joe Mantegna and Keanu Reeves. Even though they are not official ambassadors, the celebrities’ loyalty is evidence of their genuine admiration for the brand.

The brand also supported the Swiss Football Association in 2014 with a dedicated model for all members of the team that played in the World Cup in Brazil. It has also entered into partnership with the Swiss luxury ski brand Zai. However, the most important ambassador remains Mr. Jörg G. Bucherer himself, who proudly favours the Manero Tourbillon model. “With his grandfather’s name on the dial, we have a tangible link to tradition and refuse to compromise on quality!”