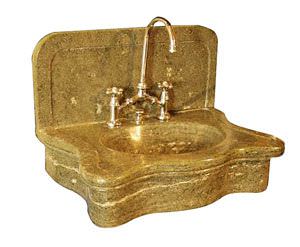 Having spent so much time looking at timepieces for Europa Star in order that people interested in time can save time by reading our timeless articles about the latest means of telling the time, it’s somewhat of a relief to come down south where time seems to be of little consequence. In fact, there are days when getting up in the morning and having a coffee and croissant is the most exciting time you’re going to have all day.
However, after forty-odd years of living in Geneva, I have to admit one gets used to good old Swiss timing. I’m not talking about Longines’ or Omega’s official timekeeping at athletic events but train times and, more relevantly, appointments with repairmen, such as the plumber.
Down here in Menton, with Italy being next door, many of the artisans are Italian and as much as I love the Italians with their flamboyant gestures, pasta, ice cream and Amarone wine, timing is not fundamental to their DNA.
Let me give you an example. We decided to replace the tiny hand basin in the visitor’s loo with one that you could actually wash your hands in without having to take a mop and bucket and wring your socks out afterwards.
So, four months ago, we popped over to Italy and ordered a wonderfully ostentatious red and black washbasin with a matching lavatory seat and cover via our Italian plumber. After numerous calls as to its whereabouts, we learned that it was supposed to be coming from Germany, but the supplier appeared to be ‘schlafen auf der Aufgabe’ or whatever it is Germans do when they aren’t delivering.
Cancelling the order we drove to Nice where there’s a self-service ‘bricolage’ that is so big they provide picnic benches and stay open until ten o’clock in the evening to give you time to find your way out. Within a couple of hours we had chosen a new unit and all the paraphernalia that goes with it and brought them back to the house. Next we ‘phoned Alberto, for that’s our tame plumber’s handle, and asked him when he could come and set it all up since do-it-yourself is as alien to me as sunbathing is to Eskimos.
Now Alberto is of Italian persuasion and from past experience we have learned that we must add anywhere between ten and fifteen days to the day he says he will come before he actually puts in an appearance. But when he does arrive it doesn't mean work will im-mediately begin since inevitably he arrives without his tools to see what has to be done. He then returns to his workshop to collect them which is an exercise that, at worst, is a trip of some forty minutes, but somehow he always manages to get waylaid by a previous client with Mafia connections and has to comply to their demands immediately or risk being emasculated.
When he did return three days later, his estimated work time for our job was about half a day, but to that one must add the other half since there always seems to be a minor complication when he actually begins. Since this job entailed removing the small hand basin and replacing it with another slightly larger one, Alberto brought his sidekick Giovanni with him and whilst he unpacked the new unit and tried to fathom out how it was put together, Alberto began chipping away at the wall beneath the sink in order to get the other basin out and put in larger pipes. Needless to say, neither of them thought about turning the water mains off. So after we had all been severely drowned, the mop and bucket made its appearance yet again and then, unsurprisingly, it was lunchtime. The salami, bread, raw onions and red wine were, naturally, followed by a ‘sonnellino’ under the trees.
By the end of the day, the basin was in place, but the mirror and lighting remained in their boxes. Since then, Alberto and Giovanni seem to have disappeared off the face of the earth or perhaps they’re in a hospital somewhere having their tackle sewn back on after meeting up with some malcontent Mafiosi, but we now have a rather gruesome hole awaiting a ‘muratore’, who, rumour has it, is coming some time to fill it in.
In the meantime, we are slowly accepting that time really is of little consequence down here and we sit on the terrace resignedly, with just a tinge of optimism and a splash of tonic with the gin, staring at the road in the hope that, one day, our plumber will come.