An interesting article that appeared recently in The Economist (“The high-tech world of old-world watches”) offered a different take on the implications of the approaching tidal wave of smart watches. The premise of the article is that there is a great deal more innovation in the art of mechanical watchmaking than in supposedly “smart” watches. According to The Economist, smart watches are no more than a new way of presenting and adapting existing functions and applications in “a mash-up of phone, activity-tracker and music-player.” And despite the fact that almost two million were sold last year, Endeavour Partners in the USA found that one-third of buyers tire of them rapidly, and simply stop wearing them within six months. The Economist takes the contrary view that true innovation is to be found in good old-fashioned mechanical watchmaking, stimulated by the “vast profits still made in and around Switzerland’s ‘watch valley’,” and by the “unexpected uses of untraditional materials, that may in time transform the industry.” 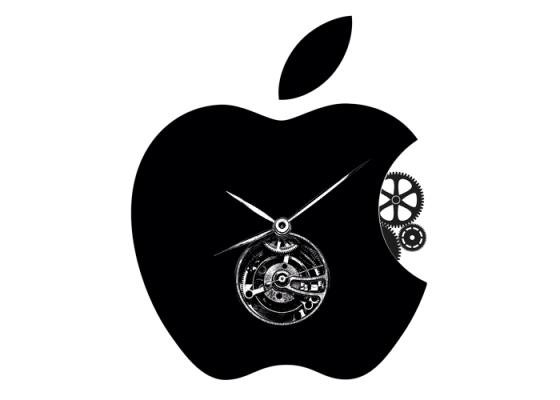 In support of its thesis, The Economist frequently points to Swatch’s Sistem51 as representing a major breakthrough (see our discussion of mechanical simplification in this issue). Above all, however, it enthuses about the revolutionary use of silicon, citing Girard-Perregaux’ constant force escapement as an example. That must all be very reassuring to our watchmakers, surely? Not really. The new Messiah whose coming is most anxiously awaited bears the name of Apple. Will the California-based giant be content only to address the many loyal converts it already has, all those ultra-connected acolytes who will no doubt bow to its greatness and immediately clasp one of its bruited bracelets around their wrists? Or will it also target the disciples of Haute Horlogerie – a wealthier, more cultivated audience who are more sensitive to traditional luxury? Although some watchmakers dismiss out of hand any risk of being swallowed up by the technology monster, and others already fear for their lives, the true outcome will probably lie somewhere between the two. Just as the invention of photography did not kill painting, but transformed it utterly by liberating it from the shackles of realistic reproduction, so the arrival of the smart watch, whatever happens, will undoubtedly transform the art and technique of watchmaking.

One positive from The Economist’s article is that it shows that in the coming hi-tech battle Swiss watchmaking is not without weapons, and possesses the financial, human and technical resources to meet the new challenges. But in order to meet them in the best and smartest way possible, it must avoid seeking refuge in denial, as it did during the famous quartz crisis, which came close to sinking the entire industry. Arrogance is a poor counsellor. Nevertheless, the idea that everyone and everything should be constantly connected (because in addition to smart watches we should expect to see smart refrigerators, smart cars, smart baby’s bottles, etc.) will eventually be undone by its own ubiquity. Not everyone wants to be permanently plugged in, and the number who do is probably diminishing. One of the virtues of traditional watchmaking is the mechanical poetry that connects us not to the internet but to the cosmos, to the mysteries of time and beauty. And therein perhaps lies its greatest strength.