[email protected] - WHAT’S IN A NAME?

“What’s in a name? That which we call a rose. By any other name would smell as sweet.” William Shakespeare, Romeo and Juliet

It all began when Lauren, my youngest daughter, was recently given a puppy. A delightful little chocolate-coloured female Bichon Havanese, so we set about searching for a name in keeping with the puppy’s playful and affectionate nature. It took us a while, but we finally settled on Maya and the puppy bounces around seemingly happy with her name and blissfully oblivious to the fact that in another household she could have been lumbered with anything from Artemisia to Zephyrine via Philomena.

But as Will said, “What’s in a name? …” Would the puppy act differently if she had been given some weird name like the so-called ‘celebrities’ bestow on their offspring? Unless you’re from another planet, you know what I’m talking about, but just in case you don’t spend too much time reading the myriad columns devoted to who does what with which and to whom in the show-biz world, the following are a few examples of the sobriquets that the children of the rich and famous now have to live with: the late Frank Zappa, an American musician whose rock group was called The Mothers of Invention, named his children Dweezil, Moon Unit, Diva Thin Muffin, and Ahmet; Jamie Oliver, the very English television chef, restaurateur and entrepreneur called his children Poppy Honey and Daisy Boo; Jason Lee the American actor called his son Pilot Inspektor, Bob Geldof of The Boomtown Rats and Live Aid fame called one of his daughters Fifi Trixibelle and the late master of the Moonwalk, Michael Jackson, named one of his children Blanket! 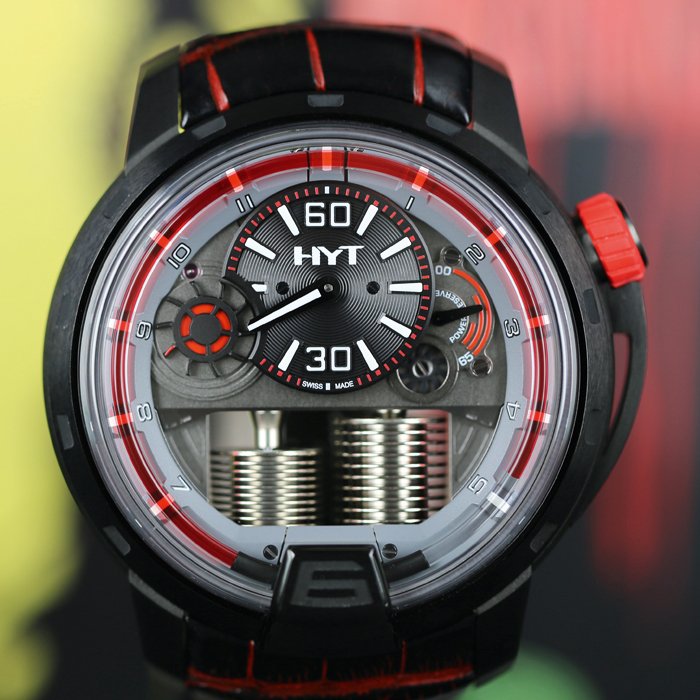 Which brings me to watches. To paraphrase Will, ‘That which we call a Rolex, By any other name would sell as well …’ Oh yes? How about Canteen Zulu by Vestal watches – a virginal best seller if ever there was one, or Last Laugh Tattoo Mechanical Automatic by Mr. Jones? Think I’m joking? Try this for size then: Jump Hour Daddy Blue & Tan Dual Time Zone by Diesel or even M-Theory Time & Space Zero Gravity watch – Moonlight (an interesting timepiece by the way) or Zub Zayu Zirc Midnight Blue by Nooka? The names don’t exactly roll off the tongue in the manner of Rolex, Cartier, Omega or even Jaeger-LeCoultre do they? The problem is that some names are too long, too complicated or too over the top to easily recall, so that when you go into your favourite retailer you’re likely to be tongue-tied, much like the time I purchased some fake vampire fangs to scare my kids one Halloween. I put them in my mouth and in a deep baritone voice tried to scare them by saying ‘Death to you foolish mortals’. It didn’t work, they fell to the floor laughing when it sounded like ‘Depfth Yooo thoothlth morthaliths.’

As if by some pre-ordained miracle, I received an e-mail from HYT a few weeks ago introducing me to their latest model, the H1 Dracula DLC. Being me, I immediately visualized a couple of pointed fangs, gently dripping with blood with two tiny marks on the neck of a beautiful maiden, who is, of course, now transformed into a vampire. But the Dracula DLC model, seen here with a red liquid cursing through its veins, resembles more a renal dialysis machine than the result of a vampiric nibble.

Which, not surprisingly, reminds me of a story about two nuns who were travelling by car across the wild, desolate, snow-bound roads of Transylvania when all of a sudden a vampire leaps in front the car. The nun slams on the brakes and the vampire, with its bloodshot eyes bulging, its claw-like hands and long pointed fingernails menacingly close to the windscreen and it’s lips curled up around two long pointed fangs glares into the car. The nun who was driving panicked and screams at the other nun, “What should we do?” The other nun shrieks, “Show him your cross.” At which point the nun winds down the window, puts her head outside and screams, “Get out the way, you stupid, moronic blood-sucking idiot!” Well, you’ve got to laugh haven’t you.