Starting with the good news, Vacheron Constantin announced with great pomp and ceremony the launch of its Reference 57260, presented as the most complicated watch ever made, while rival Patek Philippe laid the first stone of a new building that will extend its current manufacture, representing an investment of 500 million Swiss francs, “entirely self-financed”.

And for the bad news, Parmigiani announced that one-third of its staff would be made redundant: 30 out of 100. Officially, the culprit is “the strong franc and the slump in the Russian, Chinese and Middle-Eastern markets”. However, Jean-Marc Jacot, the now former director of Parmigiani and its watchmaking division, also points to “the difficulty of coexisting with the major groups, who are using very aggressive tactics to strangle the other brands.”

More than ever before, Swiss watchmaking seems to be split along the two edges of a widening crack that threatens to become an abyss. On one rim are the major established powers; on the other the milling multitudes of wannabes and subcontractors. But wherever there is a yawning chasm, there are danger signs. As we have said before in this column, the good health of an industry, whatever it might be, is a direct consequence of the breadth of its offering. In order to ensure its long-term survival, Swiss watchmaking must be capable of producing the widest possible range of products, from the simplest and most affordable to the most complex and costly (like Hollywood and the American film industry, which produces B-movies as well as masterpieces: without the B-movies, the masterpieces would not exist). 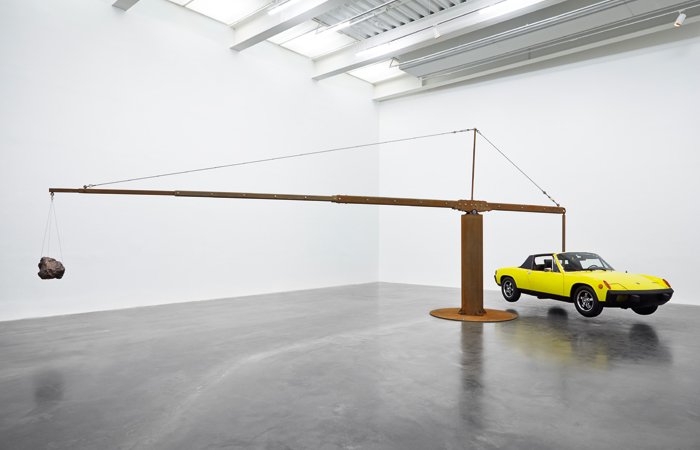 Having said that, Parmigiani’s woes are also the symptom and inevitable consequence of a headlong rush forward that has touched everyone to a greater or lesser extent: a rush to upsell at any price, a wholesale and senseless stampede to make top-of-the-range ever higher, the result of which is countless drawers around the world stuffed with watches worth tens of thousands of francs (an enormous, unthinkable sum for the vast majority of inhabitants of our planet – among whom the present author humbly includes himself). Clearly, if you can afford to spend such sums, you might as well have the reassurance of going with what seems to be the most well-established, the most timeless and the most traditional.

The rude health of Patek Philippe , which can afford to invest 500 million francs of its own money to “ensure its growth over the next 20 or 30 years” is the fruit of a slow and steady rise to power which is worlds away from the frenetic impatience of luxury start-ups and upstarts. Similarly, the ability to produce a watch with 57 complications like Vacheron Constantin’s Reference 57260 is, as its name implies, the culmination of 260 years of patient watchmaking. In such circumstances it is difficult to compete. Know-how cannot be improvised, it is built up and passed on, and that is something that many seem to have forgotten. If the hundreds of millions invested by Patek Philippe bear witness to a healthy confidence in its future, Vacheron Constantin’s 57 complications are also an encouraging sign that should reassure all devotees of mechanical watchmaking. No, we have not heard the last of mechanical watchmaking; it still has a thousand and one things to say – things that all the smartwatches in the world lack the grace and poetry even to attempt. So, there’s hope. But is there hope for everyone? Yes, if we can bridge the chasm.