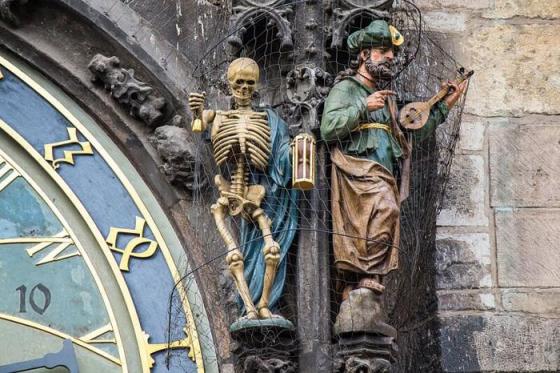 And these are just the top six markets. What is even more worrying: this time it’s the top-drawer companies that are taking the hit. “Watches in precious metals were the most strongly affected in April and clearly exerted a downward pull on the overall result,” announced the Fédération Horlogère FH in a press release, noting that the decline in sales of steel watches, “while considerable, was half as significant.”

Swiss watchmakers, who have withdrawn in droves to their gilded towers, assuming they are sufficiently insulated from the carnage being dealt out down below, are seeing their model of absolute exclusivity, reserved for the infamous 1% of the world’s richest, dangerously undermined.

Whose fault is it? Please, don’t try to pin it on smartwatches. That would be far too convenient. The rise to prominence of these “watches”, which are not really watches at all (or only very marginally), has simply coincided with a situation that would in all likelihood have happened anyway. No, what we are witnessing is a turning point for society, a pivotal moment that the majority of Swiss watchmakers, with very few exceptions, were unable, or unwilling, to even countenance. We’ve said it a thousand times: you neglect accessible watches, and retreat to the inaccessible, at your peril.

The mad rush to exclusionary heights of extravagance has almost played out, and the consequences are painful to contemplate. At the risk of repeating ourselves, we’ll say once again that the watchmaking industry is a mirror of the society that imagined, designed and built it. And the signs are all there for anyone who cares to read them: the dominant model, based as it is upon increasingly blatant inequality, is close to becoming intolerable. This growing inequality is reflected perfectly by the Swiss watch industry, which produces a little over 2% of all watches sold worldwide (in 2015, 28 million out of 1.2 billion), but pockets 50% of the revenues. And that is quite obviously unbalanced, however you choose to look at it. As excess has been piled upon excess, the image of the Swiss watch has also been seriously tarnished. As its most extravagant creations were spotted on the wrists of Mexican drug lords, corrupt Chinese functionaries, louche Russian oligarchs, narcissistic rappers and vapid celebrities, the Swiss watch industry has seen its global image become tainted, suspect.

In parallel, we have seen a gradual rise to prominence of the more punctilious German watch industry, which resisted the siren song of bling and is now doing very well, thank you. The same could be said of Japan, whose watchmaking skills are increasingly well-regarded and recognised.* Because despite everything, watchmaking is not dead. Far from it. You only have to look at the astonishing number of watchmaking startups – in both the smartwatch and traditional watch segments – who have launched successful crowdfunding campaigns. Or look at the runaway success of the new entry-level giants offering a classic, conservative aesthetic. Or even the huge vintage watch revival, which demonstrates the appeal, even to younger generations, of conservative, discreet, classically elegant mechanical watchmaking with a rich history.

No, watchmaking is not dead. Far from it. But its economic model is changing. And we’ve heard the death knell of a certain brand of arrogance, of which the public has had its fill. We’ll be revisiting all these topics in the June-July issue of Europa Star (See Contents page). We hope you enjoy them. Oh, and... long live watchmaking.

*At the time of going to press we learned that Frédérique Constant had been bought by Citizen. When we interviewed the company’s founder and CEO Peter Stas for this issue, we asked him about his price offensive, illustrated by the launch of a Perpetual Calendar for less than 8,000 euros. He didn’t say anything about the buyout, which was clearly already in the works, but the sale does lend support to our hypothesis that Japanese watchmakers have got it right where it comes to the importance of moderation in both pricing and aesthetics.