Tack and Gybe with TNG watches


TNG stands for ‘Tack and Gybe’, the two main and critical sailing manoeuvres that often make the difference between winning and losing a regatta.With its latest collection of watches, TNG appear to be on a winning streak.

Tack and Gybe with TNG watches 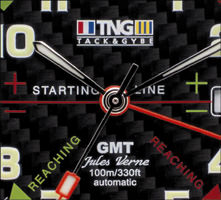 TNG stands for ‘Tack and Gybe’, the two main and critical sailing manoeuvres that often make the difference between winning and losing a regatta.With its latest collection of watches, TNG appear to be on a winning streak.

In 1998, the Tornado, TNGâ€™s first Sail Racing Watch was launched after Herbert Dercksen, an inveterate professional sailor with several World, European and National titles to his name, teamed up with Frans Dingeris, a sales and marketing specialist, both of whom are from the Netherlands.
Dercksen had one thing in mind: to create a Swiss made precision regatta watch, specifically designed to comply with both the Olympic racing rules of sailing and the International Sailing Federation (ISAF) starting procedures. In collaboration with Peter Stas, the owner and Managing Director of FrÃ©dÃ©rique Constant, who is, as it happens, Herbert Dercksenâ€™s cousin, the Tornado watch saw the light of day and met with an instant success. 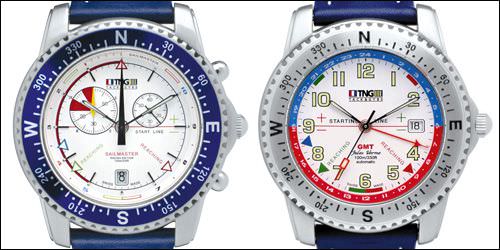 
Design and functionality
In compliance with the ISAF starting procedures, TNGâ€™s regatta watches have a countdown function with both a visual and acoustic signal, making these intricate timekeepers one of the leading regatta watches in the world.
The TNG collection comprises four lines, Baltic Cup, Matchracer, Racemaster and Tornado, which are available in various colours and configurations. The Tornado, has seen further development since its introduction and is now available as a fully automatic Tornado Mark 2 and Sailmaster, which has an ISA quartz movement. There are also GMT models, Jules Verne and Oceanracer, which as Dercksen explains â€œare aimed at a wider sports-oriented target group.â€
The models officially launched at this yearâ€™s BaselWorld were the Racemaster Diamond and Racemaster Diamond Lady with ETA quartz movements, Racemaster MOP (Mother-of-pearl) ladies and menâ€™s models, Baltic Cup Lady, GMT Jules Verne XL and Oceanracer XL, both with ETA automatic movements, Sailmaster XL with an ISA quartz movement and the Tornado Mark 2 with a specially developed automatic calibre (regatta watch).
TNG watches have already enjoyed success in Australia, Germany, Portugal, England, the Netherlands, Scandinavia and the USA, where the watches can be found in more than 120 sales outlets.
For the fifth year running, TNG is the Official Timekeeper of the Round Texel, the largest catamaran regatta in the world. Herbert Dercksen, partnered by Mitch Booth, are currently preparing for the 2004 Olympic Games in Athens in the Tornado Class. 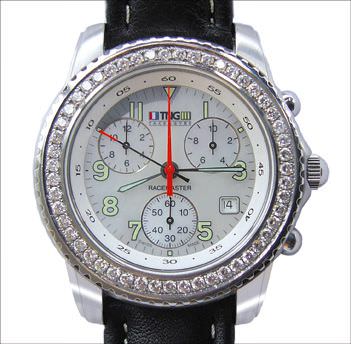