The exemplary establishment of Hermès in Japan


The exemplary establishment of Hermès in Japan 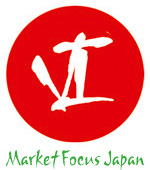 The relationship between Hermès and Japan goes back a long way. Already in 1911, the Prince Kan-In, Comman-der in Chief of the Japanese cavalry, requested the Parisian company to make specially designed and elegant harnesses. Orders from the Japanese Imperial House for other saddlery then followed on a regular basis. 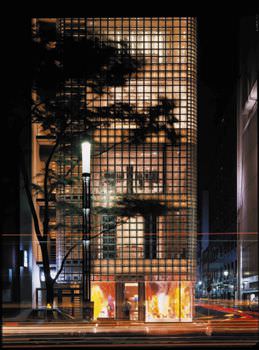 It was only in 1961, that Hermès products were offered directly to the Japanese public. Beginning in 1964, Hermès was represented in Japan by the Seibu group, first in Tokyo, then in Osaka, followed by the other principal urban centres in the archipelago. The appreciation for the brand’s products in Japan grew and, in 1978, three stores were opened in the country, followed a year later by a store with an attached atelier in the heart of Tokyo.
Hermès diversified its activities and deepened its presence in Japanese culture and society, which is avid for artisanal values. In 1983, the company launched the annual ‘Hermès Week in Japan’, supporting cultural events and numerous exhibitions, that would grow to become a veritable ‘dialogue’ between the French company and Japan. During this time, Hermès opened its first directly managed stores in the Land of the Rising Sun, culminating in 2001 with the creation of Hermès Japan, which is in charge of distribution, and with the inauguration of the superb ‘Maison Hermès’ designed by the noted Italian architect Renzo Piano. Made of iridescent glass tiles, this transparent edifice is open and airy. It is not simply a headquarters, but serves as a place of passage that encompasses workshops and, on its upper floors, a number of cultural activities including a small theatre.
“Many of the cardinal values of Hermès are similar to those in Japan,” explains Emmanuel Raffner, the new Vice-Director of ‘La Montre Hermès’, “to the point that we can speak of a true Hermès ‘magic’ in the country. This ‘magic’ resides essentially in the notion of craftsmanship and specialized skills encompassing noble materials, the importance of hand work and savoir-faire, and traditional methods and techniques. These correspond to the well known passion that the Japanese feel for their own artisans. The first strides of Hermès in Japan coincided with the end of the Meiji epoch that proved fatal to many Japanese crafts. With Hermès, they are again finding these values that were threatened.”
Another explanation for the success of Hermès in Japan (without even mentioning the deep personal attraction that the brilliant boss of Hermès, Jean-Louis Dumas, feels for the country) is found in the values of continuity and loyalty. “A major part of our sales is through the institution of the Gaishos,” adds Raffner. “These salespeople are often employed by large department stores, and they go to their clients’ homes to present the products. There is an exceptional sense of loyalty between the Gaisho and the client. In Japan, one never abandons a partner.”
This in-depth understanding of the Japanese market is key to Hermès’ performance in the country. For the first quarter of 2004, the brand’s total global sales were 314.5 million euros. Japan alone accounted for nearly a third, or 94.5 million euros for the same period, an increase of 16.5% in relation to the first quarter of the preceding year. (Compare this to the average total global increase in sales of 14.4%.)
As far as Hermès watches go, the first quarter of 2004 registered sales of 21.5 million euros, an increase of 24.3% for a sector that is still far behind the handbag and luggage division, which enjoyed sales of 120 million euros for the same period.
The strong presence of Hermès in Japan has allowed it to remain somewhat immune to the consumer cycles that have marked the country’s recent history. As one illustration, sales of total luxury products decreased by 80% between their peak in 1996 to 2002, yet Hermès was able to increase its sales regularly during this same time frame.
The core of the French brand’s watch offer
is clearly positioned lower than its other domains, as for example, its leather goods. Currently, this offer
is represented by a ladies’ quartz watch with a steel case mounted on a leather or metal bracelet. However, there is a definite shift upmarket that is being seen, as the brand moves into gold and simple jewellery watches, as well as into the masculine timepiece segment.
Hermès, like it does in all its other domains, wants to master the production processes in its watchmaking endeavours, and is advancing in this direction step by step. Various new models represent this move up in range and its gradual ‘masculinization’ both in Japan and elsewhere. In the area of men’s watches, the recent ‘Dressage’ line incorporates mechanical movements and will soon offer complications. The first step in this direction is a limited series in rose gold watches equipped with a retrograde date calibre developed by the new manufacturer Vaucher. This is only one example of a patient and long-term strategy that, combined with the strength of its presence in Japan, will allow Hermès to respond to the desire of Japanese consumers for complicated timekeeping.
It seems that the Hermès adventure in Japan, exemplary in many respects, is certainly gaining steam and will continue for many years to come.