Swiss watches in the Chinese mirror

Swiss watches in the Chinese mirror

We are not the ones saying this—these words are coming from a sales representative of King Fook, one of the largest retailers in Hong Kong, as told to our special envoy to Hong Kong, Keith Strandberg (see our Retailer Profile later in the issue).

We can certainly be happy about these numbers, but this increased dependence is not only reflected on a quantitative level. Knowing that the Chinese consumer generally has very classic tastes, style and design are also being affected. As Olivier Bernheim, CEO of Raymond Weil, reminds us, “Chinese consumers are looking for classic styling since, for most of them, it is their first watch.” (Regarding Raymond Weil, see the article in this issue, Raymond Weil, maestro of independence.) The famous refrain “back to basics,” while it was favoured during the crisis of 2008, has been taken to heart by all the watch brands that are actively looking towards the Chinese market.

Today, we can thus affirm that the tastes of the Chinese consumer largely and directly influence Swiss watch production. And, beyond this, the Chinese also have a great influence on the strategic element that is the mechanical movement. In Hong Kong recently, Keith Strandberg tried to see a bit more clearly through the general fog that clouds the market for mechanical movements: the comings and goings between Switzerland and China, exports and re-exports, gaping holes in the term Swiss Made, accusations and counter accusations between the giant ETA and Sellita, etc. (Read our Editorial)

Meanwhile, Chinese manufacturers are gradually advancing their pawns, producing mechanical movements by the millions, whose quality and sophistication continue to improve. Of course, these movements are not as reliable as the ETA “tractors”—or their clones—but it behoves the industry to heed the proverb “never say never”. A slowdown in Chinese consumption coupled with an improved offer of good Chinese mechanical movements may initiate a paradigm shift whose effects would be difficult to control by the Swiss watch industry. On the other hand, there is a major obstacle that Chinese watchmakers have to overcome and that is the powerful identity that Swiss brands have, an identity that provides them with a considerable advantage. Yet, perhaps one day, the origin of what is under the hood, the origin of the motor, won’t be so important. Who knows? 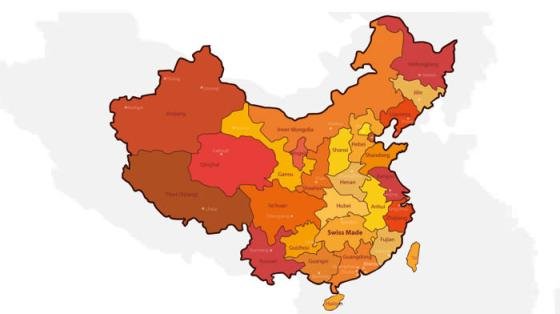