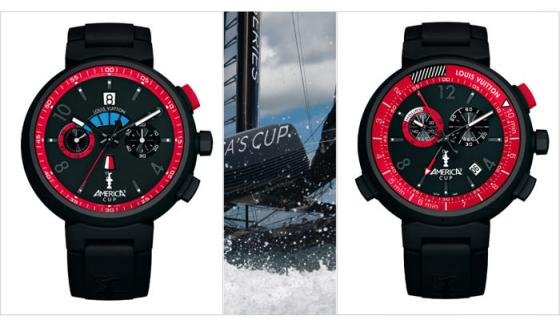 Although a quartz version of this model is available, such calibres could soon become a thing of the past at the brand, as Hamdi Chatti, Vice-President of Louis Vuitton Watches and Jewellery, admitted to Europa Star, “Our strategy is to move towards mechanical watches and mechanical functionality. Having said that, we have a lot of customers who ask for quartz but this number is decreasing so in a couple of years from now I think we will move to 100 per cent mechanical.”

Like all Louis Vuitton timepieces, the new models will be sold exclusively through the Louis Vuitton worldwide distribution network. “We have 460 stores worldwide,” says Chatti, “and we have watches present in 220 of these, which is just under 50 per cent of the network.”

The models will be available from early this year and the America’s Cup will be taking place in San Francisco in 2013. In the meantime, Hamdi Chatti promises further innovations in terms of function and spirit in Louis Vuitton timepieces for BaselWorld 2012 while maintaining the iconic Tambour case.