The young Valérien Jaquet is hungry, very hungry indeed. Undoubtedly, his hunger has something to do with the problems of his father, Jean-Pierre Jaquet, who is still embroiled in a legal battle that forced him to sell his flourishing enterprise in 2003. (The company has since been renamed La Joux-Perret and was recently acquired by Citizen. See our article in this issue.) Little by little, since 2006, and the foundation of Concepto, the son seems to be reconstructing, step by step, all that his father lost. He is even going farther than did the elder Jaquet, since, with his new company Optimo, Valérien Jaquet now claims to offer “a genuine new alternative in the industrial production of watch assortments”.

In the greatest secrecyCreated in the greatest secrecy following long deliberations started already 15 years ago by his father, then taken over by his son three or four years ago, Optimo has announced that it will be able to produce over time—in other words, between now and 2015—300,000 to 400,000 complete assortments—sprung-balance, paletts, escape-wheel. For the moment, Optimo intends to produce 50,000 this year and 200,000 starting in 2013.Employing some fifteen people working behind opaque windows and a secure door, the laboratories occupy a vast corner of the building that houses various companies belonging to the Concepto group (see sidebar). Here, Optimo masters the entire process for the mass production of assortments, from casting the alloy used for the balance spring right up to truing the escape-wheel. Four patents are pending, covering the composition of the alloy, the balancing and adjustment of a three-nosed collet (compared to the traditional four-nosed collet), the specific thermal treatment of the terminal curve of the balance spring and a new form of packaging with the pallet fork and escape-wheel placed in the same case. The work has been conducted with the highest level of secrecy. Some machines were deliberately ordered with the wrong parameters, for a non-existent part, which the collaborators at Optimo then adjusted, again in secret, in their workshop.

New alloyFor the balance spring, a new alloy, Optimox, was thus produced. Its exact composition is, of course, secret but, according to Valérien Jaquet, “it has been created according to production criteria that we have developed in parallel”. The batches of alloy are small, between three and four kilos. They are stretched into bars measuring 14mm to 16mm in diameter, which are subsequently reduced to 1mm in diameter before being drawn down to 7/100ths. All these operations, as well as the following, are carried out in-house. After the drawing operation comes the rolling that changes the metal’s cross-section from round to rectangular, to the nearest tenth of a micron. The winding operation then allows for the strands to be cut and placed in the drum, four balance springs at a time. Following this are various thermal operations, the shaping of the balance spring after removal from the drum, and the cut-out for accepting the small laser-soldered collet. Attached to the collet, the balance spring’s superfluous external coils are then cut and flattened. Each balance spring is then classified into one of 20 classes according to its exact cut, which allows it to be matched to a balance of the same class. In parallel, the roller is formed on a CNC automatic lathe and fitted with jewels. (“The only component produced outside the laboratory,” says Valérien Jaquet.) As for the production of the balance, the process is also a closely-guarded secret. We are told, however, that it is “modern”, which does not necessarily mean that it is made of silicon. Another jealously kept secret is the way the guard pin is fixed to the pallet fork, which has been cut out by progressive stamping.The steps in the assembly of the balance and the roller, the balancing of the mounted balance and its classification (its frequency is tested to determine the exact inertia), followed by the assembly of the balance spring and the mounted balance before a final check according to COSC standards, are also conducted in the same secure location.

A nine million Swiss franc investment“The coming months that will see an increase in our production are crucial for us,” insists Valérien Jaquet, who confides that they have invested nearly CHF 9 million in this adventure. The sum comes both “from the family and from two different banks,” he adds. Five brands are already interested in the Optimo assortments, for which two types of configuration have been selected and tooled first—the most important quantitatively speaking, “like some ETA-compatible configurations”. Optimo also serves as an alternative from the standpoint of prices, which are “in the norm”, that is to say between CHF 40 and CHF 80 depending on the assortment.If the demand proves to be high enough in the years to come, an increase in production to 400,000 assortments would be feasible, “because the production processes that we have developed are designed for mass production. But we would need to hire and train 50 people,” explains Valérien Jaquet. So this is still a long way off.For now, these new assortments will soon gradually equip the 30,000 to 40,000 in-house movements produced annually by Concepto (for its 40 brand clients), which were until today fitted with Nivarox-FAR assortments.

Here are the links to the other articles in our “mechanical alternatives” dossier:Introduction - alternative solutionsTechnotime: double barrels, tourbillons and balance springsCitizen acquires Manufacture La Joux-PerretCentagora, a new type of watchmaking coachThe universal additional plate from AJS 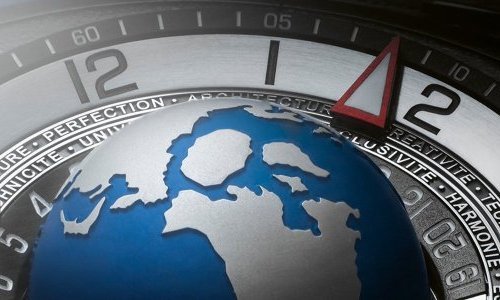