ESCAPEMENTS - AUDEMARS PIGUET - The best of both worlds


ESCAPEMENTS - AUDEMARS PIGUET - The best of both worlds

Audemars Piguet took inspiration from a 200 year-old design to combine the advantages of the Swiss lever and detent escapements for ultimate precision.

Almost at the same time as Omega introduced its co-axial escapement, Audemars Piguet was perfecting its own new type of escapement. It was based on a design first produced by Robert Robin in 1791 that aimed, just like the Daniels co-axial escapement but two centuries before it, to combine the benefits of the Swiss lever escapement and the detent escapement. Unfortunately, despite its advantages, the design shared the same inherent weakness of the detent escapement in that it was extremely sensitive to shocks. Of little use in a mechanical watch, the system was therefore quietly forgotten…

Until the dawn of the second millennium, when Audemars Piguet was attracted by the advantages of this design when it was looking to develop a new escapement. Giulio Papi, of Audemars Piguet Renaud & Papi, thus took up this two-century-old problem and looked for a solution to bring shock resistance to the escapement that would allow him to exploit the system of direct impulsion offered by Robin’s design. 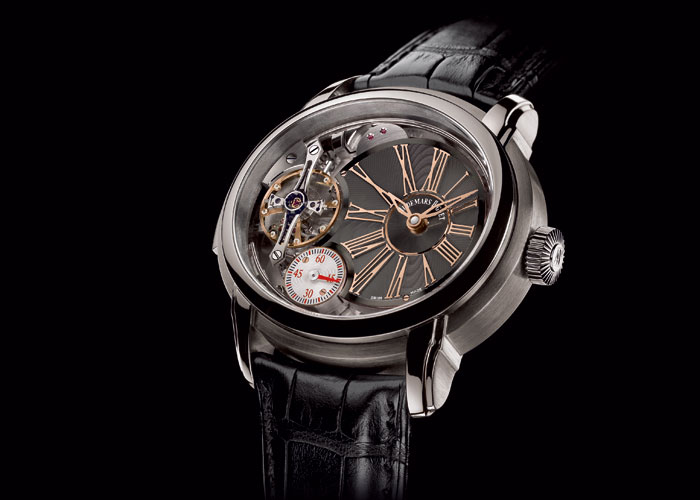 Papi’s solution was simple in its execution and elegant in its design, taking the form of a so-called “safety finger” – an elaborated form of dart or guard pin that prevents accidental movements of the fork. Guard pins are nothing new to horology, but their usual upright configuration on a lever escapement could lead to the guard pin getting bent, which in turn leads to the dreaded “overbanking” (the irregular movement of the pallet fork between the two banking pins). In the Audemars Piguet design, a straight safety finger protrudes beneath the fork and, in combination with a safety cylinder mounted on the balance staff, maintains the lever in place while the escape wheel is locked.

The resulting configuration cuts the loss of energy to the escapement from 65 per cent for the Swiss lever escapement to only 48 per cent for the AP escapement, with further efficiency gains coming from the fact that there is only one direct impulse to the balance for every two vibrations. The geometry of the Audemars Piguet escapement decreases the length of slide on the lifts of the pallets from around 0.4mm to 0.05mm, which considerably reduces friction and therefore eliminates the need for lubrication. 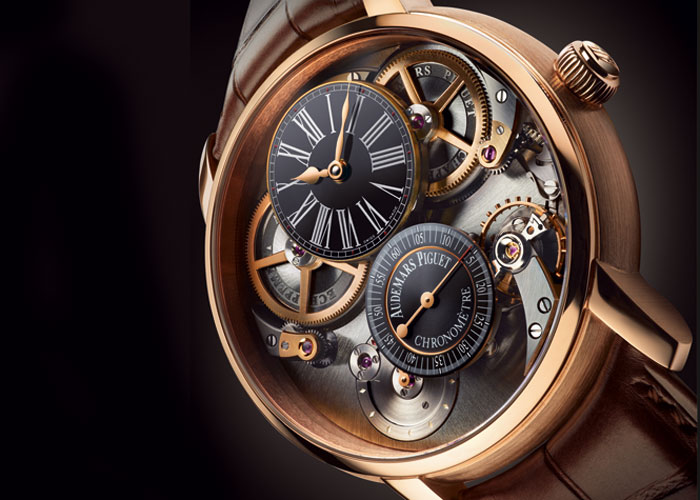 Audemars Piguet also increased the frequency of the movement to 43,200 vibrations per hour (6Hz) to offer even greater precision. Power from two barrels is fed through the escapement to the balance, which is equipped with not one but two hairsprings, arranged on top of each other but offset at 180° to better compensate for possible defects in the equilibrium of the balance. The Audemars Piguet escapement has been most recently employed in the 26153 references with a smaller balance and a frequency of 6Hz, while a “standard” frequency (3Hz) version is used in the Millenary 26371TI with a larger balance wheel. 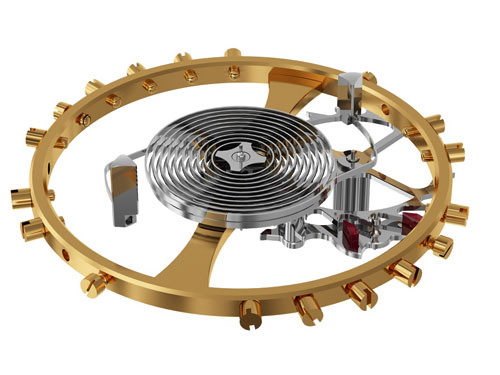 Over the escapement’s seven-year lifespan to date, constant improvements have been made to the design, in particular the shape of the lever and the shock-protection system. The results speak for themselves: Audemars Piguet boasts an average variation in rate of -2/+2 seconds per day for the 3Hz calibre, compared with -2/+4 for a tourbillon, and an astonishing average variation of only +/- 0.3 seconds per day for the 6Hz version!