An interview with Julien Marchenoir, the Marketing and Communication Director of Vacheron Constantin, by Pierre Maillard.

Europa Star: We see more and more high-end brands turning towards artistic crafts. How do you explain this phenomenon? Julien Marchenoir: What attracts the brands so strongly to the artistic crafts is linked to the return to the values of longevity and expertise that we have seen over the past few years. By using the decorative artistic crafts we address the notion of longevity. Artistic crafts have also become a marketing tool that allows a brand to attain a certain degree of nobility. 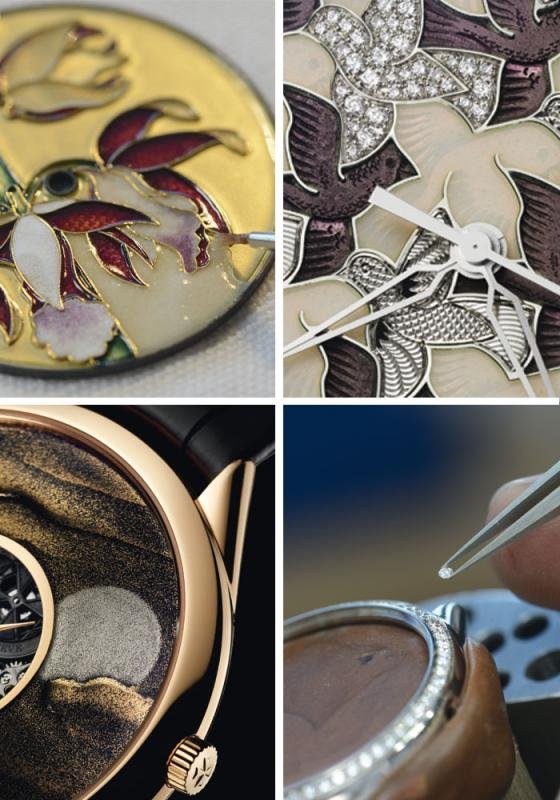 At the risk of trivialisation? JM: This is a risk, of course, since those who do not have the right knowledge cannot differentiate the genuine from the approximation. It is therefore up to us to inform and educate our customers. For example, doing a miniature painting on an enamelled base is not the same thing as doing a genuine enamel painting, which requires a specific firing for each colour used and is the only technique that allows for real longevity.

It also seems paradoxical that we are talking so much about the artistic crafts when so many of them are under threat of extinction… JM: One of the problems with the artistic crafts is that they are not well known among the general public. Training programmes for them have also gradually disappeared and there are now a lot of “orphan” crafts for which there are no longer teaching classes available. In some cases there is still a master craftsman in the discipline, but he doesn’t necessarily have the time or the inclination to pass on his special skills. Or, if he is disposed to passing on his “secrets” then it will only be to one or two people already involved in the same discipline. In order to revive certain crafts, we need to be able to demonstrate that they are not dull, that they have a future and that they are relevant to our time.

“In order to revive certain crafts, we need to be able to demonstrate that they are relevant to our time.”

That is quite an ambitious programme! JM: In order to achieve our objectives we need to go beyond the product alone and offer an overall presentation of the artistic crafts. This is why we both take part in and actively support the European Artistic Crafts Days that take place in ten different countries. Franco Cologni is taking a similar approach in Italy with his Fondazione dei Mestieri d’Arte, which aims to revive traditional crafts among young people. Another example of this necessary rejuvenation is the project that we did with the Italian artist and designer Alessandro Mendini, an exhibition about time that comprises thirteen works conceived by Mendini but produced by craftsmen, in thirteen different materials. It was one way of showing that the artistic crafts can still have a fundamental role in our society by making them part of the dialogue in contemporary creation. But in addition to this type of project we also need to re-establish training courses. 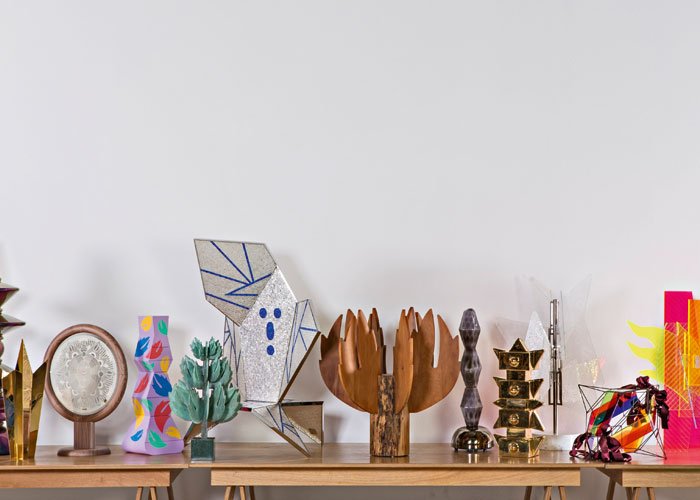 But which customers are interested in these very specialised products? JM: Some people are interested above all in a particular craft. They often have a very good knowledge of it and examine everything with the eye glass. Others have a more aesthetic approach and like the fact that a watch, beyond its purely technical aspect, becomes a work of art as well. There are also systematic collectors who buy all the pieces in a collection. Some of these collectors are less purist and came to watchmaking through its artistic aspects. They are often art collectors as well. 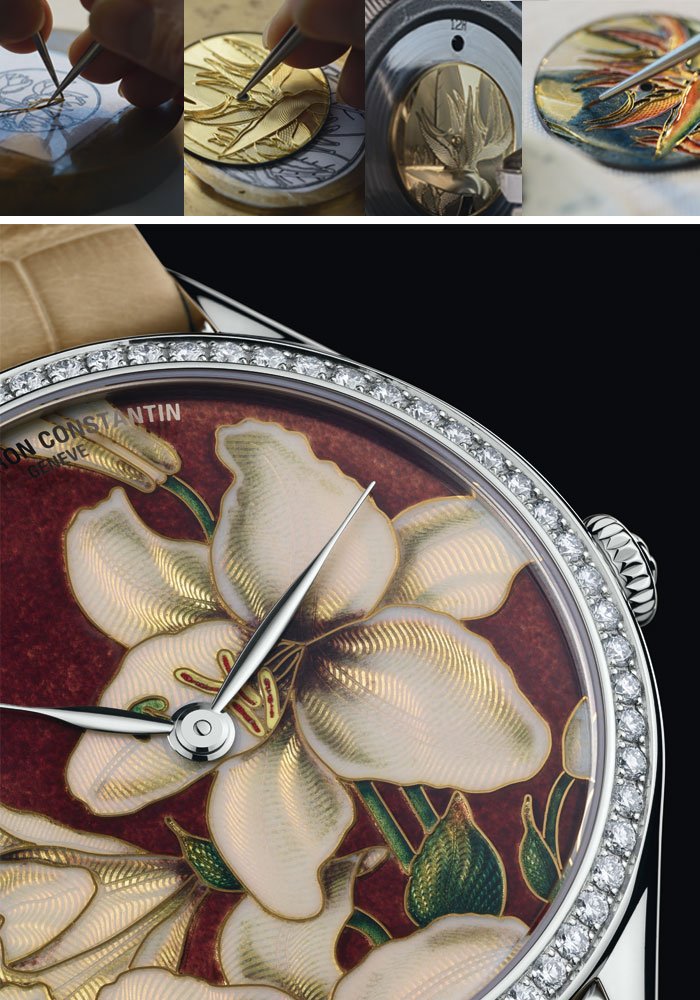 Coming back to Vacheron Constantin, what is your company’s specific approach to the artistic crafts? JM: It is a multi-faceted approach that takes various forms and uses different channels. First of all, we are committed to promoting the different crafts individually – mainly engraving, guillochage, gem-setting, enamelling – by highlighting the specifics of each one through creations that use the main themes of classic Geneva watchmaking: floral motifs, travel, reproduction of works of art. Then, in a second phase, we started a dialogue between these artistic crafts by mixing them. To do this we followed two separate paths: one using quite traditional motifs, such as the floral motifs we presented this year that use different techniques; the other using more contemporary subjects such as the Infinite Universe series, which was inspired by the engraver Escher, which allowed us to experiment by using traditional techniques in a modern way and offering something quite unique with figurative guillochage, for example. The craftsmen are now obliged to work together very closely, which considerably enriches the creative approach.

We could also mention the cultural enrichment that these crafts allow. I’m thinking here about the famous Masks series and other collaborations… JM: Throughout its long history, Vacheron Constantin has used around 20 different artistic crafts. But there are other practices used around the world. It was in this spirit of cultural openness, for example, that we worked on the Symbolique des Laques collection, using the Japanese technique of maki-e for the first time, in collaboration with the Zohiko company, which is even older than ours because it was established in 1661. The fruits of this collaboration are not only very beautiful but they are also full of emotion, poetry and culture. This type of collaboration that opens up to the cultures of the world helps us all to progress. 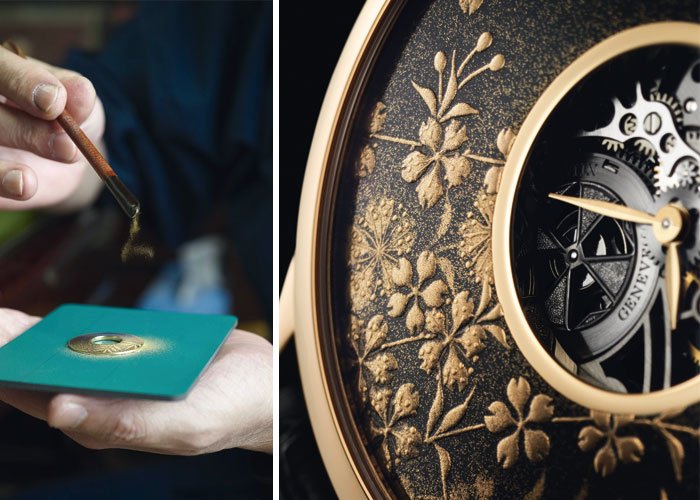 Franco Cologni has said on several occasions that he feels in step with the Italian Slow Food movement, which promotes the authenticity of products and their cultural value. Could we not talk about “slow horology” as well? JM: We live in a world that is in constant acceleration and one of the capital teachings of the artistic crafts is that you cannot shorten the time required for genuine creation. This is what gives the artisanal touch its whole beauty and taking shortcuts would only dilute this. This is the best lesson from the artistic crafts: give time all its time, give it back all its value.

FOUR CRAFTS UNDER THE SAME ROOF

Julien Marchenoir’s words are put into context on a visit to the Vacheron Constantin workshops that are dedicated to the artistic crafts. The four main crafts – enamel, engraving, guillochage, gem setting – are grouped together in a communal areas. The craftsmen are therefore encouraged to collaborate and can innovate in their traditional areas of expertise, helping them to evolve while still using the ancient techniques. While their creations use traditional techniques, the mixture of techniques opens up new possibilities and allows, through dialogue, obstacles that seemed unassailable to be overcome. This joint progress also permits a move away from the more “old fashioned” side of traditional artistic crafts and brings them to the attention of an audience that may not otherwise have been interested in them. 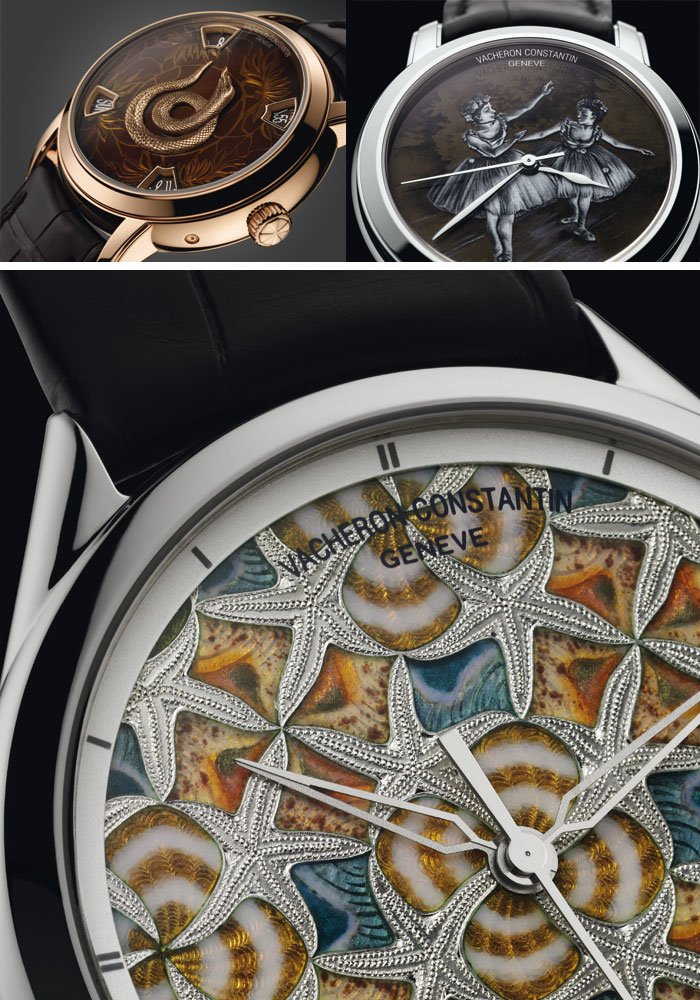 As an example, consider the technique of grisaille enamel on a translucent base that can be admired in the new Dance Class series. This technique involves painting subjects in white enamel on a very dark grisaille background in order to obtain successive gradients of colour. Because the more the white is fired, the more it dims. This allows transparencies to be created, such as the numerous superimposed layers that convey the lightness of a veil or a dancer’s tutu. The paint, Limoges white, which is not normally used in traditional watchmaking enamel, is applied with a needle and the firing is very delicate, since a slight excess can make everything disappear. 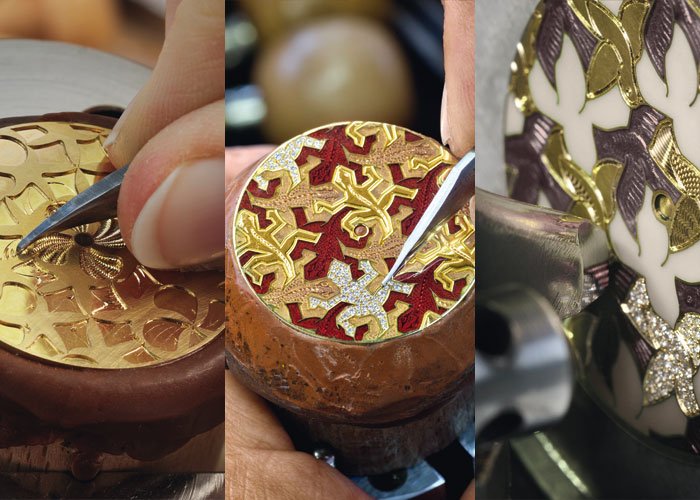 On the right: Infinite Universe collection

“A door has opened in front of us and we can now offer genuine differentiation in our timepieces.”

But the most beautiful example of collaboration between different artistic crafts is without doubt the Infinite Universe collection. Four crafts unite to create these highly contemporary pieces, inspired by the subversive graphical universe of Cornelius Escher. On the same dial we find, in order of appli-cation, engraving, preparation for gem setting, enamelling, truing, firing, glazing, gem setting and guillochage. Special figurative guillochage techniques were developed for this. As a master guillocheur at Vacheron Constantin explained to us, “we have now moved away from pure geometric shapes familiar in guillochage towards more figurative designs. A door has opened in front of us and we can now offer genuine differentiation in our timepieces.”